Volkswagen’s drive to showcase its upcoming conversion to electric power for its vehicles continued this weekend in China, where the ID.R set yet another record, this time conquering the 99 hairpin turns of the “Big Gate Road” up Tianmen Mountain. 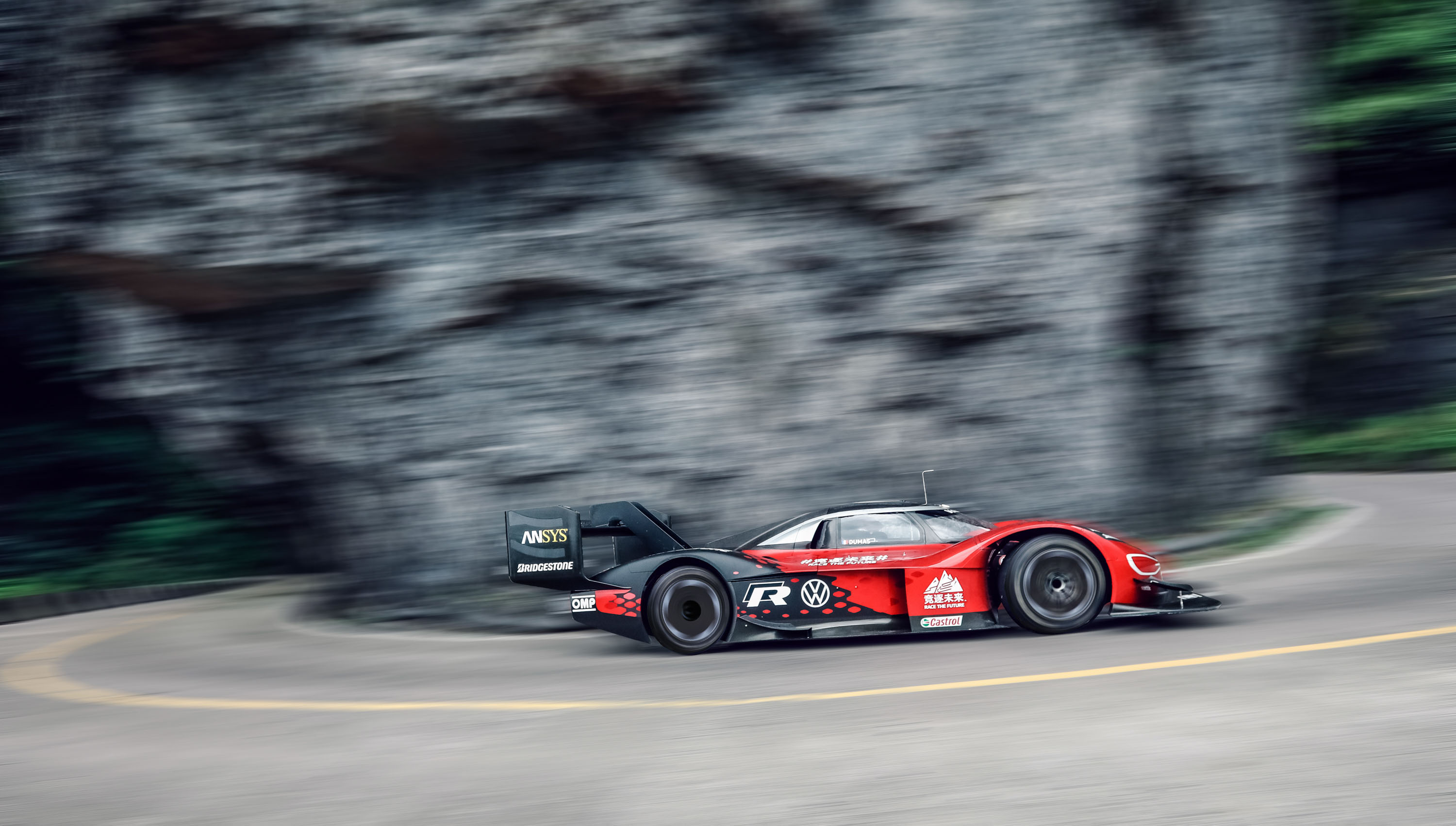 “Volkswagen has achieved a major milestone with the ID.R in China – one that literally helps drive electromobility to new highs,” the company proclaimed.

“The car is the motorsport ambassador for the new, fully electric range of vehicles from Volkswagen, the ID. family, the first of which – the ID.3 – will have its world premiere on 10 September at the Frankfurt Motor Show.”

“Not only has it proven that electric cars like the ID.R can break established records and set new benchmarks, but the ID.R also shows how emotive and exciting the mobility of the future is,” said Ralf Brandstatter, chief operating officer for VW passenger cars. 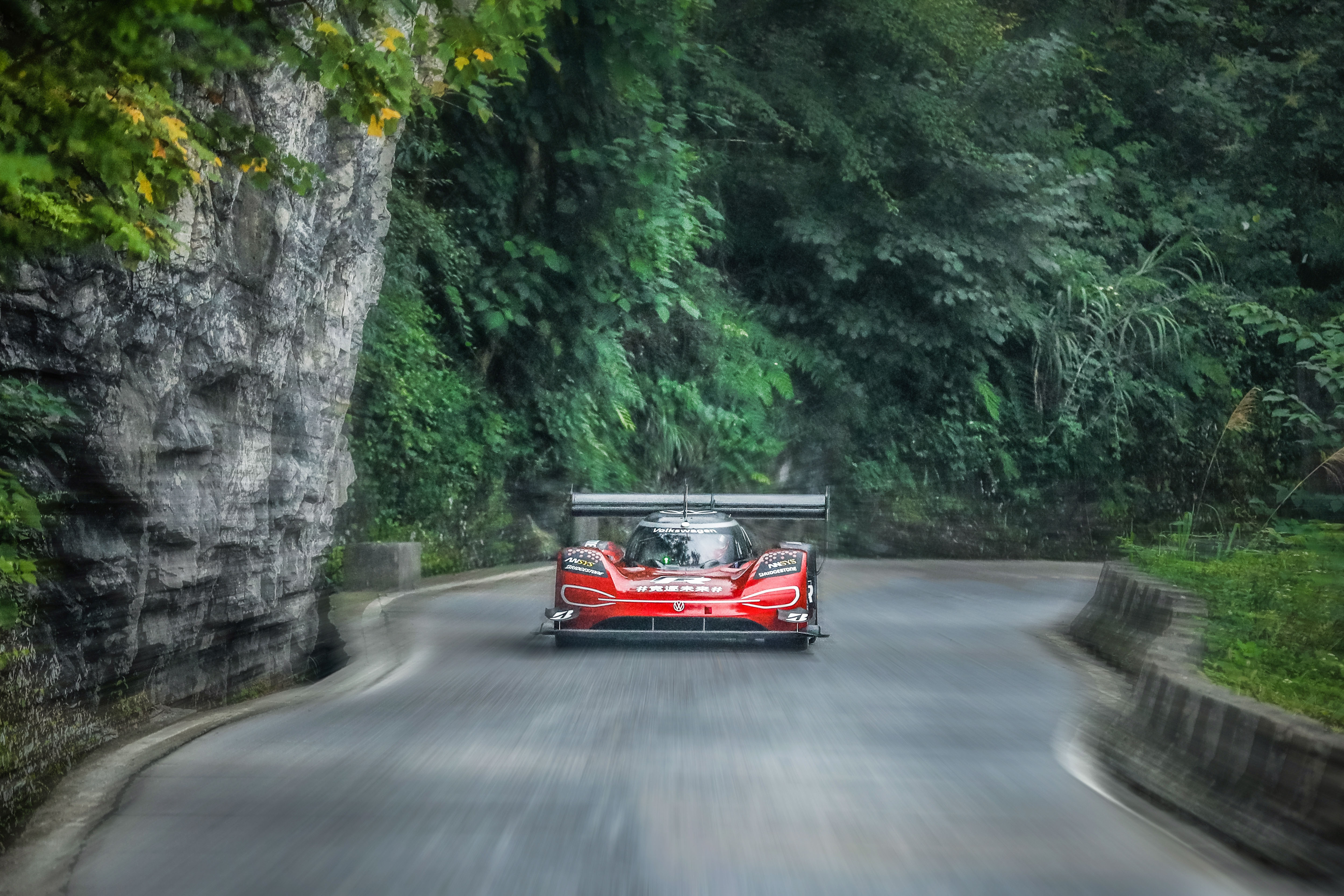 Tianmen Mountain is more than 800 miles from Beijing and climbs nearly 700 feet in elevation. It takes its name from a 425-foot natural rock arch known as “Heaven’s Gate.”

Perhaps, but with 99 hairpin turns, some with a radius of less than 20 feet, yet also with short stretches where speeds of more than 140 mph can be achieved, the road might be described more as hell from the driver’s seat.

“I will certainly remember this record run on Tianmen Mountain for ever as my most spectacular outing,” Dumas said at the summit.

“The little information and testing we had beforehand made it a huge challenge. The road is incredibly narrow and winding, but the drive was unbelievable fun with the electric power of the ID.R. The huge torque was a big advantage on the short straights, while the aerodynamics provided additional traction in the fast sections.”

“This record attempt was a special challenge for the whole team,” added Sven Smeets, VW motorsport director. “We have really broken new ground on our motorsport expedition to Tianmen Mountain. This was extremely unusual territory for a sports car like the ID.R and we had to take a whole new direction once again during preparation and car setup.”