Here’s a Chevy ‘fat girl’ to match your Harley ‘fatboy’

The Pick of the Day might be the ideal vehicle for someone who loves Harley-Davidson motorcycles, but is either at an age when he or she no longer feels safe riding, or who wants to go to motorcycle shows but also has a family or stuff to bring along.

It’s a 1947 Chevrolet Panel LWB heavy-duty “Fat Girl” Suburban that is being advertised on ClassicCars.com by a dealer in Sarasota, Florida.

According to the dealer, the HD Suburban originally was used in oil exploration and drilling in Utah. In 1960, it was converted into a Harley-Davidson service truck. In 1980, it was retired from duty and parked.

However, the dealer notes, the truck still has all of its service tools including its compressor, generator and spotlights. 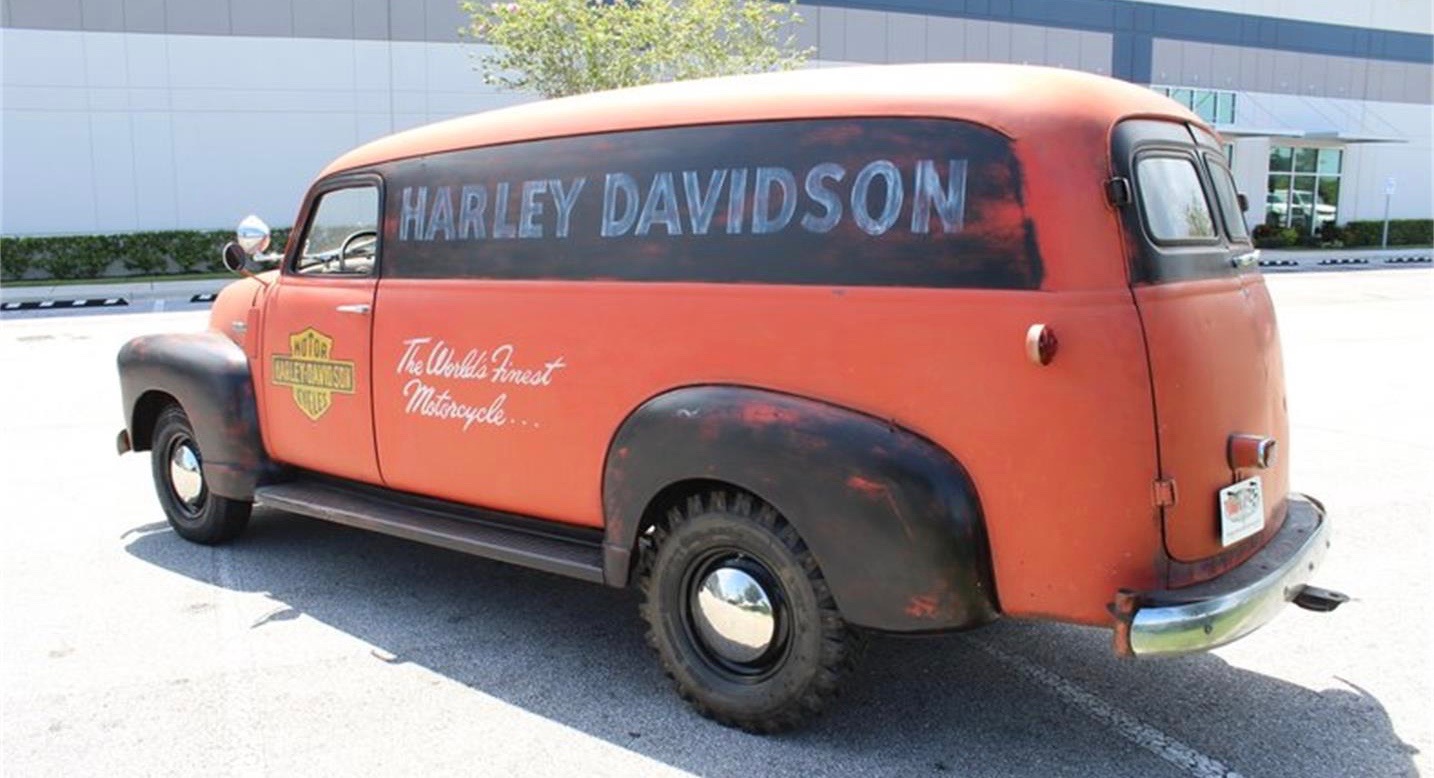 “We have done extensive mechanical restoration including all new interior and restoration of the original floors and seats, new headliner, all new brakes and ties, fuel system cleaning and electrical service,” the dealer reports.

The dealer adds that the drivetrain remains original and includes a heavy-duty “granny” low 4-speed transmission and 216cid inline 6-cylinder engine, which was rated at 90 horsepower and 174 pound-feet of torque when new.

“This fat girl runs drives and operates as intended. all original paint that has the best patina we have seen NO RUST this a solid truck with its 60 years of dents and scratches but is solid as a rock,” the dealer adds.

The vehicle is for sale for $27,500. To view this listing on ClassicCars.com, see Pick of the Day.