While the 1955 Chevy Nomad gets all the love and attention, there were a few other wagons from that model year that also have great collector car vibe.

Take the Pick of the Day, for instance, a 1955 Chevrolet Sedan Delivery that was purely a work van in its day but is now highly desired for its unabashed style, especially as a street rod. 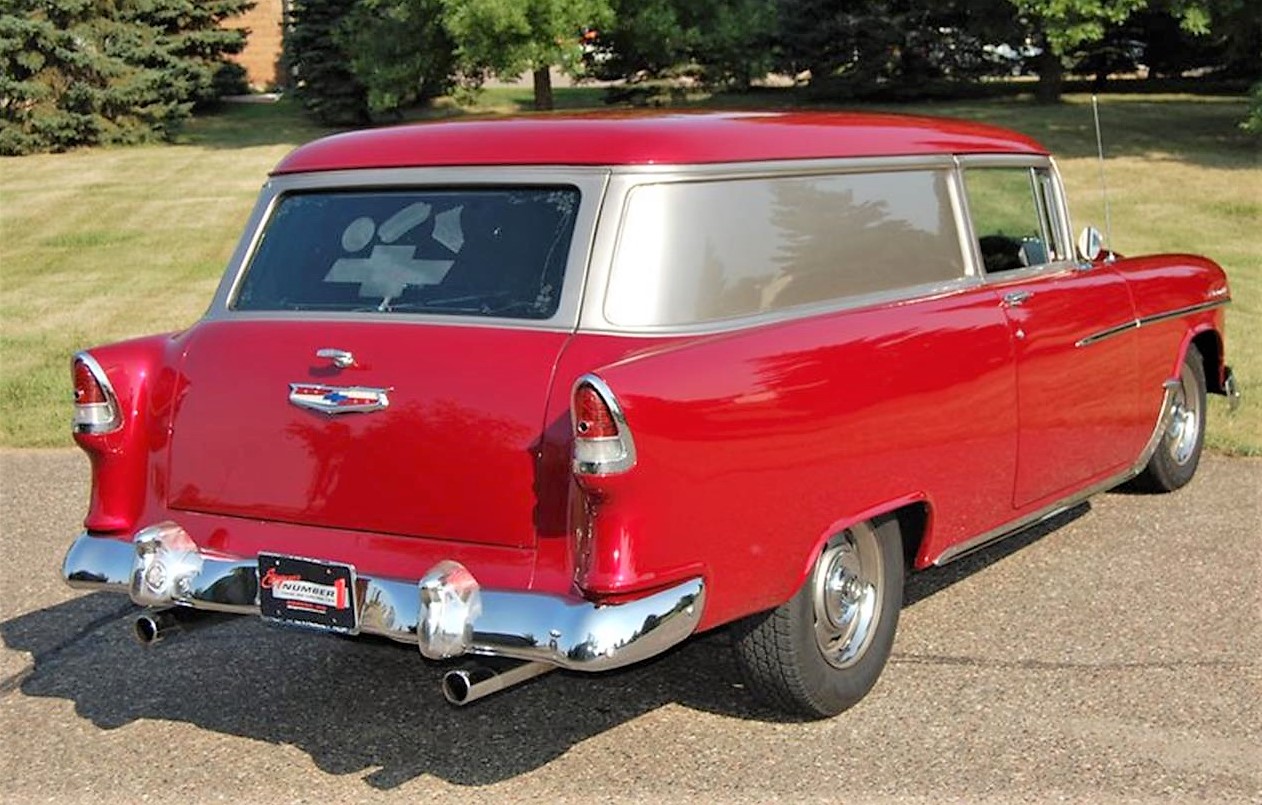 This Chevy started out life as a delivery van for Sears, according to the Rogers, Minnesota, dealer advertising the car on ClassicCars.com.  Once its work days were done, it was restored in the mid-80s, after which it became a promotional vehicle for something called ACME Mascots.

“By 2000, the Chevy Sedan Delivery was in its second restoration with numerous upgrades and add-ons, such as power windows, power door locks and new LED tail lights,” the seller says. “The exterior and interior enhancements make this vehicle a crowd pleaser.”

The ’55 now stands as a credible street rod with a clean finish and a great look. Among the improvements were a new set modern of gauges, front disc brakes, new front suspension and exhaust, and a bunch of mechanical replacements to make it road ready. 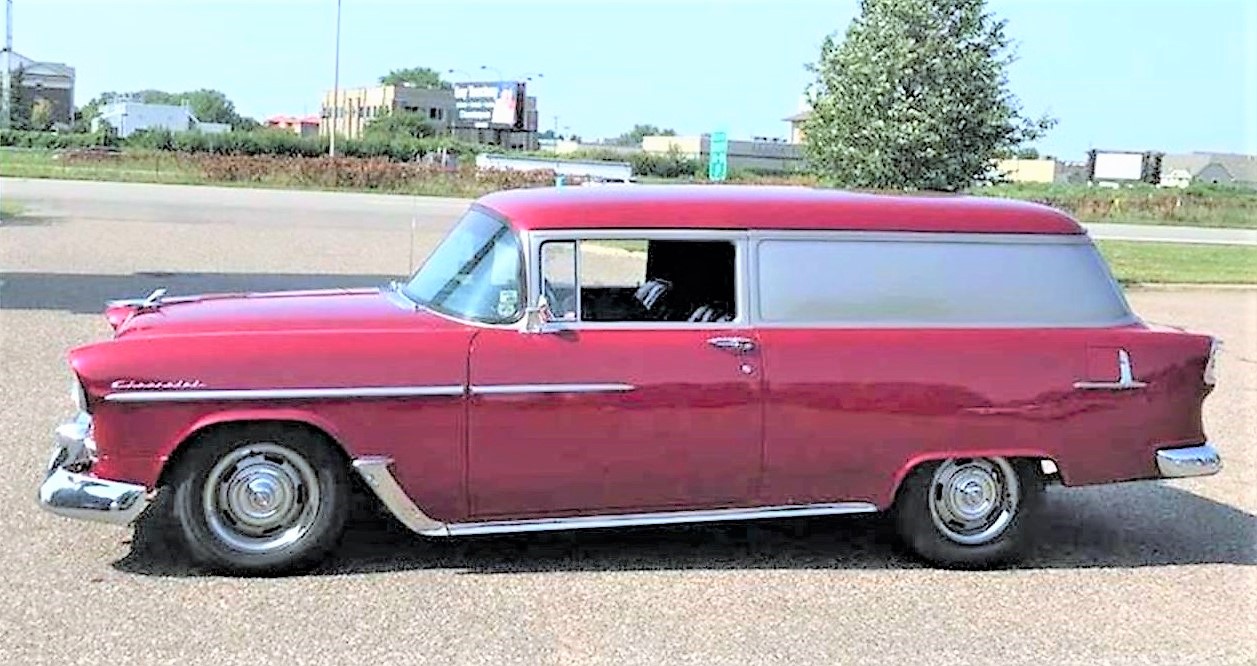 “The interior is nicely done in black vinyl bucket seats with floor shifter and a rear bench seat, all with new carpet,” the ad says.

Power is provided by a 283cid V8 with an automatic transmission, the seller notes, and the car runs great and gets decent fuel mileage.

This Chevy van would make for a nice cruiser-night ride or cross-country driver.  A small-business owner might apply a vintage-looking logo to its sides, which would be a real eye-catcher. 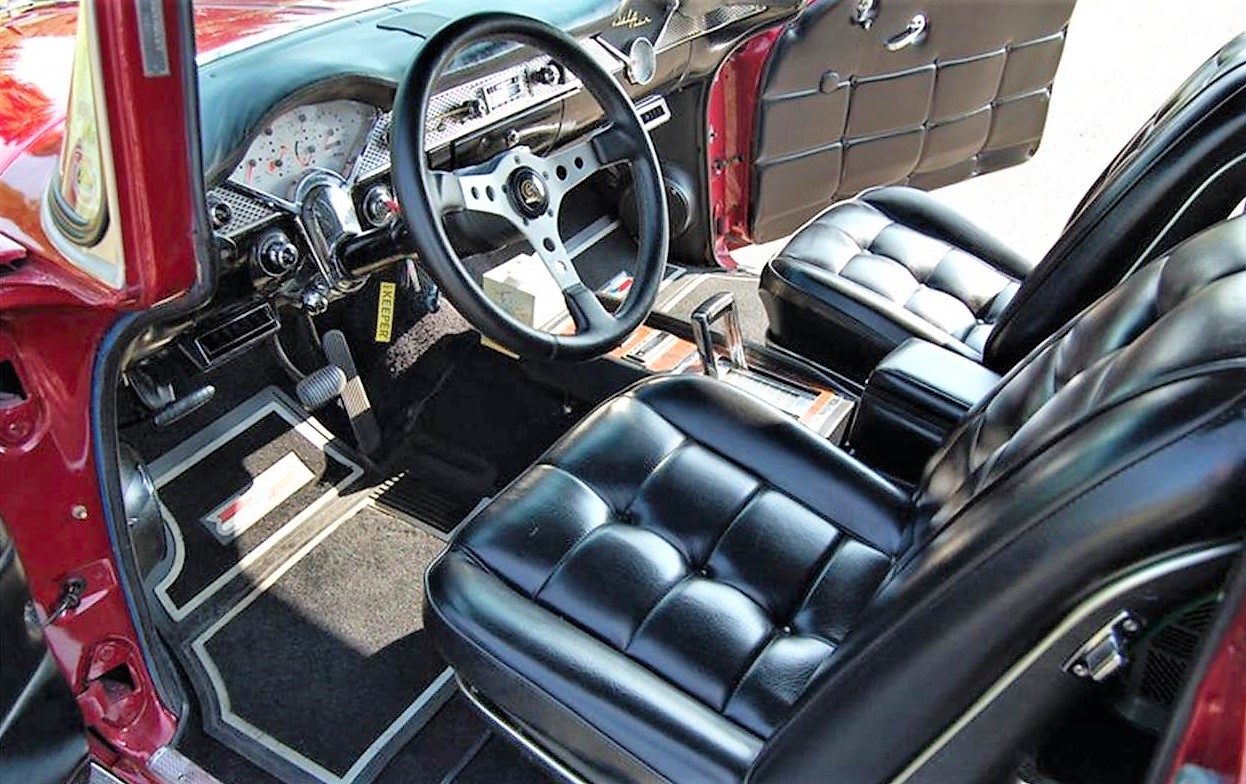 With just over 10,000 showing its odometer, presumably since its last restoration, the Sedan Delivery seems like a bargain at just $26,000.