Presented by Infiniti, the Japanese Automotive Invitational was a celebration of vintage Japanese automobiles greeted Pebble Beach Concours d’Elegance attendees at the top of Peter Hay Hill, from where they descended to the 18th fairway where the concours cars were parked. 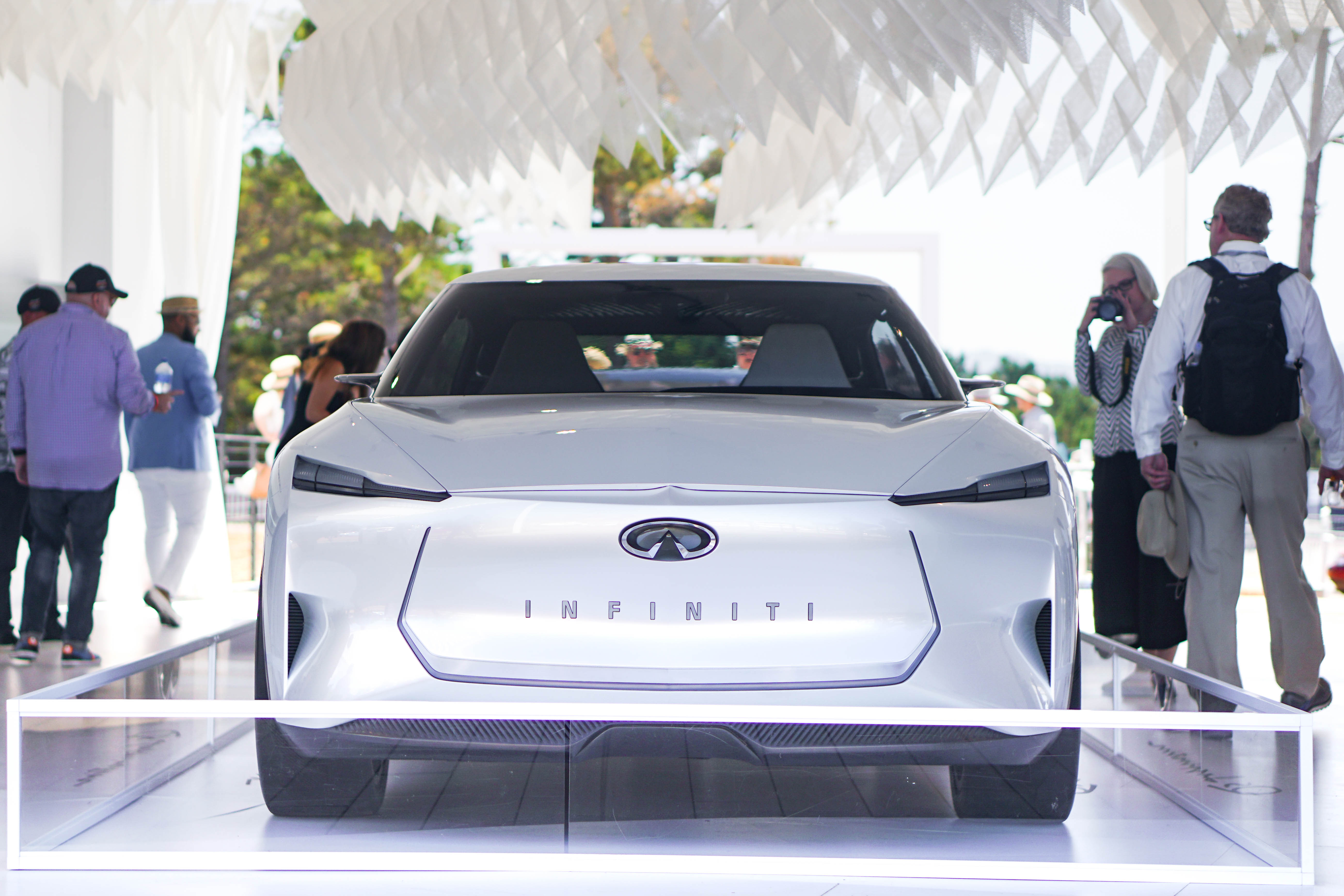 The display was hosted by Infiniti and surrounded its own corporate pavilion, where three Infiniti concept cars presented a glimpse of the Japanese automaker’s electrified future.

Those concepts were the QS, Q80 and Q Inspiration concept cars.  A favorite feature of mine was the redesigned interior of the Q80 that looked like something meant for the next Minority Report movie.  Seemingly more ergonomic, the interior still boasted the Infiniti luxury feel.

Among the icons of the past was a remarkable example of a Nissan Silvia. The car won Best of Show honors at the 2019 Japanese Automotive Invitational.  The Silvia nameplate is popular with young American auto enthusiasts because of its use on post-1974 sports coupes, but this specific car is not. Owned by Myron Vernis from Ohio the 1966 Nissan Silvia CSP 311 made its debut at the Tokyo Motor Show in September 1964. Based on the Datsun Fairlady convertible, only 554 Silvia CSP 311s were made.

The Japanese Automotive Invitational underscores the importance of automotive heritage, even for a relatively young company.

While Infiniti is only 30 years old, it already is showcasing not only all Japanese car heritage, but it’s own roots in Datsun/Nissan.

Down on the 18th fairway, the concours celebrated the centennial of the British brand, Bentley. How much longer before cars we saw on Peter Hay Hill are invited to the 18th fairway to be recognized by everyone as true classics?

It is noteworthy that as Infiniti celebrated its 30th anniversary, a perfect example of the importance of this invitational hosted by Infinity, is that as time goes on there are parts of the culture today that were highly influenced by vehicles of the past from younger companies like Infinity.  With Bentley celebrating their 100 years and Infinity 30, it’s important to take a look at some of the iconic cars that have influenced the concept cars of today.