Cash-strapped Studebaker was faced with a dilemma when it came time to upgrade its pickup truck, which had not changed in more than a decade while the Detroit competitors had modernized theirs several times.

The engineers and designers for the South Bend, Indiana, automaker hit upon an innovative solution using existing components.  For the 1960 redo, Studebaker took the previous model’s chassis and full-fendered pickup bed and created a new cab by slicing a 4-door Lark compact car behind the front doors and mounting the resulting front end onto the frame. 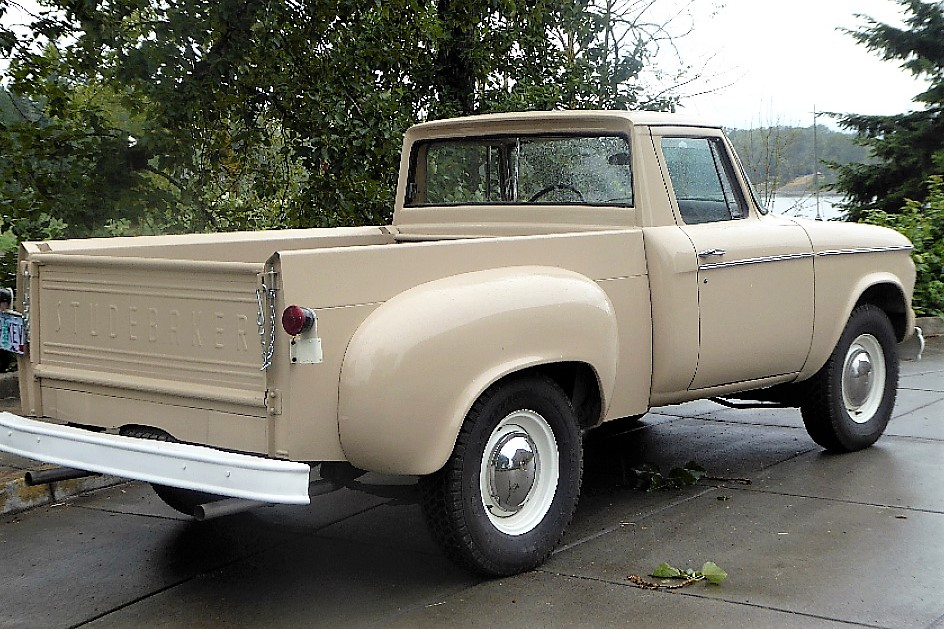 The following year, the pickup received a redesigned cargo bed that was better integrated with the Lark front, although the original 1960 model is now recognized as a collector car with considerable charm.  Although to some people, the merged design has something of a Frankenstein effect.

Production of the truck ended in 1964 as the Studebaker company headed for oblivion.

The Pick of the Day is a 1960 Studebaker Champ pickup in restored condition, according to the Gladstone, Oregon, dealer advertising the truck on ClassicCars.com. 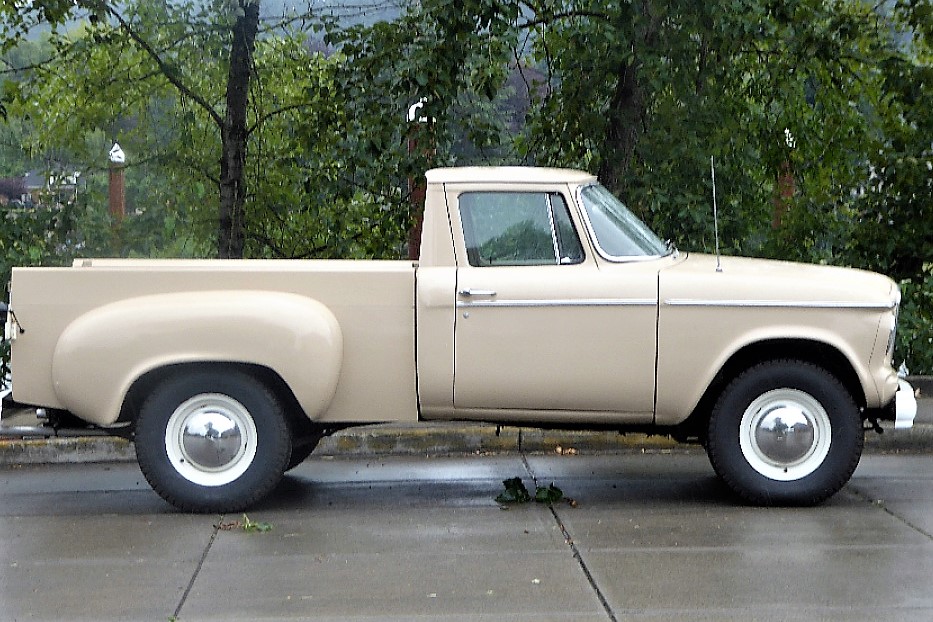 “Rarely do you come across a unique truck with its own style,” the seller says in the ad. “This beauty was restored several years ago and still looks awesome.”

A major plus for this Champ is that it’s powered by the original V8 engine – most likely a 289 cid – and 3-speed manual transmission, instead of the troublesome inline-6 that was newly developed for that model year and had durability issues.  The V8 should make the truck more drivable in modern traffic and on the open highway.

From the photos with the ad, the Studebaker looks to be in very good condition, and the restoration was done with an eye on authenticity.  The mileage is not mentioned in the ad, although a close-up of the simple gauges shows what looks to be just over 60,000 miles.  The glass is original and the chrome and stainless are in good shape, the seller notes. 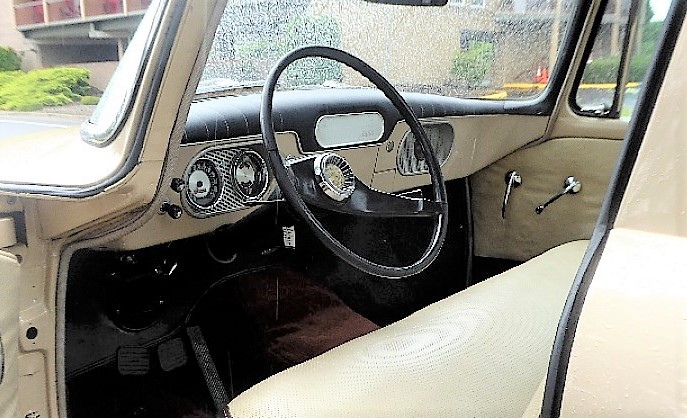 “This is a very nice Studebaker truck that can be enjoyed for many years to come,” the seller adds.

The asking price for this unusual pickup with its interesting story is $19,500.

One other thing: The 1960 Champ pickup pioneered a feature that would become common on all pickup trucks in later years – a sliding rear window.