Like Mercedes, the Doretti was named for a customer’s daughter 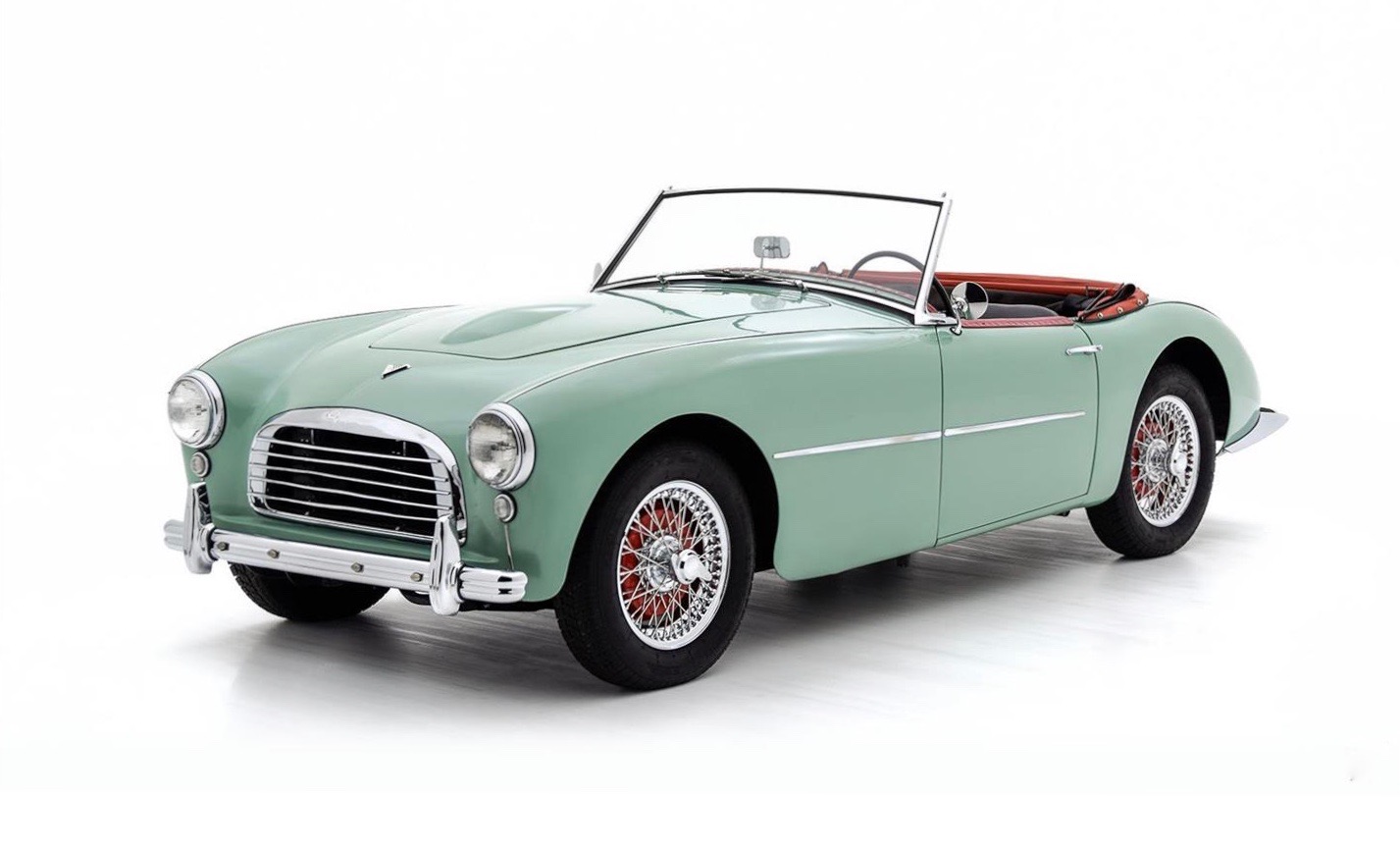 The story is well-known of how a company founded by William Lyons and William Wamsley to produce motorcycle sidecars evolved from Swallow to S.S. Cars Ltd. to Jaguar. Less well-known is the story of the Swallow Doretti sports car, produced in 1954 and 1955 by Swallow Coachbuilding Co. Ltd. of Walsall, Staffordshire, England.

We’ll try to remedy that as we examine the Pick of the Day, a 1955 Swallow Doretti offered for sale on ClassicCars.com by a dealership in St. Louis, Missouri.

“The story of the Swallow Doretti sports car of 1954 & 1955 is a fascinating footnote in the history of the British sports-car revolution,” the advertisement begins.

“The first piece of this interesting mosaic comes with the industrial conglomerate TI, also known as Tube Investments. Abingdon-based Tube Investments was founded in 1919 with the merger of several seamless steel tubing makers. The company would grow to include a number of important industrial suppliers and manufacturers across England, including Reynolds and Armstrong.

“By the 1960s, the portfolio included Raleigh, BSA, Triumph Cycles and Rudge. Swallow Coachbuilding was added in 1946 when William Lyons, founder of Swallow, sold the sidecar and coachbuilding business to TI to form Jaguar Cars. Without Lyons’ leadership, Swallow sidecar sales languished.

“In the early 1950s, bosses at TI felt that a sports car could inject some excitement into the Swallow brand, as the storied coachbuilder was still held in very high regard. The firm tapped Frank Rainbow, an ex-Bristol Aircraft engineer who served many different TI companies, to design the car. He was given a clean sheet to work with, though to save time, the engine, gearbox, rear axl, and front suspension were shared with the Triumph TR2.

“A nearly impossible timeline of nine months was given to produce a running prototype. Amazingly Rainbow and his small team came through, delivering the car in time for the 1954 London Motor Show.”

The car was based on a Chromoly steel ladder chassis. Since it was longer and wider than the TR2, the engine could be mounted in a more central location, enhancing weight distribution.

The body was produced by Panelcraft and the California importer, Arthur Anderson, suggested the car be named Doretti, a sports car accessories company run by his daugther, Dorothy Deen,

Priced between a TR2 and Austin Healey 100, the Swallow Doretti was a sales success, but production was halted after only 276 vehicles.

“History sometimes paints the Swallow Doretti as a failure given its short production run; however, the reality is that it was a victim of its own success,” the dealer notes. “Sir William Lyons did not appreciate one of his primary suppliers building a rival sports car, and he suggested that TI decide whether they wished to continue making sports cars and if he should consider a new supplier for Jaguar’s bumpers, door locks, and other parts.

“The message was received loud and clear, and without a public statement, production of the Swallow Doretti halted abruptly.”

The car on offer is chassis 1110, which the dealer describes as “a well-maintained older restoration in beautiful colors.”

“According to letters in the history file, this car was purchased by a young man from Boise, Idaho in about 1974. Sadly, he was killed in action in Vietnam soon after, and the car sat for some time before being sold to a family friend. The new owner got it back up and running, and drove it on a regular basis.

“It would be put back into storage by the next owner, who held the car for many years, though it is believed he never drove it. In the mid-1980s it was acquired by Bob Carpenter of Caldwell, Idaho who began the process of restoring the car from the ground up.

“One advantage the Doretti had over its competitors was the roomy and comfortable cabin, a definite step up from the utilitarian Triumph TR2 which it shared many of its components,” the dealer adds.

“On this example, power comes from a slightly later specification TR3A engine from 1957. The engine is well-detailed, and fitted with S.U. carburetors and a rare Doretti-branded alloy rocker cover. The additional power from the later-spec engine is welcome, as is the four-speed gearbox with overdrive.”

The car is being offered for $132,500. To view this listing on ClassicCars.com, see Pick of the Day.