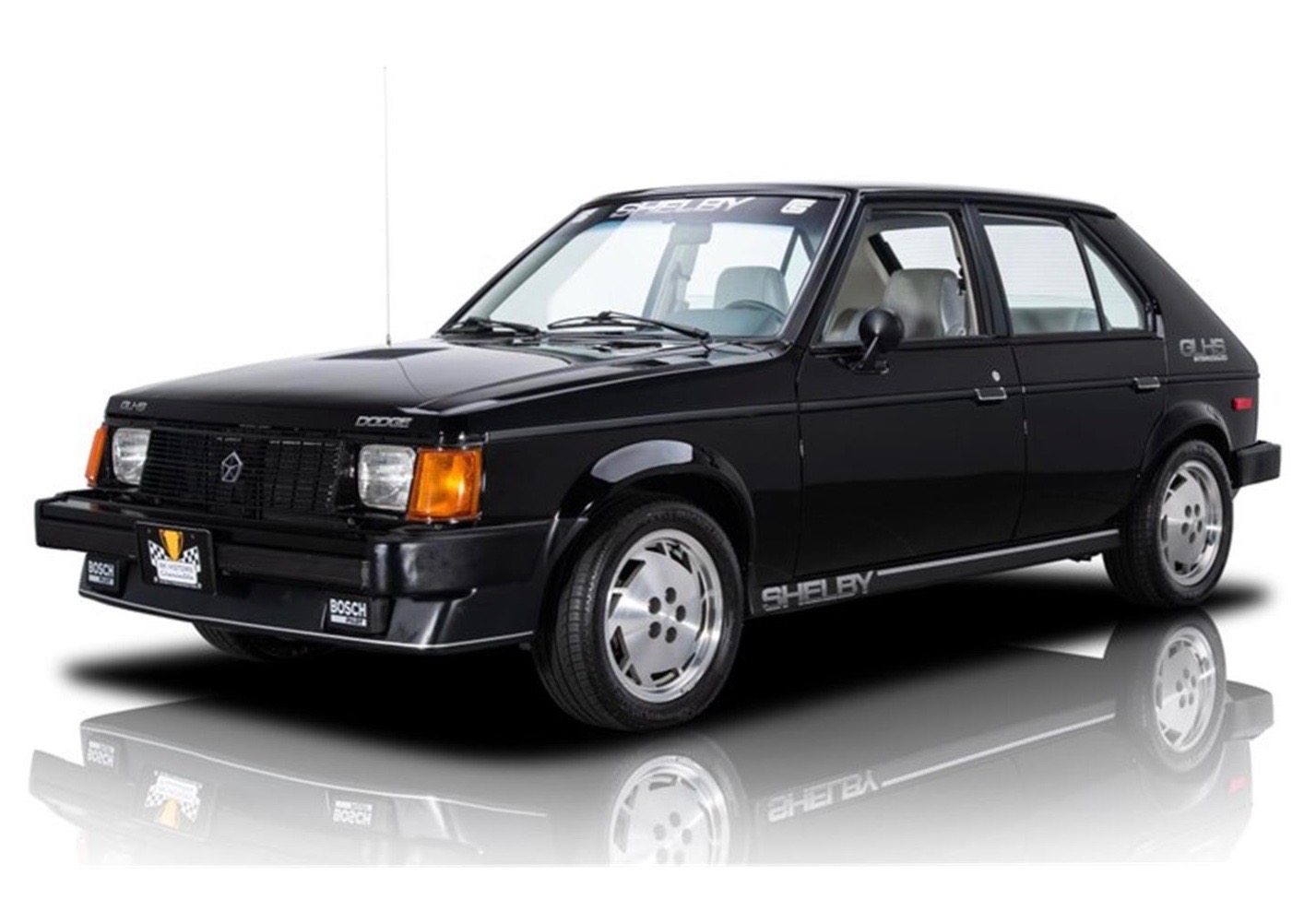 Carroll Shelby’s name may be affiliated most closely with a series of souped-up Ford Mustangs, but there was a time when Ol’ Shel’ was working his muscle-car magic in behalf of Chrysler Corporation. The Pick of the Day is one of those cars, a 1986 Dodge Shelby GLHS being advertised on ClassicCars.com by a dealership in Charlotte, North Carolina.

The GLHS was based on the Dodge Omni GLH, a compact hatchback launched for the 1978 model year with a Volkswagen-produced but Chrysler-modified 1.7-liter 4-cylinder engine driving its front wheels.

By 1983, the VW engine was replaced with a 1.6-liter unit from Peugeot and a year later, Dodge offered the Omni with the 110 horsepower 2.2-liter 4-banger from the Charger, then a compact 2-door fastback and labeled that version as the GLH, those letters being short for “Goes Like Hell.” 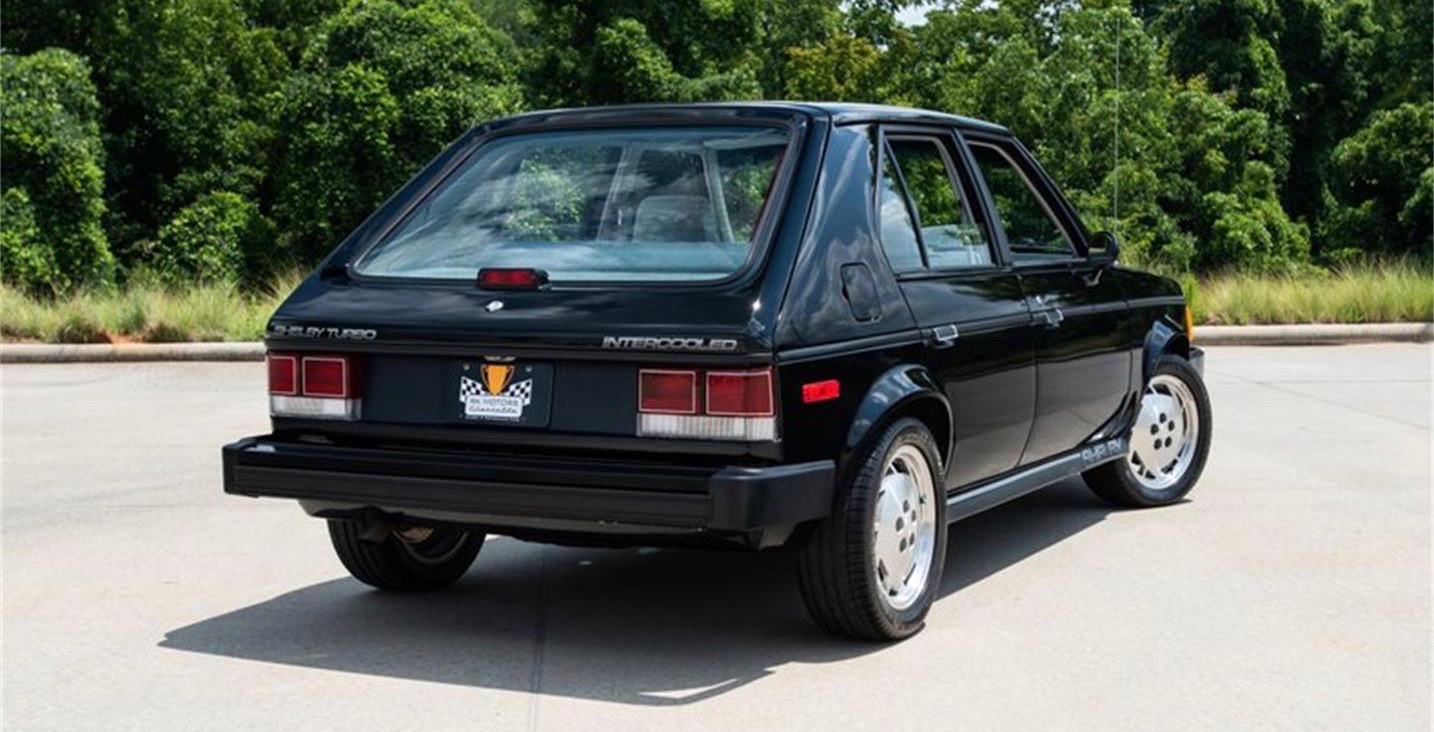 For 1986, the Chrysler Shelby Performance Center had been established in Santa Fe Springs, California, and produced Shelby breathed-on versions of the Omni and the Charger.

The Omni got Koni shocks and struts, special Shelby wheels, and an intercooled turbocharger that boosted horsepower to 175 and torque to 200 pound-feet. The cars, and there only 500 of them, reportedly could sprint to 60 mph in 6.5 seconds and turn the quarter-mile in less than 15 seconds on the drag strip. 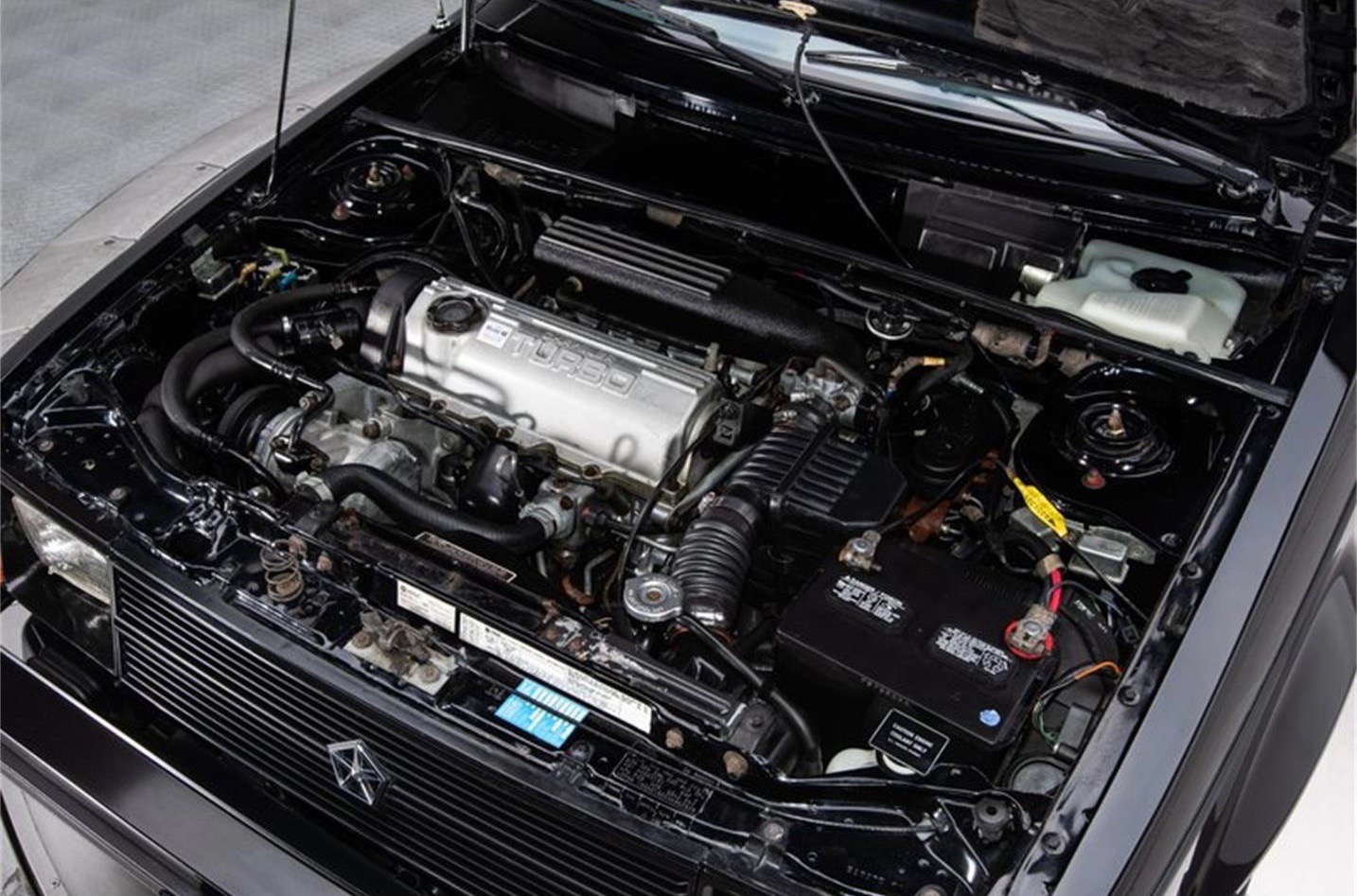 The dealer notes that it is a 3-owner survivor. The first owner bought it from a dealership in Canoga Park, California, and had the car for 8 years, but drove it only 18 miles during that period. The second owner didn’t live far away and had the car for 13 years. The third owner put 8,800 of the total 13,839 miles on its odometer before it was acquired in mid-2019 by the dealership.

“With low window sills, 2.5-box proportions and 100% original paint, this Shelby is a model of ’80s cool.,” the dealership reports.

“At the front of the car, an aggressive air dam frames bright Bosch Pilot fog lamps beneath a monochromatic bumper and a body-matched, Pentastar-branded grille. At the top of that grille, a vented hood reflects ‘DODGE’ and ‘GLHS’ decals opposite Shelby-branded glass that’s framed in Satin Black trim.

“At the base of that glass, a planar, GLHS-branded profile hangs black door handles and matte trim spears between stylish mirrors and aggressive, Shelby-branded rockers. And at the back of that profile, a second monochromatic bumper frames clean taillights, a full array of hatch decals and a small Center High Mount Stop Lamp.” 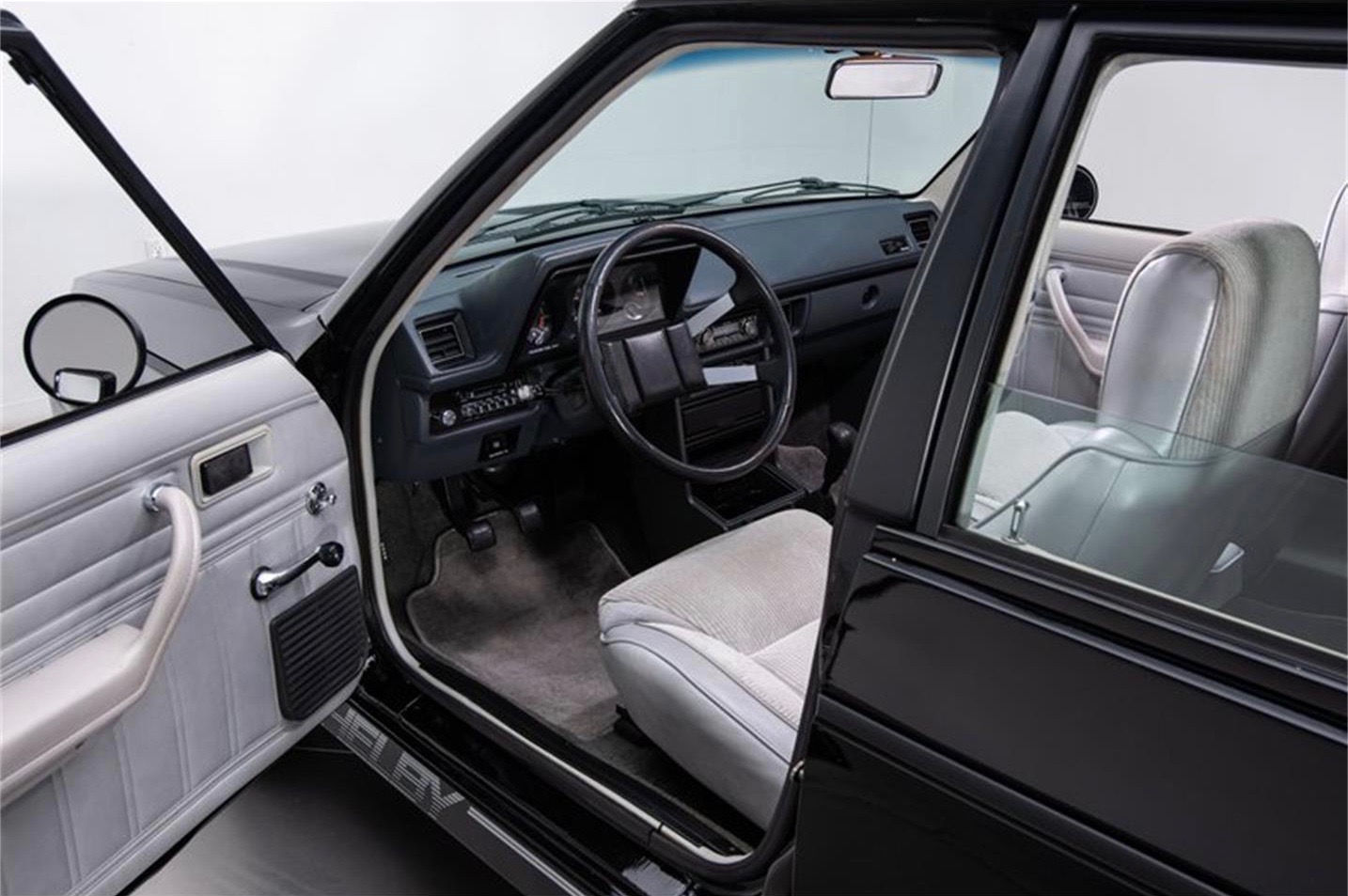 GLHS cars came with a 5-speed and front power disc brakes. This one also has factory air conditioning.

“Between the doors, a sedate tri-tone cockpit shows hardly any signs of wear,” the dealer adds. “Cloth-lined seats keep passengers as comfortable for quick blasts of speed as they do during long road trips. Front and center, a pliable dash founds factory air conditioning beneath factory telemetry that’s complete with a correct 135 MPH speedometer overlay.

“At the base of the dash, a boxy console frames a short shifter that’s finished with a leather-wrapped Momo knob. A modern Kenwood head unit bumps crisp Polk Audio speakers. The driver twists a leather-wrapped Izumi steering wheel. And naturally, there’s a prominent Shelby plaque that lists this GLHS’s sequential production number.”