“Friendly eyes, laugh lines around the corners of his mouth and an Italian singsong in his voice,” Bugatti Automobiles says of the man who has driven more fast miles in testing its vehicles than anyone.

“When Loris Bicocchi talks about his passion, he has every listener under his spell,” the company continues. “And Bicocchi has a lot to tell.

“Not about himself though, the native Italian is far too modest. He prefers to talk about cars, more specifically about super and hyper sports cars and especially about Bugatti. The brand that he’s not only been working for as a test and development driver for decades, but for which he has also set some remarkable records.”

Bicocchi couldn’t afford to buy a sports car when he graduated from school in Sant’Agata Bolognese in 1974, but he landed a job locally, as a warehouse worker with Lamborghini. After a year he was given the opportunity to work as a mechanic at the company and a year later to become a test driver for the Countach.

“That’s how I fulfilled my dream in the early 20s – and was able to enjoy it for a very long time,” the 61-year-old recalled.

And it got even better in 1987 when Romano Artioli bought the rights to the Bugatti brand and planned to develop “the technically best super sports cars of the modern era.

“To find qualified personnel easier, he moved his new production facility to the vicinity of Italian supercar brands such as Ferrari, Maserati and Lamborghini,” Bugatti continued in its Bicocchi profile.

“He convinced experienced employees to join him. Paolo Stanzani for example, among others; was a Lamborghini developer and designer that joined his team.

“Paolo called me one day and invited me to a meeting,” Bicocchi recalled. “He told me about the project and asked me directly if I would like to have an exciting job.”

That job would be the development of a new supercar with four-wheel drive and a V12 engine boosted by a quartet of turbochargers. The car also was the first production vehicle with a carbon monocoque . 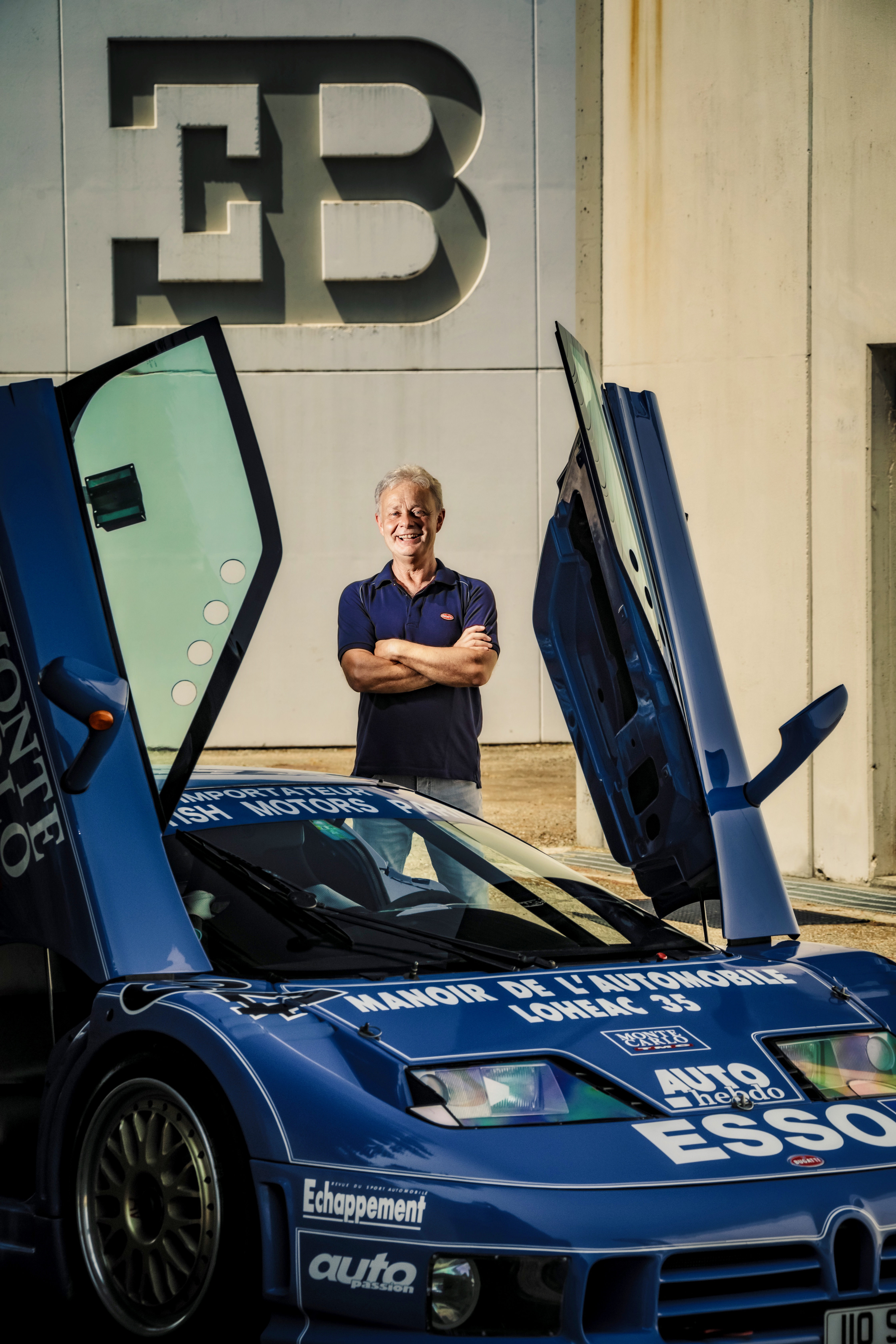 “Everything was new with the EB110, there were no reference points, so I was allowed to test a lot,” Bicocchi said. “I’m still amazed how modern the car is today. Direct, clean, light and darn fast.

“For me, the job was perfect because I wanted to be able to develop myself, drive even faster cars and at no costs let the steering wheel out of my hands,” said Bicocchi, who basically spent every day from 1990 to 1995 in the car.

What took so long? Well, among other things, in the first version tested, the ratio of weight on the front and rear axles was 40/60. After Bicocchi was finished, it was 28/72.

“This gives the car the best performance,” he said. “That’s why I drove many miles and many hours between 1990 and 1995. How many were exactly, but I cannot say more. Every day I sat in a Bugatti — it was like a never-ending dream.“

And then, in 2000, he took a phone call from an engineer working for a reborn Bugatti, a company resurrected by the Volkswagen group.

“Like the EB110, everything was new with Veyron, “ Bicocchi said. “It was extraordinary. There was no predecessor, the performance with more than 1000 horsepower and the speed range of over 400 km/h were unimaginably large.”

“Starting with the second prototype of the Veyron, his work focused on the chassis, suspension, brakes, tires and steering,” the company said. 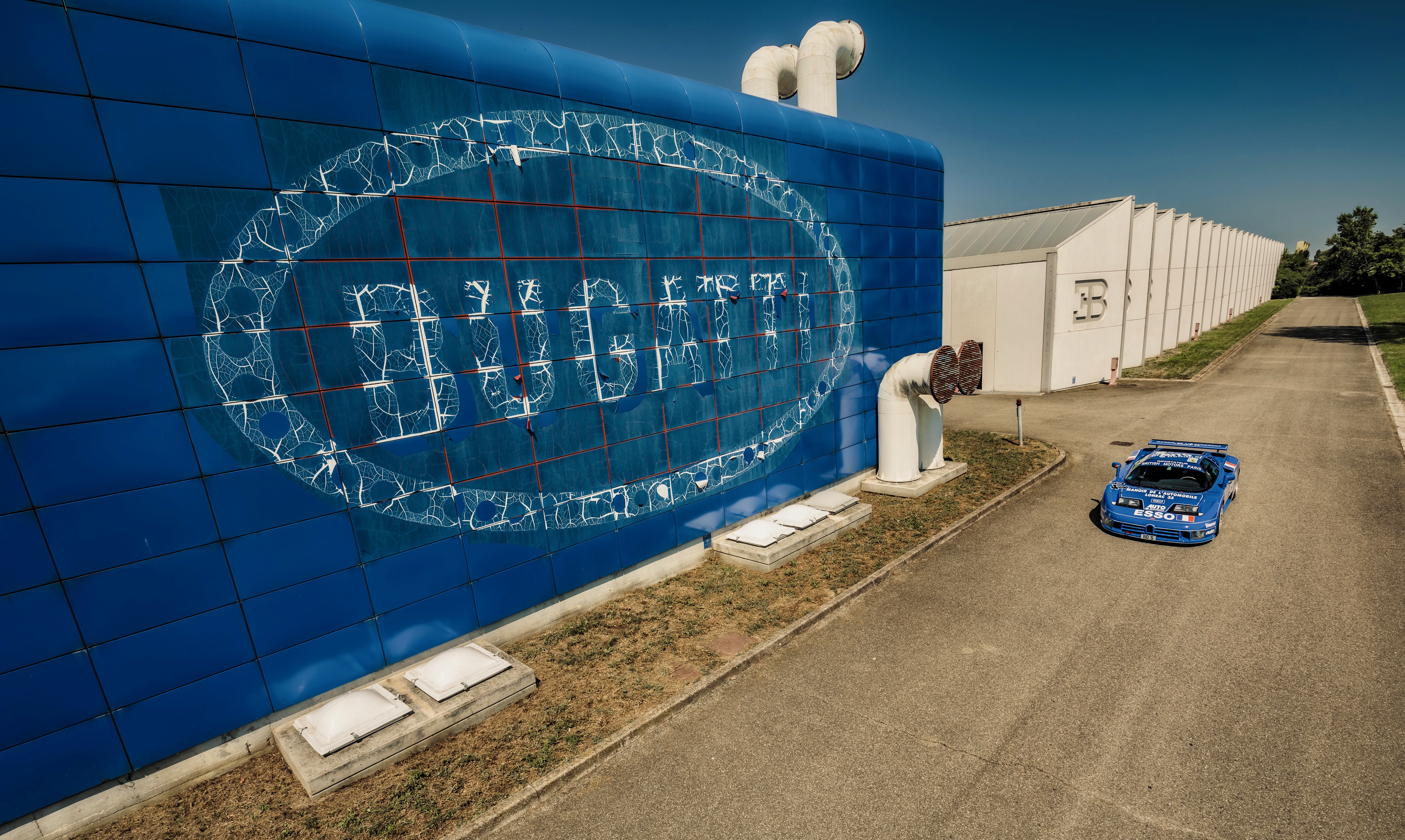 “The test work was very challenging because Bugatti pushed back into a speed range where no-one had used a production car before,” Bicocchi said, whose tasks included making sure the driver of such a car would not be overburdened behind the wheel.

“The angle of attack of the flap, spoiler or diffuser can change the entire driving behavior with a millimeter difference, especially at high speeds,” he said. “Therefore, we had to approach the optimal setting via very small steps. It was the ultimate fine tuning.”

Well, until work began on the car’s successor, the Chiron.

Once again, it was starting something new.

“Everything was unique on the Veyron, but the Chiron is not just an evolution, it’s a new car,” Bicocchi said. “Because a new design changed the aerodynamics, the chassis, the engine, the steering, just everything. The hydraulic steering was changed to an electric one that works even finer, more direct and more precise with an even better feedback than the Veyron. In addition, the four-wheel drive runs more accurately, gives an even better performance on the road and ensures better traction.

“The Chiron1 is even more dynamic, but also safer and more relaxed,” he said.

“We just made the perfect even better,” Bicocchi added.