Marmon was an important car company in the early days of motoring that hardly anyone remembers today.  Most notably, a Marmon Wasp was the winner of the first Indianapolis 500 race in 1911; that bright-yellow racer also had the first-known rear-view mirror.

Based in Indianapolis, Marmon produced motorcars from 1903 through 1933.

The Pick of the Day is a 1924 Marmon Wasp Model 34B Speedster, presented in recognition of today’s Pebble Beach Concours d’Elegance, where a car like this could have a place on the show field. 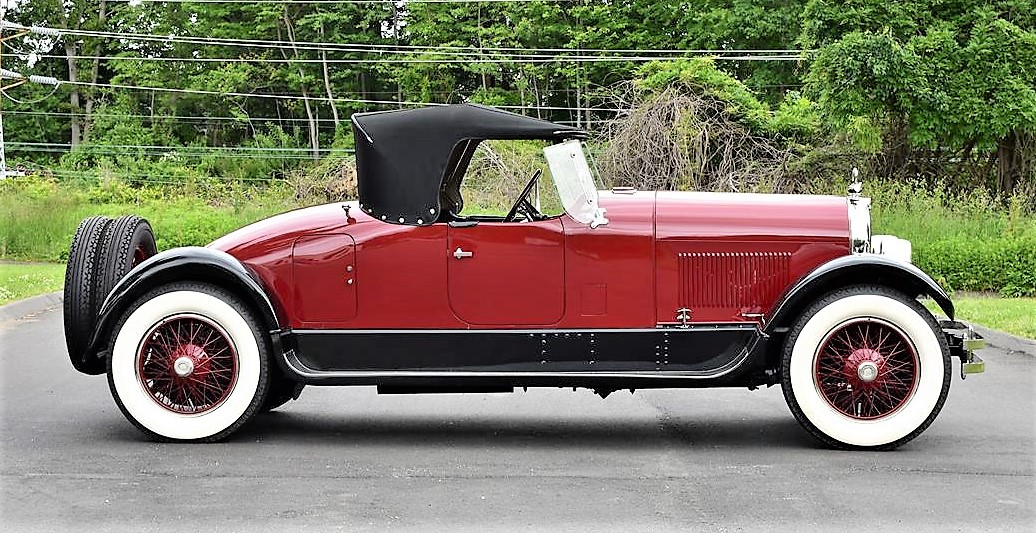 The Wasp is a rakish sports car from the days of racoon coats and Dixieland jazz, a wealthy gentleman’s runabout with an abundance of style.  This Wasp was recently restored and is in excellent condition, according to the Orange, Connecticut, dealer advertising the Marmon on ClassicCars.com.

The speedster also has a connection to one of today’s best-known collector car personalities.

“Just one family owned for over 70 years, Wayne Carini from Chasing Classic Cars found this Marmon in New Jersey in 2016,” the seller says in the ad. “We purchased the car from Wayne and just last year completed a full restoration of the car. 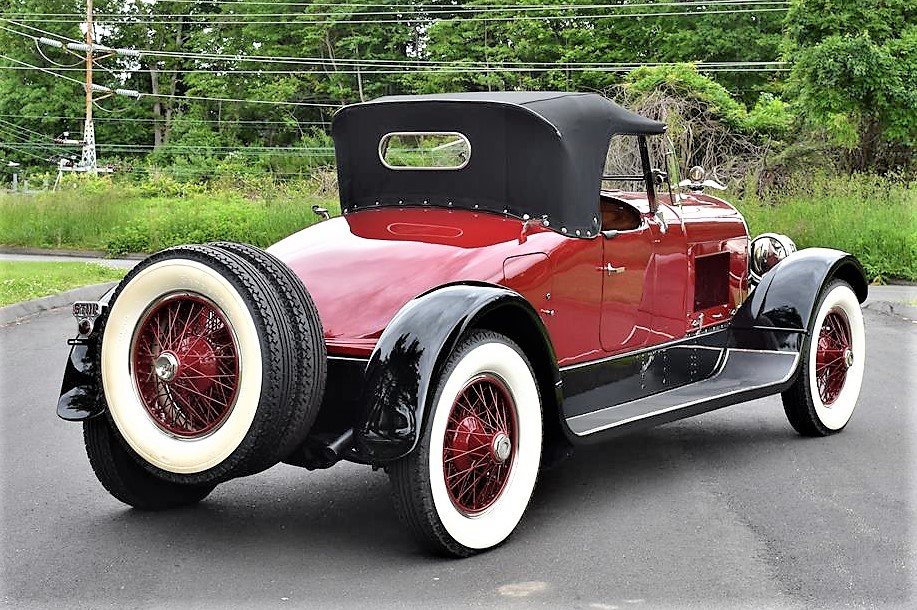 “It is finished in its original color of red with black fenders and black leather interior. Sporting 6 Buffalo wire wheels, dual rear-mounted spare wheels and the bobtail body, this car is a really sporty and exciting car.

“Very few of the 34B speedsters exist today and this car is an incredibly well-preserved car with a wonderful restoration making this car ready for showing at the concours level or top-down driving.” 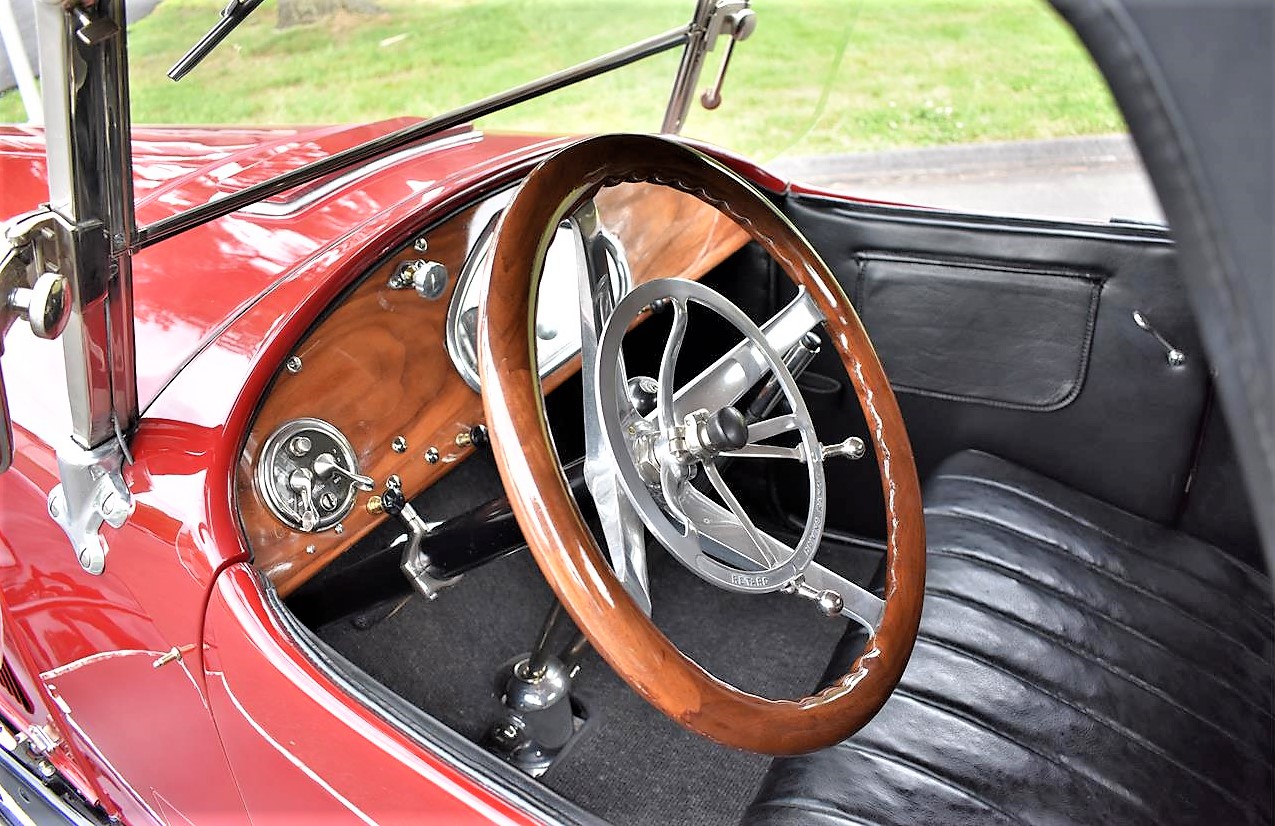 The Wasp looks absolutely spectacular in the multiple photos with the ad, showing off its classic roadster form over a set of wide whitewall tires.  The Model 34 was an advanced car for its era, with an overhead-valve straight-6 engine and “unification” construction, which previewed modern unibody automobiles. 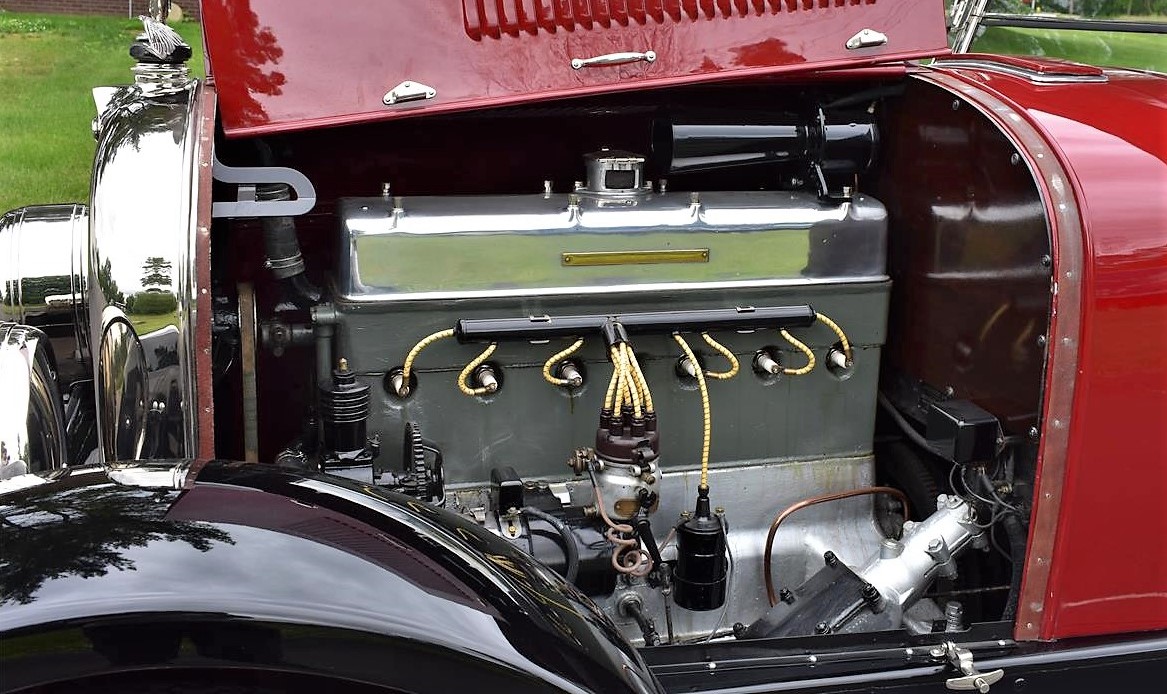 Carini discovered the Marmon in New Jersey, and purchased it from a pair of brothers who at one time held a world record in high-wheel bicycling.  The acquisition of the Wasp was chronicled in an episode of Chasing Classic Cars on the Velocity channel.