Whenever I walk into a Gooding & Company collector car auction and see the glorious array of top-notch automobiles lined up in neat rows, I like to play a game with myself.  It’s called: Money Is No Object.

That way, I can browse through the offerings, whether they be seven- or eight-figure Ferraris or restored antiques from the early days, and consider them without worrying about what they’re worth.  Which is usually plenty, these days.

Gooding has once again brought together a wonderful gathering of worthy automobiles, leaning heavily on Ferraris and Porsches. By the numbers, Ferrari has Porsche beat this year, 29-16, out of about 140 vehicles that will be crossing the block August 16-17 in Pebble Beach, California.

There’s also a solid contingent of Aston Martins, Jaguars and Mercedes-Benzes, plus five quirky Citroens and a few fine Bugattis, including a spectacular 1936 Type 57 Atalante coupe.  Most of the U.S. cars are pre-war classics from such esteemed brands as Packard and Stutz, plus a trio of 1949 Series 62 Cadillacs – a Coupe de Ville, a Sedanette and a convertible – and a pair of desirably equipped Chevy Corvettes from the 1960s.

The auction’s star car is an amazing piece of Italian royalty, a 1958 Ferrari 250 GT LWB California Spider with a pre-auction estimated value of $11 million to $13 million.  But the most stunning eye catcher among them has to be the Alfa Romeo 6C 3000 CM Superflow IV, an audacious concept car designed by Pinin Farina with a sweeping transparent roof.

So, in line with my Money Is No Object perspective, here are a few of the cars I would like to have: 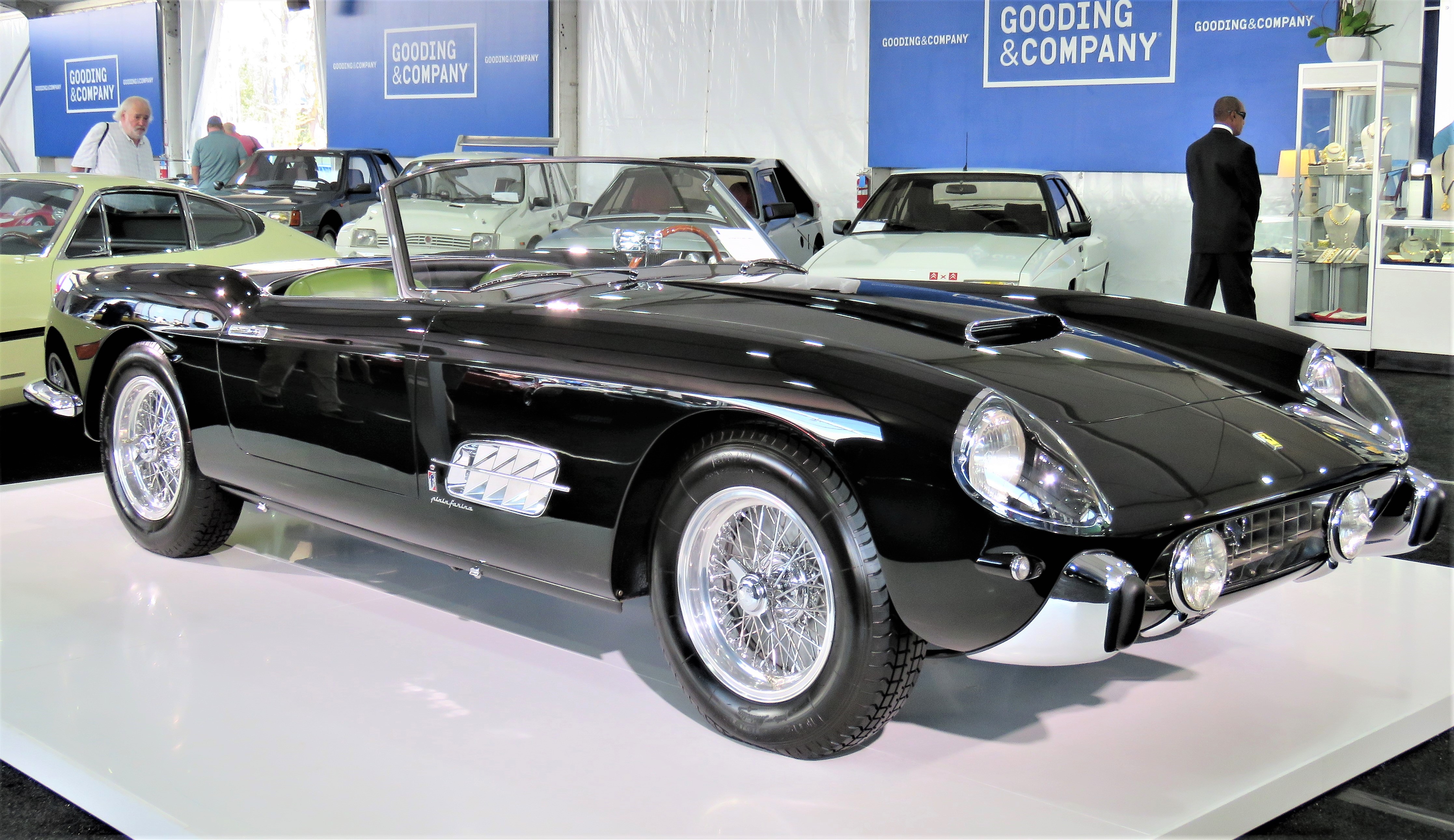 Starting at the top, I’ve eschewed the Gooding star car in favor of another piece of Ferrari finery, which the auction house calls “a masterpiece of Italian design.”  Indeed, this one has so much charisma that you expect it to speak for itself.  Gorgeously styled by Pinin Farina with covered headlights and black paint that looks a foot deep, and an interior finished in attractive green leather, this car was originally owned by Italian Prince Alessandro “Dado” Ruspoli, whose over-the-top playboy lifestyle was the inspiration for Fellini’s landmark film La Dolce Vita. I ask you, what more could you want? 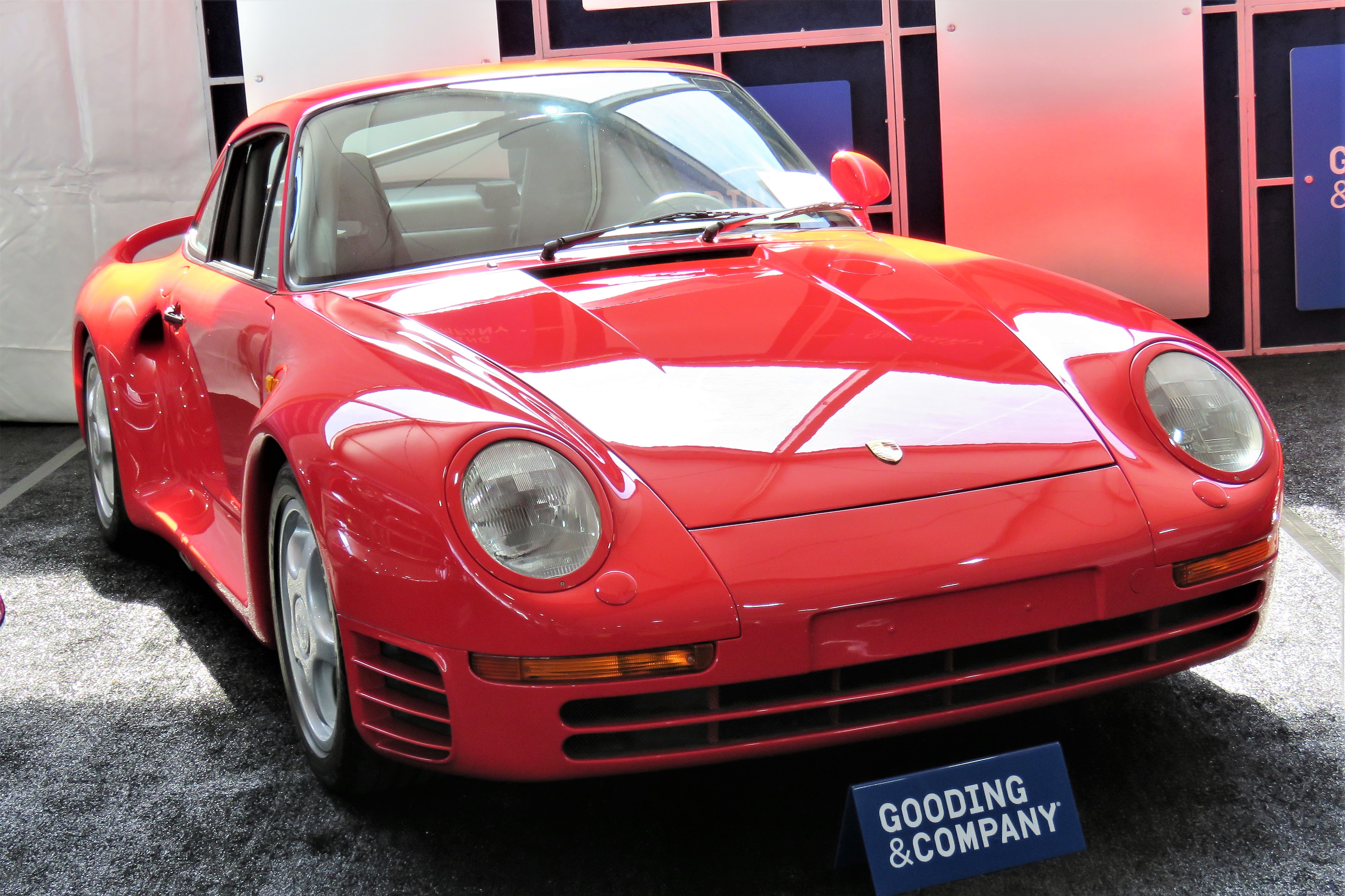 The undisputed greatest supercar of the 1980s, the 959 was a marvel of technology, the first high-performance sports car with 4-wheel drive, and powered by a 2.9-liter flat-6 engine fed by twin turbochargers that blasted out 450 horsepower with a top speed nearing 200 mph.  How great is it that this stunning supercar also won the grueling Paris-Dakar Rally?  This is the no-holds-barred Sport model that’s good for just about anything you throw at it. 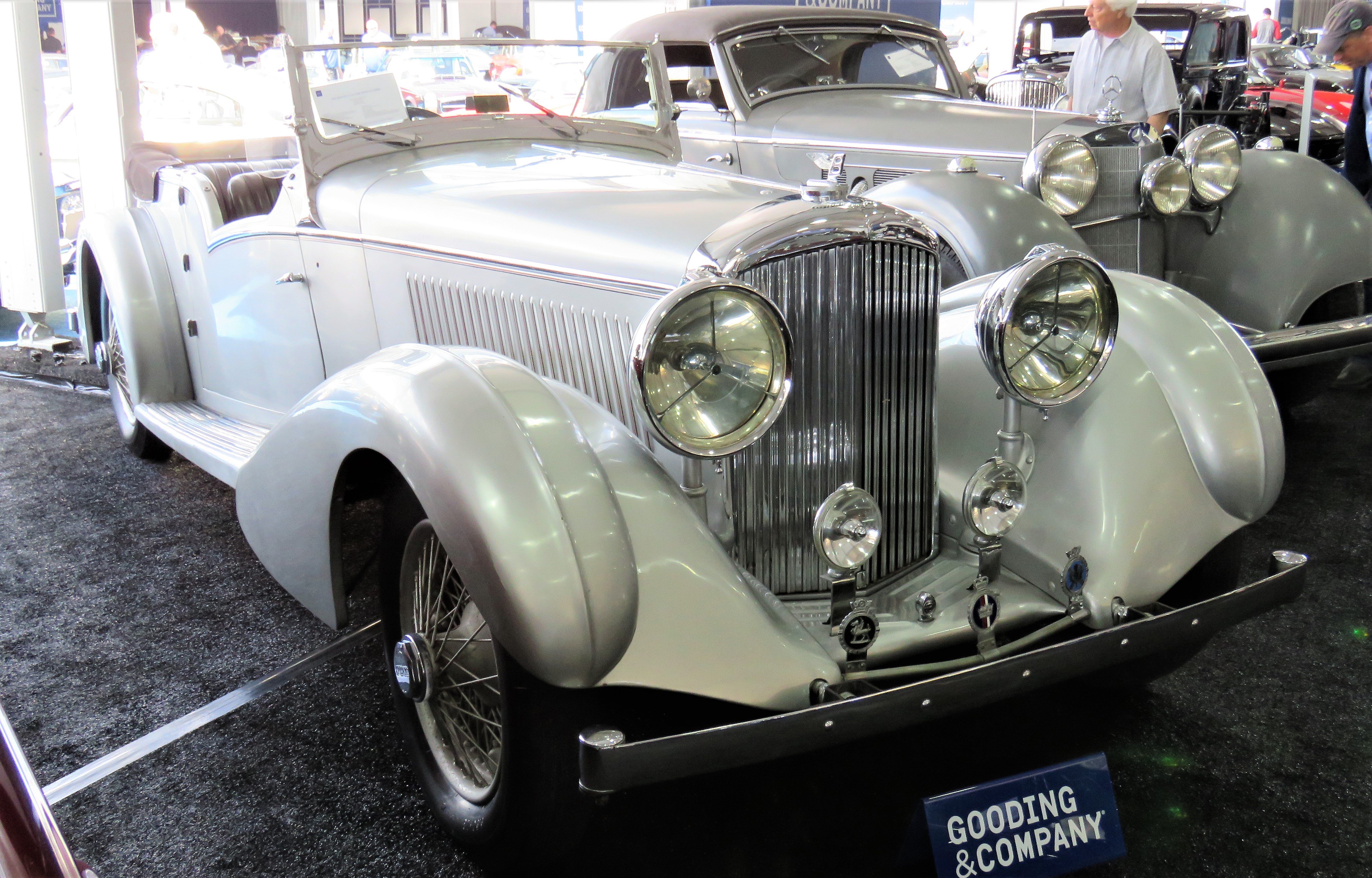 Since this is the year of Bentley’s 100th anniversary, which the Pebble Beach Concours d’Elegance is celebrating with exuberance, here’s a lovely example of one of the famed Derby Bentleys graced with elegant coachwork by Vanden Plas.  It’s also a totally cool old car that would be a joy to take on cross-country rallies. 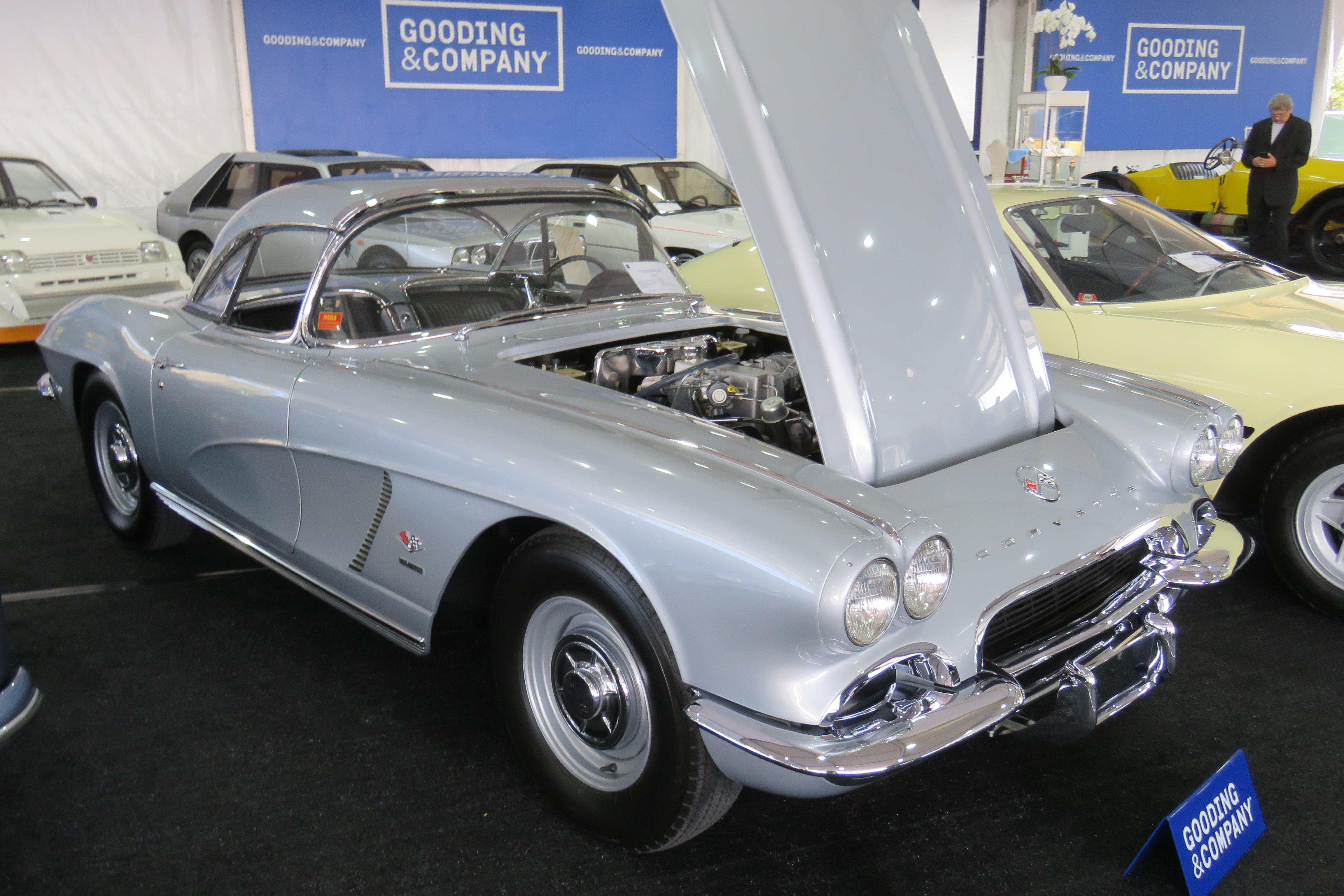 This is another kind of automotive royalty, the pinnacle of C1 performance, a big-tank, big-brakes fuelie with matching numbers and restored in its original colors and configuration.  It’s also a Southern California Black Plate car.  The roadster been awarded the coveted Bloomington Gold Certification, NCRS Top Flight award and the Duntov Mark of Excellence award. Plus, it’s drop-dead gorgeous. For Vette fans, it doesn’t come much better than this.  I concur. 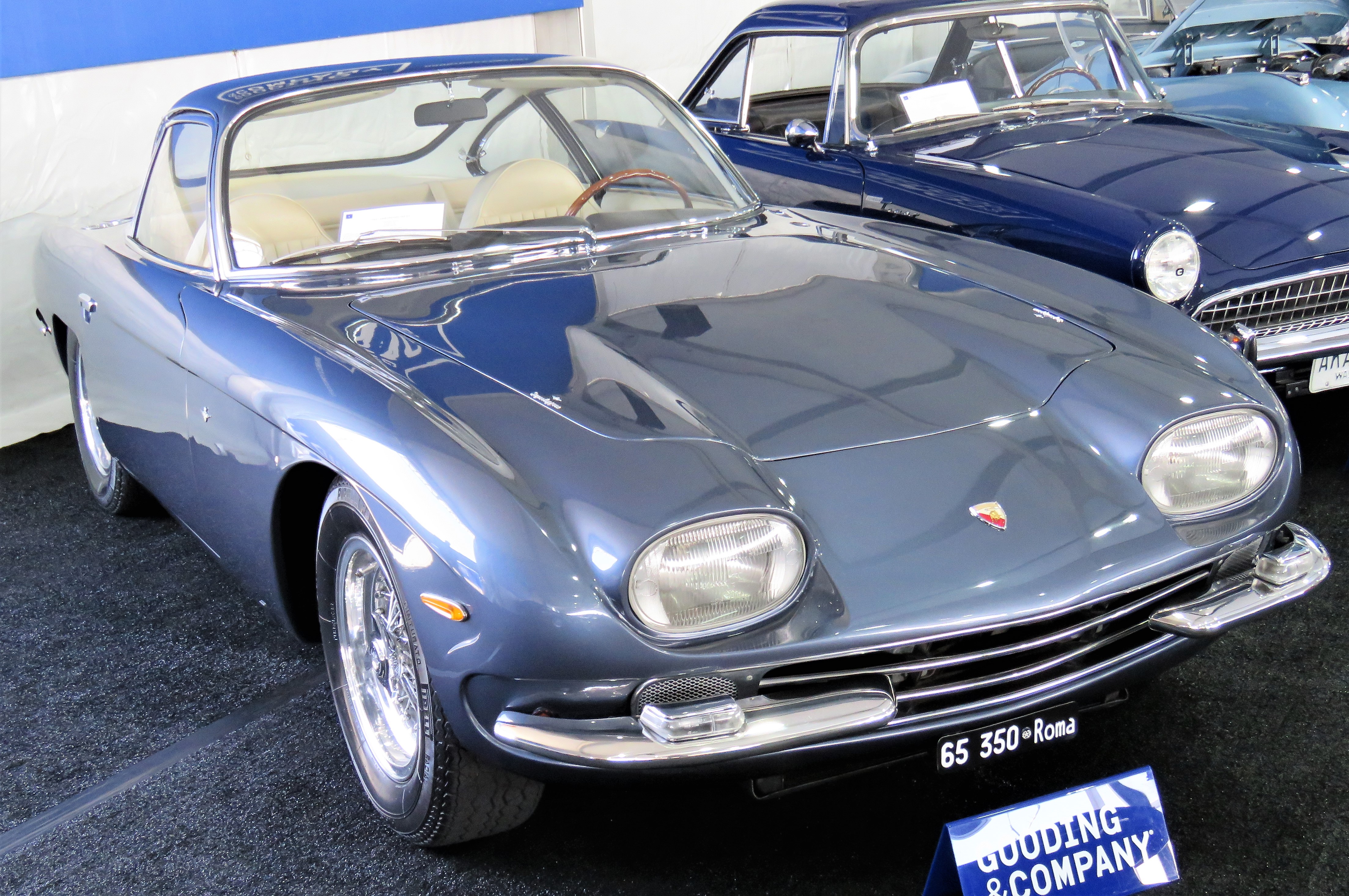 I’ve always loved the styling of Lambo’s original production model, when it first set out to blow Ferrari out of the water. Thunderous power comes from a 3.5-liter V12 engine fed by six sidedraft Weber carbs.  Although this car, an early production model, was restored back in the 1990s, it still shows like new with a gleaming blue-metallic finish. 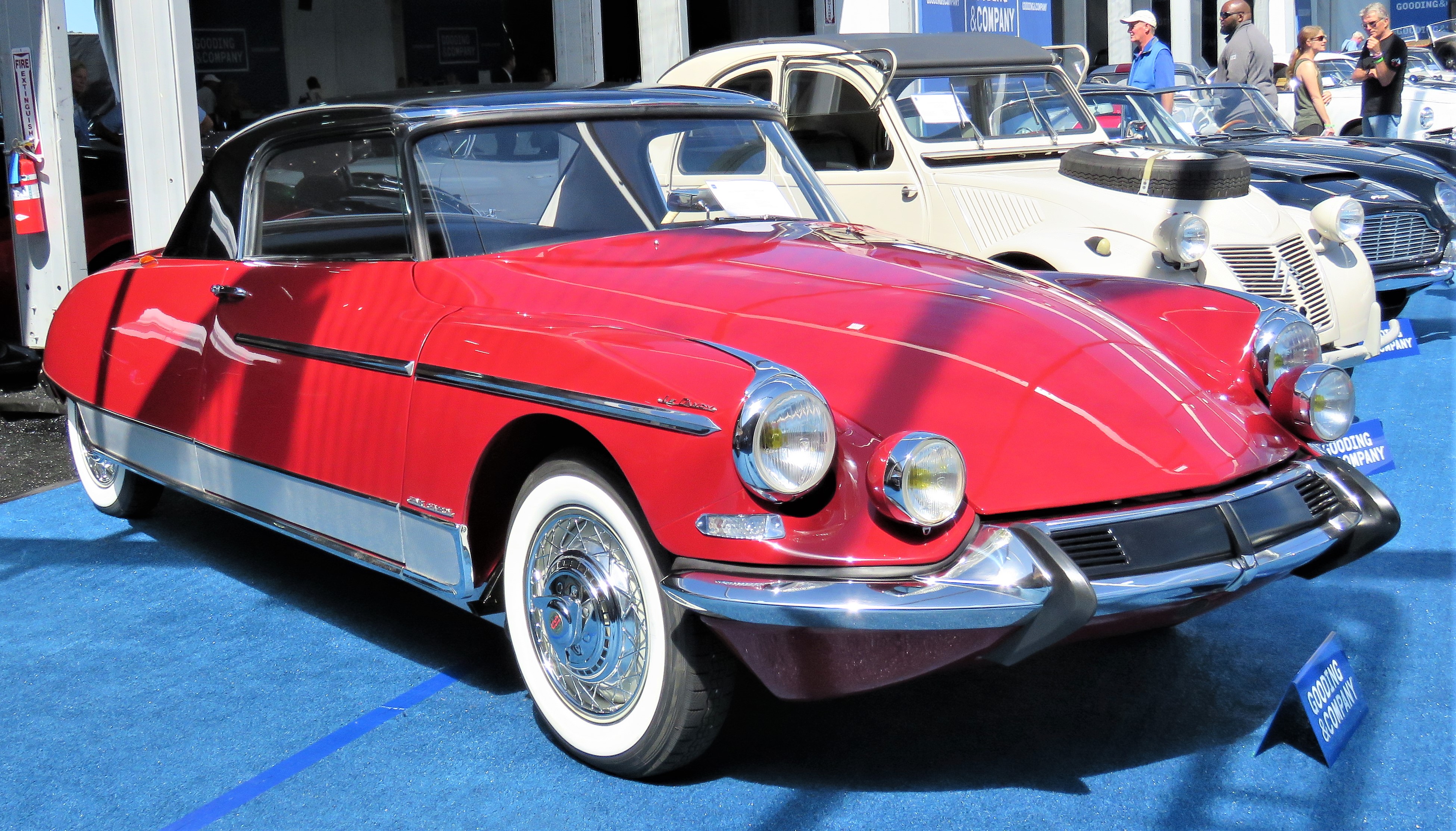 Weirdly wonderful, this handbuilt special by the great Henri Chapron is one of a series of coachbuilt cars that he created on the bones of the revolutionary Citroen models. There were 50 Le Dandys produced by Chapron, and this is believed to be one of only two built on the ID chassis.  While some people might find this car too strange-looking, I find it charmingly unique and utterly distinctive. 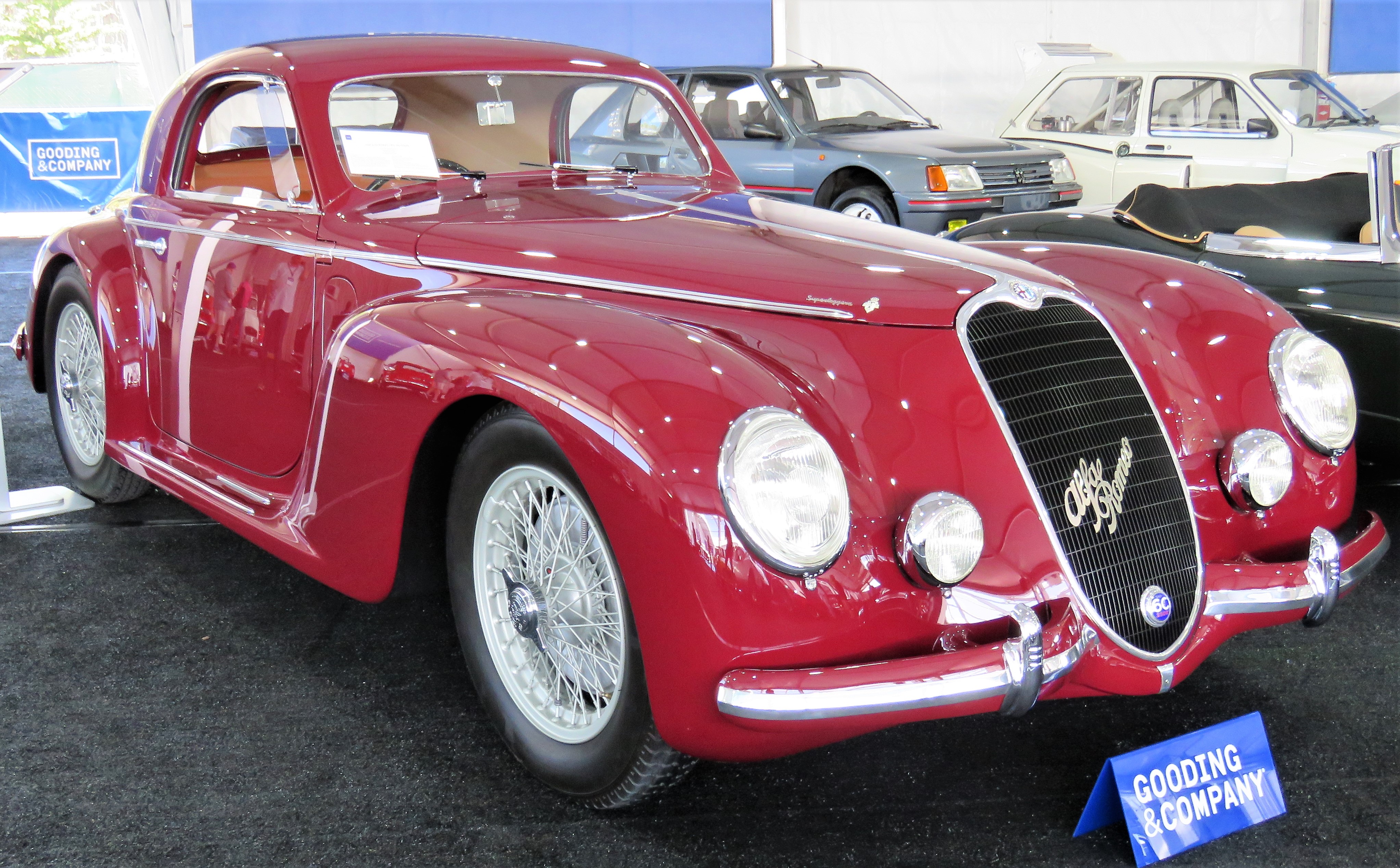 Though it might not look it, this Alfa is a bona fide race car that was developed by Scuderia Ferrari, competing in a number of races during 1939 and running in the grueling Mille Miglia in 1940.  Nowadays, it looks more like a beautiful piece of automotive jewelry, with elegant coachwork by Touring and a restoration that has resulted in a number of prestigious concours awards. 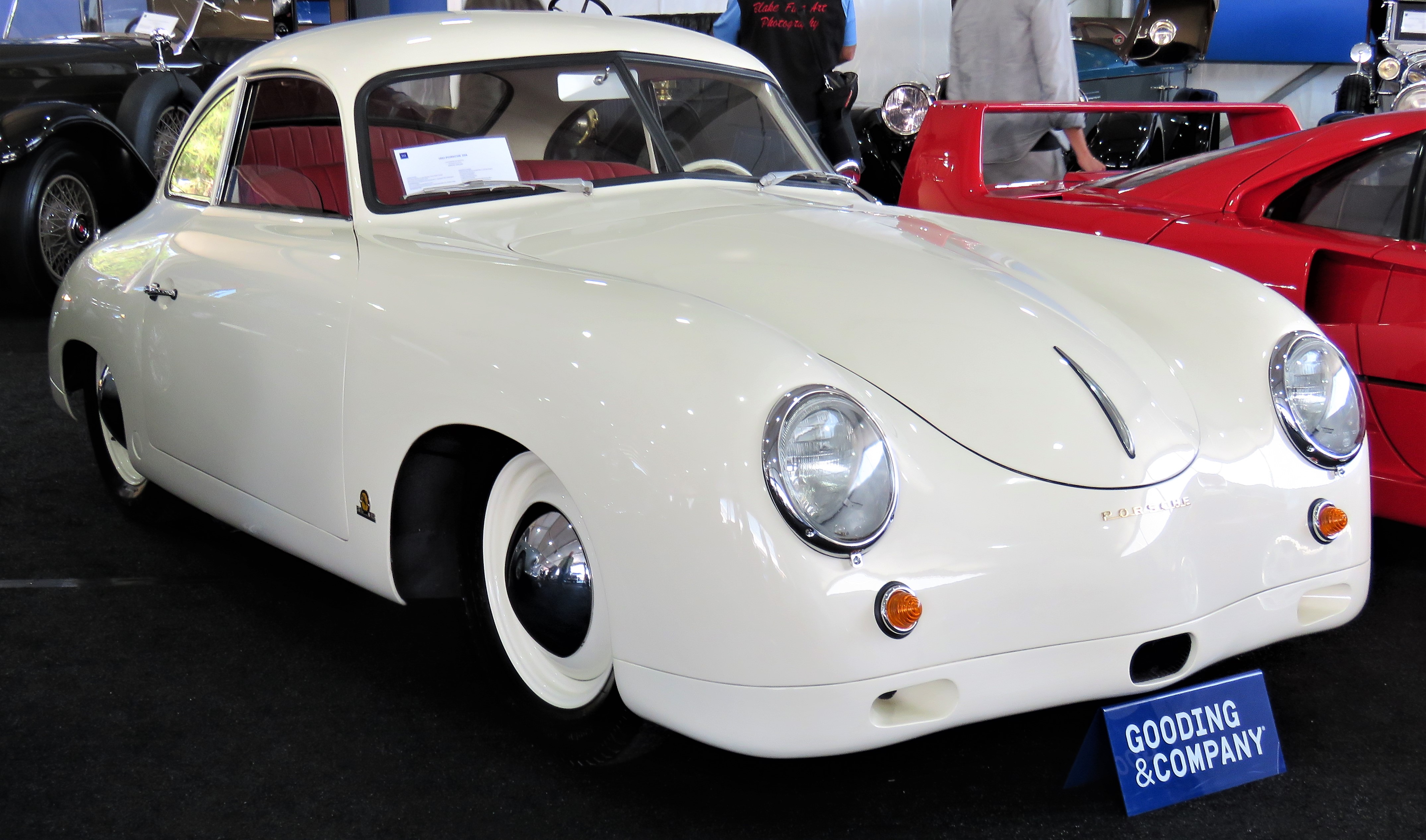 One of the early production cars, this is a rare Pre-A split-windshield coupe from a time when Porsche serial numbers ran only four digits.  While the inverted-bathtub shape of 356s are familiar, the earliest ones such as this show the intentional, unsullied styling penned by designer Erwin Komenda, who’s also responsible for the looks of the original Volkswagen Beetle.  Though finished in its correct colors, this coupe looks odd without bumpers – I’m not sure whether that is correct, although it is appealing. 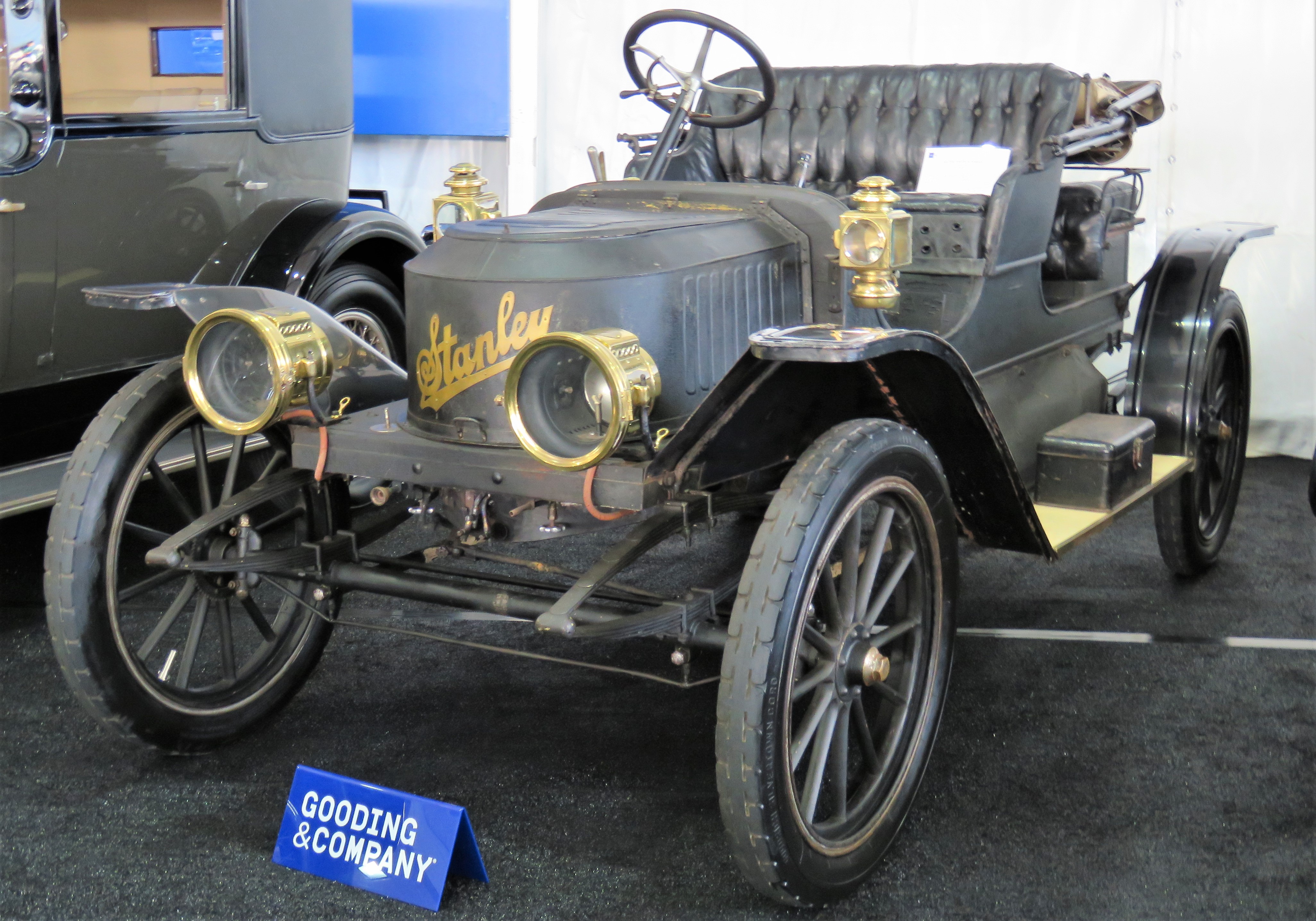 One of the iconic Stanley Steamers, this steam-powered runabout would be such a fun toy for tinkering with and chugging around the neighborhood.  With an attractive patina, the car is said to be highly original, right down to its gas-fired headlamps. If nothing else, this Stanley could gain you entrance to the world of car-crazy comedian Jay Leno, who is well-known for his affection for steam-powered vehicles.