You can argue about which of the six collector car auctions taking place this week on the Monterey Peninsula has the best docket, but Worldwide Auctioneers wins when the basis of discussion for the most picturesque location.

The auction is held on a point of the peninsula just below the historic Point Pinos Lighthouse, on a piece of land that usually serves as one of the fairways for the Pacific Grove Golf Links, a course that may be no match for the famed fairways of the Pebble Beach course, but that also wander through the dunes of spectacular setting.

Bidding at the Worldwide Auctioneers sale begins at 5 p.m. Thursday, August 15, and if folks can tear themselves away from the scenery, here are some of the cars that will be crossing the block, cars that caught my eye when I visited the venue Monday afternoon: 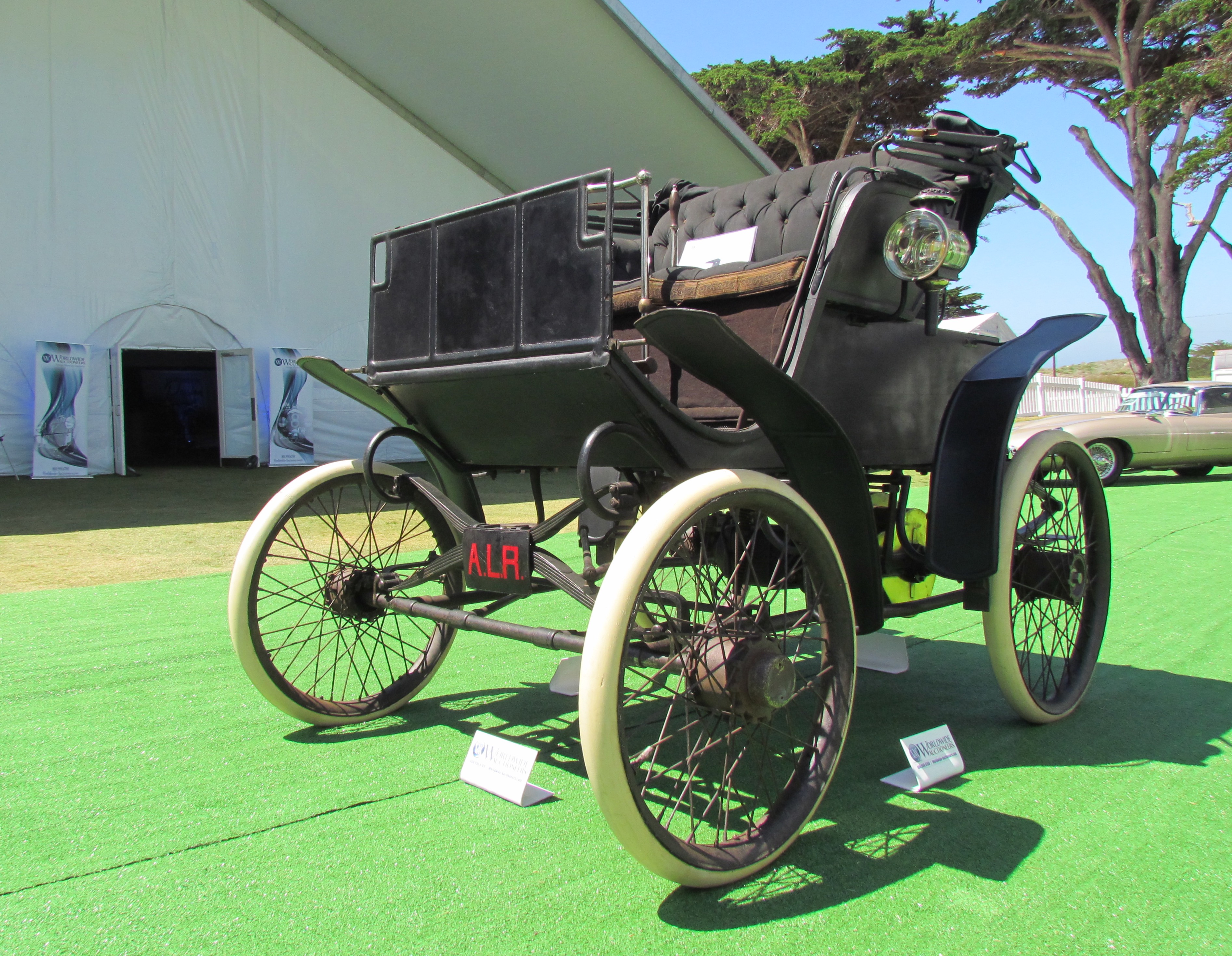 I moved my residence to a new city a year ago and, as a result, I find everything much closer, to the point that I’m driving a lot less distance, to the point that I think my next vehicle will be an electric car (or truck). So it figures that I’d be fascinated by this unrestored vehicle, which Worldwide proclaims as “the most important electric car ever built.” It was built and raced by Andrew Riker, won the first 50-mile auto race held in the U.S., and is eligible for London-to-Brighton. The car was part of the Henry Ford Museum collection after being gifted by Riker’s widow. The museum sold the car at auction in 1985 and it was purchased by Mrs. Riker’s daughter-in-law. 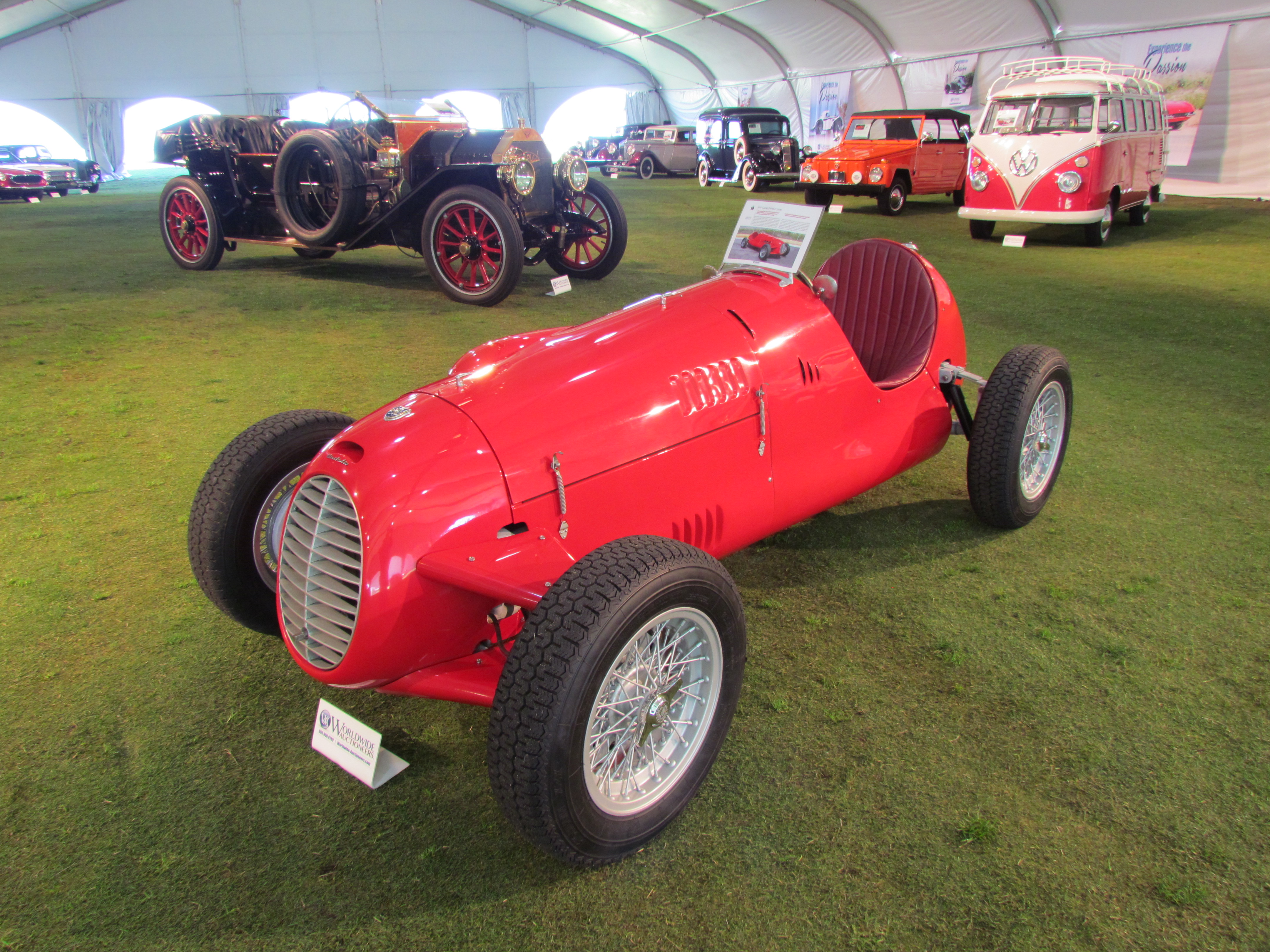 This open-wheeled racing car was driven in 1948 by French racer Roger Loyer and retains its original chassis, engine and bodywork. Cisitalia is short for Concorzio Industriale Sportiva Italia, founded by racer Piero Dusio and engineered by Dante Giacosa, who modified Fiat parts to produce race-winning cars. This car was the 19th single-seat racer they produced, and it raced in Europe and in South America. 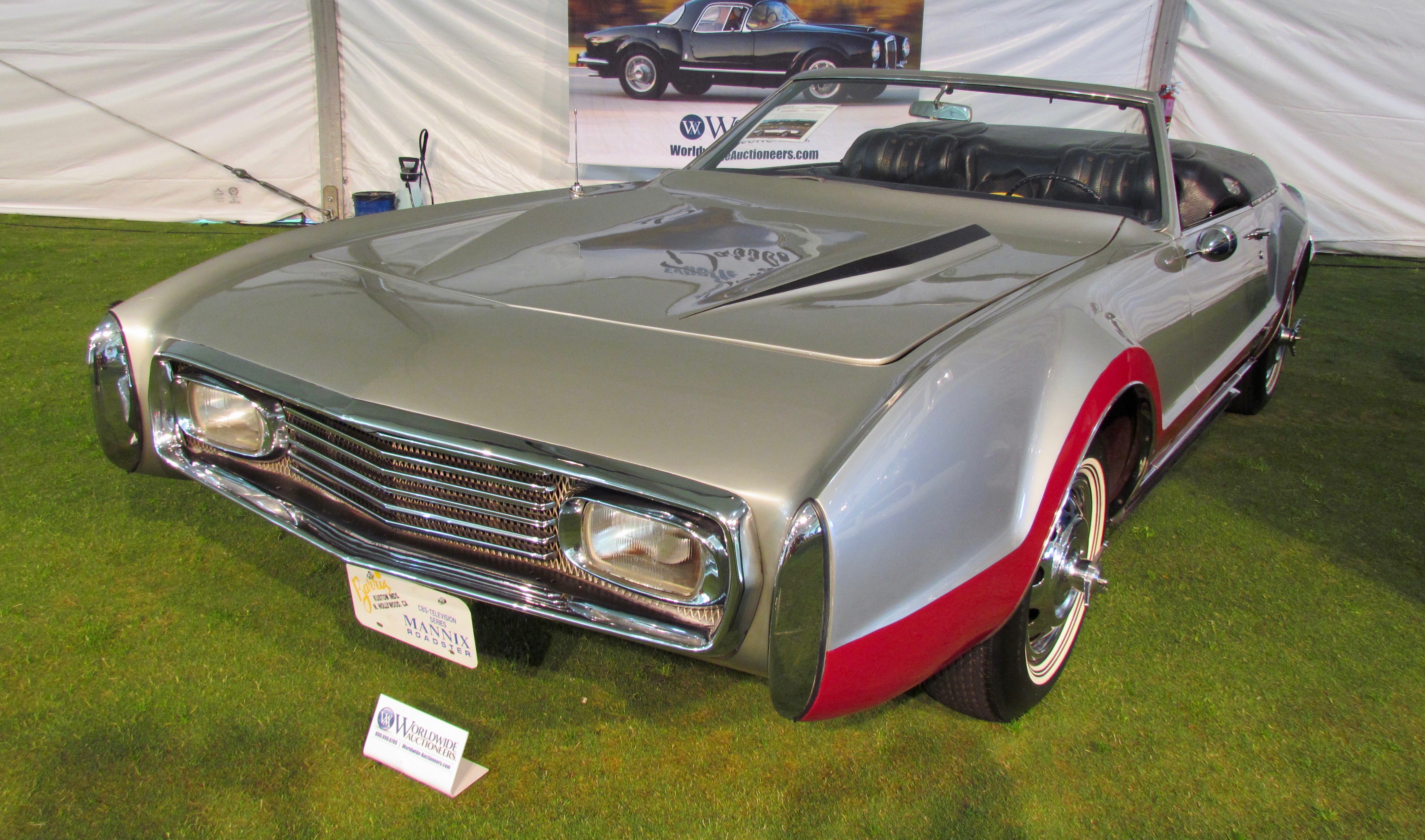 Although I’m old enough to remember watching Mike Connors play the role of private detective Joe Mannix on television, I didn’t think I’d like the George Barris-customized car from that show. But Barris did a nice job extending the Toronado’s lines, and how can you not like the fact that there’s a yellow Princess telephone with a rotary dial tucked between the front bucket seats so Mannix could stay in communication while driving? 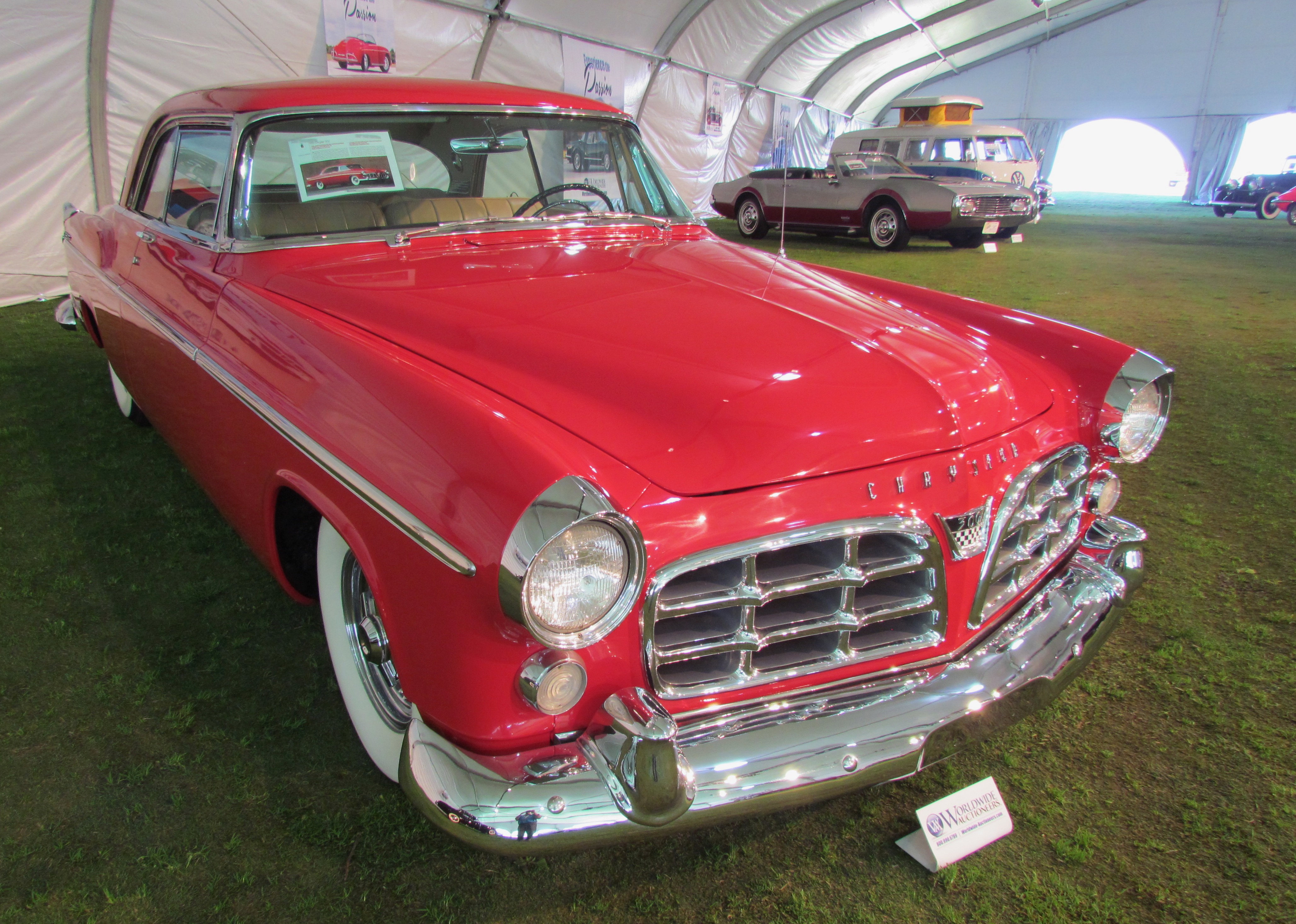 You can argue that the 1955 Chrysler 300 was America’s first muscle car, and this one is stunning in Tango Red. The 300 tag traces to the 300 horsepower provided by the car’s V8 engine. 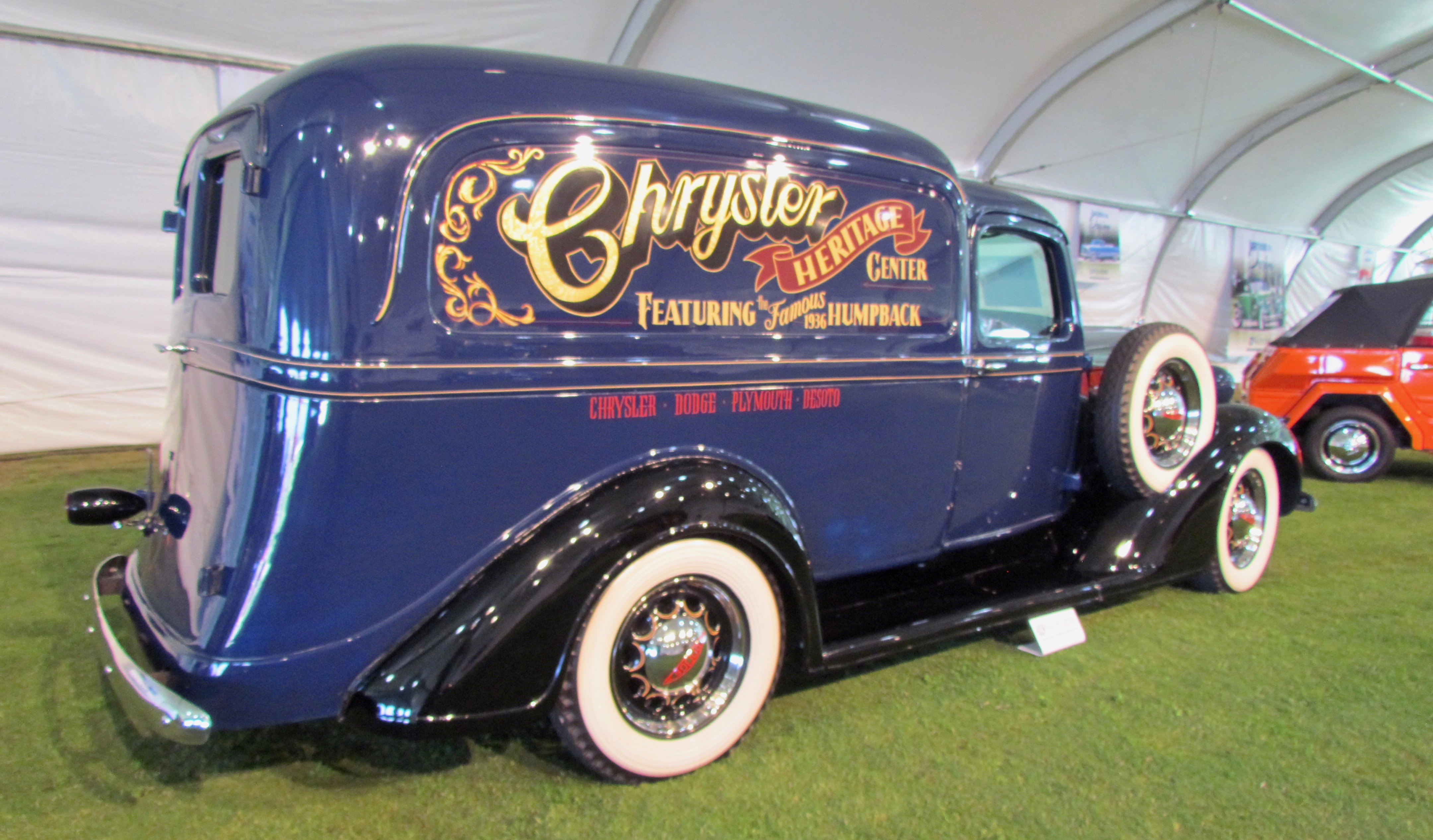 They called this architecture “humpback” because of the raised rear roof section of this Dodge panel delivery, a commercial vehicle designed to carry a merchant’s cargo.

Worldwide’s Pacific Grove docket includes a 1968 Volkswagen 23-Window Microbus, a 1965 Westfalia Campmobile, a rare 1972 Kombi 6-door Microbus and a 1974 VW Type 181 Thing, but the VW that caught my attention was this 1961 Double Cab pickup. Problem is, it’s not on the auction docket but is being displayed because it’s available by “private treaty,” which means it’s for sale. just not as part of the auction. 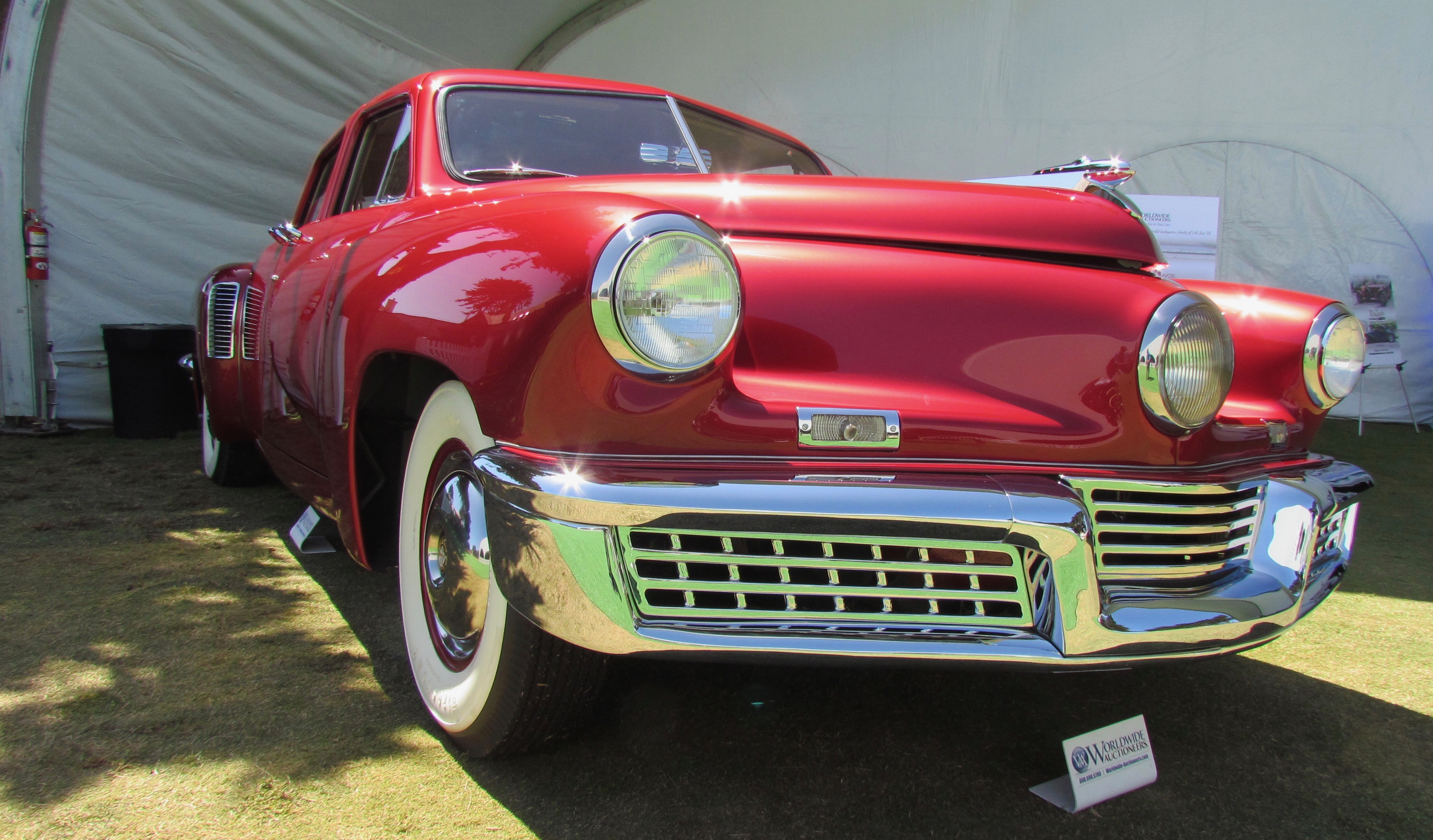 Another vehicle displayed at Pacific Grove but not on the docket for this auction is a 1948 Tucker that will be offered up for bidding at Worldwide’s annual auction during the Labor Day weekend in its hometown of Auburn, Indiana. The car was completed during the past few years and was built around the chassis that Preston Tucker used for testing an automatic transmission in his cars. The car will be sold in Auburn with all proceeds going to the Mayo Clinic Cancer Research effort.

You can view the full docket yourself at the Worldwide Auctioneers website.