Who would even dream that you could drag race – legally – on Detroit’s famed Woodward Avenue?  With the police taking part in the smoky action, no less.

That was the scene when part of the Detroit-area boulevard was shut down for MotorTrend Group’s Roadkill Nights Powered by Dodge, a two-day high-horsepower celebration held as a prelude to the Woodward Dream Cruise.

It was on Woodward Avenue back in the 1960s that engineers from the Detroit automakers honed the original muscle cars in stoplight-to-stoplight drag races. 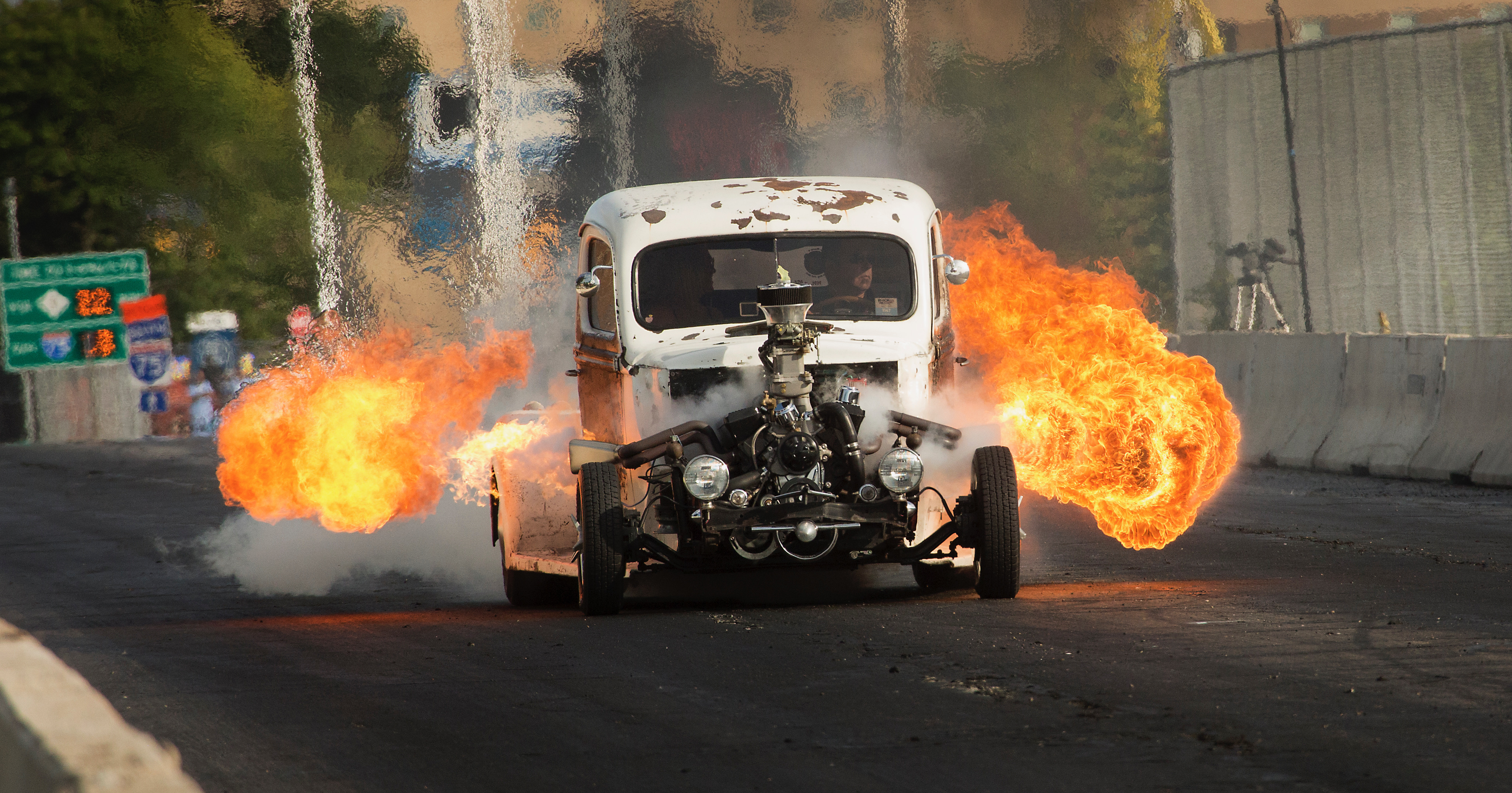 Nearly 50,000 fans showed up for this, the fifth annual event, when Woodward between Rapid Street and South Boulevard is “transformed into a specially prepped 1/8-mile drag strip for legal street drag racing,” according to a Roadkill news release.

The team of Leah Pritchett and David Freiburger won the celebrity showdown challenge, with a $10,000 prize purse donated to United Way. In total, $21,210 was donated to United Way for Southeastern Michigan. Pritchett in her NHRA Top Fuel Dragster and Matt Hagan in his Dodge Charger SRT Hellcat Widebody NHRA Funny Car wowed the crowd with exhibition runs.

“The positive reaction from our fans and continued growth of this one-of-a-kind event fuels our passion to keep delivering products and marketing for performance enthusiasts.”

Lotus gets Goodwood feature, Penske gets ready for his run up the hill