Calling it a “never-to-be-repeated scene,” Aston Martin Works shared photos and other information as staff at its Continuation build facilities recently worked on 10 new DB4 GT Zagato sports cars. Just 19 DB4s will be made, each requiring 4,500 hours of labor before deliveries to customers begin in the fourth quarter of 2019.

“The Continuation program we started here with the DB4 GT Continuation in 2017, that has now spawned the iconic DB4 GT Zagato Continuation, is truly a once-in-a-lifetime opportunity for us to contribute to the rich history of this great British luxury sports car brand,” said Paul Spires, president of Aston Martin Works.

“Along with the craftsmen and women who built the all-conquering DBR1 and DB3S race cars; the iconic DB4, DB5 and DB6; and the remarkable William Towns Aston Martin Lagonda super-saloon, the staff here today are making their own mark on automotive history. 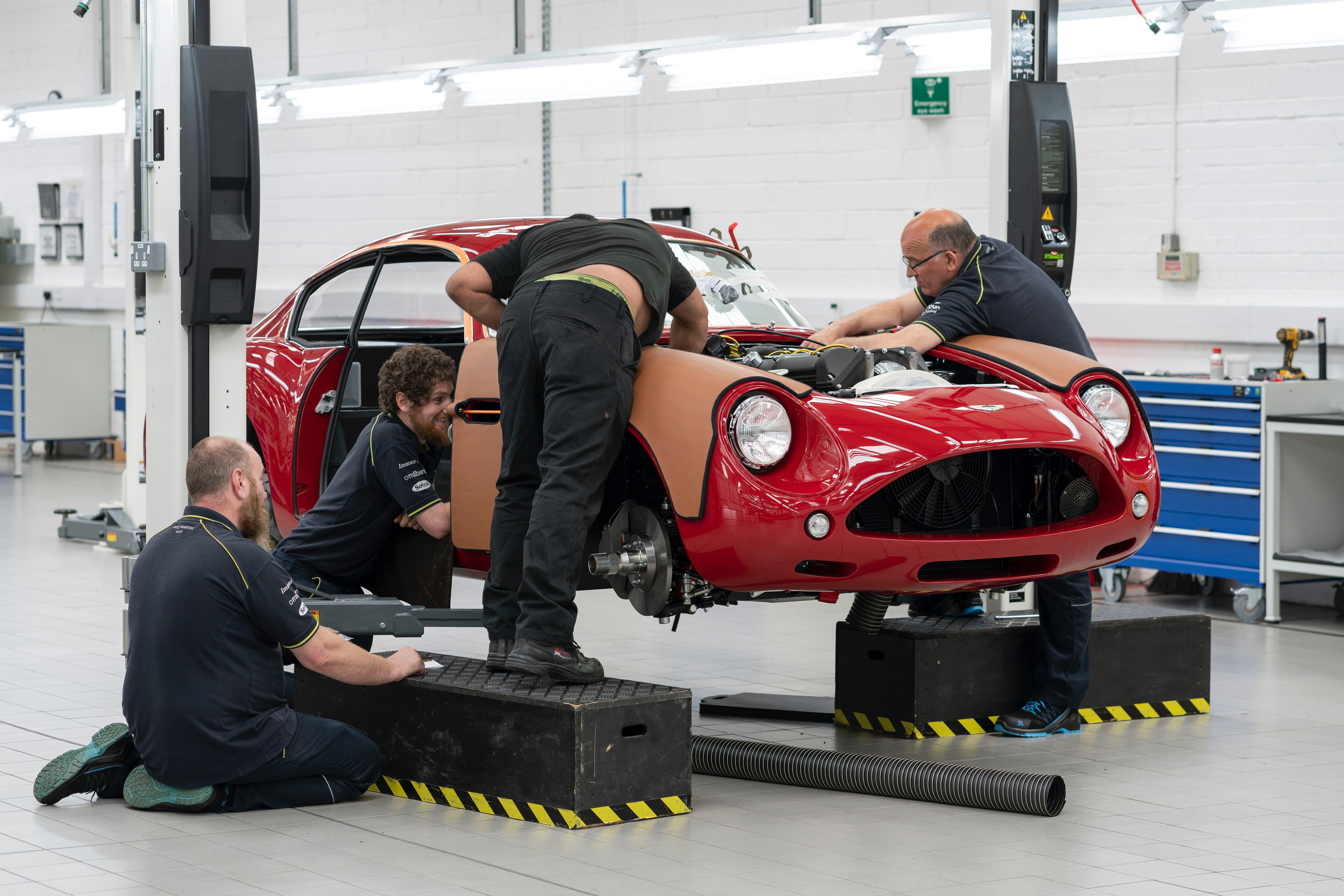 “It’s a privilege for all of us here at Newport Pagnell, as part of the Aston Martin family, to work on these remarkable ‘new old’ cars.”

The original DB4 GT Zagatos were built in the 1960s to compete on the race track against Ferrari.

“Each of the 19 DB4 GT Zagato Continuation cars is being built at Aston Martin Works to the highest possible quality using a blend of Sir David Brown-era old world craftsmanship, with the sympathetic application of modern engineering advancements and performance enhancements,” the company said.

After the completion of the Zagatos, Aston Martin Works launch its next Continuation project, the Aston Martin DB5 Goldfinger Edition cars.

Each of the 19 cars will be paired with a new DBS GT Zagato supercarbased on the modern DBS Superleggera, with the cars to be sold together as a set known as the DBZ Centenary Collection.