The Pick of the Day is a 1961 Alfa Romeo Giulietta Sprint Speciale, a fitting classic as we start the plethora of collector car events and auctions of Monterey Car Week on the California peninsula.

This Giulietta looks to be in exceptional condition, largely original with one repaint and just over 50,000 miles on the odometer, according to the Costa Mesa, California, dealer advertising the car on ClassicCars.com.

While Alfa’s regular production Giulietta coupes, convertibles and sedans also were styled by Bertone, the Sprint Speciale received a more-evocative design and is much desired by Alfa Romeo collectors today.

“Built on a slightly shorter wheelbase than the standard Sprint, and again the work of Bertone, the mouth-wateringly curvaceous Sprint Speciale came with 100bhp on tap, a five-speed gearbox and a top speed of 125mph,” the seller says in the ad. “Compact, aerodynamically efficient and very powerful for its size, the Sprint Speciale proved highly successful in 1,300cc class racing the world over.

“A mere 1,366 examples had been produced by the time the model was superseded in 1963 by the Giulia version.”

A colorful ownership history of this coupe is outlined in the ad, how it was air-freighted in 1961 to New York for delivery to the legendary Max Hoffman dealership, then owned by the factory for the next eight months; it was possibly the car displayed at the New York Motor Show that year.

From there, it was sold to its first U.S. owner, who drove it about 40,000 miles before selling the car to a buyer in Japan, where it remained until the late ’90s before being shipped back to new ownership in the U.S.

The car was thoroughly serviced and rebuilt, where needed, and now stands in excellent condition both mechanically and cosmetically, the dealer adds. 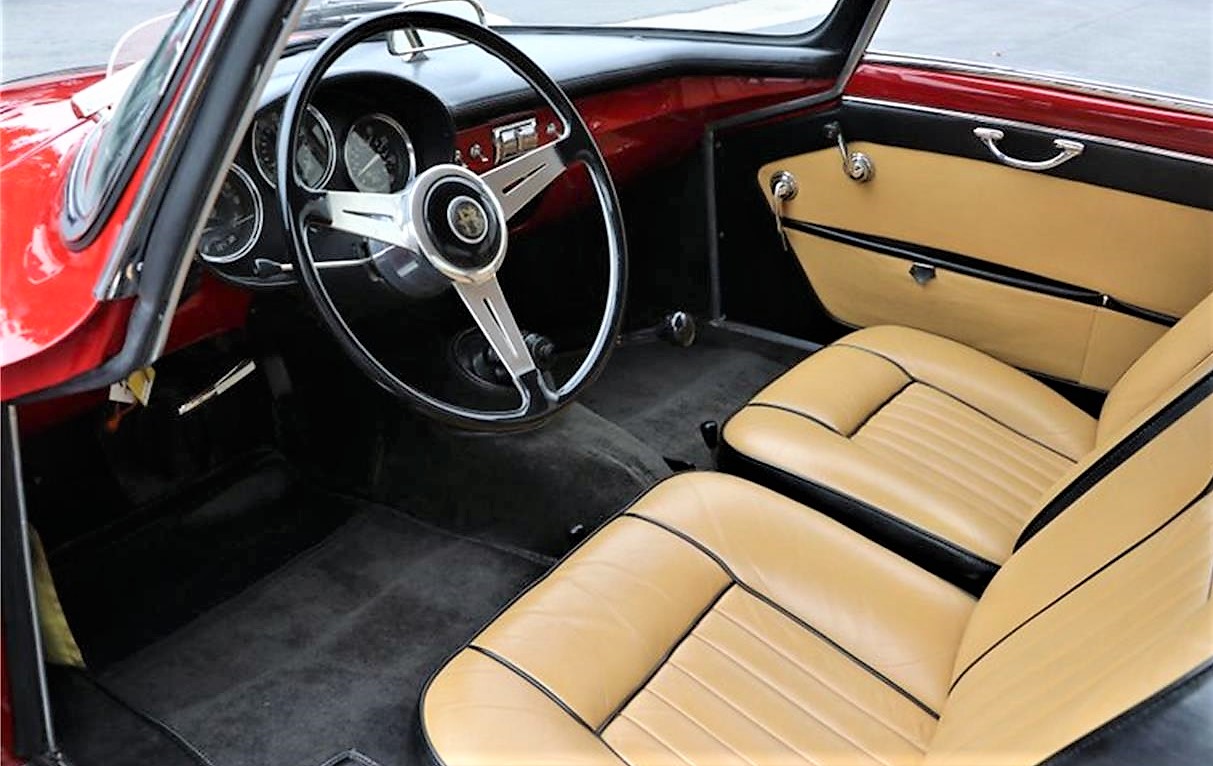 “Over the next two years, the car was stripped and repainted in the original and correct shade of Alfa Red, while careful attention was given to preserve the car’s many original finishes,” the seller notes.  “The Giulietta Sprint Speciale presents beautifully throughout and would be a great car for vintage rallies or local Concours shows.

“It has been serviced recently including a complete rebuild of the transmission, new clutch, throw-out bearing, new master cylinder, rebuilt pedal box by DV Mechanics in Montebello, California. 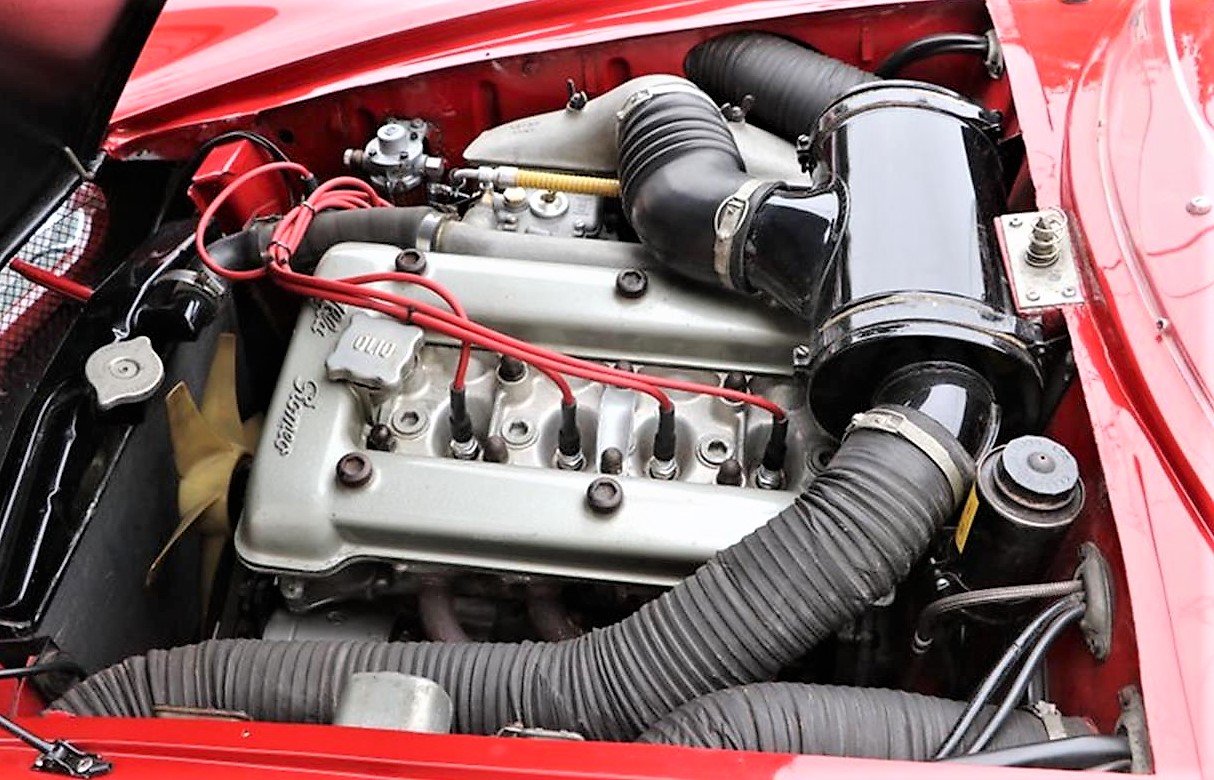 “The Webers have been rebuilt along with the fuel filter/regulator and fuel line by a specialist on the East Coast all back to OEM specification, but the diaphragms and fuel line have been upgraded to aircraft-spec rubber so they will never deteriorate due to our ethanol-based fuel. A new exhaust has been installed from the headers back.”

The little red Sprint Speciale is priced at $159,950, which is in line with current values.