Once upon a time, Canadians could buy Mercury pickup trucks 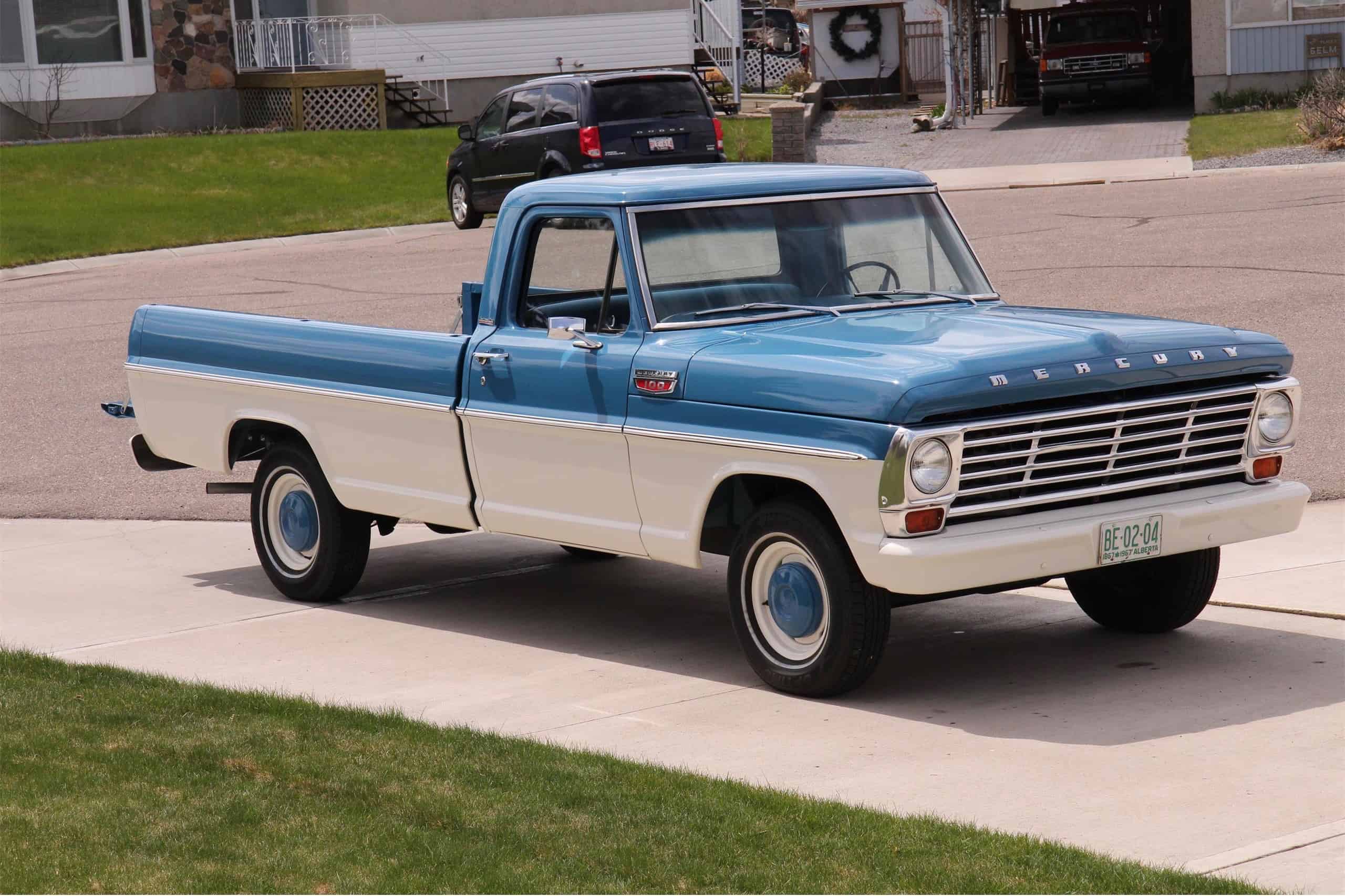 For slightly more than two decades after World War II, Ford of Canada produced pickup trucks sold by Mercury dealers in that country. One of those trucks, a 1967 Mercury M series, is Pick of the Day.

The truck, which was restored in 2017, is being offered for sale on ClassicCars.com by a private seller in Redcliff, Alberta. 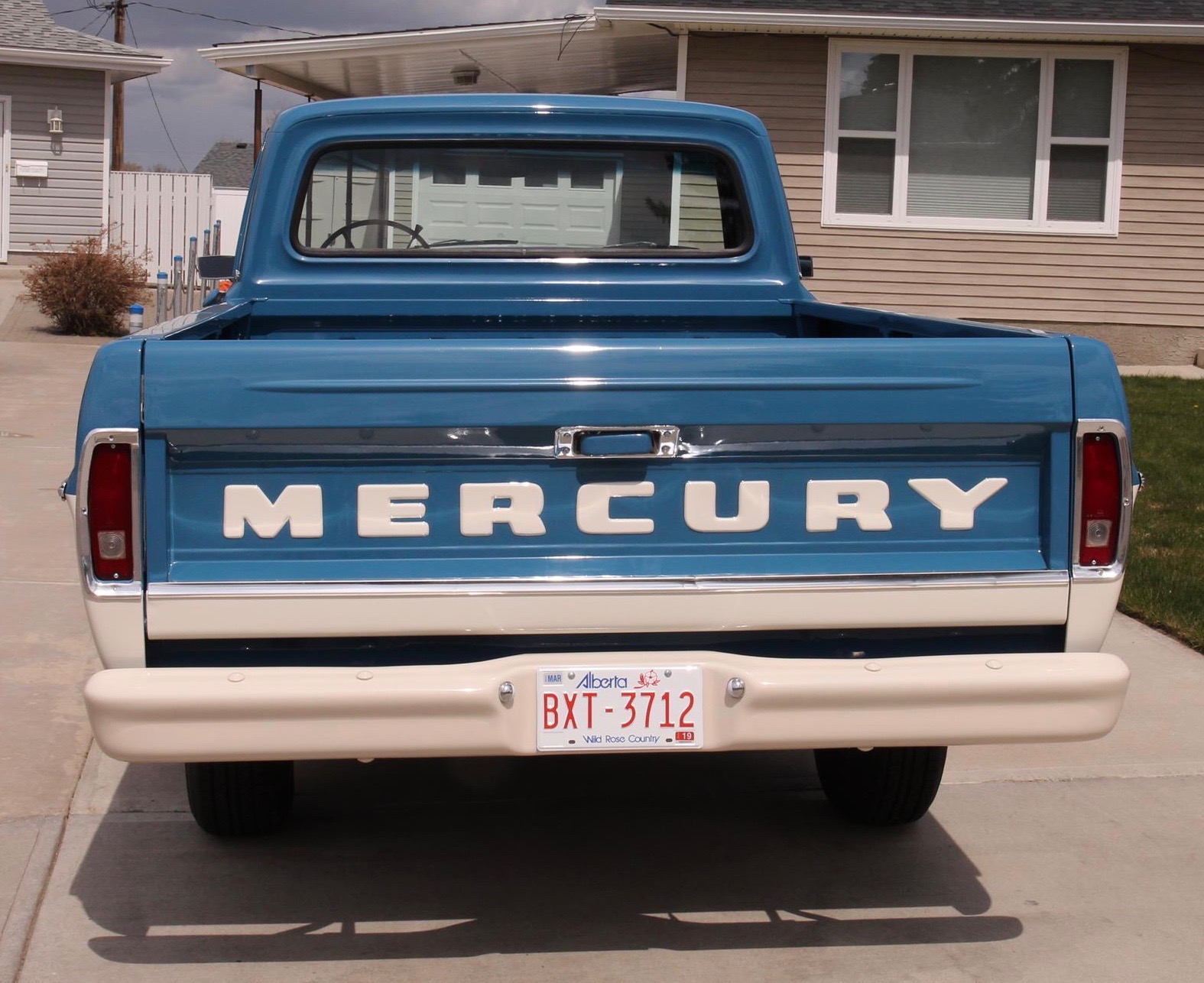 “This is a truly Canadian truck as it was made and sold in Canada’s centennial year,” the seller reports. “Mercury trucks were only sold in Canada.

“Truck had a complete frame-off restoration completed in 2017 and was restored to original condition and options as it was when it came off the assembly line as noted on Ford archives supplied build sheet. All numbers matching.

“352 CID engine was rebuilt at the time of the restoration. Has a 3 on the tree shifter. Truck has less than 300 miles on it since restoration.”

The seller reports the truck to be in excellent shape, with two-tone body and blue-and-black vinyl interior and 94,912 miles showing on the odometer, which is mounted just below the word “FORD” on the truck’s dashboard (Ford components were used on the Mercury version, especially in the interior).

Mercury-branded trucks were not sold in the United States and the Mercury-badged pickup program ended in 1968. 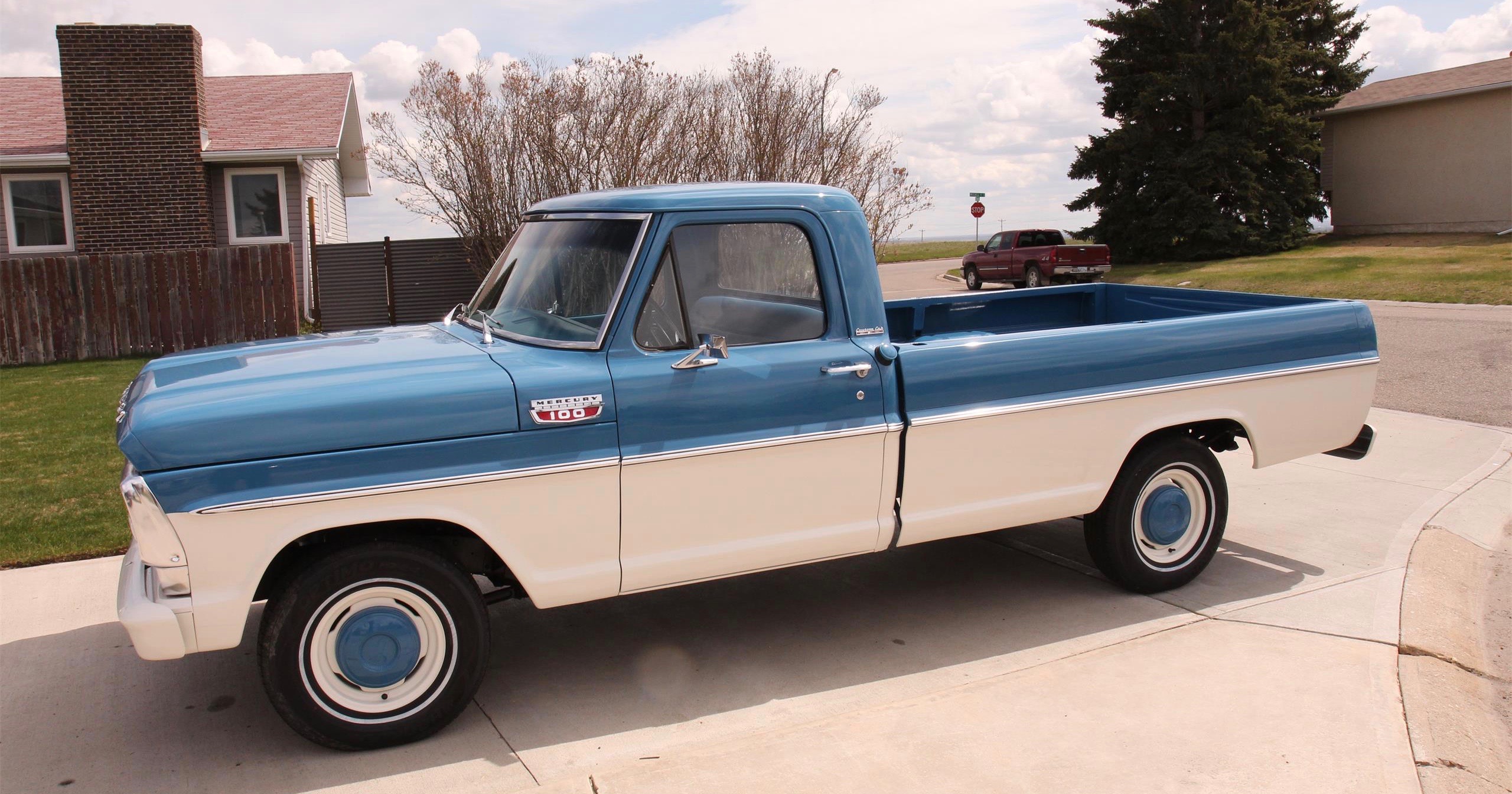