“The Lamborghini may well be one of the last remaining examples to be preserved in such original and completely unrestored condition, boasting original paint, trim and all mechanicals,” RM Sotheby’s said, adding the car will be offered at no reserve. 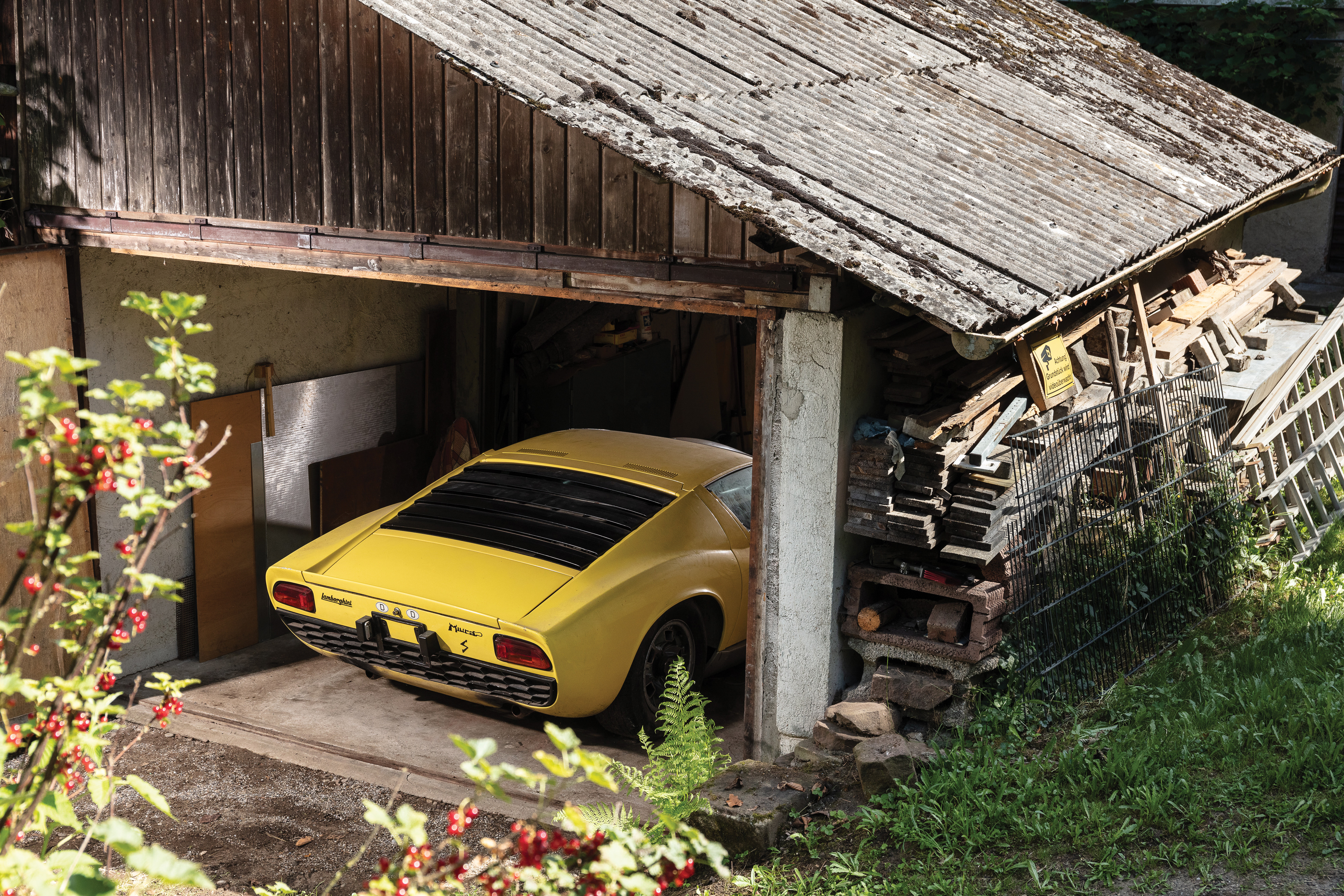 “This incredible car, chassis no. 4245, was sold to its first owner, advertising executive Walter Becker of Nürnberg, Germany in 1971,” the announcement continued. “A wealthy socialite, the car remained in his hands until 1974 when it was sold to Hans-Peter Weber, who, along with his brother, were amateur racing drivers who competed regularly in Porsche 911s during the 1960s and 70s.

“In 1974, the brothers were keen to buy the ultimate supercar of the period and set about finding a Miura. On finding the ‘Giallo Flay’ yellow Miura P400 S in Nürnberg, they immediately purchased the car from the eccentric Becker, who seemingly had a large car collection and who sold them the car whilst wearing his silk bathrobe!”

Weber died in 2015 and the car has been stored since in a friend’s barn.

“It’s a rare honor to be able to offer a car as significant as a Miura P400 S in this kind of unrestored, original condition,” said Maarten ten Holder, executive vice president and head of RM Sotheby’s Europe. “Any Miura S is rare and desirable in its own right, but the car we are selling in London is an opportunity that would be very hard to repeat.

“I think it’s fair to say that for many collectors an original Miura such as this, is the ultimate prize.”