This Maverick has become a Pro Street muscle machine 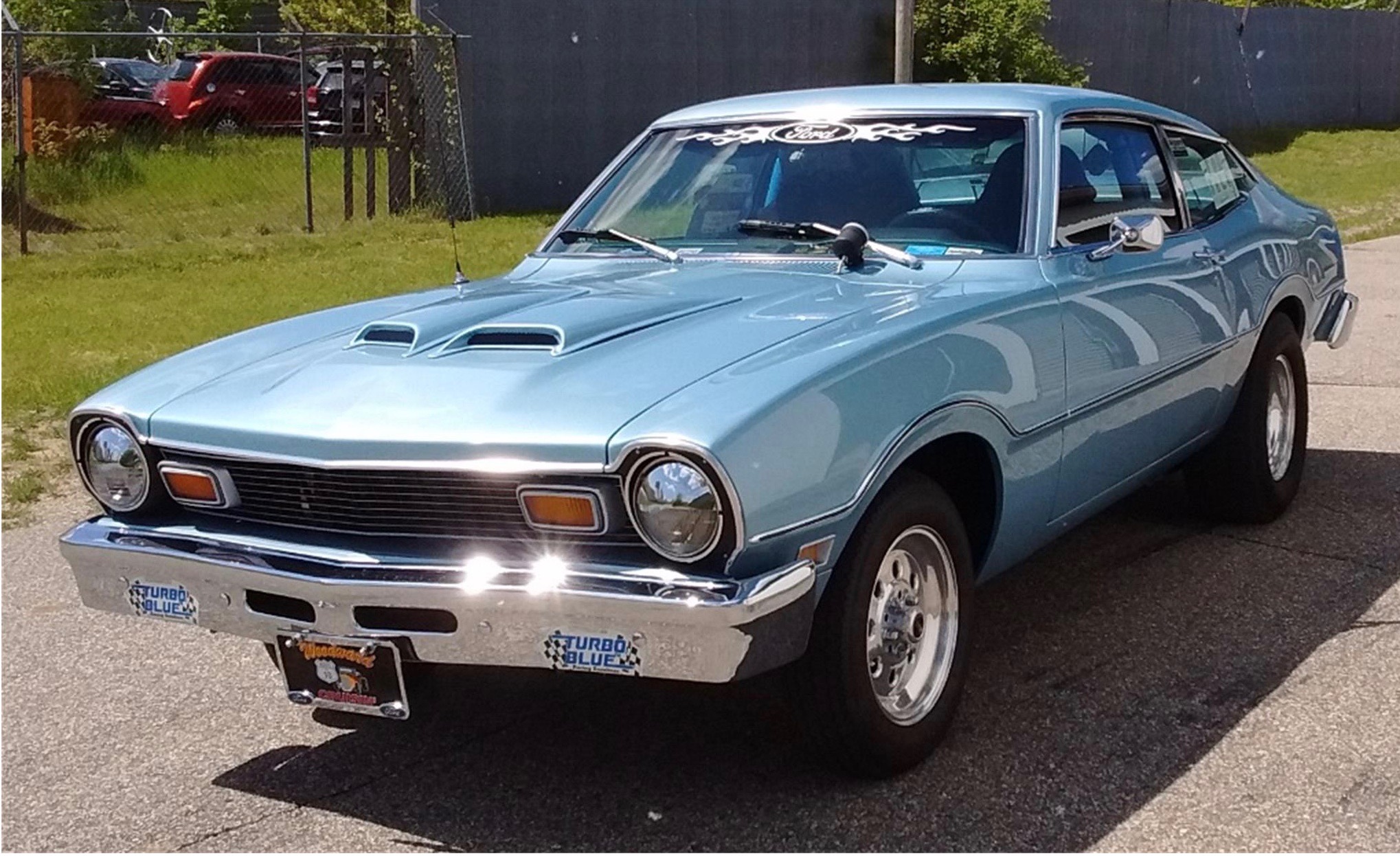 Unless you were Jack Roush who gained fame modifying and drag racing in one, you probably didn’t think of the Ford Maverick as a muscle car. But the Pick of the Day, a 1976 Ford Maverick, has been turned into a muscular Pro Street vehicle with a stroked 327 Ford 5.0 V8 under its hood.

Offered for sale by a private owner in Prudenville, Michigan, the car is advertised on ClassicCars.com and reportedly has been driven less than 150 miles since its restoration.

The seller says the car was produced by Ford in Canada and has been driven only 72,000 miles since new. 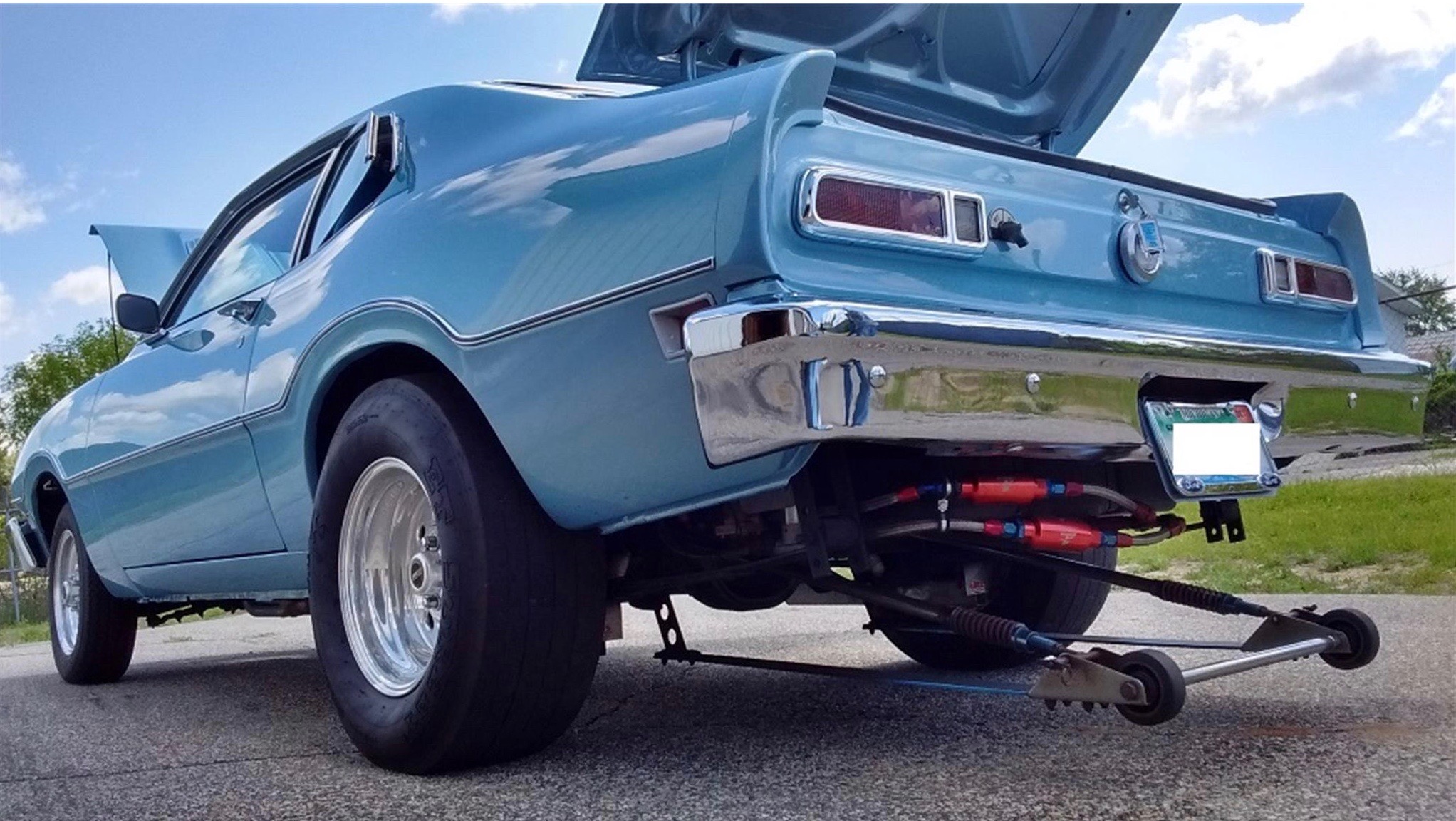 Its transformation included the engine, built by Central Coast Mustang of California with stainless steel crank and rods, A.F.R. 185 heads and Barry Grant carburetor. The engine, which has a 200-shot nitrous system and has been dyno tested at 424 horsepower on 110 fuel and at 624 hp on nitrous, has been run for less than 350 miles, according to the seller.

The transmission is a C4 unit with Kevlar and stainless inners and shift kit. The car has a 5-inch aluminum drive shaft and 8-inch Moser rear end with Moser axles and Detroit 411 locker.

Other features include power steering and brakes and an 8-point roll cage. 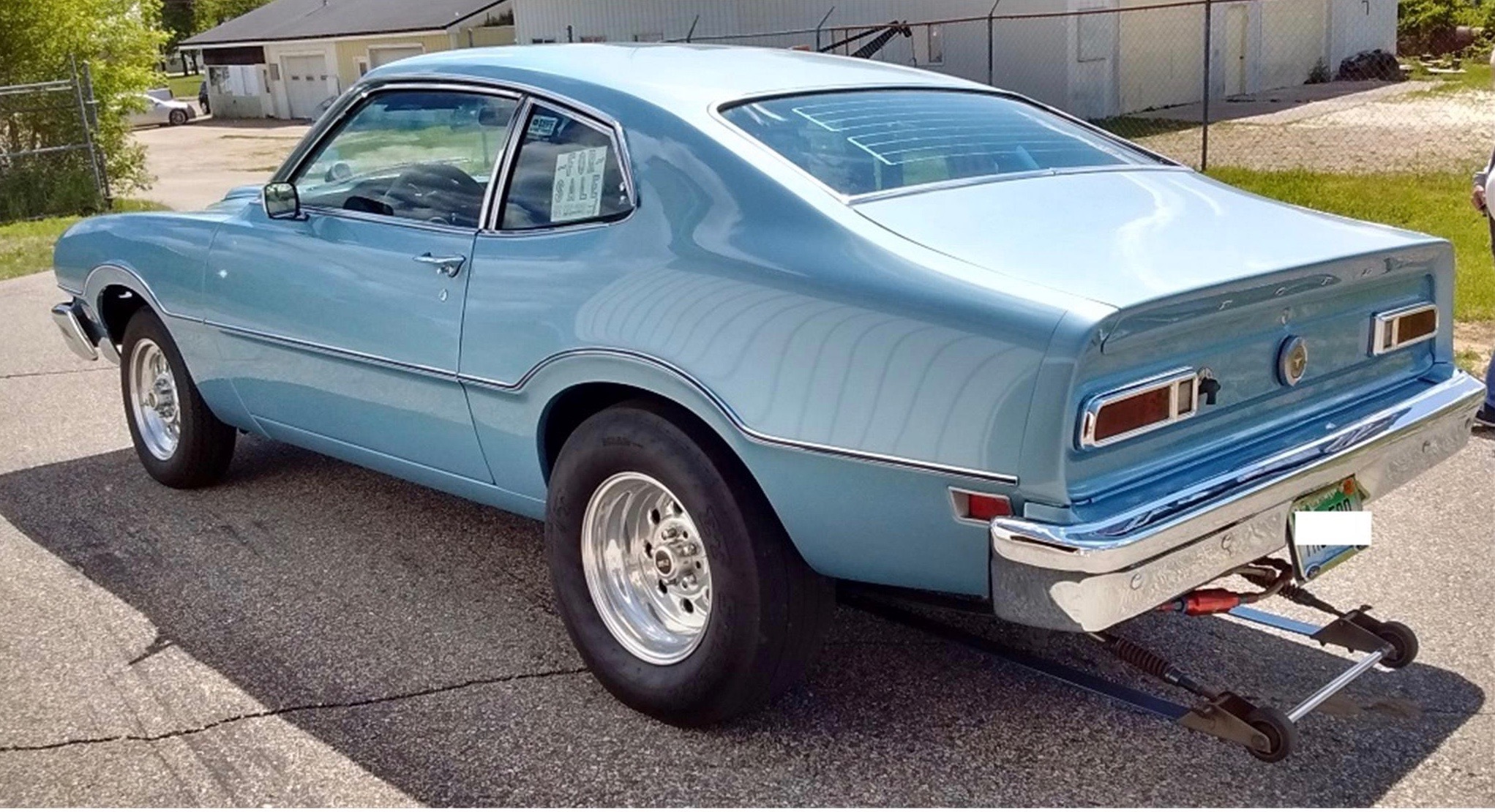 Ford introduced the Maverick for the 1970 model year as a compact car — at first a coupe and later with a 4-door sedan. Like the Ford Mustang, the Maverick was based on the Falcon platform. Maverick production ended after the 1977 model year; the car was replaced by the new and more angularly and formally designed Fairmont.

The car wears custom Sky Blue with Silver and Mother of Pearl paint and is on offer for $38,000.