Maserati relic is a rarity, but is it worth restoring?

Let’s start by stating what should be obvious to most collectors. This is not a “Barn Find.” What we have here in this amazing 1961 Maserati 5000GT bodied by Ghia is a prime restoration candidate.

The 5000GT was one of the finest Italian GT cars of the 1960s. The production of the 5000GT was only 34 cars, each a bit different from the others, and they were bodied by a veritable who’s who of car design: Touring, Allemano, Frua, Pininfarina, Monterosa, Ghia, Bertone and Michelotti, with Allemano doing 23 of the 34.

Ghia did just one of the 5000GTs and it has been consigned to RM Sotheby’s Monterey auction.

As with every car at this level, ownership history matters. This car is the ninth 5000GT built and was ordered new by Ferdinando Innocenti, owner of the Lambretta Scooter Company and later builder of cars such as an Austin-Healey based roadster and Italian-built Minis.

Innocenti sold the Maserati and after a few Italian owners it made its way to Saudi Arabia, where, in the 1970s, it became part of the collection belonging to Rubayan Alrubayan, a Saudi Arabian car enthusiast. He had no idea as to the car’s significance when he purchased the car and, as a result, the car sat for almost 50 years.

Fast forward to 2019 and just what does this all mean in today’s market. Well, for starters, this is a one-of Maserati 5000GT, the only one bodied by Ghia, and in period pictures it is a stunning car.

The big question is, what you do with this car once you buy it?

In an ideal world, you would restore it and return the car to its former glory as the finest GT car of its era. However, this would be a time-consuming and expensive proposition. 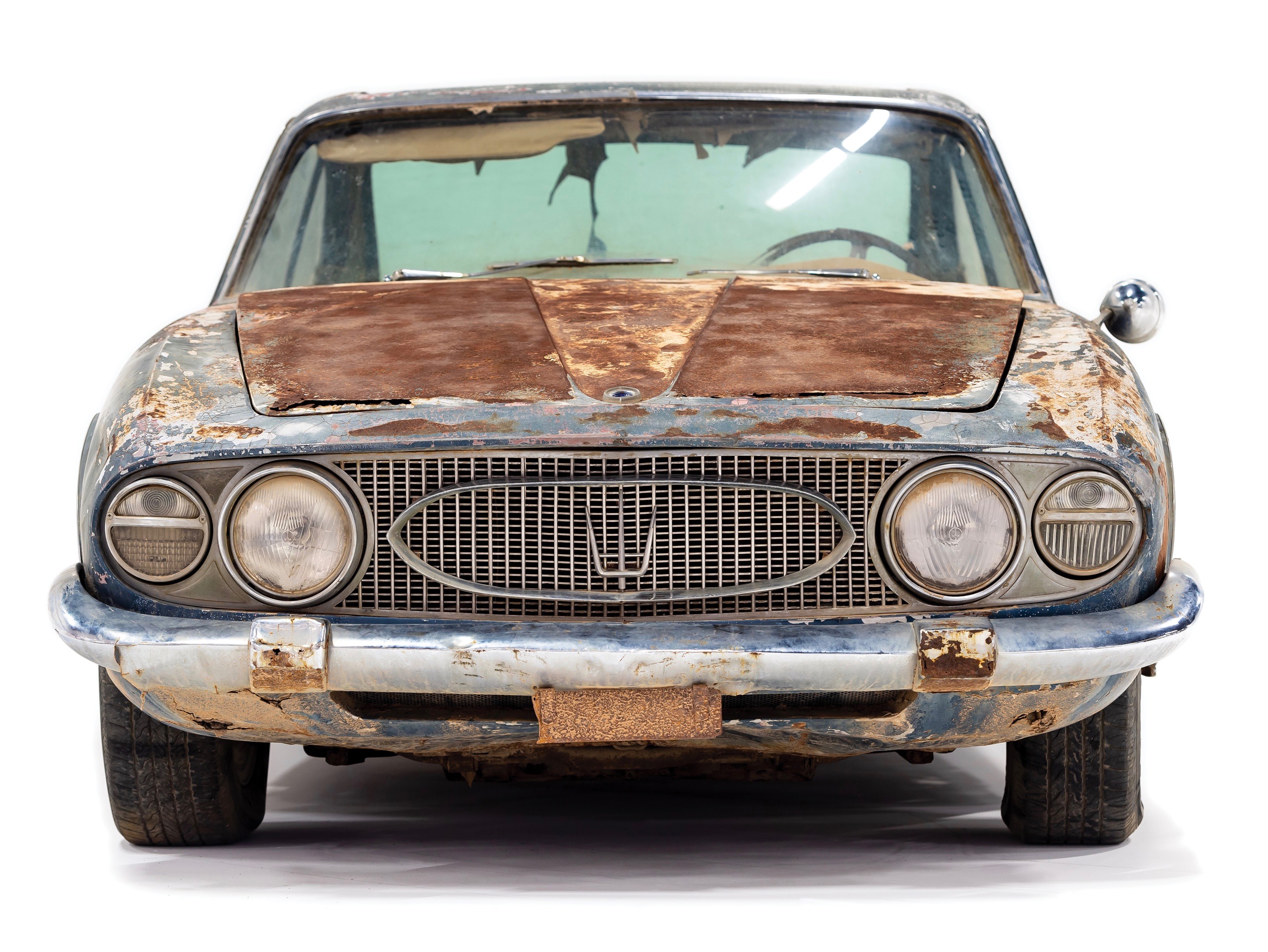 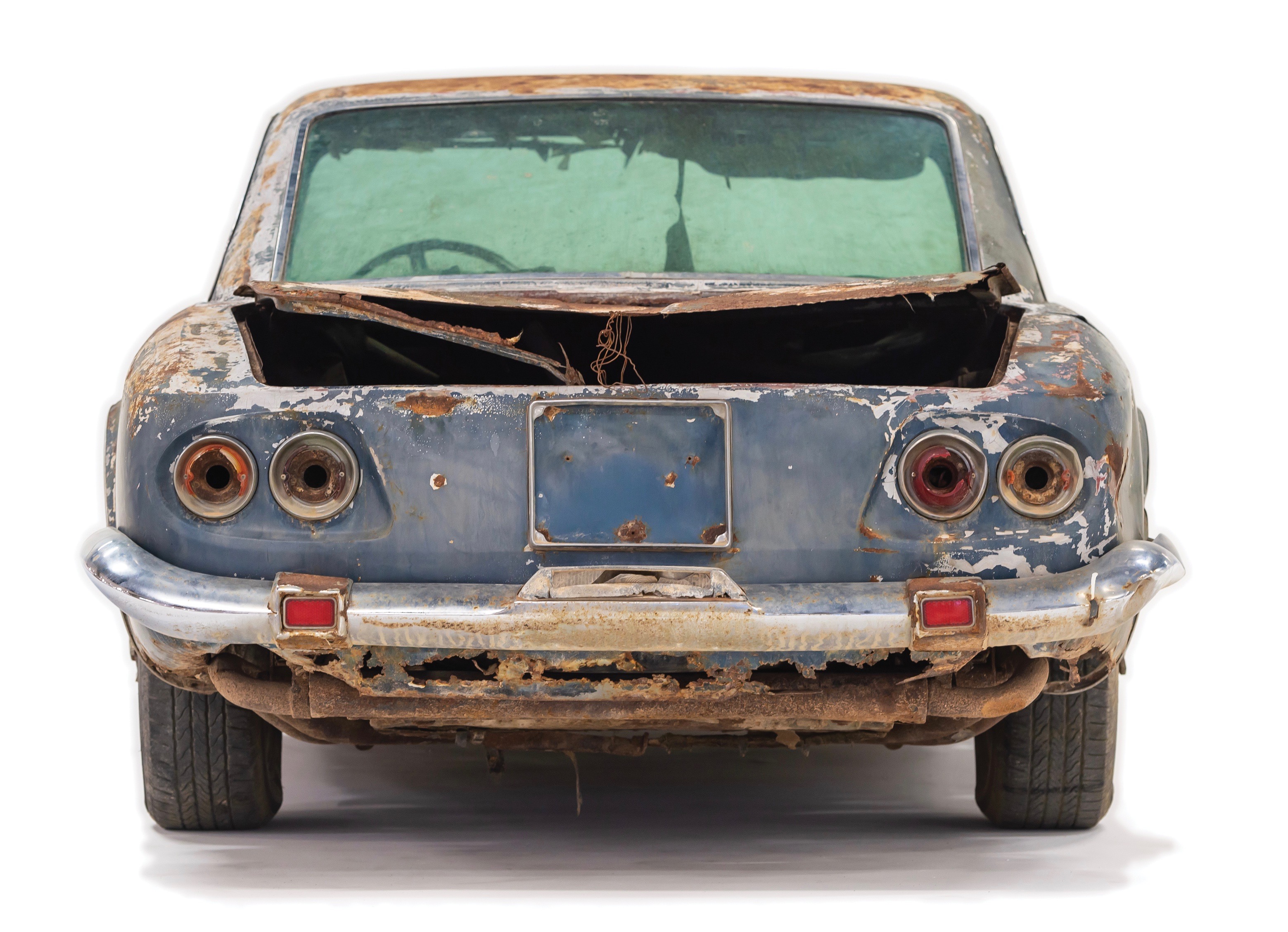 From the pictures, this is a car that needs everything. The body is made of aluminum and the chassis is steel. This means that as it was stored outside for decades that while the body does not look absolutely horrible, the chassis is likely in very bad shape due to galvanic corrosion, this is where steel and aluminum come in contact for an extended period of time. What happens is, the car becomes essentially a big battery and the aluminum is the anode and the steel chassis becomes a sacrificial anode, corroding under the body.

The chassis will be likely have to be completely rebuilt, which is going to be costly.

The engine is in a similar situation with the block and head made of aluminum and other parts of steel. The engine is likely to be locked up solid and may or may not be salvageable. If not, the restoration will require finding another 450S-spec Maserati V8 engine, not an easy task.

Finally, the body and interior will have to be redone. This in itself will take thousands of man hours and lots of money. 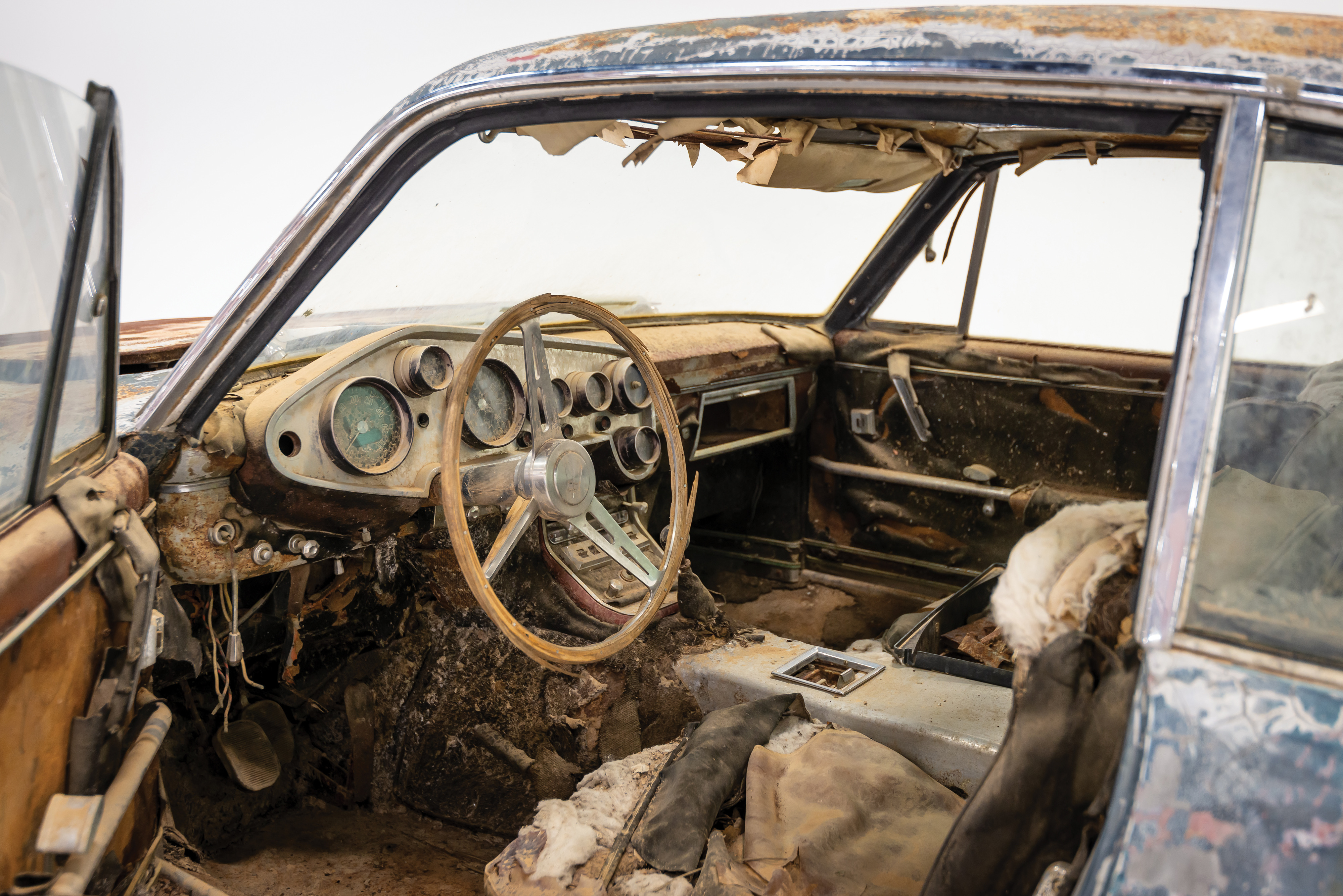 I spoke with Paul Russell, highly respected restoration expert and founder of Paul Russell and Associates, about the car and what it would likely cost to restore. His answer is that it would take at least 1 million dollars. I was not surprised by this answer.

That being said, this is a car that, after restoration, likely would win its class at the Pebble Beach Concours d’Elegance and be a blast to drive on events such as the Copperstate or other vintage rallies.

As it sits, the car might be worth around $300,000. In the supercharged atmosphere of Monterey Car Week, I think it could hammer sold for perhaps half a million. But it might be worth $1.6 million after restoration.

However, do not underestimate the Monterey effect on auction prices. Everyone even remotely interested in this car will be watching and three or four of those folks might be willing to pay whatever it costs to own it.

Regardless, this is a car to watch, not only on the block but to see what the next owner has in mind for its future.