A 1967 Ford Mustang notchback built for Trans-Am racing will be among the featured vehicles at Russo and Steele’s Monterey Car Week auction in August.

According to the auction company, the car was ordered by a Ford dealership in Tennessee but Jacque Passino, head of Ford’s racing program, diverted it to the Kar-Kraft special and racing vehicles garage.

“Passino… wanted a Notchback Mustang sent to Kar-Kraft to serve as an ‘engineering car’ to assist in changes during the 1967 SCCA Trans Am racing season, specifically to test the changes and use the changes in the 1968 Trans Am season,” Russo and Steele said in its announcement. 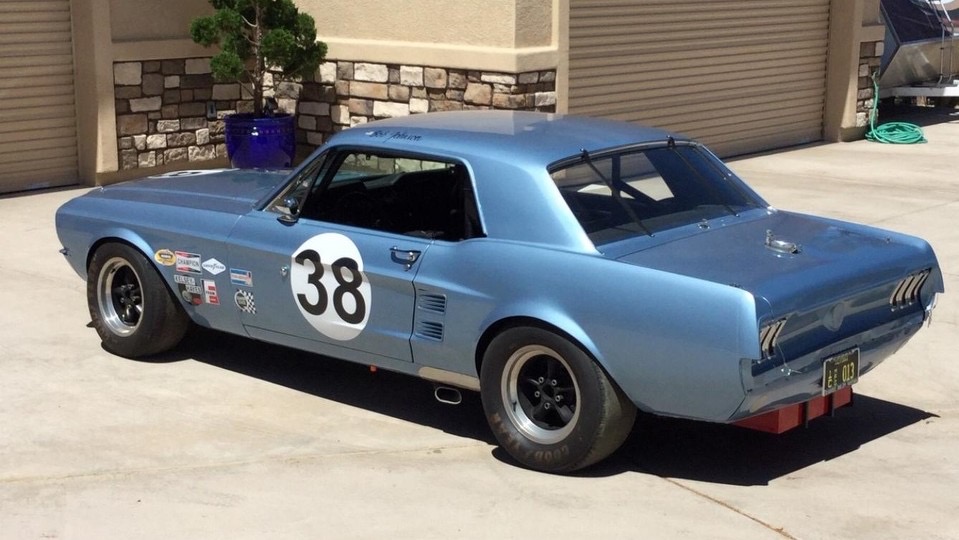 The car had been painted at the factory in Springtime Yellow and equipped with a 6-cylinder engine at the Mustang assembly plant.

“Many of the Mustang’s delivered to Kar Kraft were in this configuration to keep the costs down for the manufacturer,” Russo and Steele said.

The car was converted to racing specification, and painted Brittney Blue. It was loaned to racer Bob Johnson for the Green Valley, Texas, Trans Am race in April 1967. Johnson raced the car in Texas, Lime Rock and Watkins Glen, and put other drivers in the car for events at Mid-Ohio and St. Jovite that season.

According to the auction house, the car has participated five times in the Monterey Car Week vintage races at Laguna Seca, was restored in 2018 and has raced for only two hours since. It has a 289cid V8 engine and comes with spare parts, including three sets of wheels. 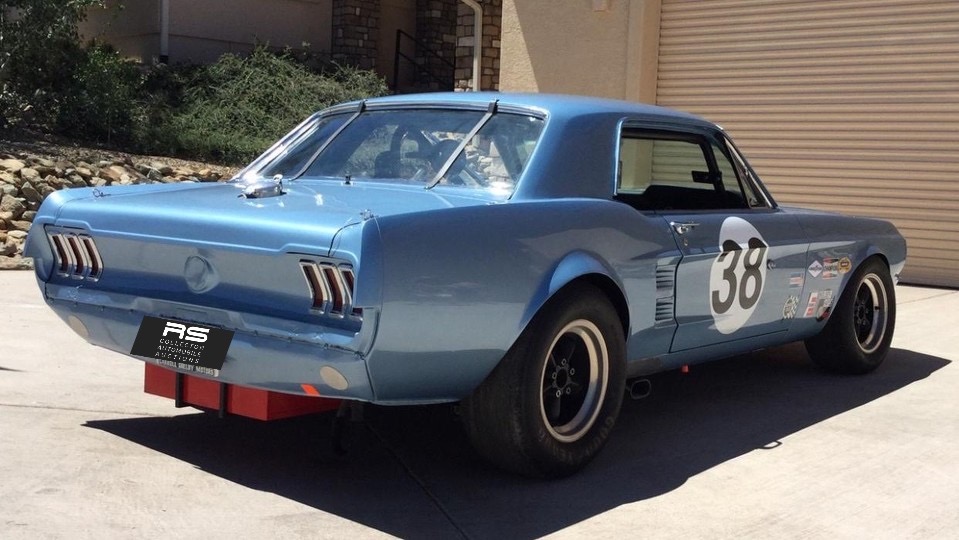 The car has never been titled nor street driven, Russo and Steele notes.