A 1953 DB3S Works racing car owned and driven by Peter Collins will be featured August 15 when RM Sotheby’s and Aston Martin stage the “Evening with Aston Martin” auction in downtown Monterey, California, the auction house and the carmaker have announced.

A 1965 DB5 “shooting brake” and a 1961 DB4GT also are among the nearly three dozen cars on the docket for the one-marque auction during Monterey Car Week 2019.

“The 15 August sale, which will showcase sports cars spanning decades of high watermarks in the luxury British brand’s history, will now see a 1953 DB3S Works among its highlights as this second Works car – campaigned by motorsport hero Peter Collins – has been confirmed for inclusion in the exclusive auction,” Aston Martin confirmed. 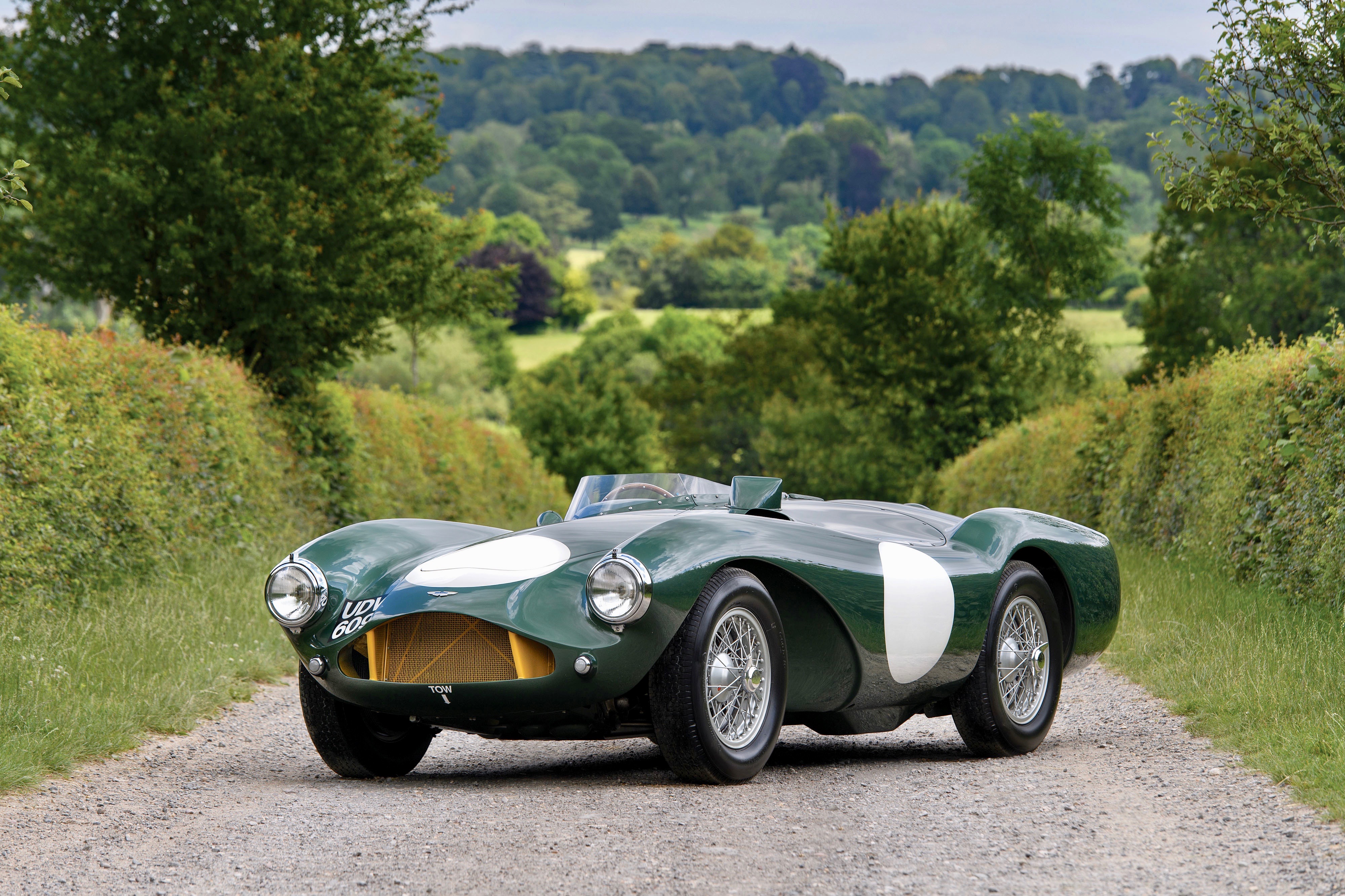 “One of the finest of its kind, DB3S/2 is the second Works DB3S built and was raced in some of the most prestigious motorsport events of the 1950s including the 24 Hours of Le Mans, the British Grand Prix, the 1000 KM of Buenos Aires, the 12 Hours of Sebring, and the Mille Miglia.”

“A true product of its era, the DB3S was conceived as the idea of two great engineers of the time: W.O. Bentley and Professor Robert Eberan von Eberhorst, of Auto Union,” RM Sotheby’s added.

“Radically developing Eberhorst’s DB3 chassis, fellow designer and engineer Willie Watson turned the DB3S into a far lighter and nimbler car that was more suited to being powered by the high-compression 3.0-liter version of W.O.’s straight-six engine, giving the model the edge over contemporary rivals. Legendary British designer Frank Feeley penned the gorgeous lines of the bodywork, creating one of the best-looking shapes ever to grace a race circuit, and still visible in the design language of Aston Martin models made today.”

The car was involved in a crash in its first race but a month later, Collins drove the car to third place in the British Grand Prix at Silverstone. Reg Parnell, who was driving in that first race, “made up for his first go soon after, pairing up with Aston Martin stalwart Eric Thompson to win the Goodwood 9 Hours,” the auction house noted.

The car also raced internationally in 1954, including the 12 Hours of Sebring and Mille Miglia. After the season, Collins bought the used racer and registered it with the UDV 609 plate, which remains today, while continuing to drive it in motorsports competition.

The car eventually found its way to George Gale, who owned it for more than two decades before selling it to Richard Forshaw of Aston Martin Service Dorset, who owned more DB3S examples than anyone. Forshaw restored DB3S/2 to the “Works specification as Peter Collins” bought it.

The car, which has taken part in the Monterey Historics, Goodwood Revival and the Pebble Beach Concours d’Elegance, has a pre-auction estimated value of $8.75 million to $10.5 million.

“This magnificent DB3S represents a significant moment in Aston Martin’s competition history,” Michael Squire, an RM Sotheby’s car specialist, was quoted in the news release. “This works car performed at the highest level in the golden era of motorsport, and one of Aston Martin’s most successful eras in racing.

“Very few race cars of the period can claim to have their original chassis, engine and body from when they left the factory – and DB3S/2 is one of those few. We look back fondly on the talents of the late Peter Collins, who owned and raced this very car, making Monterey an extraordinary opportunity for any Aston Martin or motorsport collector to own and drive a part of his story.”

The “Evening with Aston Martin” sale kicks off the three-day RM Sotheby’s auction at the Monterey Conference Center.