In 1911, Ray Harroun drove a specially prepared Marmon to victory in the first Indianapolis 500-mile race.

The Pick of the Day is a 1915 Marmon 41 being advertised for sale on ClassicCars.com by a specialist dealership located in Orange, Connecticut.

“Early on, the Marmon brothers experimented with exotically designed engines for their cars which included a 20-horsepower overhead-valve air-cooled V4 engine, a V6 engine, and an experimental 75-horsepower V8 engine in 1907.

“Finally settling for an inline six-cylinder design, dubbed the Model 32, in 1908 which was made famous three years later with a Model 32 based race car called “The Wasp,” winning the very first Indianapolis 500 race in 1911 driven by famous race driver Ray Harroun.”

The dealer points out that to uphold its fame, Indianapolis-based Marmon introduced the Model 41 in 1913, “featuring a massive L-Head six-cylinder engine with a three-speed transmission making over 70 Horsepower.

“With a fully pressurized oil system and a 7 main bearing crankcase, the Model 41 is not only powerful, but unbreakable. Marmons were a very upscale expensive car when they were new, the Model 41 being $3,500 dollars. For perspective, a brand-new Cadillac in 1913 was around $1,800 dollars and a new Ford was only $525 dollars.

“Model 41 production continued through 1915 and today there are less than a handful that exist. Every car that was produced was test driven around the Indianapolis 500 race track at over 80 miles per hour before being shipped to their dealer.”

The dealer says the Model 41 on offer is “most likely the finest early Marmon to exist today,” noting that the car has been owned by the same family since it was purchased from Frank E. Wing Motorcars in 1915, and is the only Model 41 “Club Roadster” surviving – it has a 3-seat cloverleaf body. 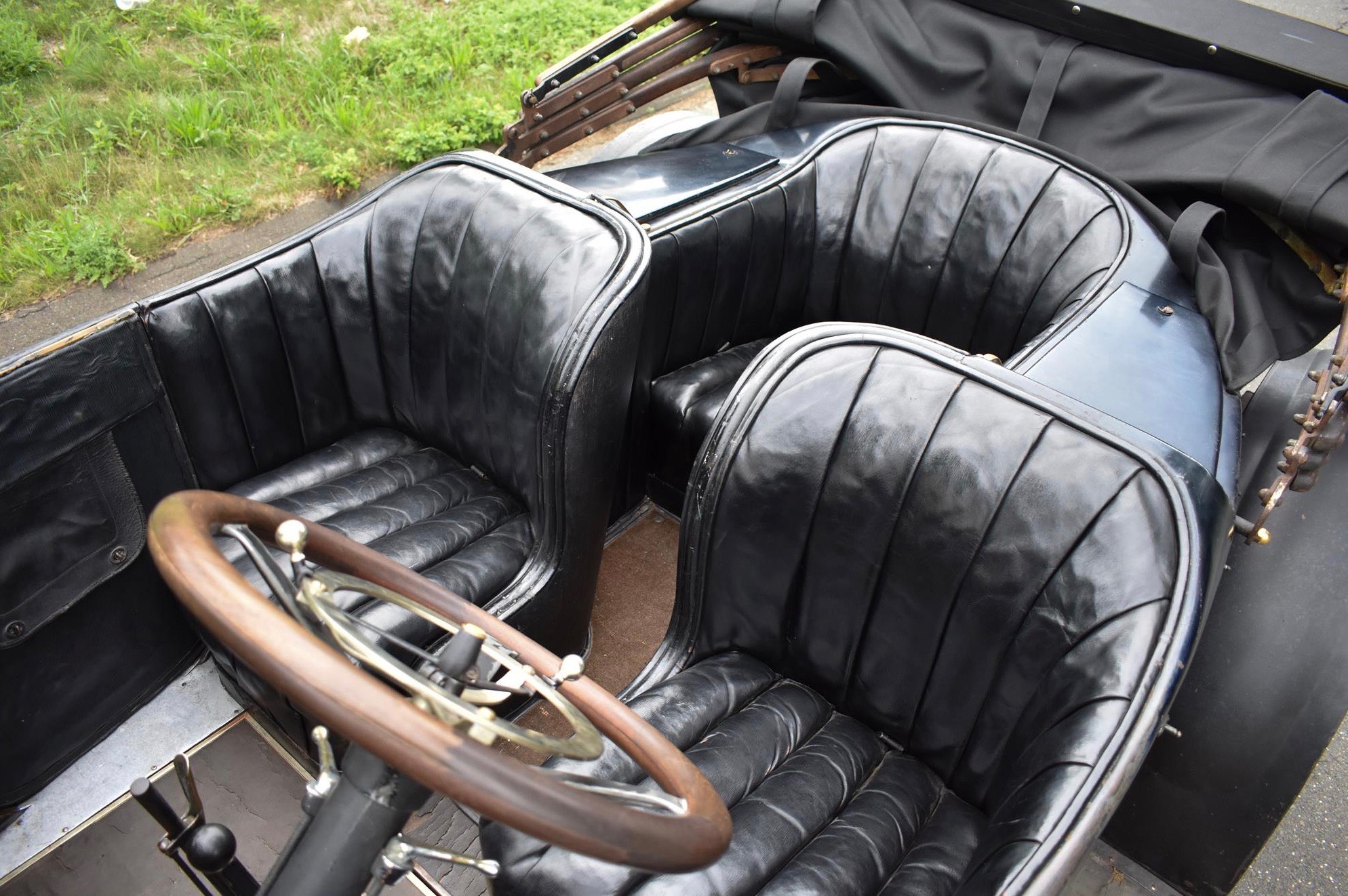 The car comes with original owner’s manual, service records, even the original owner’s driver’s license and registrations from 1915 through the late 1920s, “when the car was taken off the road and stored away.”

The car is preserved in original condition and has had a mechanical “going over” that involved replacing some engine components, a new shaft for the water pump, flushing fuel and cooling systems, and new tires. The dealer says the car was driven 100 miles on its first test day after that work.

No price is quoted in the advertisement, but you can view this listing at ClassicCars.com.