OK, I admit it, I’m at an age at which I need a teenager around to help me figure out electrical devices controlled by apps that need to be downloaded to a smart phone.

A case in point is the Tapplock one+.

“Car lovers tend to have a garage or shed full of tools, cleaning supplies and other car-related items that they secure when not in use,” came the pitch from the lock’s manufacturer.

“Using a traditional padlock can be a hassle, especially having to recall the combination or where you last placed the key. Upgrade your security to the Tapplock one, a smart padlock that can be opened in under a second allowing instant access to your items and is weather-resistant when closed with a rating of IP67,” so i can be used outdoors and unlocked in any weather condition.

As a bonus, “Users can also utilize the Tapplock app to view the history of the lock and give others remote access.” 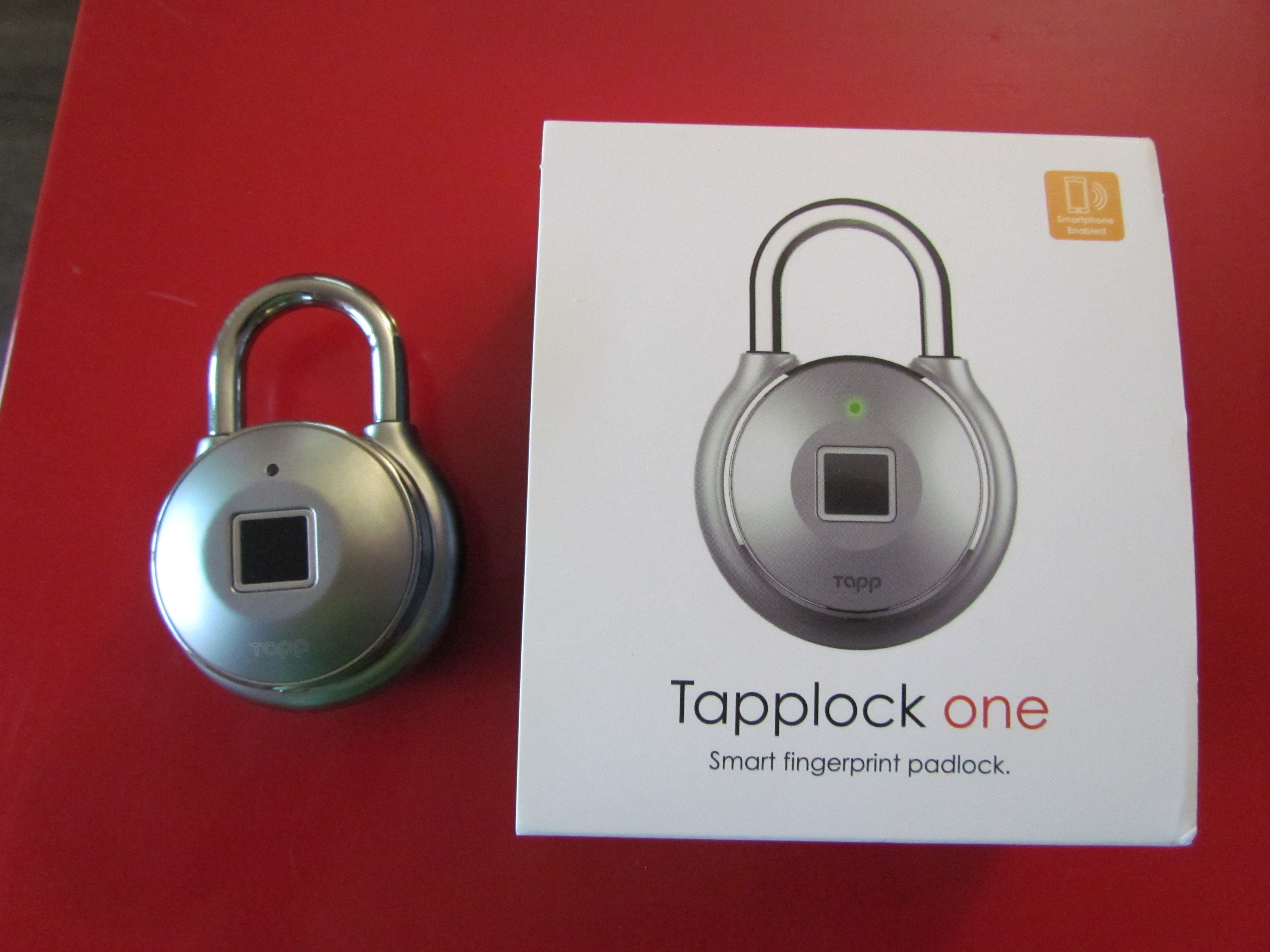 I received that pitch — and an example of the lock — a few months ago. I got the app downloaded onto my iPhone, but at that point I was stymied; I couldn’t figure out how to actually operate the lock, which uses your fingerprint to open.

Fast forward and one of my teenage grandsons was visiting, and it took him all of about a nanosecond to get the lock operating at the touch of his thumb.

According to the Tapplock website, the lock operates within 0.8 seconds. Not only that, its memory will remember the fingerprints of pretty much whomever you want to share access to your valuables.

The lock can be unlocked with your fingerprint, via Bluetooth via the Tapplock app on your cellphone, or via the backup Morse Code-unlocking system of long-and-short touches of the power button on the lock.

According to Tapplock Corp., which is based in Toronto, Ontario, Canada, the battery in the lock is designed to retain power for a full year, or 3,500 unlocks, and a light on the lock blinks red when power falls below 10 percent capacity. A cable supplied with the lock recharges the battery via a USB port.

The company says the lock is water and weatherproof, dust- and rust-proof as well, and works at temperatures ranging from -4 to 149F.

As my grandson demonstrated, the lock functions as designed and, no, he didn’t offer to let me enter and save my fingerprint and took the lock home with him to protect his valuables.

The Tapplock one+ has a retail price of $99 and is available in sterling silver, gunmetal or midnight black finishes. It also is available in multi packs of two for $179 or four for $349.

The locks can be ordered through the Tapplock website.