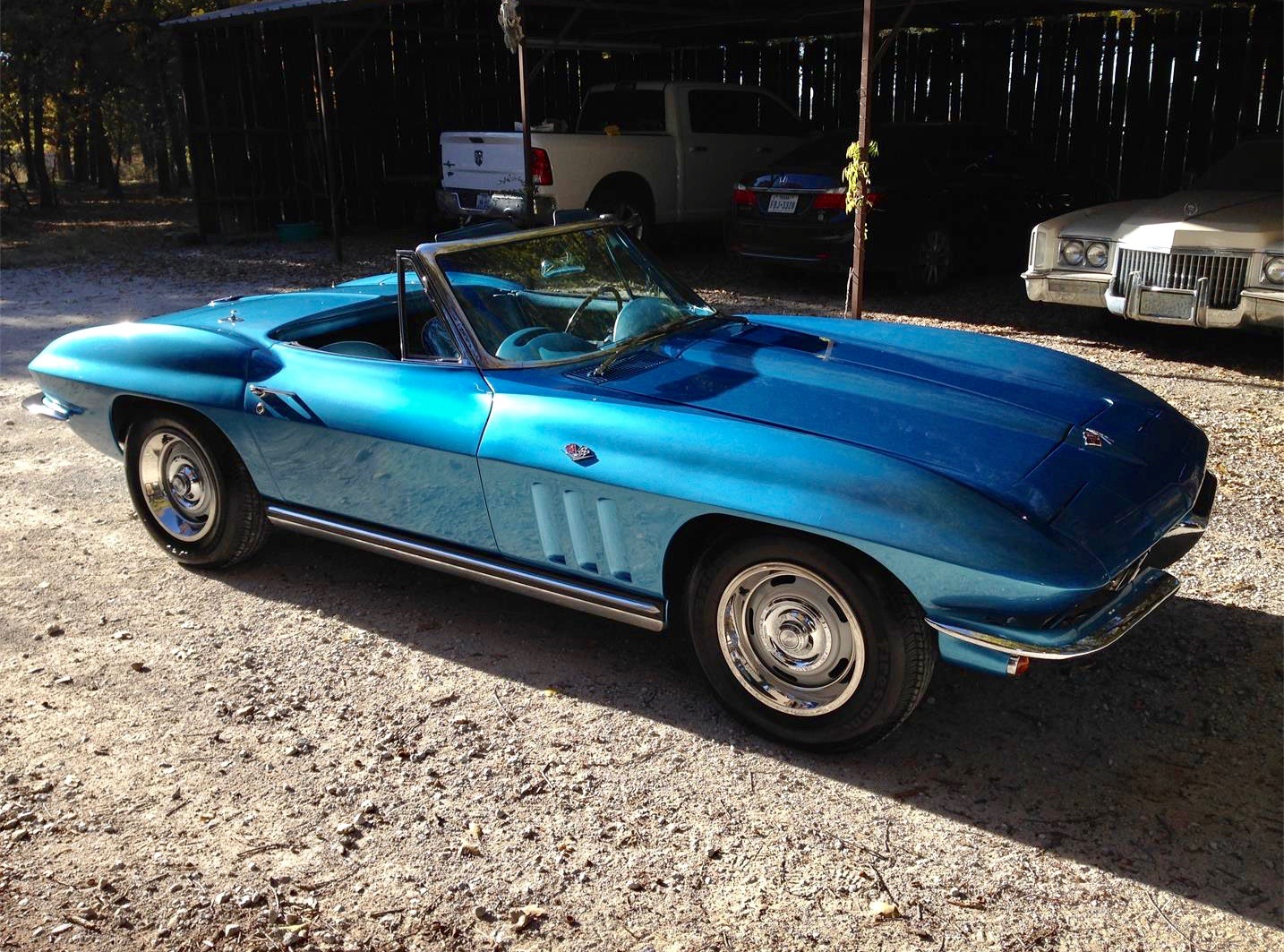 Today being the Fourth of July, it seems only fitting that the Pick of the Day be a “baseball, hot dogs, apple pie and Chevrolet.” Especially a Corvette.

As much as we all love the split-window ’63 Corvette, for some reason the Corvette of that generation that really turns my head every time I see one on the road is the convertible, and especially in yellow.

But you can’t have a yellow car on red-white-and-blue day, so I went searching not only for a second-generation Corvette convertible, but one in red, white or blue, and, in the spirit of iconic American individualism, one being offered by a private owner. 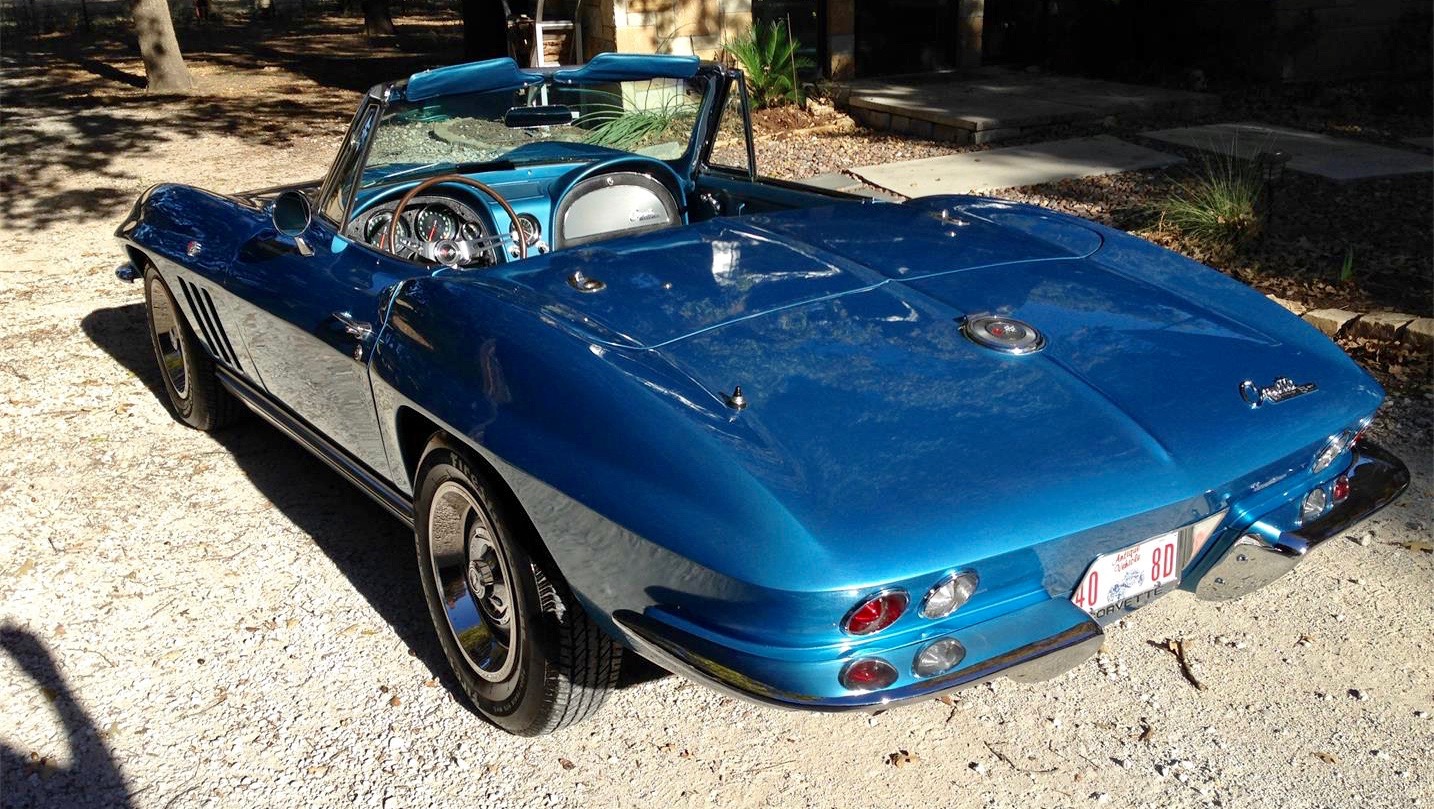 And I found one, and it’s in Brock, Texas, which seems fitting to me since I once had a friend named Brock who was from Texas, though we never called him by that name. We all knew him as “Horse.”

Which brings us to the Pick of the Day, a 1965 Corvette Stingray convertible. And not a show piece but described by its owner as “a nice ‘driver’ quality” example.

“It was purchased 11 years ago from a reputable classic car dealer in Canada and has been maintained by a professional mechanic since my purchase,” the seller says in the car’s advertisement on ClassicCars.com.

“The car has been mechanically restored (e.g., engine, transmission, brake system, exhaust system, suspension, etc.) primarily to make it more street friendly/reliable. I have all the receipts for the modifications as well as the majority of the original/non original parts that will convey as part of the sale (e.g., knock-off wheels/lead hammer, solid lifter camshaft/lifters, Holley 4 barrel with manual choke, etc.).

“It drives, runs and sounds great! It also stops on a dime due to the 4-wheel disc brakes.

“The car doesn’t have power steering but it is really not necessary given the light weight of the car and size of the steering wheel.”

The seller says the car appears to have been repainted before his purchase in its original Nassau Blue. 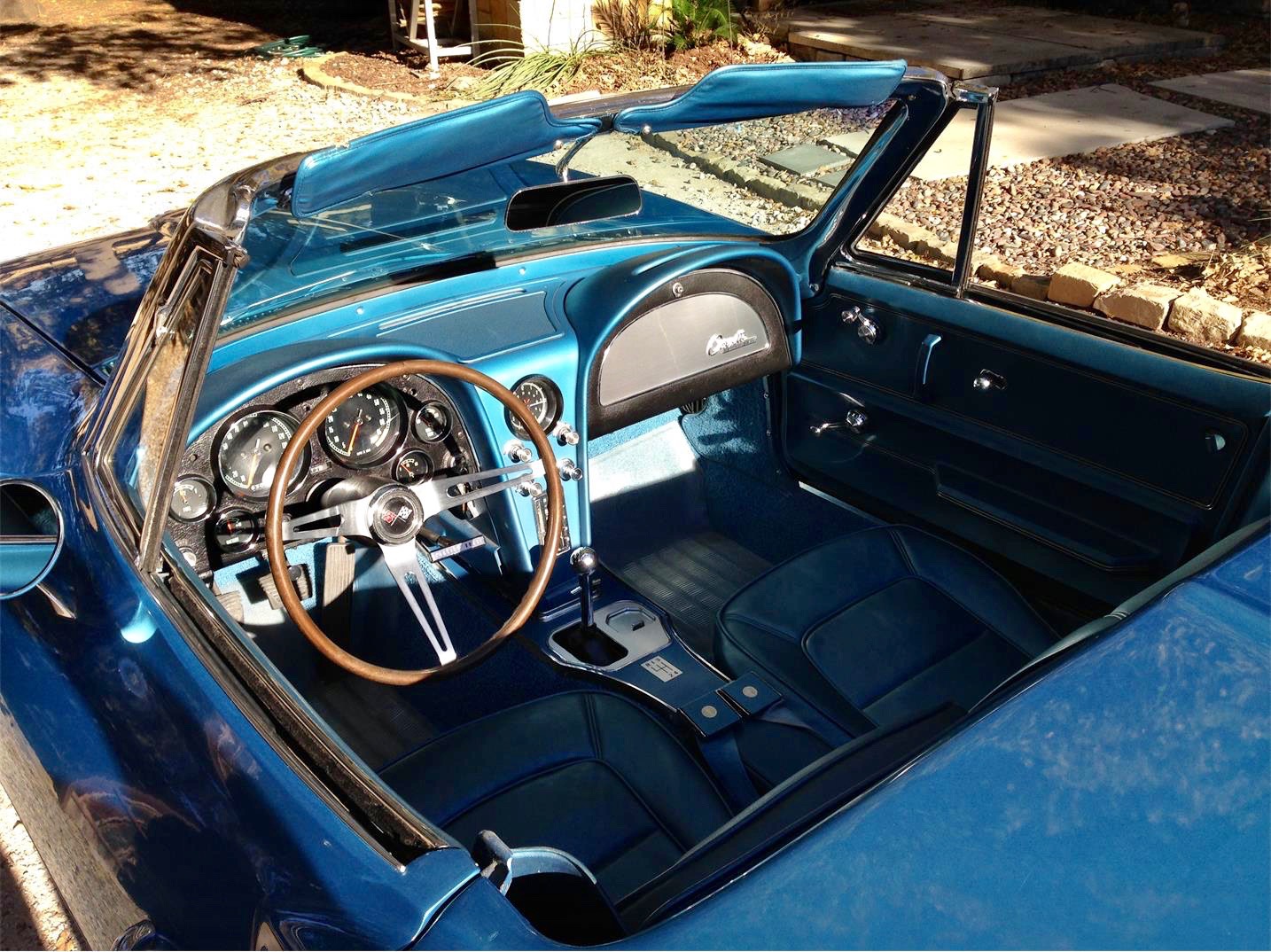 “The paint does show some signs of age (1 small spider-web, a few rock chips, etc.) but still looks good as evidenced in the photos. If you really want to make it car show-winner worthy, it would need a new paint job, convertible top and the seats/sun visors re-upholstered.”

So why is the car for sale?

“I am selling the car simply because I do not have time to drive/enjoy due to competing priorities.”

And despite what we see from Washington, D.C., in the true spirit of the U.S. of A., “I am negotiable on the price.” 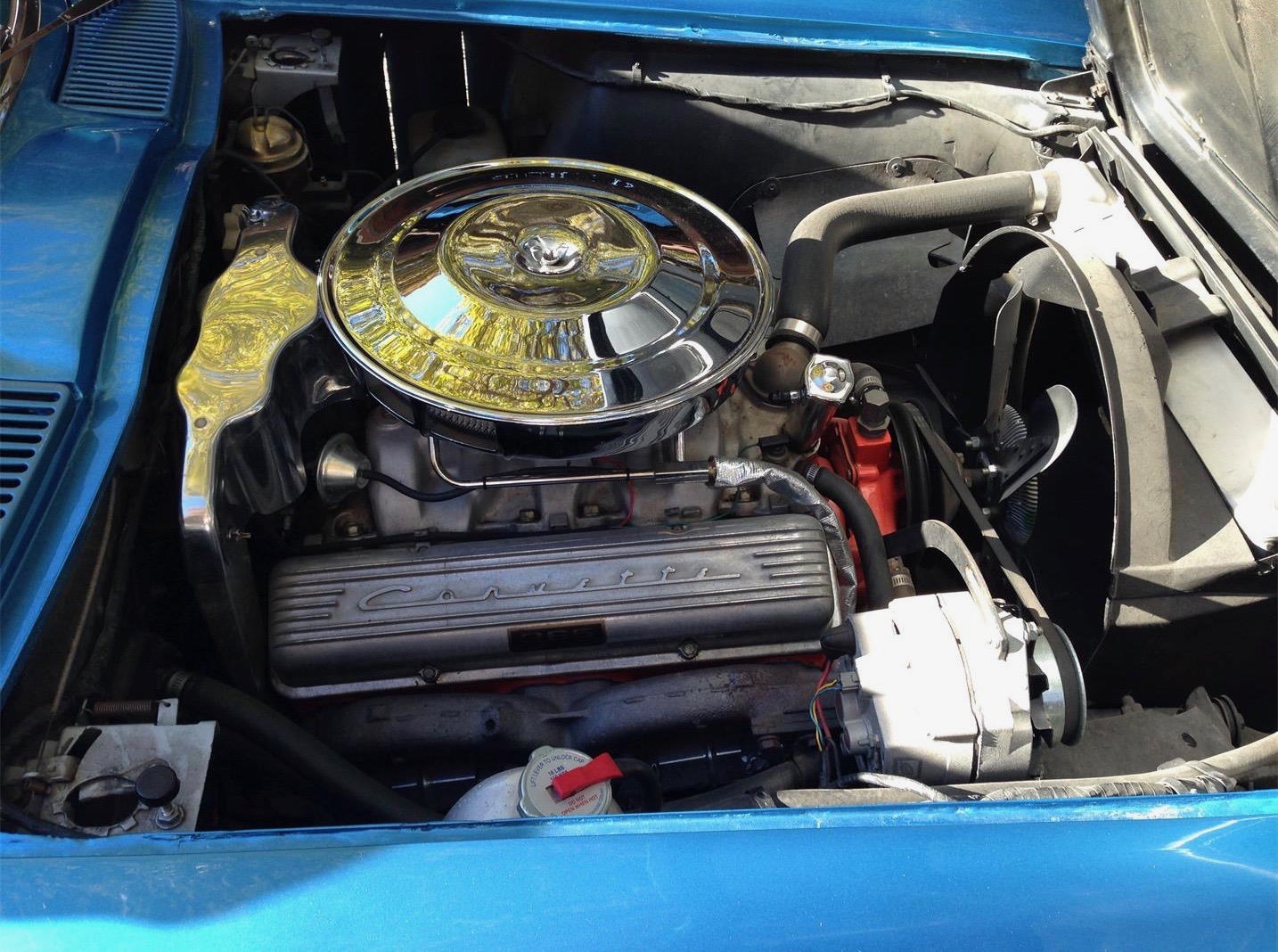 By the way, the car has a period-correct L76 V8 engine, 327cid and rated at 365 horsepower, and linked to a manual transmission. 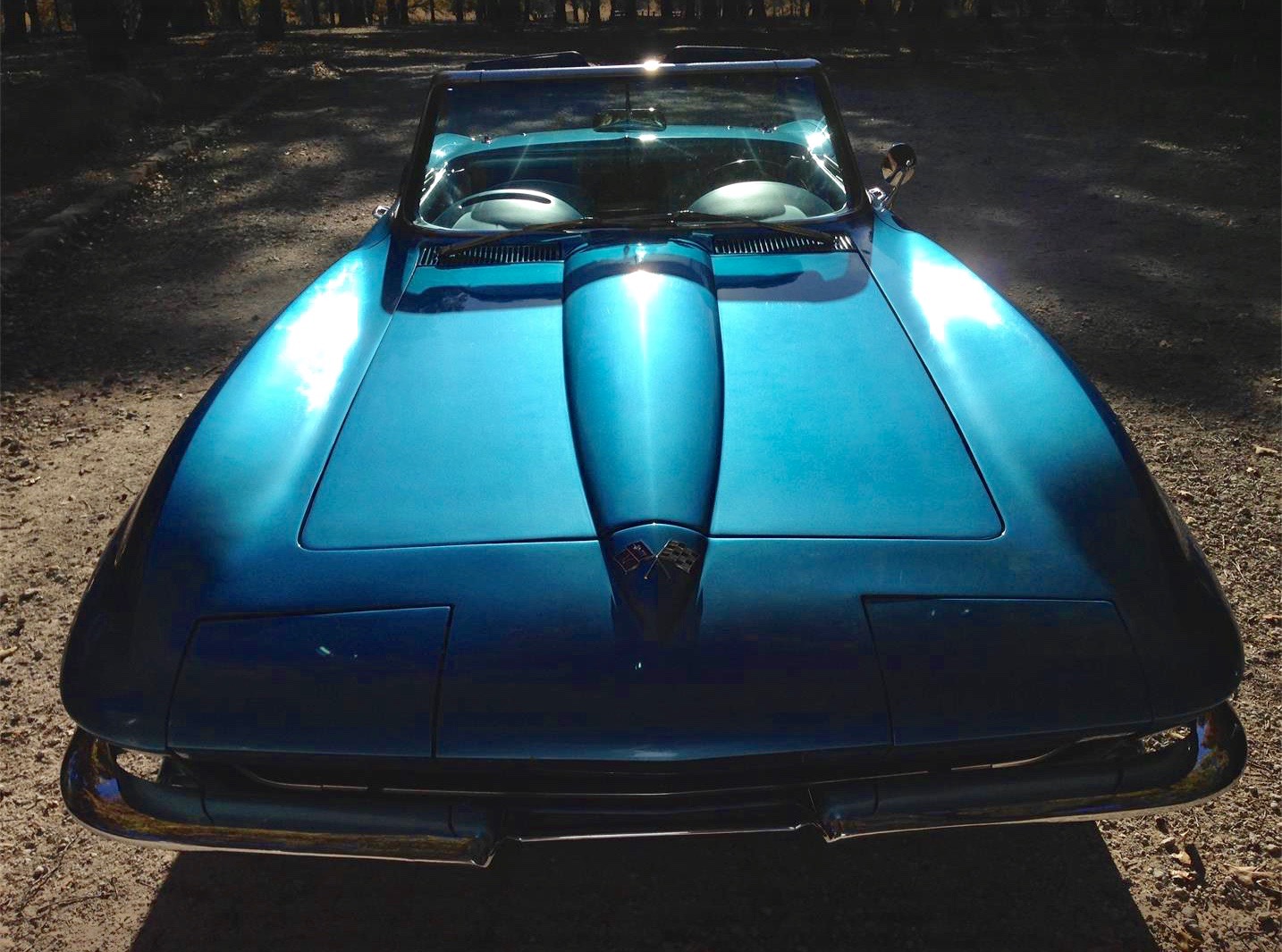