The limited-production Z1 was the first of BMW’s Z-series roadsters, which really came to fruition with the popular Z3 and subsequent Z4 sports cars. While the Z1 is something of a footnote in BMW history, it is a remarkably cool little car with some unique features.

Most notable are the doors that descend into the body to open.  Depictions of the Z1 usually show it with the doors in the “open” position – disappeared into the lower sills.

That’s how the Pick of the Day, a 1991 BMW Z1, is shown in the gallery of photos with the advertisement on ClassicCars.com.  The drop-down doors accentuate the “open-car experience,” notes the private seller located in Elizabethtown, Pennsylvania, as well as drawing appreciative attention. “This has been a fun car to drive and gains much attention when arriving at events,” the seller says in the ad.

“This car is #7823 of 8,000 produced and believed to be the first fully federalized Z1 in the US,” the seller notes. “The car was always in a climate-controlled garage since we owned it. All service records were kept in a binder for reference since 2008.”

The body of the Z1 is made of GE plastic and comes from a design by Ulrich Bez, according to the ad.  The body is fitted to a specially designed chassis, and the engine is a 170-horsepower, 2.5-liter straight-6 from a BMW E30, linked to a 5-speed manual transmission and rear-wheel drive. 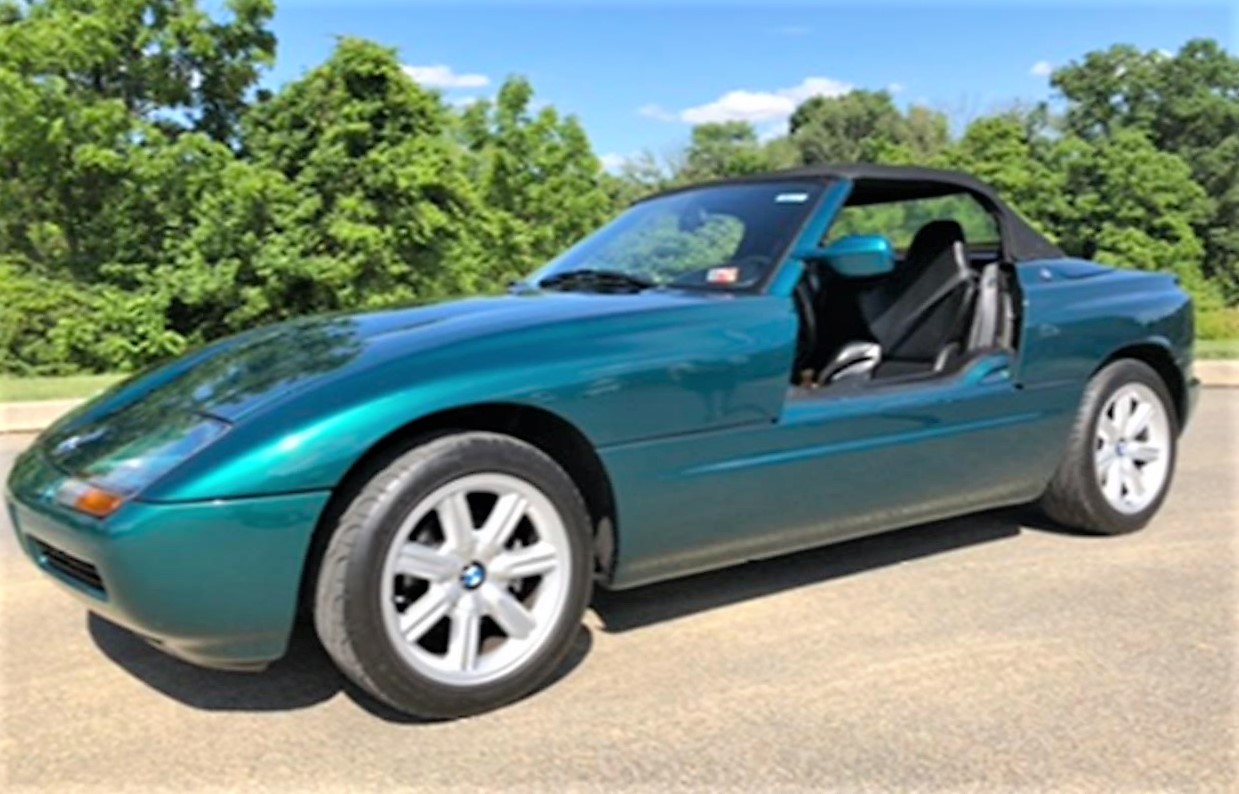 “The remarkable design of the aerodynamics is incredible,” the seller adds. “The entire underbelly of the car is covered by a flat composite undertray which is designed to smooth the airflow to the rear to avoid negative lift at highway speeds.”

As well as being an interesting car, the Z1 has a colorful history, including connections with a Miami murder case and a Hollywood movie cameo appearance.

“Karl-Helmut Steiner brought it into the US in 1993,” the seller says. “He was a professor in Berlin and a German hotelier and owned hotels on South Beach in Miami. 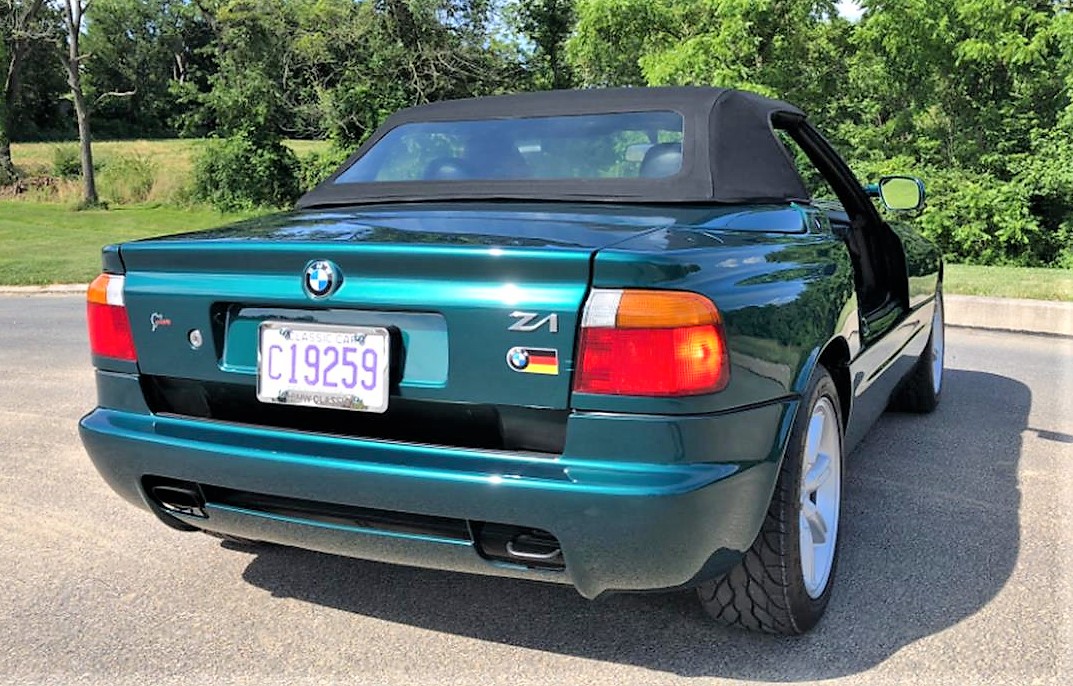 “Karl was found brutally murdered in Jamaica in 2008. It took a few years until they discovered his wife and her boyfriend the gardener had murdered him. I have much documentation to back up this story.

“This car was also in the movie Miami Rhapsody with SJP (Sarah Jessica Parker), Antonio Banderas and Mia Farrow. It is sitting in front of a hotel on South Beach, which I am speculating was Karl’s Hotel, when they are strolling down the street. We will include the movie poster and other details about the car with purchase.” 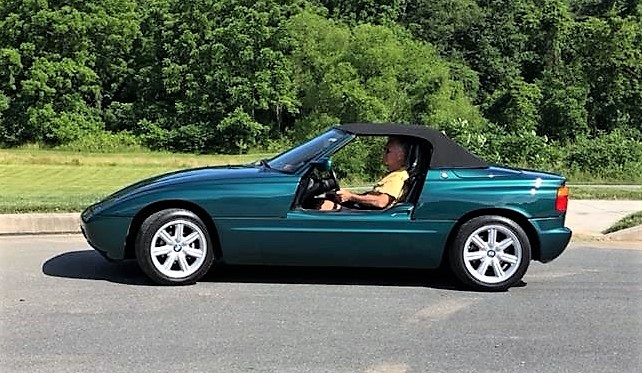 The speedometer was professionally recalibrated from kilometers to miles per hour, and the total mileage of 34,200 miles has been verified as authentic, the seller notes.

The asking price for this unusual piece of BMW and Miami history is $64,900.