“There’s nothing quite like the plodding sound of idling flathead engines waiting for the green flag or the roar of British Twins as they come out of Turn 5 to make the climb up the hill and under the Corvette Bridge,” said Road America president and general manager, Mike Kertscher. 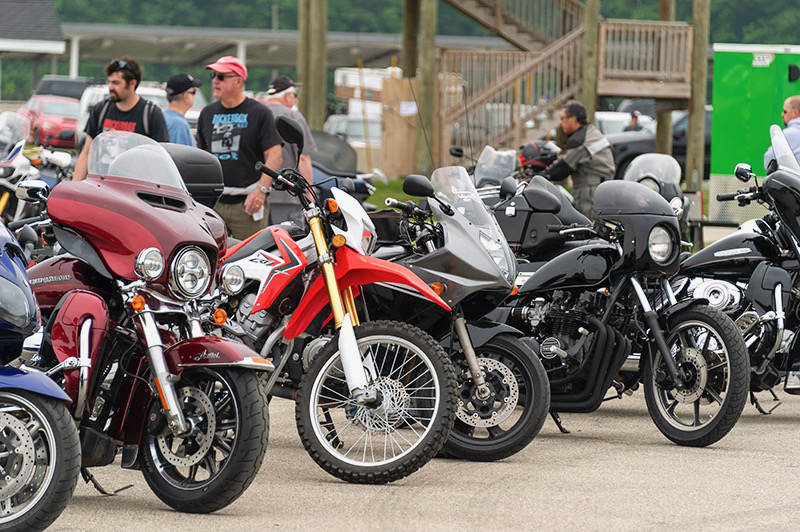 “From Indian Scouts to Manx Nortons, bevel-drive Ducatis to Honda CBs, it’s hard to find an unrepresented part of motorcycle racing history. It’s basically everything you would see in a museum, but here you see them in action.”

The weekend also includes the Rockerbox bike show, a concours for motorcycles, on July 27.

Organizers of the Silverstone Classic, scheduled for July 26-28 at the historic British racing circuit, expect more than 1,000 vintage racing cars for the world’s largest such motorsports gathering.

New this year is the event’s first single-seater showcase with F1, F2 and F3 grids. The weekend also will celebrate the 60th anniversary of the Mini with “the greatest-ever field” of such cars in racing trim.

Another new attraction this year will be the Historic Sports Car Club’s Thundersports category for Can-Am style sports-racing cars.

“The inclusion of these Thundersports cars will add yet another dimension to an incredible feast of motor sport history which ranges from the wonderful Bentleys that raced so heroically at Le Mans in the ’20s right up to the recent eras of startling prototype sportscars,” said Nick Wigley, Silverstone Classic chief executive.

Also taking part will be Jackie Stewart in a celebration of the 50th anniversary of his first British Grand Prix victory as he is reunited with the Matra-Ford that he drove to victory in the 1969 F1 race at Silverstone.

From 9-time Le Mans winner Tom Kristensen to 15-time Grand Prix motorcycle racing champion Giacomo Agostini and 23-time Isle of Man TT winner John McGuinness, the Goodwood Festival of Speed has announced the lineup of drivers and riders for 2019, and they include Ken Block who will compete in his Hoonitruck and his Ford RS.

The first Rennsport Collective, a showcase of Porsche motorsports, is scheduled for July 20 on the grounds of the Donington Hall estate in Leicestershire, England.

“The inaugural Rennsport Collective event will be a true celebration of Porsche Motorsport, with a uniquely curated collection of rare and sought-after road and race cars on display and driving the parade circuit,” organizers promise.

“The Rennsport Collective event will be open to the public and, for one day only, will give guests the opportunity to see one of the largest collections of motorsport-inspired Porsches ever brought together in the UK. Not only will the cars be displayed against the beautiful backdrop of Donington Hall, but guests can also enjoy the sights and sounds of the cars as they take to the parade circuit for a celebratory lap or two.”

And here’s a twist: The cars will be curated by color, not by time or age.

“This will showcase the connections between cars from different eras and styles, brought together in a range of complementary color palettes,” the news release reports. “You may find a 991.2 GT2 RS road car in racing yellow alongside the yellow 911 S/T driven by Gerard Larrousse on the Tour de France to third place in 1970; next to the 1995 BPR World Championship winning 993 GT2.”