After spending 36 years in a wood-lined container complete with a de-humidifier, a 1960 Heinkel Type 153 Cabin Cruiser bubble car will be featured in H&H Classics online auction scheduled for July 3.

“The Heinkel Cabin Cruiser in this sale is a cult classic which provides a great opportunity to buy a very characterful car that is in exceptionally original, low-mileage condition,” the auction company said.

“Following the re-location of production to Ireland in 1958 this Cabin Cruiser was ordered new by Mr E.S. Stock of Ipswich. The car left the factory during December 1959 and was registered to Mr Stock in Jan 1960. 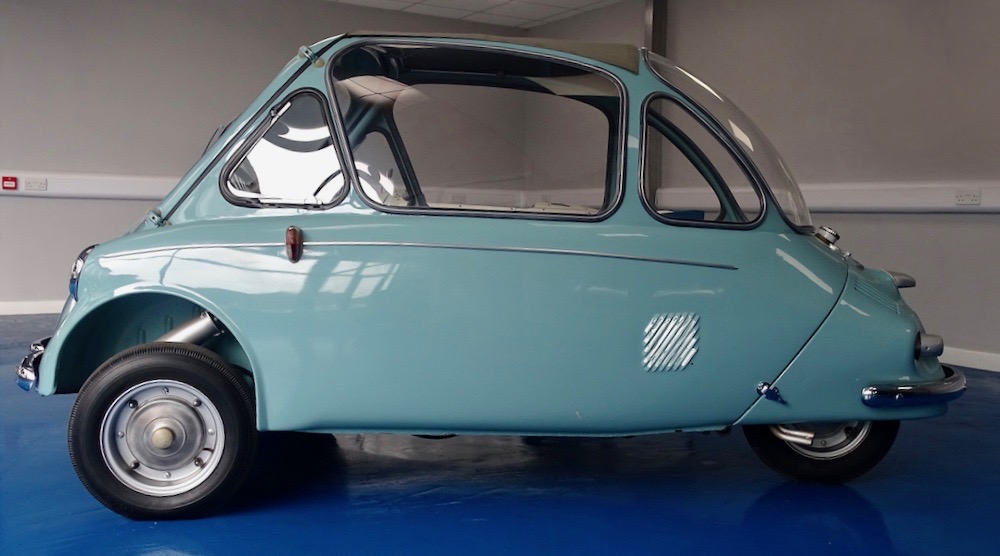 “He scarcely used the Heinkel but nonetheless mollycoddled it. Thus, much of the car’s original delivery paperwork still accompanied it when his estate put it up for sale in December 1983.

“The vendor spotted an advert for the Heinkel in the back of the Sunday Times while having lunch with friends in London and bought it as a present for his infant son to enjoy in the future.”

The Heinkel Kabine was designed by Heinkel Flugzeugwerke and was produced from 1956-1958 by German aircraft manufacturer Ernst Heinkel. Production was moved under license to Dundalk Engineering Company in Ireland in 1958 and production resumed in 1960 and continued until 1966. 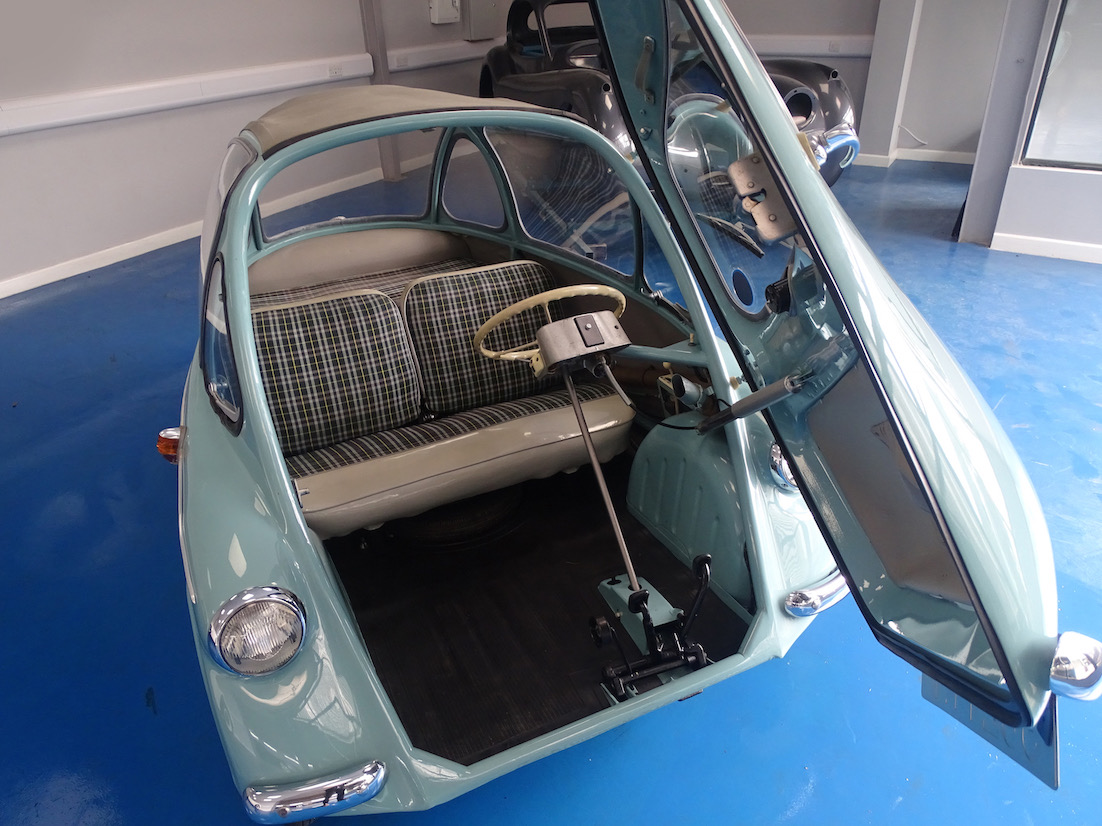