1938 Ford convertible has been in the family for 60 years 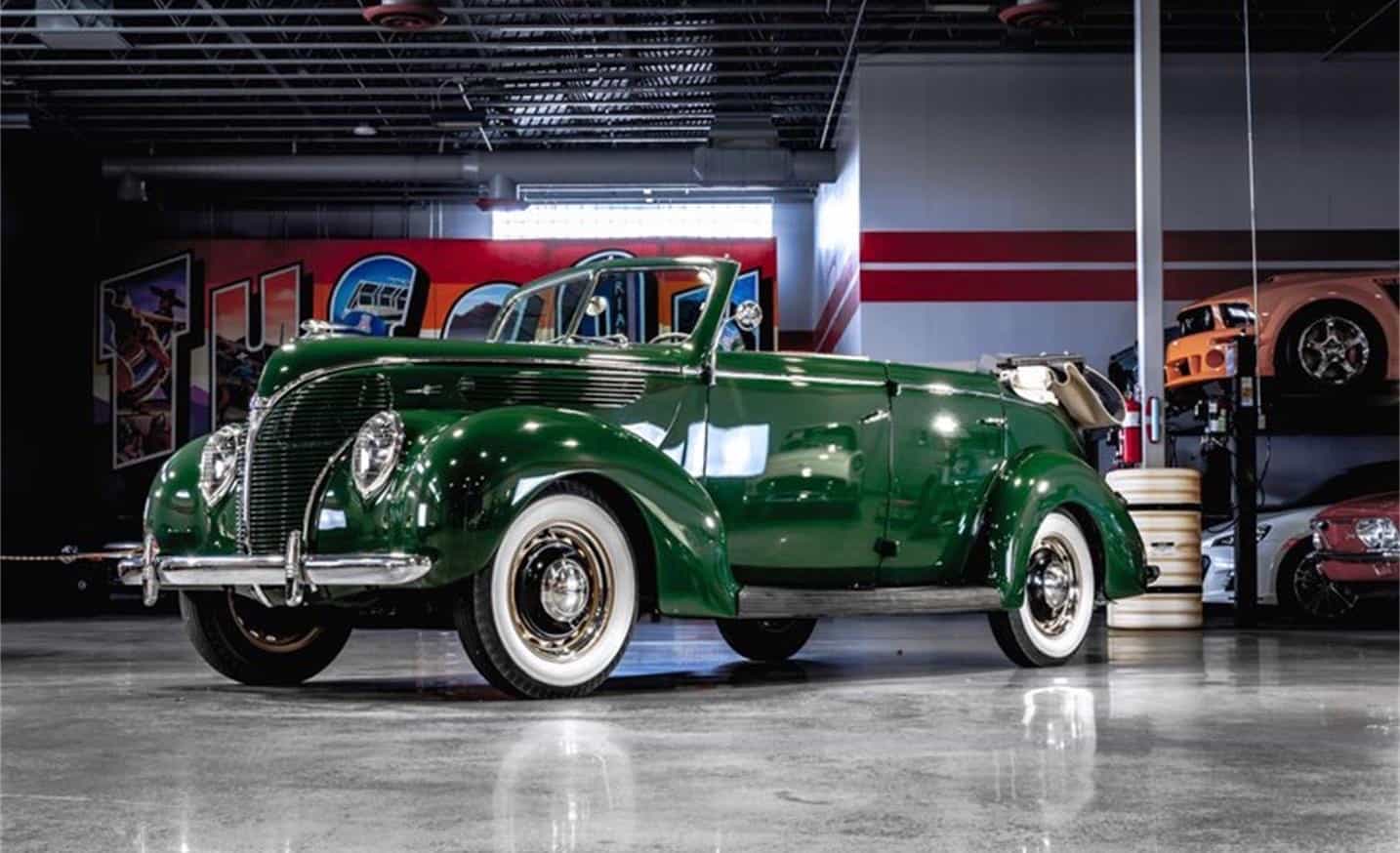 You gotta love the story behind the Pick of the Day, a 1938 Ford Deluxe convertible being advertised on ClassicCars.com.

According to the Tucson, Arizona, dealer offering the car, the second owners purchased the Ford after spotting it along the Old Nogales Highway in Tucson in 1959. The couple drove the car as the family’s daily driver for more than 40 years. They then had the car restored and are parting with it 60 years after buying it only because they no longer drive.

The dealer promises that the flathead V8 starts right up, the transmission is easy to shift and the quality of the build “will take you wherever you want to go.”

Ford updated that styling of its cars for the 1937 model year and in 1938 gave the Deluxe versions heart-shaped grilles. New dashboard designs also were part of the ’38 model year update.

The Pick of the Day is green with tan interior, and that includes the wood-paneled dashboard. The convertible top also appears to be cream colored.

The car appears to be in immaculate condition in the photos that are part of its advertisement. The car is for sale for $39,929.