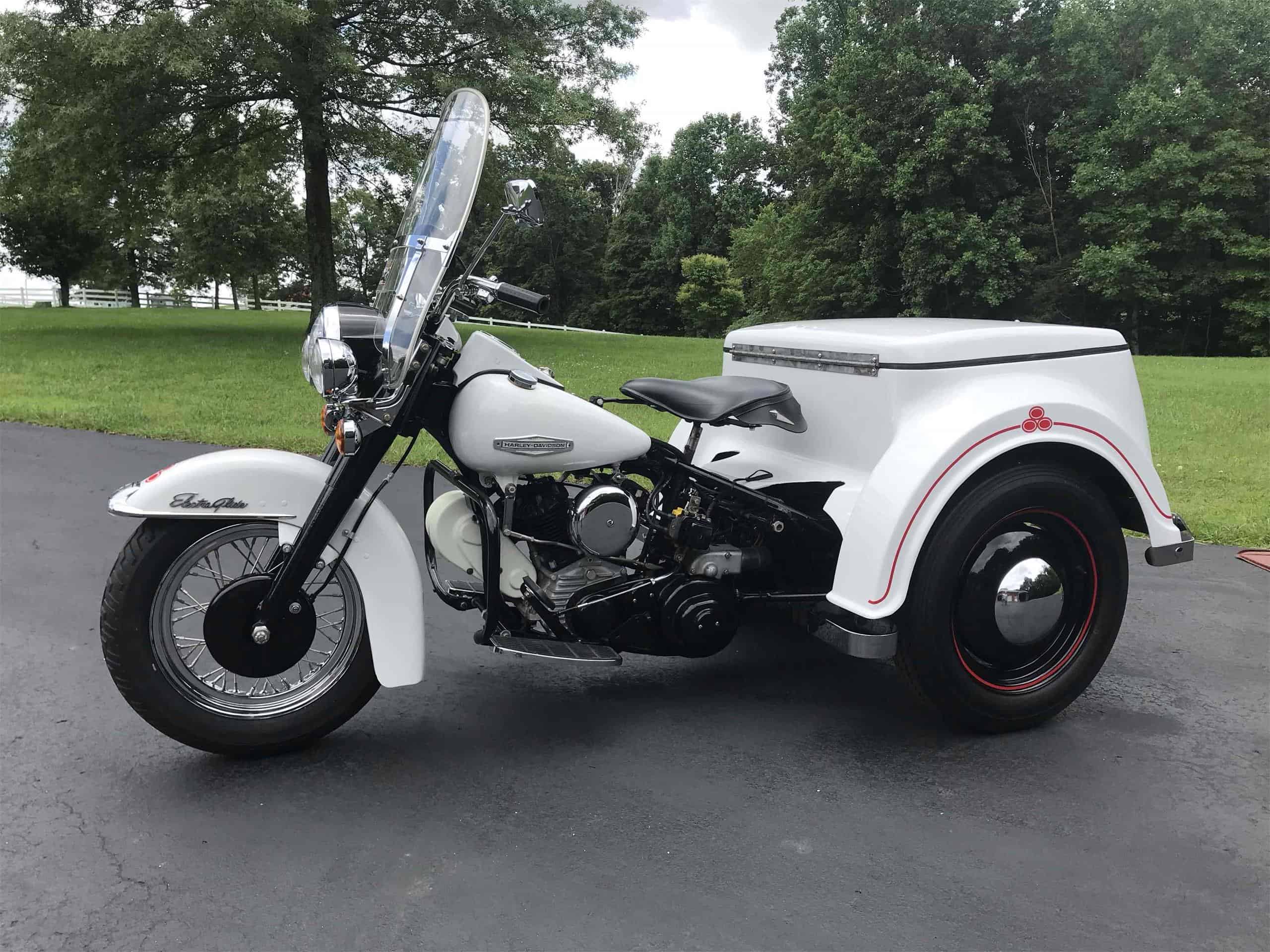 Looking for vehicles that might help it rebound after the Great Depression, Harley-Davidson created a three-wheeled motorcycle known as the Servi-Car.

They were available with a bigger battery and a front-mounted tow bar for use by automobile service facilities that would work on a customer’s car and then deliver them back to their owners with the Servi-Car in tow to provide a ride back to the shop for the delivery mechanic.

But they became much more popular with people who sold things out of the large rear-mounted cargo box and especially with police departments for traffic and parking enforcement duties in cities.

The Pick of the Day is one of those police department versions, a 1967 Harley-Davidson Servi-Car that the private seller advertising the trike on ClassicCars.com says was originally purchased for use by meter maids working for the police department in New Albany, Indiana.

“We used this several different ways,” the seller says in the advertisement. “My wife is an insurance agent and we often sponsored little league baseball teams. I put advertising on the storage box and pulled up to the games with a trunk full of drinks – big hit!

“We’ve shown up at parties with all the liquor in the back — BIGGER hit!

“With its large storage box, this is an excellent option for tooling around town running errands.”

The seller reports that the Servi-Car has been restored, has a leather seat and rebuilt engine, and shows 36,688 miles on its odometer.

Servi-Cars were the first civilian Harleys equipped with electric starters, in 1964.

The Pick of the Day Servi-Car is located in Lanesville, Indiana, and offered for $13,500.