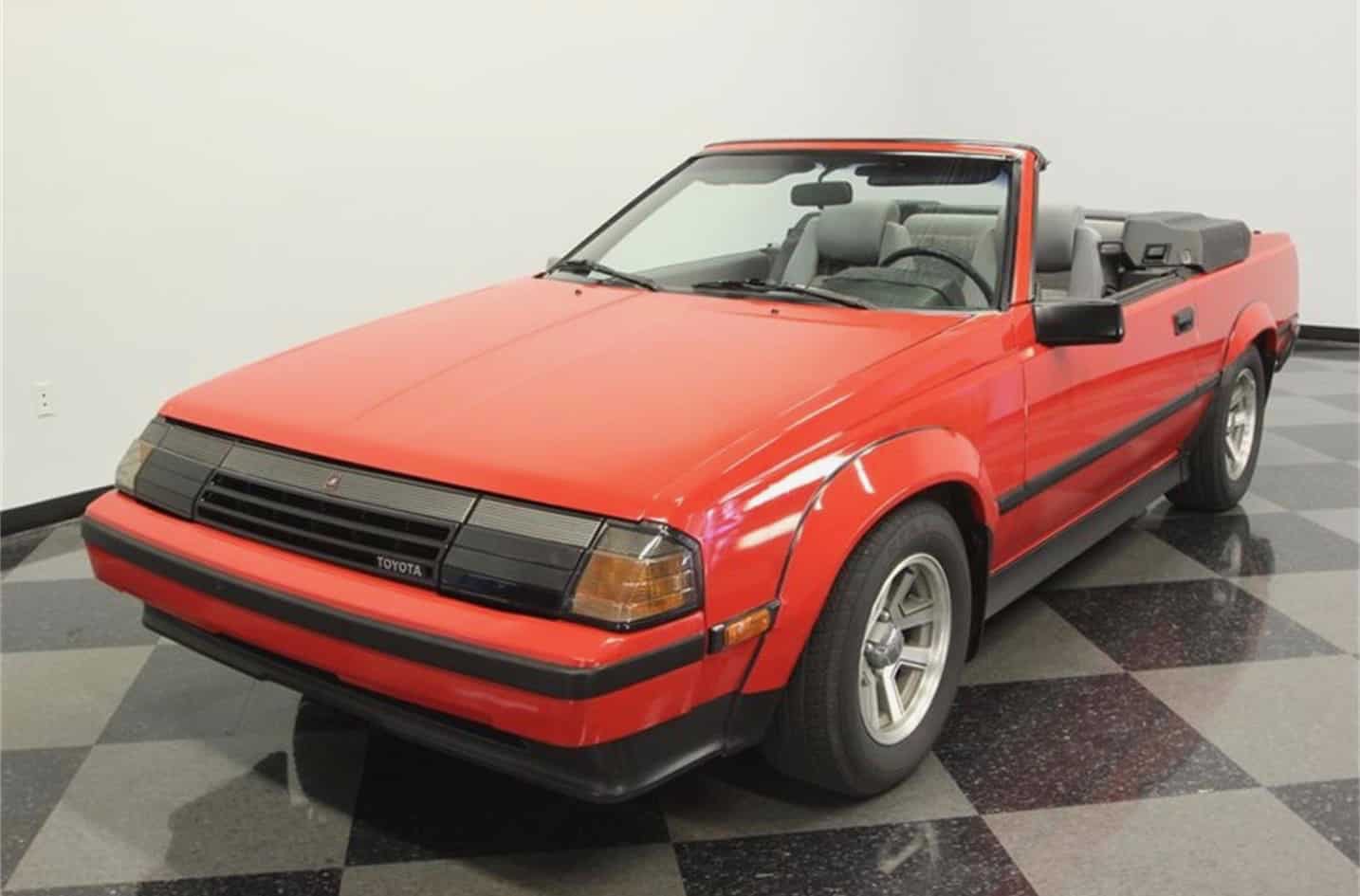 “Time to get your hands on a limited-edition droptop before the market for Japanese classics gets any hotter,” reports the Lutz, Florida, dealership offering the Pick of the Day on ClassicCars.com. The car is a 1985 Toyota Celica GTS convertible, which the dealership promises “is a survivor-grade example that will provide you with plenty of driving smiles and a ton of growing admiration.” The dealership says this third-generation Celica has been experienced “meticulous care.” The headlight doors fit flush, the flared wheel arches frame factory GTS wheels and the red paint is believed to be the original factory-applied coat, according to the ad. The dealership notes that the convertible version was offered only for the final two years of the model generation and was done by American Sunroof Corporation for Toyota. The dealership notes that only around 4,500 such cabriolets were produced. The car has been driven less than 51,000 miles since new, the advertisement says, the dealership adding that the interior looks so good “it doesn’t even look like this convertible was ever left out in the sun.” The car has cloth seat covers, power steering/locks/windows/convertible top, tilt wheel, AM/FM/cassette audio and cruise control. It also has air conditioning with R134a. Power comes from a 2.4-liter fuel-injected 4-cylinder engine linked to an automatic transmission. The car has 4-wheel disc brakes. The car is being offered for $14,995. To view this listing on ClassicCars.com, see Pick of the Day.