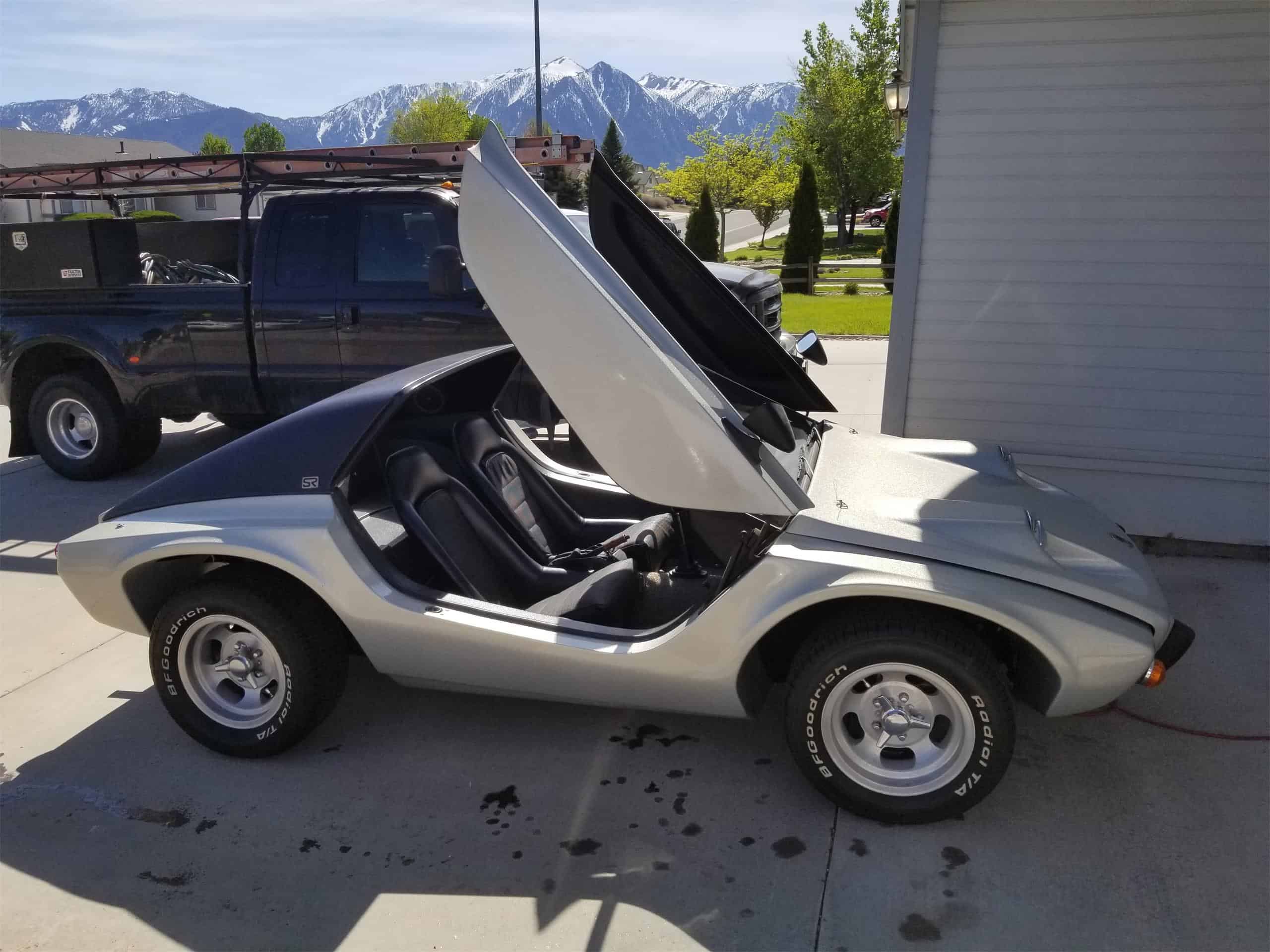 Bruce Meyer’s “Old Red” might have been the most famous of his dune buggies, but it and its ilk weren’t the only ones he produced at B.F. Meyers & Co. between the mid-1960s and early 1970s.

The Pick of the Day is a 1970 Meyers Manx SR2, SR short of Street Roadster.

Meyers built his original dune buggies and the later variants on shortened Volkswagen Beetle frames. It started with “Old Red,” which he built for racing in Baja Mexico, and his buggies became popular with beach communities. VW powertrains were retained and the buggies were given swoopy fiberglass bodywork.

A Meyers Manx dune buggy, albeit with a Chevrolet engine, was featured in the 1968 movie, The Thomas Crown Affair, starring Steve McQueen and Faye Dunaway.

The Pick of the Day advertised on ClassicCars.com is a 1970 SR2 (serial number 42) built on a 1964 frame and powered by a 1971 1,600cc engine with dual Caldron carburetors and performance cam, according to the private seller.

The seller adds that the buggy is an “all-original barn find” that was “garaged, maintained and lost to the public for the last 45 years — until now!”

The car still has its original silver flake paint and has been driven only 4,000 miles since new, the seller says, adding that the black interior is “immaculate.”

The buggy, which has scissors-style doors with windows and a Targa top, recently underwent an engine tuneup and got new BFG T/A tires.

The seller says this is one of an estimated 400 such vehicles sold.