Classic Bentley, but from Huddersfield, not Crewe 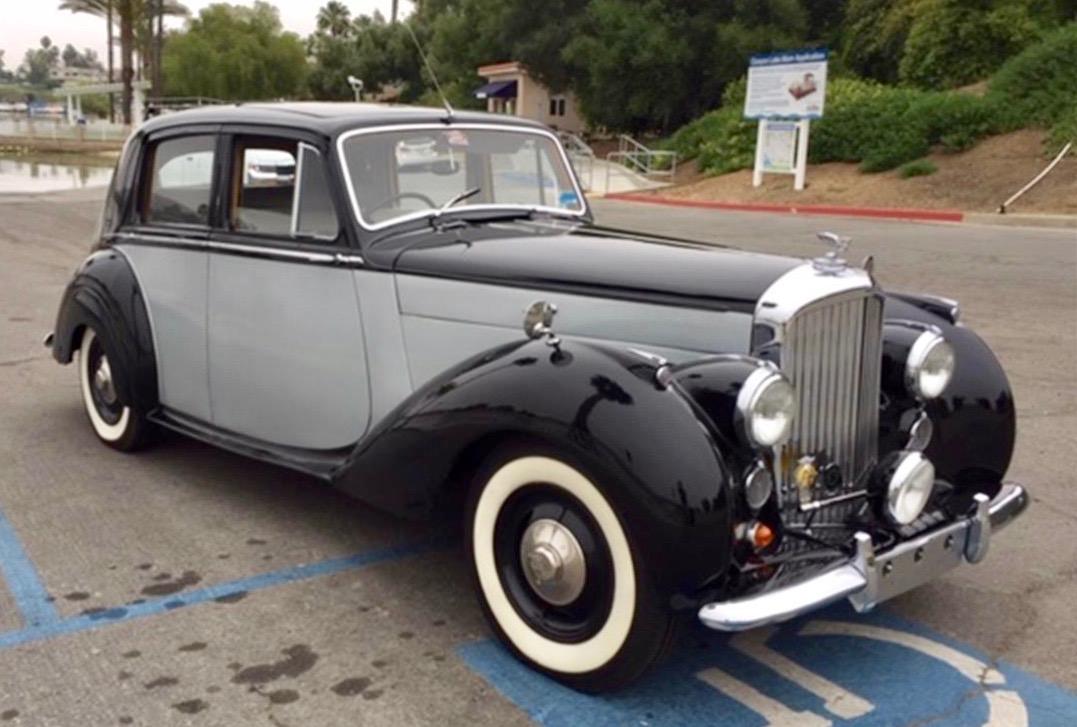 When post-war automotive production resumed in England, the first product from Bentley and Rolls-Royce was the Bentley MK VI. One of those cars, a 1950 Bentley Mark VI, is the Pick of the Day.

While most Bentleys are built in Crewe, England, however, this sedan was one of the post-war cars assembled in Huddersfield, Yorkshire, by the Rippon Bros.

“This was one of the cars contracted by Bentley to the ‘Rippon Brothers Coach Builders’ to help reduce the very long waiting time for customers as the waiting time for the MK VI was more than a year at that time. It was a very popular car,” notes the private seller offering the car through an advertisement on ClassicCars.com.

Rippon Bros Ltd. predates Bentley by more than a decade, or by several centuries, depending on how you choose to keep score.

“Without doubt Britain’s oldest coachbuilder, and during this century one of the higher-quality builders of bodies on car chassis, it is surprising that the Rippon name is not better known,” asserts The Beaulieu Encycylopeida of the Automobile. “Only the fact that the company was based in Huddersfield rather than in a fashionable part of London can explain why the names of, say, Barker, Hooper, H.J. Mulliner or Park Ward are today known so much better.”

Walter Rippon started building carriages in 1955, with the Earl of Rutland as his first customer. Queens Mary and Elizabeth I also were customers. His heirs, the Rippon Bros., founded their motorcar coachbuilding enterprise in 1905, and it operated until 1958.

The Rippon-assembled Bentley MK VI on offer is chassis B239 FU and carries engine B369F, says the seller, adding that it was first delivered to a PD Crothers in England in March 1950. The car has right-hand drive, a 4 1/4-liter 6-cylinder engine and a 4-speed manual transmission, with the shifter to the driver’s right.

“It is a very luxurious, comfortable, fast, safe car to drive,” the seller promises.

“I purchased the car in 1993 and have enjoyed it ever since. Some years ago I had some slight damage done to my front fender; I decided to have an auto repair shop fix the damage.

“The repair shop owner told me, to repair the damage was not a problem, but the repair would make fender look better than the rest of the paintwork. So I decided the car really needed some work to bring it back to the condition I wanted, then I decided the upholstery needed some help.

“I had the car repainted and reupholstered and re-carpeted as well as all the mechanical parts checked.   All of this brought the car up to the condition I wanted and was done in 2007.”

Originally, the car was all black, but it was repainted black over silver, and the upholstery was changed from brown to silver grey leather, as were the carpets and headliner.

“The car has a sun roof and footrests in the rear passenger area; in addition, I had an armrest added between the driver and front seat passenger,” the seller adds. “The rear seats have vanity mirrors and ashtrays for the rear seat passengers.”

The seller adds that the car has been driven from Southern California to Washington State, through assorted western national parks and to 11,000 feet in the mountains of Colorado.

The Bentley is located in Canyon Lake, California, and is for sale for $45,000.