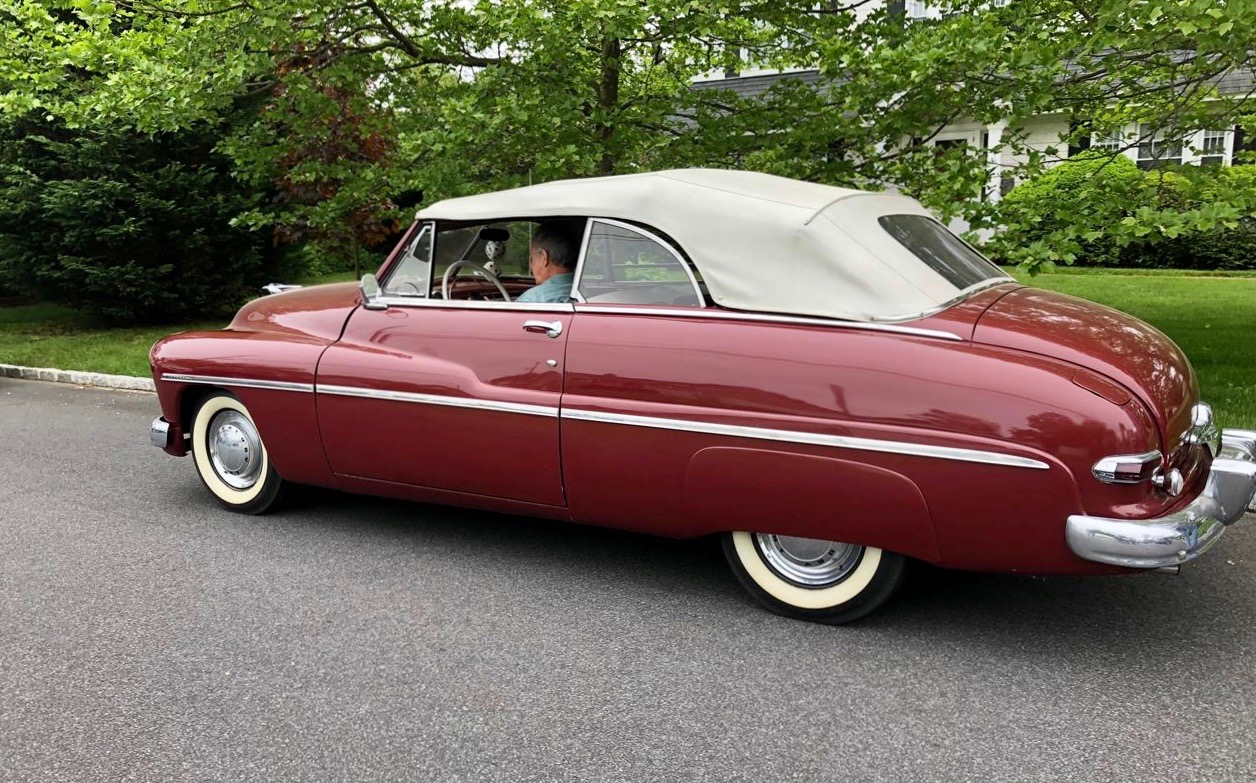 With their full-figure curvaceousness, late 1940s and very early ’50s Mercurys are among the favorite canvases for car customizers. The Pick of the Day is no show queen, though, but a 1949 Mercury convertible that’s been part of the same family since new.

“I am selling my late mother’s 1949 Mercury convertible as part of her estate settlement,” the private seller reports in the car’s advertisement on ClassicCars.com.

“This gem has been in our family for decades… since 1949, and still turns heads everywhere it goes. A true classic.”

The seller says his mother’s car has been well maintained and garage kept. It has a burgundy exterior, red-and-white leather interior and a hydraulically powered convertible top.

Although the specifics of the engine are not included in the advertisement, other than to say it has been rebuilt, 1949 Mercurys were equipped with an L-head V8 displacing 255cid and pumping out 110 horsepower. This car has the standard 3-speed manual transmission.

The 1949 model year marked the first new post-war styling for Mercury, and instead of borrowing from Ford, its basic body was shared by Lincoln.

This convertible, located in Bayport, New York, is being offered for $50,000.