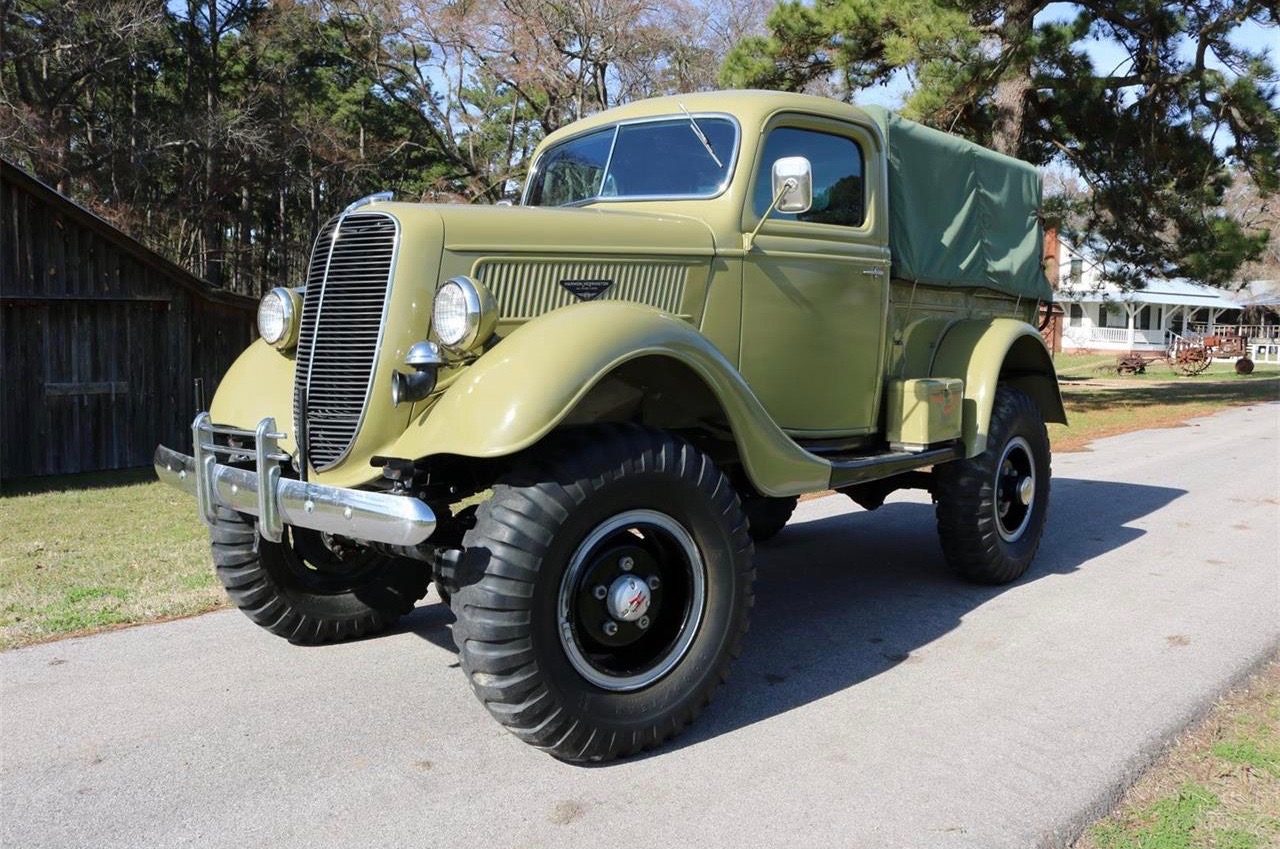 Before there was a Jeep, there was Marmon-Herrington.

Marmon-Herington, founded in 1931 by Walter Marmon and Col. Arthur Herrington, built 4×4 and even 6×6 trucks for the U.S. Army. Walter Marmon was the brother of Howard Marmon, who founded his own car company in 1902 and produced, among others, the Marmon Wasp that won the inaugural Indianapolis 500-mile race in 1911. 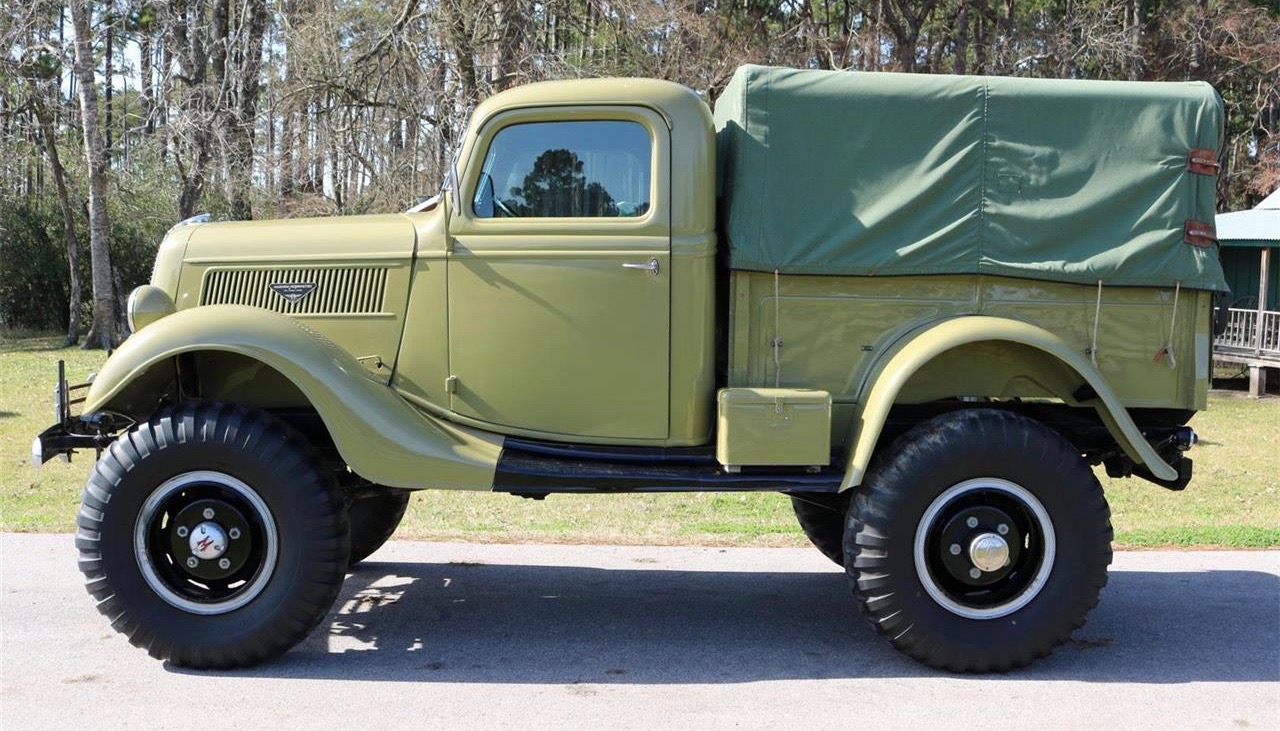 Walter Marmon and the Colonel bought the former Duesenberg assembly plant in Indianapolis as their base. By 1935, they also were doing civilian conversions of 1½-ton Ford trucks. They soon added light-duty conversions, and by the end of the 1930s offered 56 different Marmon-Herrington Ford models, including various styles of trucks as well as station wagons.

One of those early Ford conversions is Pick of the Day, 1937 Marmon-Herrington Ford known as “Little Big Foot” being advertised on ClassicCars.com by a dealer in Conroe, Texas.

The dealer points out that the truck was part of the collection of Don Chew, “widely known as the foremost authority and avid historian of these before his unfortunate passing.”

The dealer says the truck was the prototype vehicle used to display what the company could produce for the U.S. Army on a 1937 chassis.

“It was acquired and later resorted by Don Chew and was said to be the prize of his collection,” the dealer notes.

“This Ford sits on a 2-ton chassis and powered by the original 85hp flat-head V8. It features a 4-speed manual transmission and, obviously, a trademark 4×4 M-H suspension.”

The dealer also points out that the truck rides on Goodyear Military tires.

“This restoration was competed a few years back but still presents very (nicely),” the dealer says. “The owners have taken care and great pride in preserving this piece of automotive history. It has only seen 175 miles of asphalt since completion and has always been garage kept.”