Editor’s note: We’ve selected four summer driving-season events that we will feature this month as potential road trips for you to consider. We began with Carlisle Events. Next up was the Rodeo Drive Concours d’Elegance on Father’s Day weekend in Los Angeles. Today we offer up the Concours d’Elegance at Copshaholm, July 13 in South Bend, Indiana. The trip ends August 2-11 with Hot August Nights, a hot rod and custom car celebration in northern Nevada. 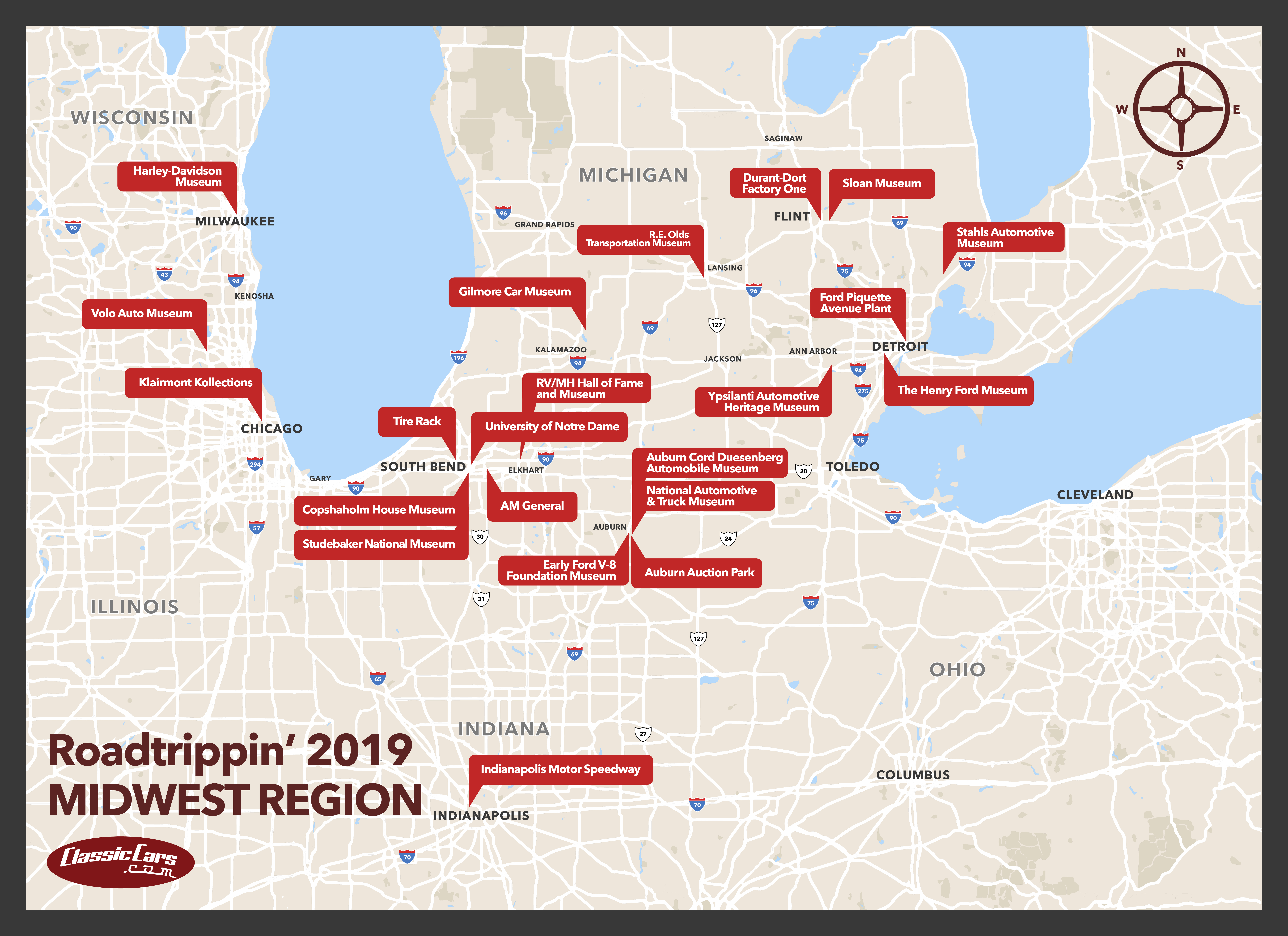 To most of the world, South Bend, Indiana, is known as the home of the University of Notre Dame, its famed Golden Dome, Fighting Irish football team and “Touchdown Jesus.” But to car enthusiasts, South Bend was the hometown of Studebaker automobiles.

Last year, the Studebaker National Museum hosted its inaugural Concours d’Elegance at Copshaholm on the grounds it shares with The History Museum and the Oliver Mansion and Historic Oliver Gardens. The 38-room Romanesque Queen Anne house was the home of the family of industrialist J.D. Oliver. The family called the home “Copshaholm” after the ancient name of its ancestral village in Scotland.

In a world in which most concours take themselves way too seriously, how could you not want to attend a concours with such a sense of humor, and especially one that presents such a delightful garden-party setting, and with a wonderful car museum to visit and with tours of the mansion as well?

The concours takes place on a Saturday, which leaves plenty of time to visit other attractions on your extended weekend visit, and there are plenty of those attractions in the area.

While in South Bend, you’ll want to tour the Notre Dame campus. In addition to visiting the Golden Dome, the Grotto, the Basilica, and the football stadium, be sure to do a lap around Saint Mary’s Lake and to visit the Snite Museum of Art on campus.

By the way, Studebaker isn’t South Bend’s only vehicle producer. It also is home to AM General, manufacturer of the military Humvee — and of the civilian Hummer.

And there’s another automotive attraction in town. South Bend is the headquarters for Tire Rack, where you can get a set of tires installed while you wander across the driveway to watch tire testing and other activities on the company’s own test track.

Tire Rack is on South Bend’s west side. Just a couple of toll-road exits to the east is Elkhart, the center of the recreational vehicle universe and home of the RV/MH Hall of Fame and Museum with its amazing collection of vintage RVs and motor homes.

Less than an hour-and-a-half drive east and south from Elkhart is Auburn, Indiana, home to the Auburn Cord Duesenberg Museum and, just next door, NATMUS, the National Automotive and Truck Museum. The ACD is housed in the former Art Deco headquarters of the Auburn Automobile Company, and NATMUS occupies the former L-29 Experimental Building and Cord assembly plant.

Auburn also is the home to Auburn Auction Park and, just across the interstate, the new headquarters of Worldwide Auctioneers, a World War II museum and the Early Ford V-8 Foundation museum.

Depending on your schedule, you can head south from South Bend to Indianapolis to visit the Speedway and its museum, or go just a little farther south to Columbus, Indiana, home of Cummins and some of the country’s best collection of architecture and public sculpture.

But east and south aren’t the only directions you can travel on your extended weekend visit to South Bend, which is located in northwestern Indiana, just across the state line from Michigan and less than 100 miles from Chicago’s Loop (you can get there by car or by the South Shore Line train).

Less than 100 miles northeast of South Bend is Hickory Corners, Michigan, and the campus of the Gilmore Car Museum. Go another 50 miles and you’re in Lansing, Michigan, historic home of Oldsmobile and currently home to the R.E. Olds Transportation Museum.

Keeping going eastward and you get to Flint (Sloan Museum and Durant-Dort Factory One) and Detroit (Model T Ford Piquette plant/museum) and New Baltimore (Stahls Automotive Collection), and on your way back to South Bend you can visit Dearborn and The Henry Ford (museum) and Greenfield Village and Ypsilanti and its Ypsi Automotive Heritage Museum.

Chicago isn’t far from South Bend, by train or by car. If by train, there’s plenty to occupy you along the city’s lakefront. If by car, you can take in Volo Auto Museum and the Klairmont Kollection, both located just northwest of the Windy City

If you’re driving, you might want to head even farther north to Milwaukee and the Harley-Davidson Museum.