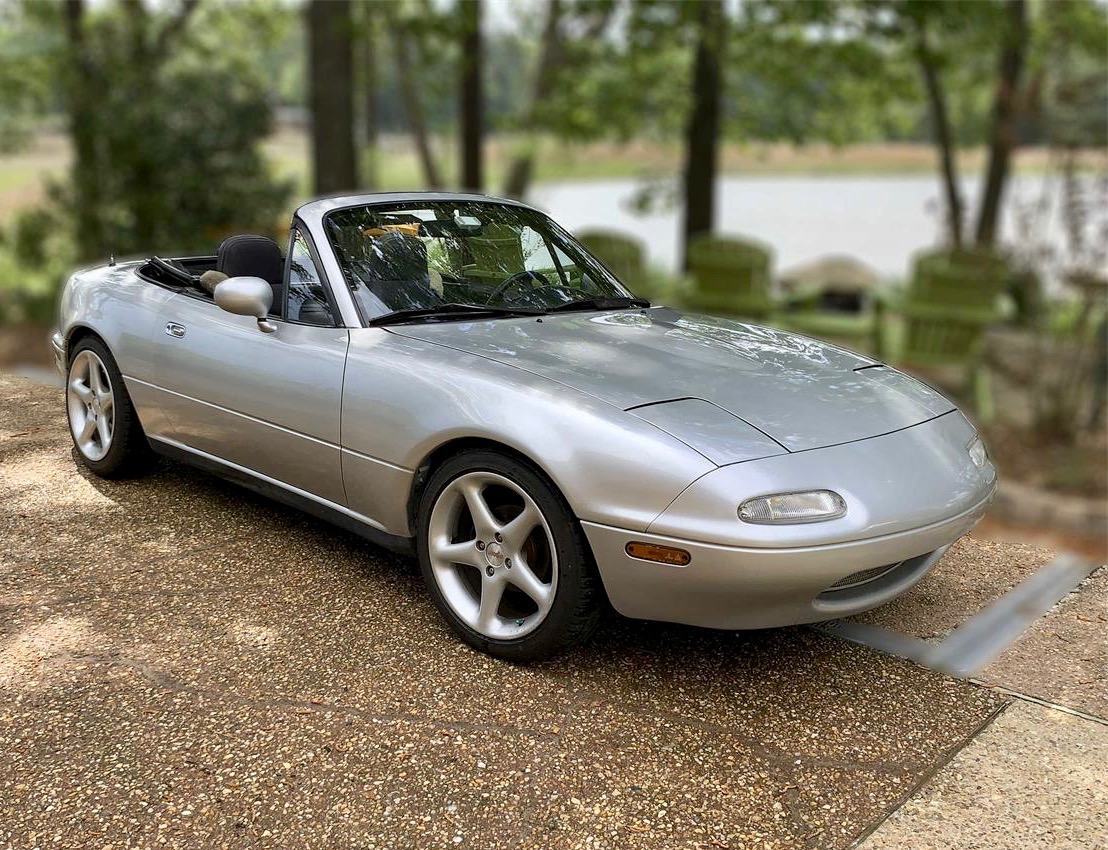 “When Mazda brought out the Miata, they appealed to Americans with Red, White, and Blue,” the advertisement begins. “Only the white was fairly flat, and the red and blue definitely weren’t standard American flag colors.

“Loved the car,” writes the now-retired veteran of the Vietnam war, “hated the colors.”

But it wasn’t long before Mazda added Silver Metallic to the color palette.

“I saw this one on the truck when it pulled into the dealer — and bought it before it ever touched the ground.”

It was nearly 30 years ago that the car was purchased, and it has been owned ever since — 99,700 miles since — by the same person. But that person is now advertising the one-owner car, a 1990 Mazda Miata, for sale on ClassicCars.com and it’s the Pick of the Day.

The owner-seller terms the Miata a “coddled one-owner car. This Miata has always been garaged.” 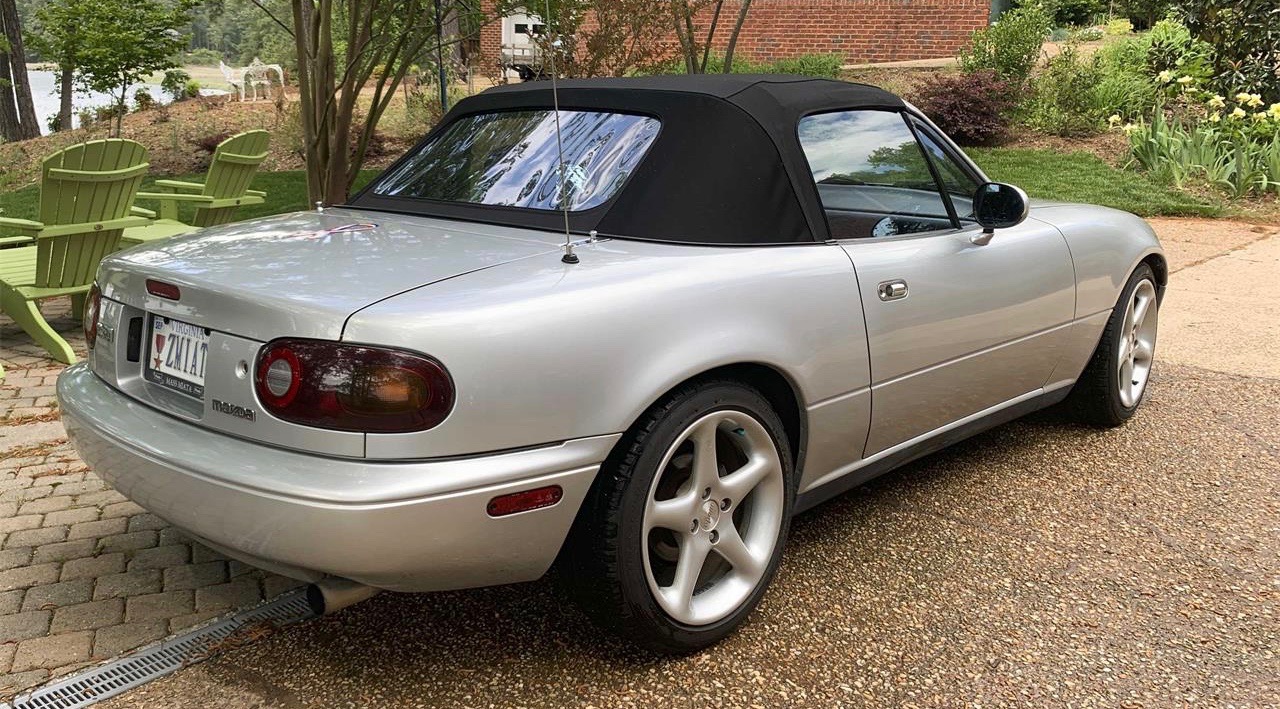 Even so, the plastic rear window yellowed and the top was showing its age, “so we replaced the top with a high-end TopsOnLine Black Haartz Stayfast Cloth top last summer. Kept the same style zip-open top to maintain the original Miata look,” the seller ads.

Also replaced was the original radio, opting instead for a Sony unit with AM/FM, MPE, WMA and FLAC as well as Sirius XM and Bluetooth.

Speaking of coddled, the original radio was retained in case the next owner wants to revert to factory spec.

And speaking of factory spec, this is an AC-delete Miata, because “everyone knows you can’t run the air conditioner in an original Miata and still go up hills — and I needed to go up hills.” 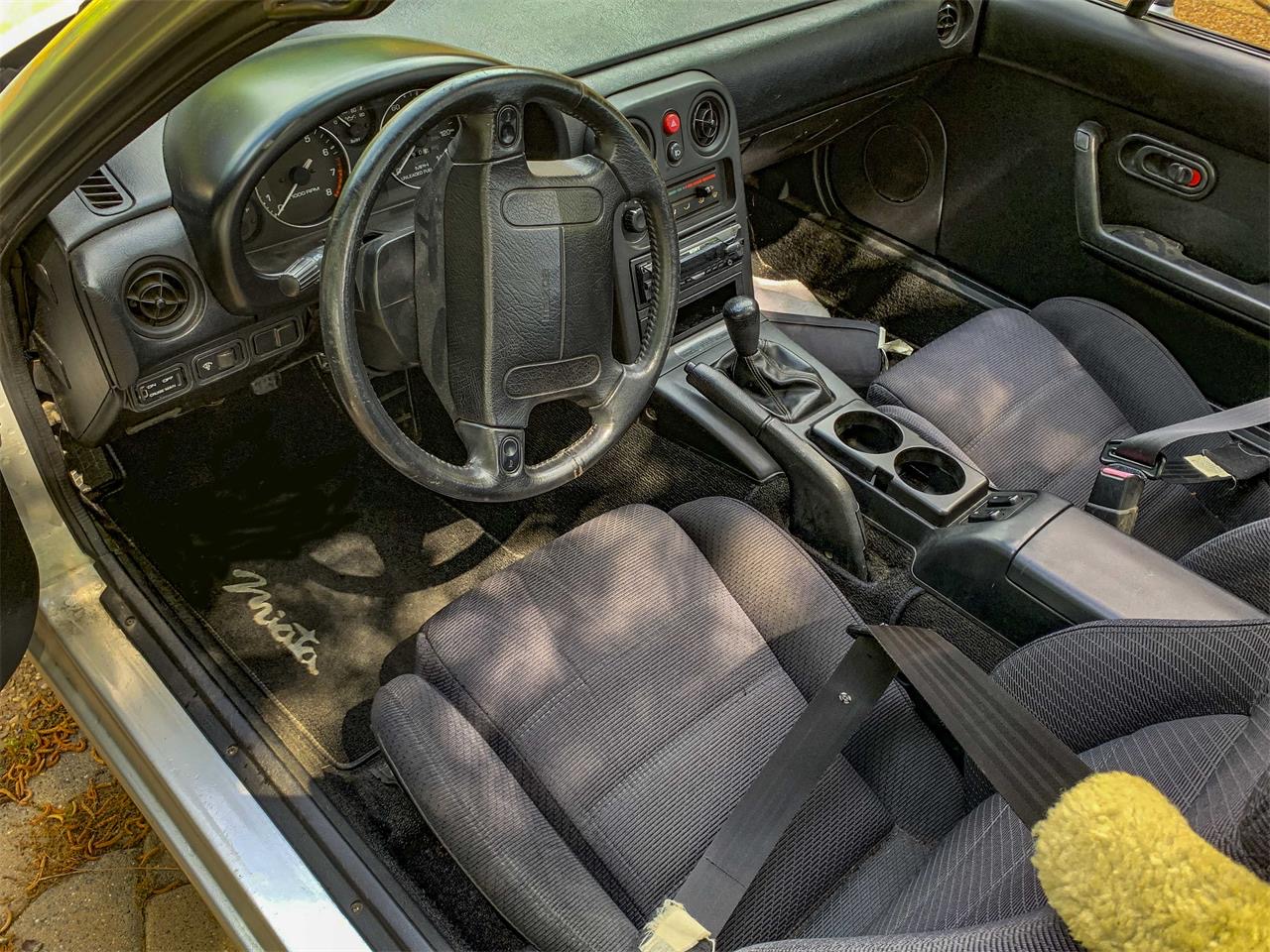 Like other Miatas, this one has a 1.6-liter twin-cam 4-cylinder engine attached to a 5-speed, short-throw manual gearbox.

The seller ads that most of those nearly 100,000 miles were scored on road trips with wife or children rather than in stop-and-go traffic.

The car is located Smithfield, Virginia, and its only owner is asking $6,850 for it.