One of only two Type 15S Barquettes built in 1952 by Amédée Gordini has been consigned to Bonhams auction scheduled for June 30 at Chantilly, France. Bonhams notes that the sport barchetta chassis 18 is the only one that figures to be available since the other resides within the Schlumpf Collection in France’s national motor museum.

However, “this motorcar is not just remarkable for its rarity value,” the auction house notes, “but also for its fascinating history of leading a ‘double life’ in the top flight of motorsport – firstly as a single-seater ‘monoposto’ competing in the forerunner to Formula 1, then, following its transformation into a two-seat barchetta, as a challenger in the 24 Hours of Le Mans and other leading sports car series, piloted by such greats of the motorsport world as Juan Manuel Fangio.”

Gordini, nicknamed “The Sorcerer,” built the 15S as one of five “Type 11” single-seat racing cars in 1947. Powered by a 1,220cc engine, the car was designated as a backup racer for French driver Jean-Pierre Wimille at the Pau circuit. It also was driven to fourth place in the Grand Prix de Perpignan by Prince Igor Troubetzkoy, and to third in Geneva by Robert Manzon.

Gordini then entered the car in the Monaco Grand Prix for Wimille, who had crashed his own car in testing.

“To everyone’s astonishment,” Bonhams noted, “he was chasing the race leader in second place until the 57th lap when he was forced to retire due to an issue with the oil quality.”

Fangio then made his Grand Prix debut in the car in the French race at Reims, but retired after 11 laps. 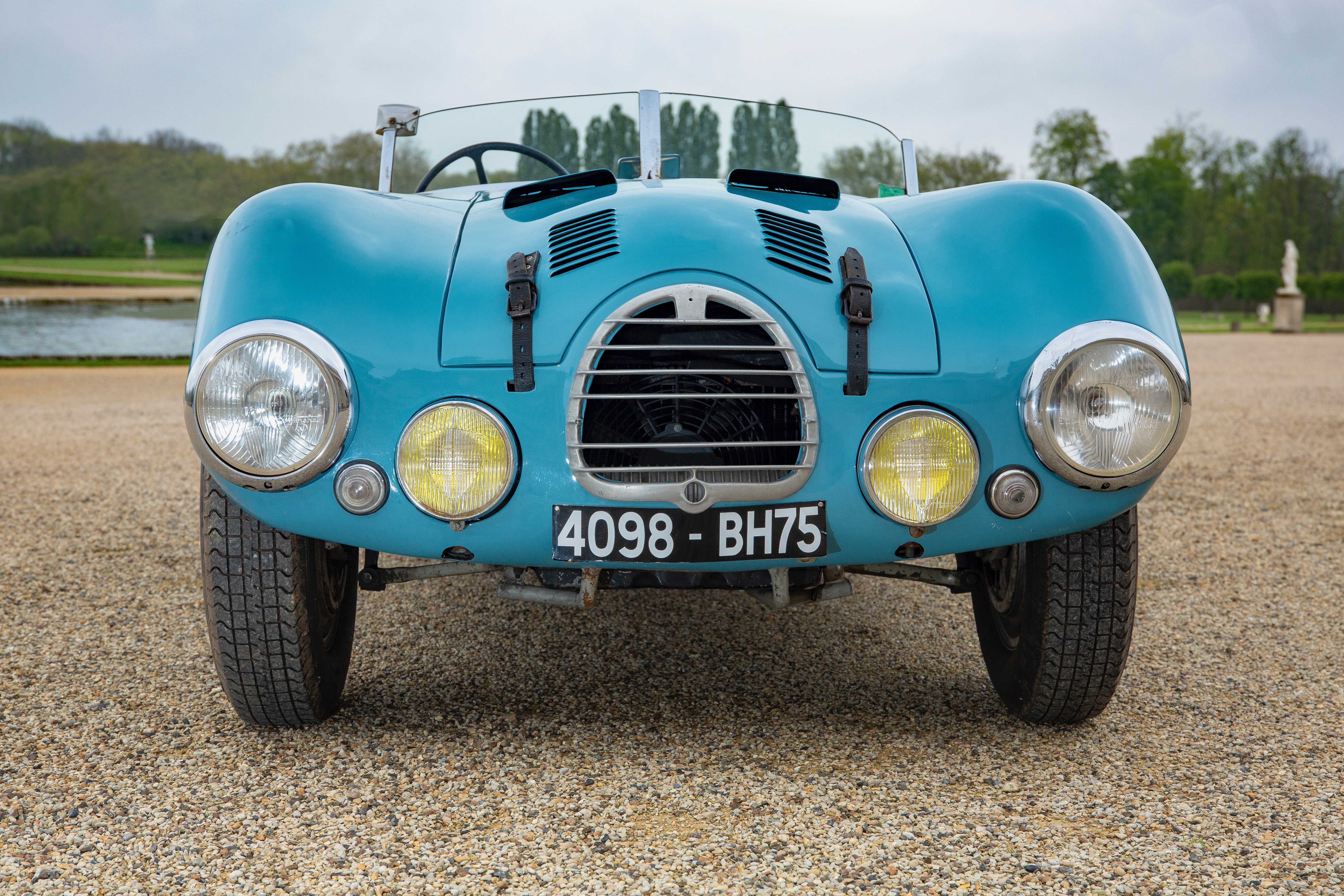 Gordini then went to work for Renault and turned over his racing team to his won, Aldo, who ran the team in partnership with Simca. Jean Behra drove the single-seater to podium finishes in 1951 and 1952. Prince Bira of Siam added another podium performance by finishing second in the French Grand Prix in 1952.

The car was retired soon thereafter but immediately was transformed into a two-seat barchetta and, just two days after being completed, entered the 1952 Le Mans 24-hour event with Roger Loyer and Charles Rinen sharing the driving duties. The car made it through 18 hours before being sidelined by a faulty clutch. Two weeks later, Loyer drove it to fourth place overall and first in the 2,000cc class in the Sport du Grand Prix de Reims.

As a barchetta, the car had its steering wheel to the left, but between the 1952 and ’53 seasons it was redone with the driver moved to the right side of the cockpit. The car also got a windshield and new “marine blue” paint. It was offered at the New York Motor Sports Show in the spring of 1953 but when no one bought it, it went back to France and raced again at Le Mans, this time for 20 hours until engine failure.

It finished second in its next start, the Grand Prix de Roubaix, and was purchased by Irishmen Redmond Gallagher and Dernot O’Clery. They redid the car in green and orange, won the 1,500cc category and took 10th overall in the Dunrod Tourist Trophy event and won the Wakerfield Trophy race.

They sold the car to a fellow Dubliner, Col. John Burk, who returned it to its blue color and competed in club events. An English collector had the car until 1978, when Jean-Louis Hamoniaux, who lived near Le Mans, convinced Amedee Gordini to go to England with him to see the car.

Apparently Gordini confirmed the car had undergone any significant modification and even agreed to do its restoration (he still had the original 1952 log book).

However, Gordini died and it would be 25 years before the late Jean Sage had the car restored by Corrado Capello in Italy.

Sage and Hamoniaux entered the car in events such as the Mille Miglia, Monaco Historic and Le Mans Classic races until Sage’s death in 2009. Since then, the car has been displayed at several concours. 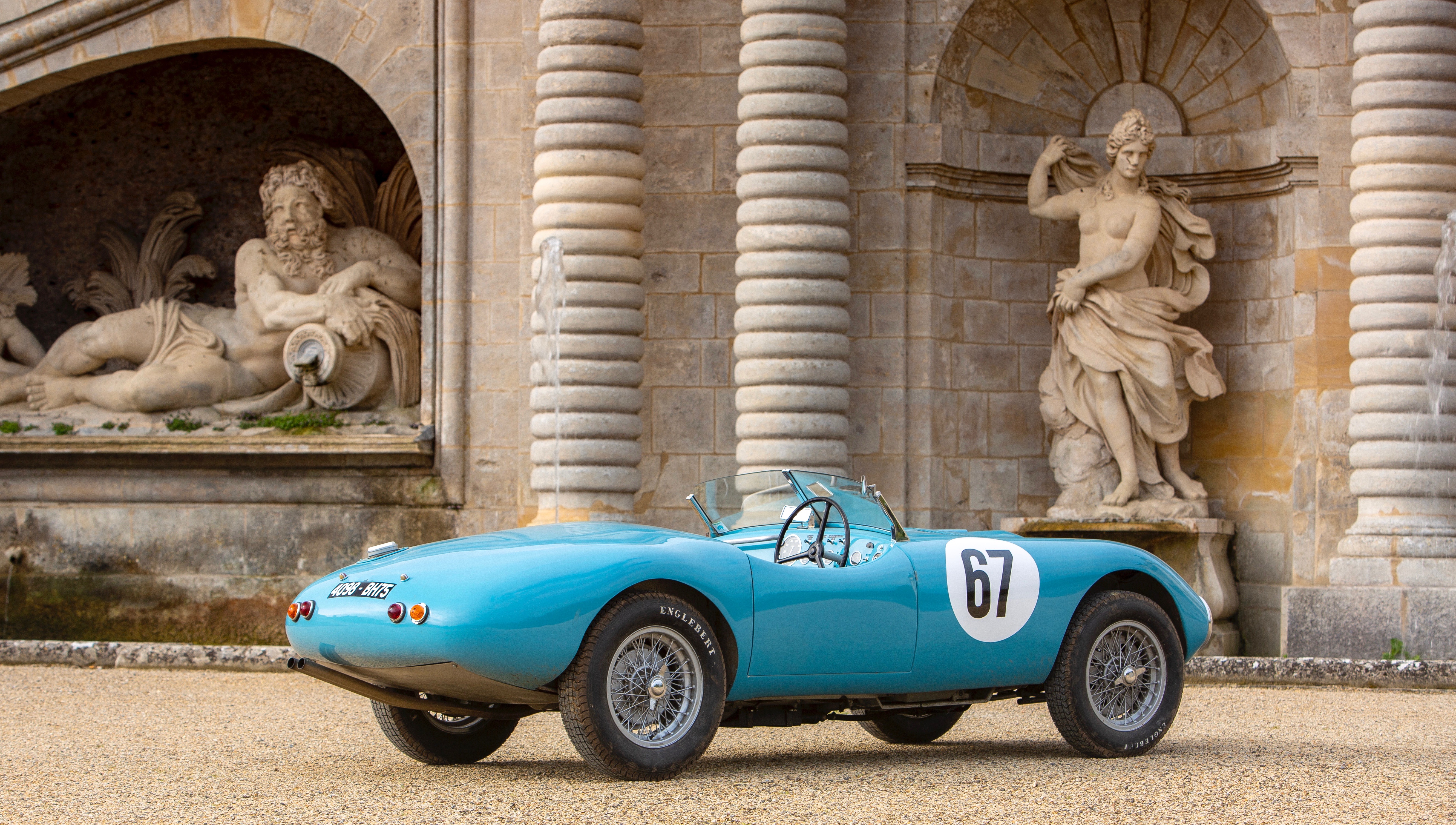