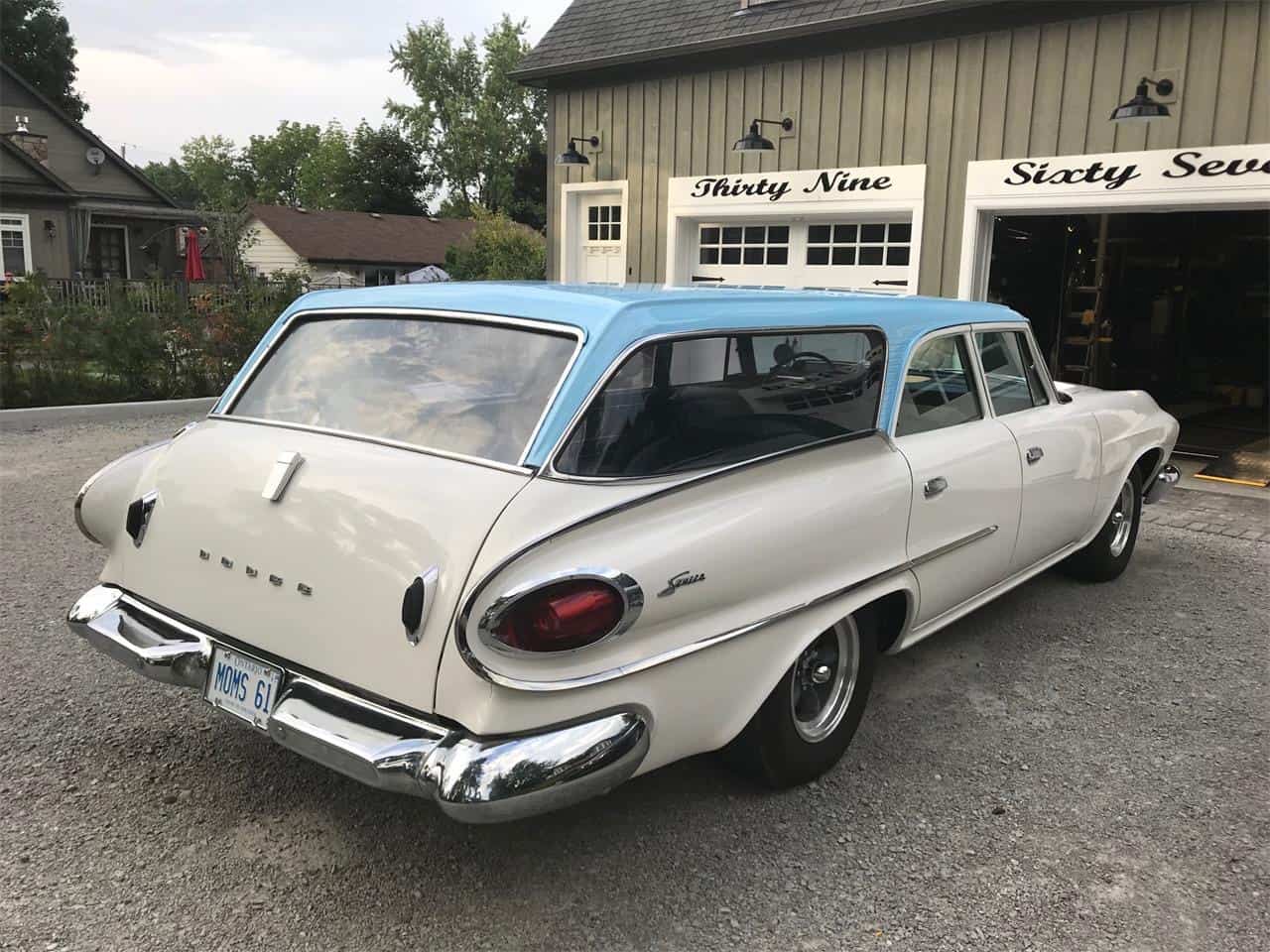 Tail fins were all the rage with car designers in the late 1950s and into the 1960s. Cadillac made them tall. Chrysler Imperial punctuated them with jewel-like tail lamps. For 1959, Chevrolet turned them horizontally so they were more like eyebrows. Plymouth’s were prominent, Ford’s less so.

For the 1961 model year, Dodge designed what the Standard Catalog of American Cars terms “reverse-slanting fins” which “appeared to grow out of the fenders at the base of the roof ‘C’ pillar and then tapered toward the rear of the car. They then wrapped around and formed a chrome-trimmed feature line, which moved back forward, to the back of the rear door.

As striking as the design was, it was even more dramatic for station wagons, which had large bullet-shaped tail lamps incorporated within the curve of that chrome feature line instead of placed on the tail gate.

One of those wagons, a mid-size 1961 Dodge Seneca, is the Pick of the Day. Although the Seneca was the base version of the Dodge Dart — there also were Pioneer and Phoenix models — all Dart station wagons got the same tail fin and tail lamp treatments as the full-size upscale Polara models. 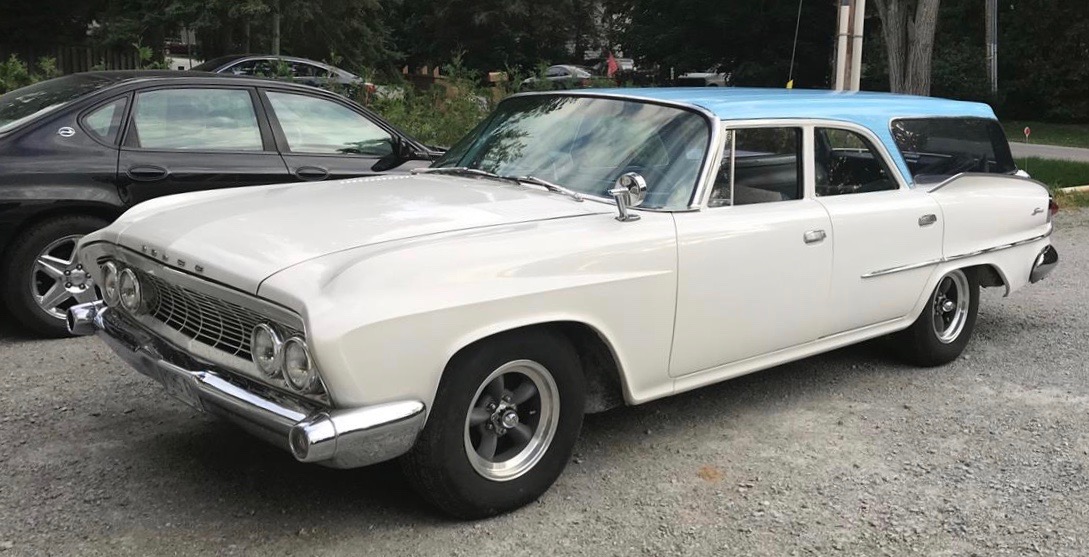 Those Seneca station wagons were popular vehicles. The Catalog notes that for the 1961 model year, Dodge produced 27,702 of them, which was more it built of Seneca convertibles or 4-door hardtops or 2-door hardtops or even 2-door sedans. Wagon production was exceeded only by 4-door sedans.

The Pick of the Day is being advertised for sale on ClassicCars.com by a private owner in Innisfil, Ontario, Canada, who reports purchasing the vehicle in Tennessee four years ago.

“I purchased the car to do a commemorative drive in honor of my late parents as this is the first car I remember them owning,” the seller says.

“I have since taken it on many cruise nights as well as the annual Moparfest in New Hamburg, Ontario. It is now time to let it go as I wish to purchase another vehicle similar to one they owned to do another commemorative drive again.”

The seller says the wagon had been repainted but had a seized 318 engine when purchased. A rebuilt 360cid V8 from the early 1970s was installed as a replacement.

The seller adds that the wagon’s body and floors are rust free, with some repair in the rear quarter panels and tailgate done at the time of the repaint.

“The interior is still original and the front seat has a conver on it and I have never removed it,” the seller adds.

“The car runs great and cruises along at 75 mph with no problem and stops well.” The car has manual steering and brakes and transmission.

The seller wants $12,000. To view this listing on ClassicCars.com, see Pick of the Day.