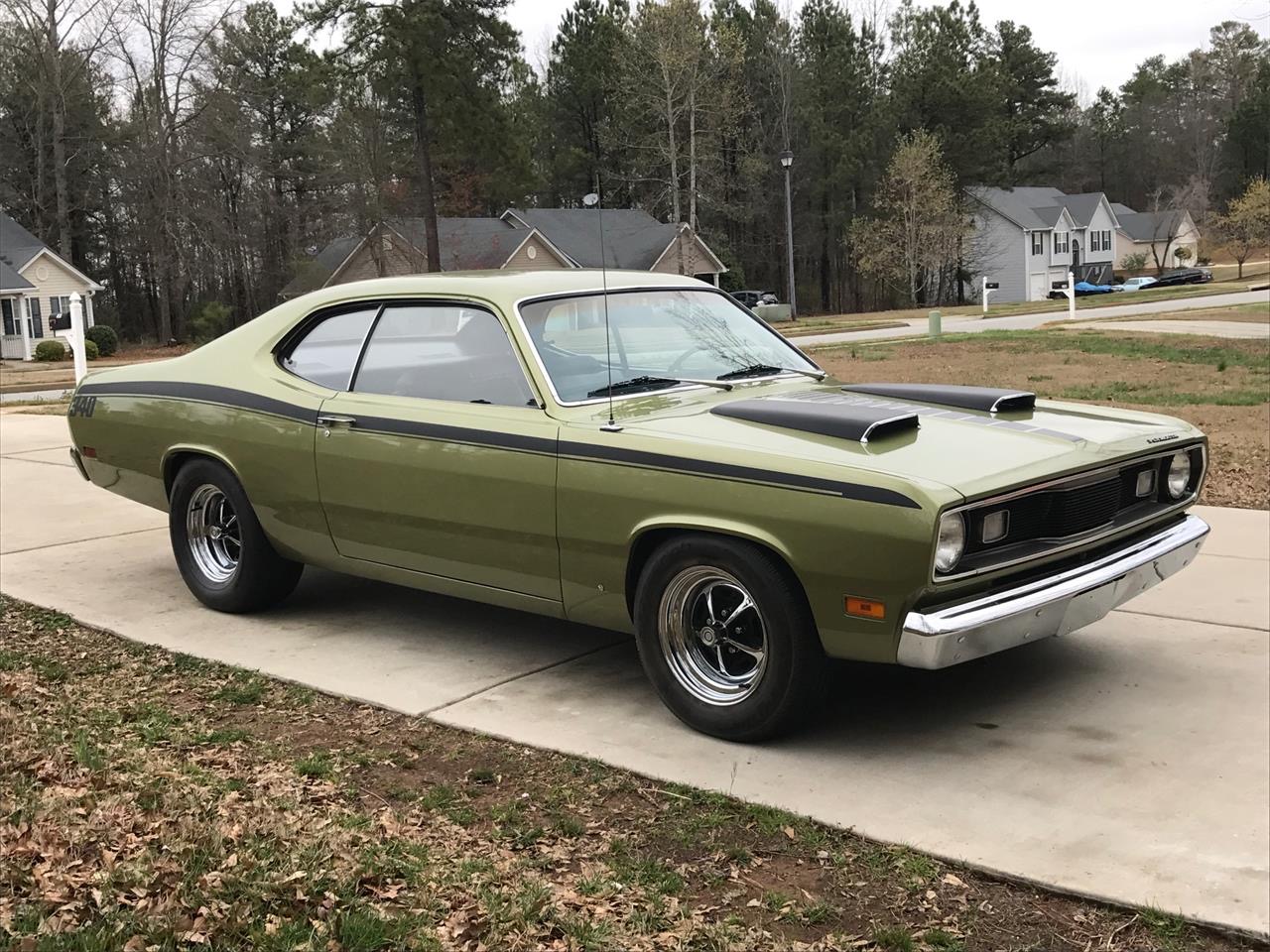 For the 1971 model year, Plymouth rolled more than 185,000 Dusters off of its assembly lines, but only 12,886 of them were equipped with the 340 package, which included the 340cid V8 engine with twin-snorkel air cleaner and dual exhaust, floor-shifted manual transmission, heavy-duty suspension, special gauges/instrument panel, Duster grille and accent stripes.

The Pick of the Day wasn’t one of those Duster 340s — at least not when it came out of a Plymouth assembly plant. However, it has been transformed into what appears to be an extremely well-done 1971 Plymouth Duster 340 clone. 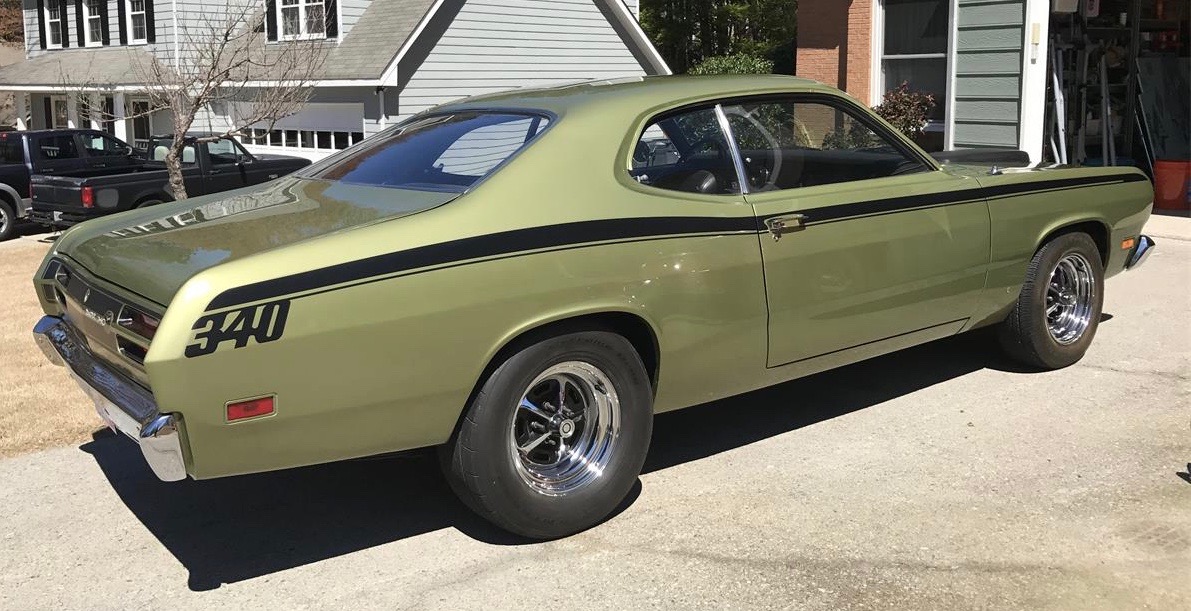 “Car wasn’t always a 340, began life as a slant-6, but was never abused, never raced and with just over 13,000 original miles, it was a fantastic place to start,” notes the private seller, who is located in Lawrenceville, Georgia, and is advertising the car on ClassicCars.com.

“The sheet metal is all original and there are no patches, no crappy reproduction panels, or bodywork anywhere on the car,” the seller adds. “It’s laser-straight.

“It was fully disassembled, stripped, and repainted in its original Sherwood Green, a very 1971 color that works well on this intense little Duster. The final finish was wet sanded and buffed and it has a shine that should be on a car costing twice as much — it’s really impressive.

“Correct Duster 340 graphics were installed on the flanks and hood, as well as a set of Chrysler’s popular twin hood scoops. All the chrome and stainless trim are in excellent original condition and even the grille and taillights reflect the car’s low-mileage history, which is currently 14,200.”

The upgraded 340cid V8 was rebuilt with an upgraded cam, 4-barrel carb with ceramic-coated long-tube headers and was detailed for hood-up display, the seller says. The engine is linked to a TorqueFlite transmission.

Also added were an 8.75-inch differential with 3.91 gears and power steering to enhance driving ease. The front suspension was rebuilt and front disc brakes installed, as were a new gas tank and Dynomax mufflers. The car rides on 15-inch Magnum 500 wheels with 205/75 BFGoodrich T/A radials and 275/60 drag tires at the rear.

The interior remains nearly original with its bench seat and column-mounted shifter. A tachometer and a set of Auto Meter dials have been added.

The seller says the car is rust free, has been driven only 14,200 miles since being upgraded and promises it is “a blast to drive.”