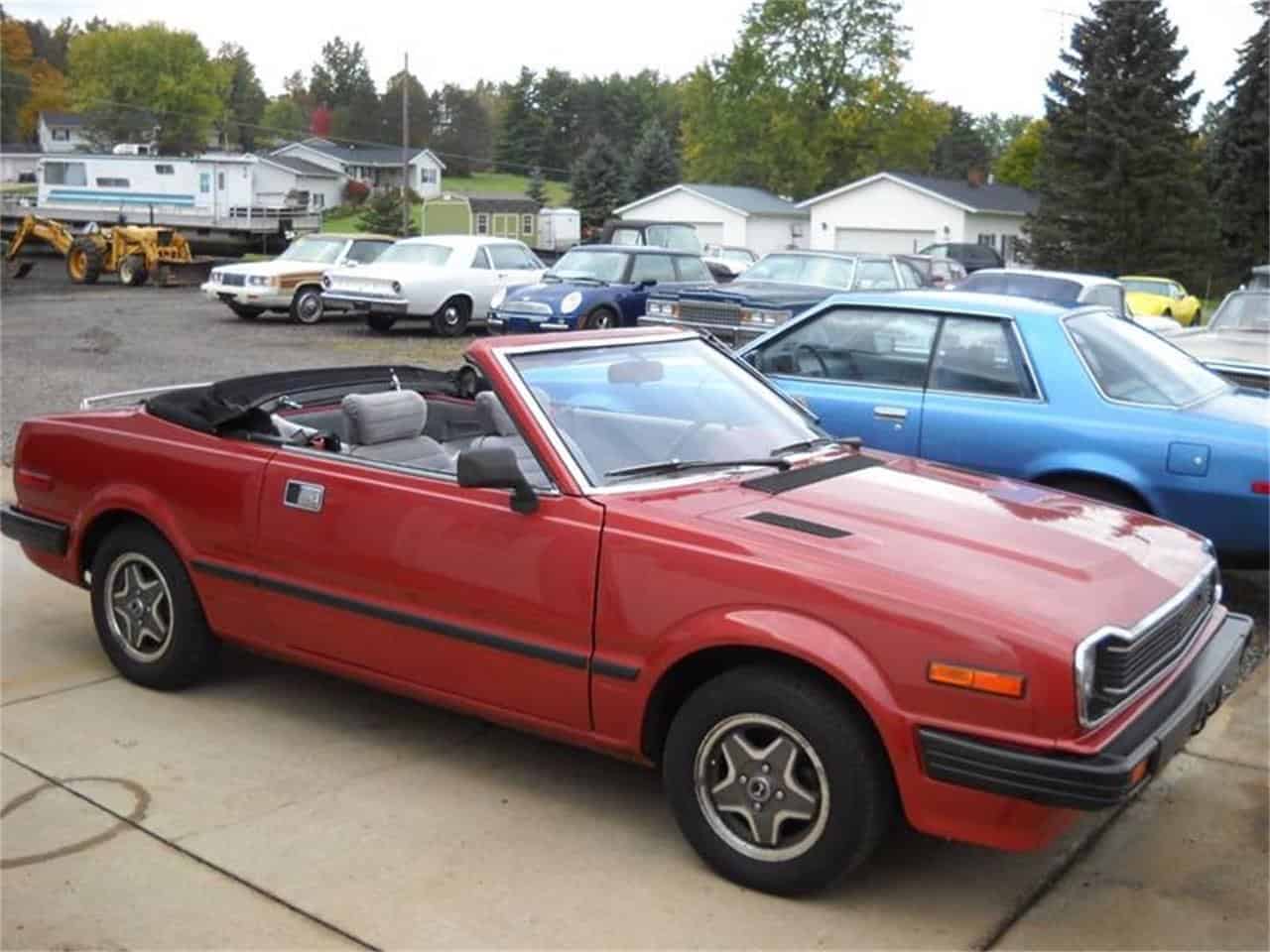 Various sources report that for the 1981 model year, Honda offered factory warranty coverage on its Prelude models that were converted into convertibles by The Solaire Corporation, of Santa Ana, California. One source says that less than 100 were produced, another says it was around 50, another says 47, yet another claims there were only 37.

Regardless of the exact number produced, one of those 1981 Honda Prelude convertibles is the Pick of the Day, advertised for sale on ClassicCars.com by a dealership in Ashland, Ohio.

The dealership claims only 37 such vehicles were produced and notes that “This car is in excellent condition and a collectors dream.”

The car has power brakes, a tachometer, AM/FM radio, rides on 13-inch wheels, has a manual transmission and is red with gray cloth interior and shows 112,000 miles on its odometer. 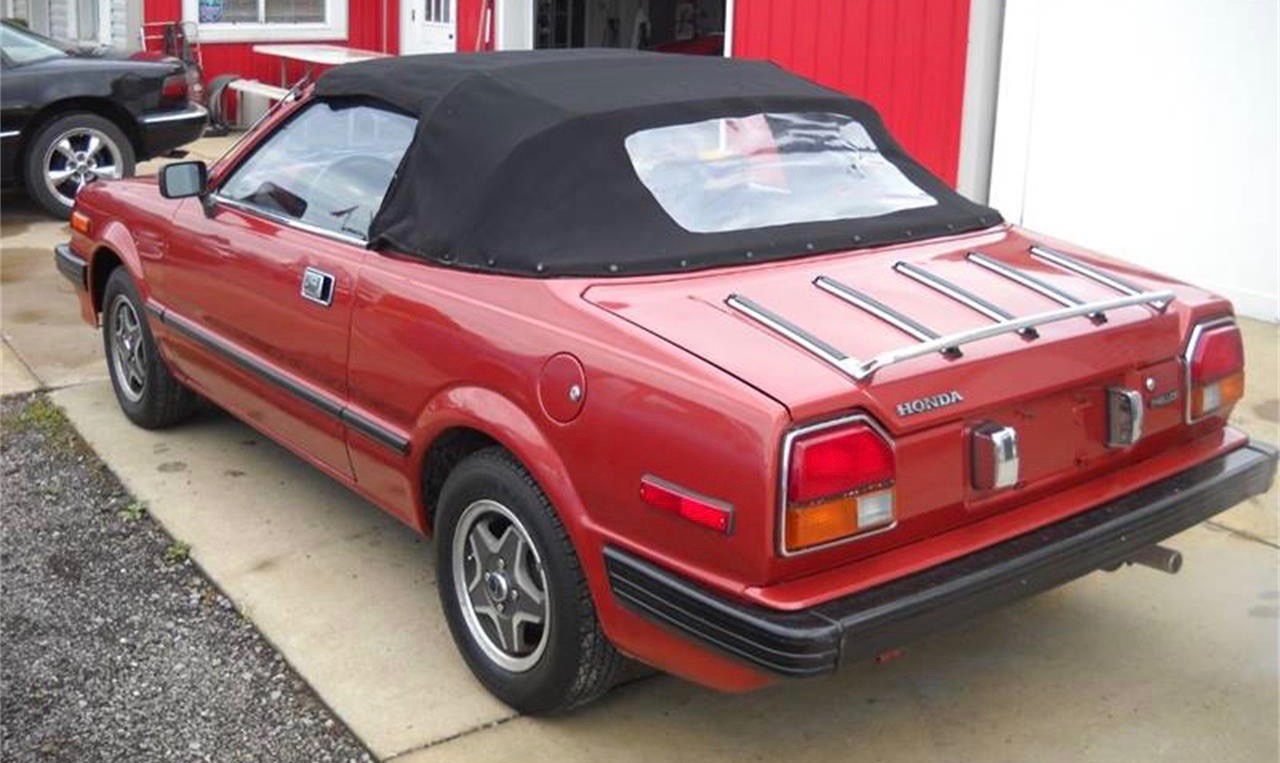 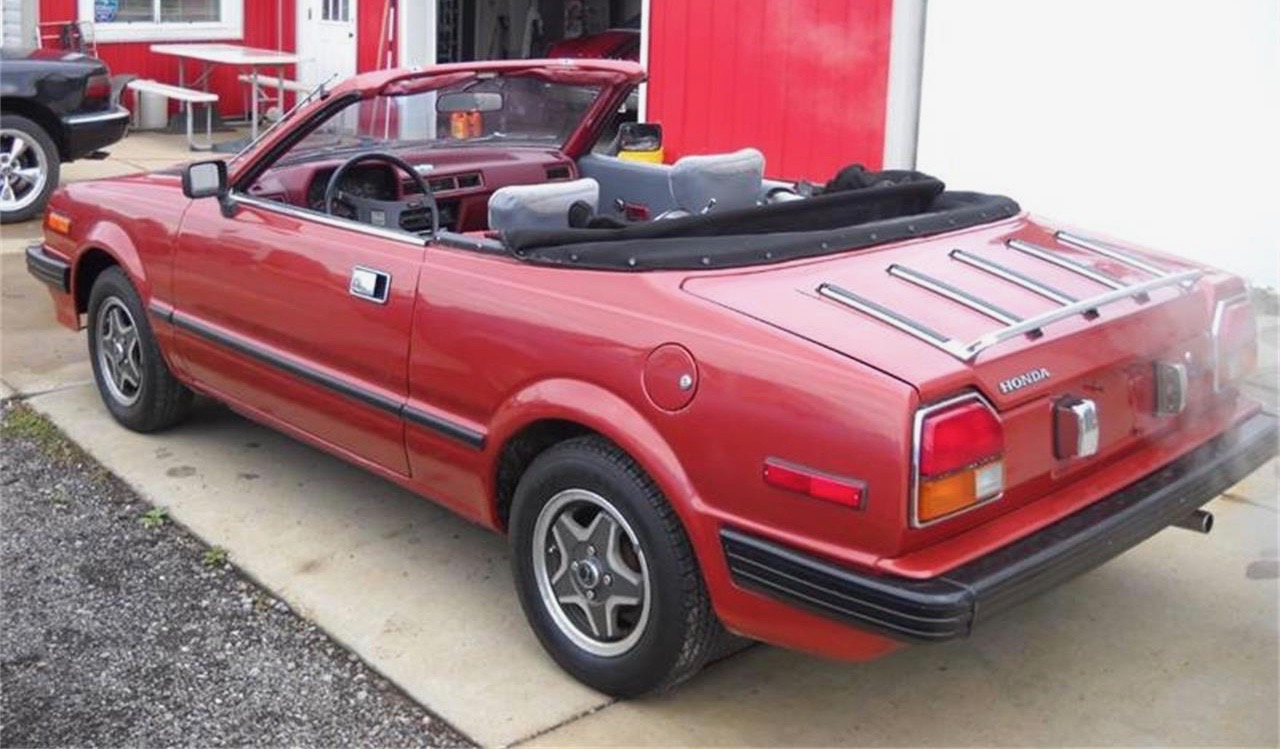 We found an online copy of a Solaire flier provided to Honda dealerships for its Prelude convertibles. The company told dealers that “Quality craftsmanship and strict attention to detail makes the Solaire a convertible you can sell with complete confidence.”

Among the features were a “High quality German type sailcloth” top with full rear window. The top folded flush into a well behind the dealer’s choice of a rear parcel tray or a “limited rear seat.” Solaire told dealers that it did “extremely strong sub framing” throughout the car for strength, including the windshield and rocker panels and rear shock tower areas.

Honda rolled out its Prelude coupe for the 1979 model year. They were based on the Civic platform but came with engines from the Accord, which for 1981 meant a 72-horsepower 1.8-liter 4-cylinder linked to a 3-speed automatic or 5-speed manual.

The ’81 Prelude convertible is advertised on ClassicCars.com for $10,500.