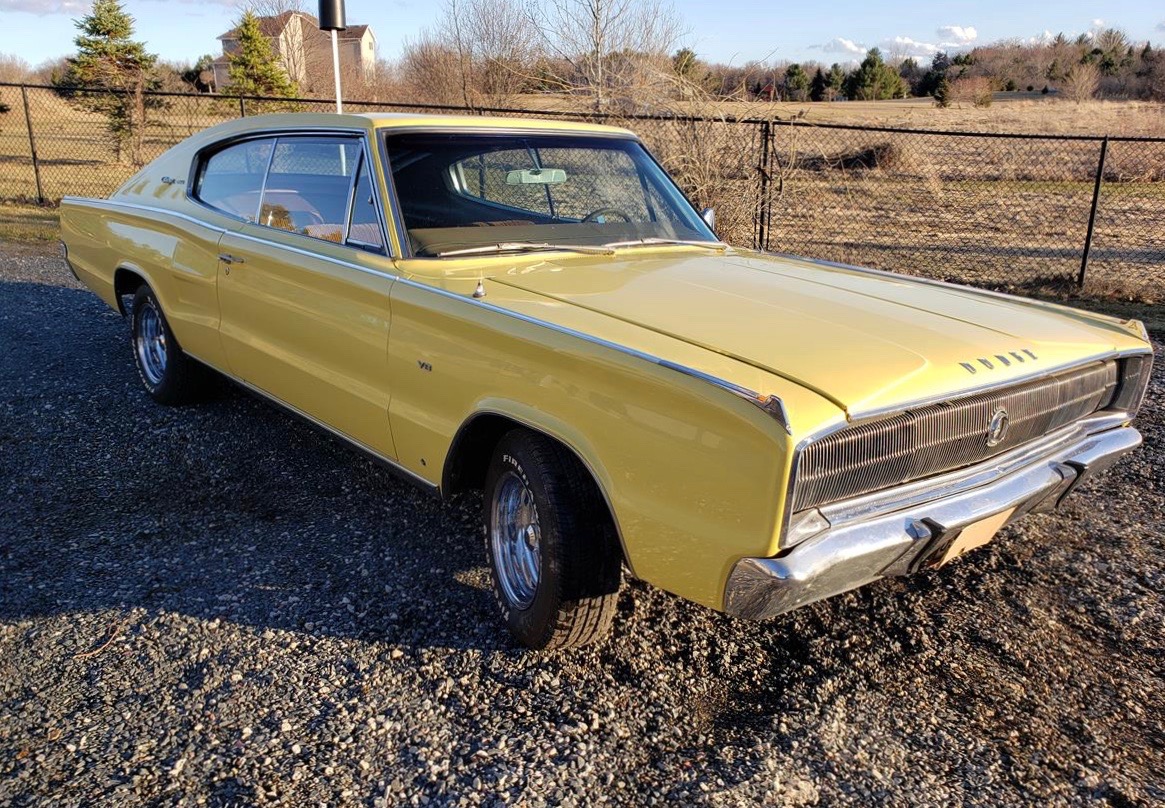 “The Charger was Dodge’s entry into the current ‘fastback’ craze,” of the late 1960s, the Standard Catalog of American Cars reports.

Flipping through the Catalog’s pages, we see the fastback rooflines of the 1965 Plymouth Barracuda, the 1967 AMC Marlin, the 1967 Ford Mustang, the 1968 Ford Fairlane Torino GT and Mercury Cyclone GT, but the Charger offered perhaps the longest reverse-wedge roofline of them all.

One of those cars, a 1967 Dodge Charger offered for sale on ClassicCars.com by its private owner in Marine on Saint Croix, Minnesota, is the Pick of the Day. 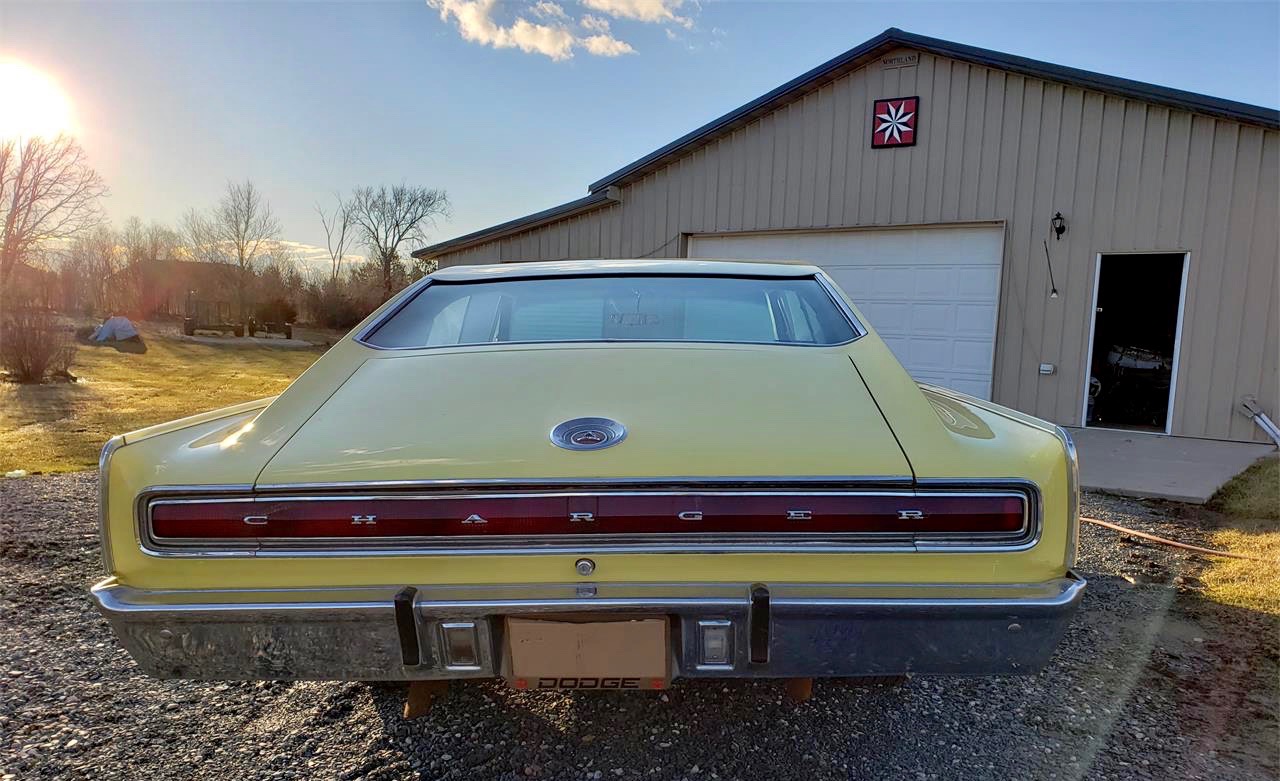 As the Standard Catalog notes, the Charger was based on Dodge’s Coronet chassis but with its own bodywork. It had a convex grille with “fine vertical bars” and hidden headlamps, and a single full-width taillight. Inside, the rear bucket seats each folded flat to create a huge floor for cargo, and the dashboard featured four round pods for instruments and a center console that stretched the full length of the cabin. Whether manual or automatic, the shifter was mounted in the console.

“This is a very nice Charger, not perfect but could be with a little work,” according to the seller. “It has been in the family now for over 20 yrs always garaged barely driven sadly too many toys.”

The seller says the car was repainted in the 1980s.

Originally, the car had a 318cid V8 that the owner rebuilt with new pistons, valves, etc., only to overlook a crack in the water jacket between the 6th and 8th cylinders. The crack was discovered before the engine ran.

Instead of that engine, the car has a different 318 taken from a 1989 Dodge D100 truck after being driven 105,000 miles. The second engine has a new timing chain, oil pump, Edelbrock Performance intake, Carter carburetor and other updates.  The original engine and its parts go with the car, the seller says.

Although the Standard Catalog says floor shifters mounted on a full-length center console was standard equipment, the seller says “this is an original column shift car,” but adds that an original center console and a B&M shifter have been installed. The transmission is an automatic.

“This is an original A/C car but all the components were removed before we purchased it so I do not have the parts to reinstall,” the seller adds.

While the “back seats are perfect,” the front seats need new cushions and covers. The dash pad has a crack.

“Since this vehicle was stored for over 12 years, the headlight motors need to be cleaned to rotate when lights are turned on.  They do operate when 12 volts applied to motor.  These are highly sensitive when it comes to opening and dirt, oil combo.

“Unfortunately, the electro luminescent gauges do not glow,” the seller says. ”I have not figured that out.”

The seller is asking $13,250 for the car and extra engine, and a variety of spare parts.