Scale-model Ford Escort made of gold, silver and gems

The smallest Ford Escort may well be the most valuable of them all, and it’s headed to the auction block. 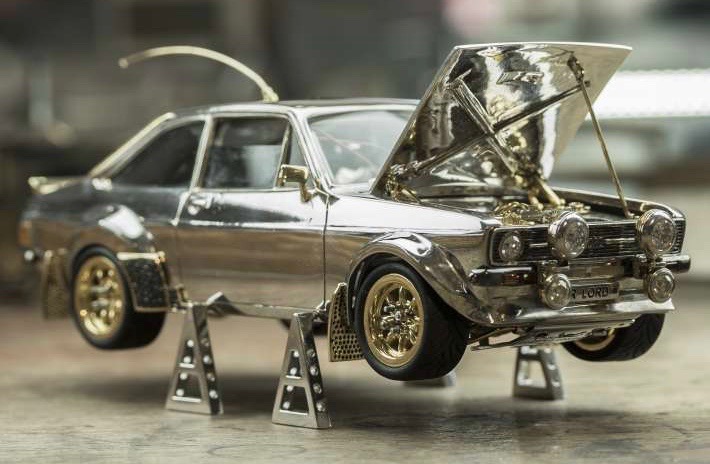 The model is the work of Russell Lord, a British jeweler who also is a fan of the Ford cars, a fan to the point that he has owned 55 of the full-scale cars.

Lord started work on the bejeweled model car 25 years ago.

“It’s been a hobby that I’ve come back to again and again, but three years ago I determined to finish it,” Lord is quoted in a news release from Ford of Europe.

“I know this car inside out – so there were no plans, I just built it from the ground up piece by piece.” 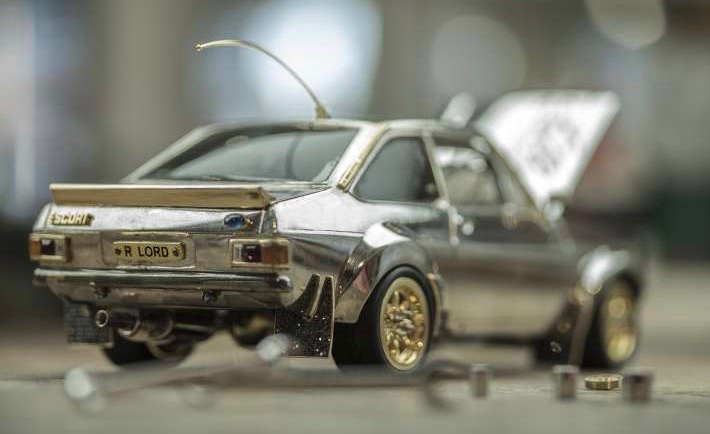 The model is based on the Mk2 Escort works rally car driven by Ari Vatanen in the late 1970s. Details include spinning pulleys on the front of the engine, a moving diamond-encrusted platinum gear shifter, and glass windows that involved smashing vases to find sections of glass with exactly the right curve.

The car will be offered for bids on May 2 at a British website and will proceeds will be donated to charities.