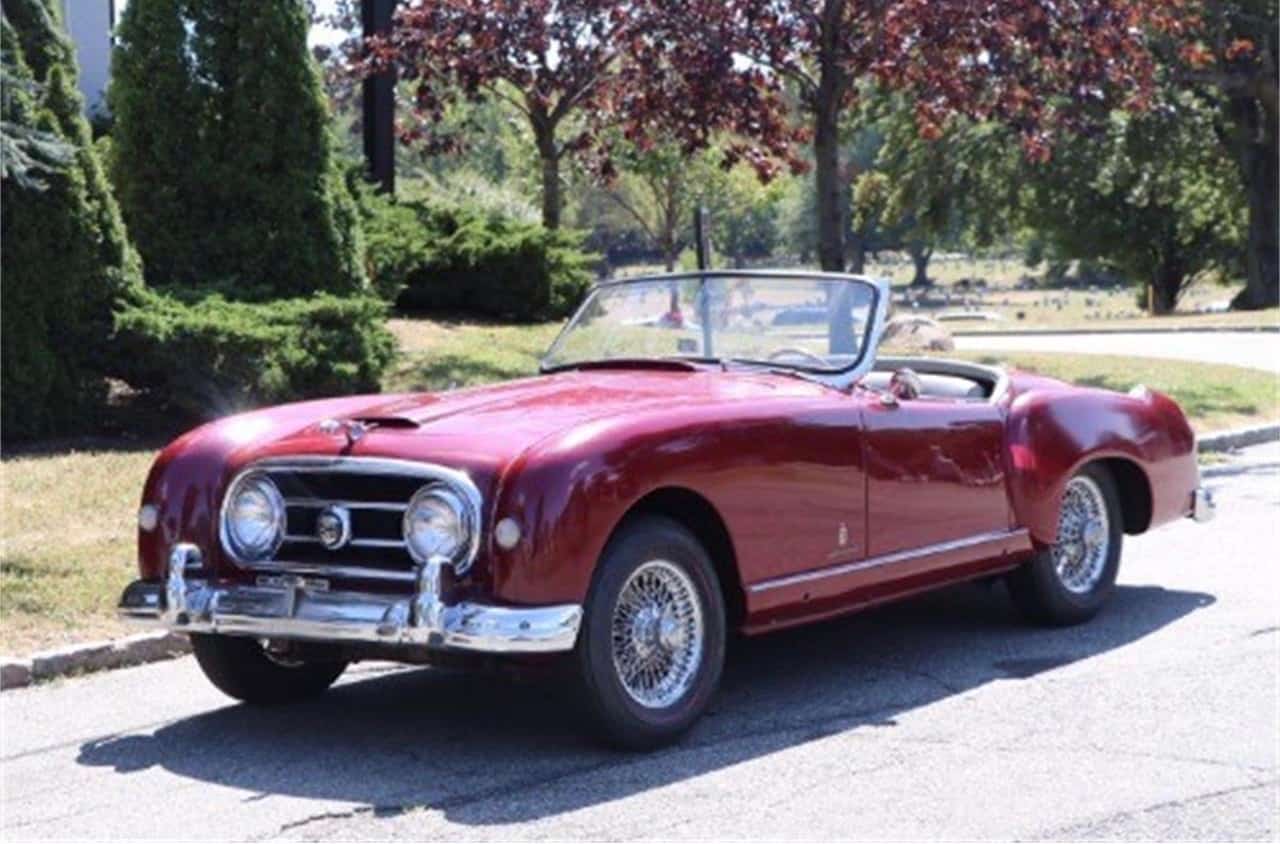 Just in case you think resto-modding is a recent phenomenon, consider the Pick of the Day, a 1952 Nash Healey being advertised on ClassicCars.com by a dealership in Astoria, New York.

“Around 1963 the second owner commissioned Hollywood Sportscars to install a 3.8 Jaguar engine with Moss gearbox,” the dealership notes in the ad.

“The overall statement this Nash makes is that of a highly original car with perfect gaps, original paint, and straight panels.”

The car also has recently received a refinished interior with Connolly leather and Wilton wool carpeting, as well as a new top and side curtains.

In other words, it’s a resto-mod, a car that looks factory original but has updated components hidden beneath that sheet metal.

The Nash Healey was the result of a chance meeting in 1949 when British sports car constructor Donald Healey and Nash president George Mason both were passengers on the Queen Elizabeth as it sailed from England to the United States.

“By the time they docked in the US, a deal had been hatched to build Healey sportscars, with Nash 6-cylinder engines, to be sold through the Nash dealer network,” reports the Beaulieu Encyclopedia of the Automobile.

The 1951 models were considered “plain and slabsided,” but for 1952 new coachwork was designed by Pinin Farina in Italy.  Production for the 1952 model year included 150 convertibles.

The resto-mod being advertised was a California car from new, says the dealer, who adds that it has a history of dry storage when not in use and of single ownership from 1962 until 2014.