A barn-find 1968 Shelby GT500 Fastback will roll across the Mecum auction block in Indianapolis next month, according to the company’s sale docket. 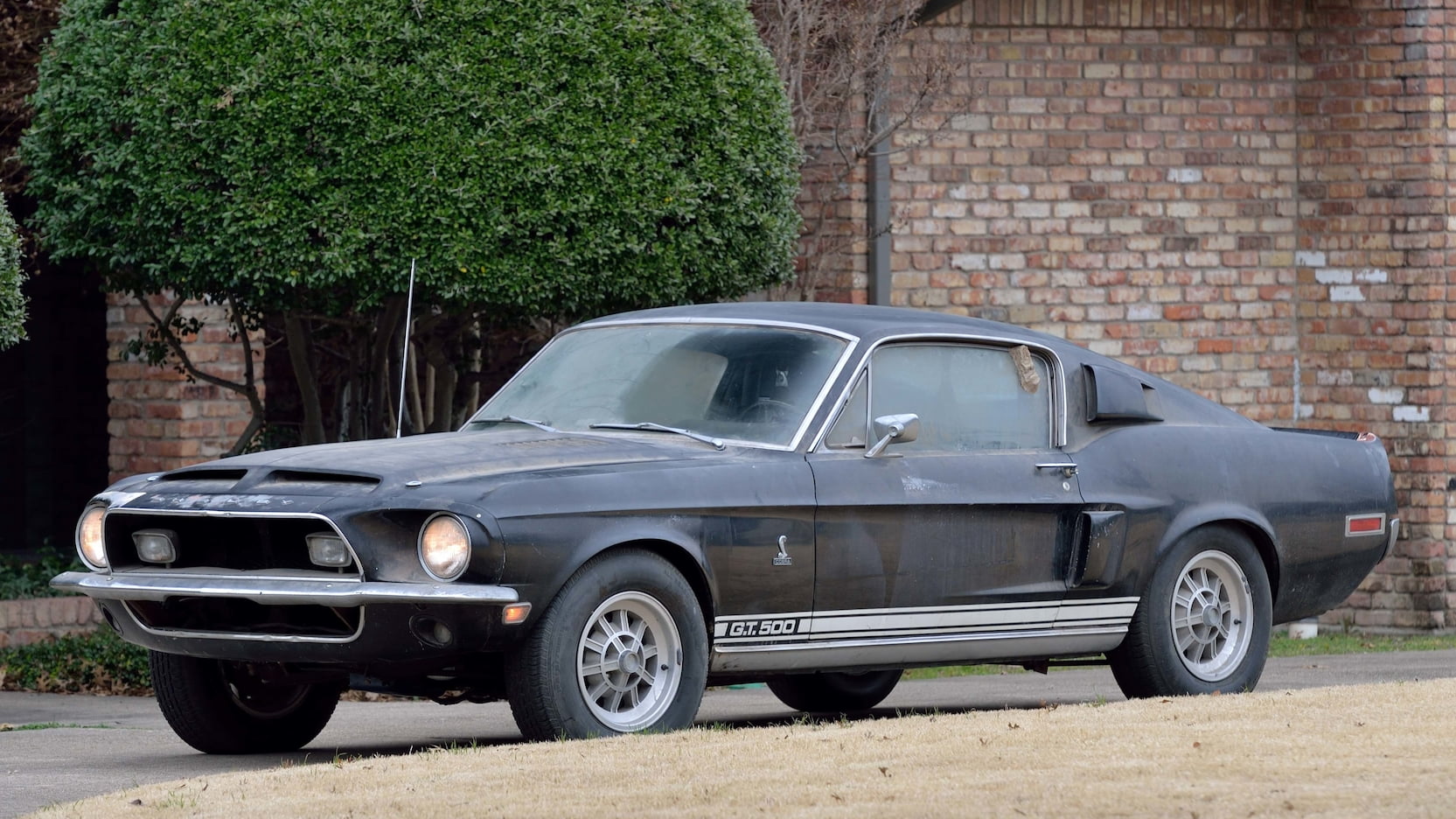 “The Mustang’s Deluxe interior was enhanced by a Shelby console, padded armrest with embossed Shelby snake logo, and a roll bar.”

The barn find GT500 was equipped at the factory with a black interior, power steering, power front disc brakes, a Philco AM radio and tilt steering column, the description says. It has a 428cid Police Interceptor engine with a Holley 715 CFM 4-barrel carburetor and rated at 360 horsepower. That is mated with a 4-speed manual transmission.

At some point, the original wheels were exchanged with Shelby aluminum 10-spokes; the paint is mostly original. The mechanicals were rebuilt, but the exterior and interior look as they did when they rolled out of the barn. Aside from that, the car is as it was when it came off the production line, the catalog says. 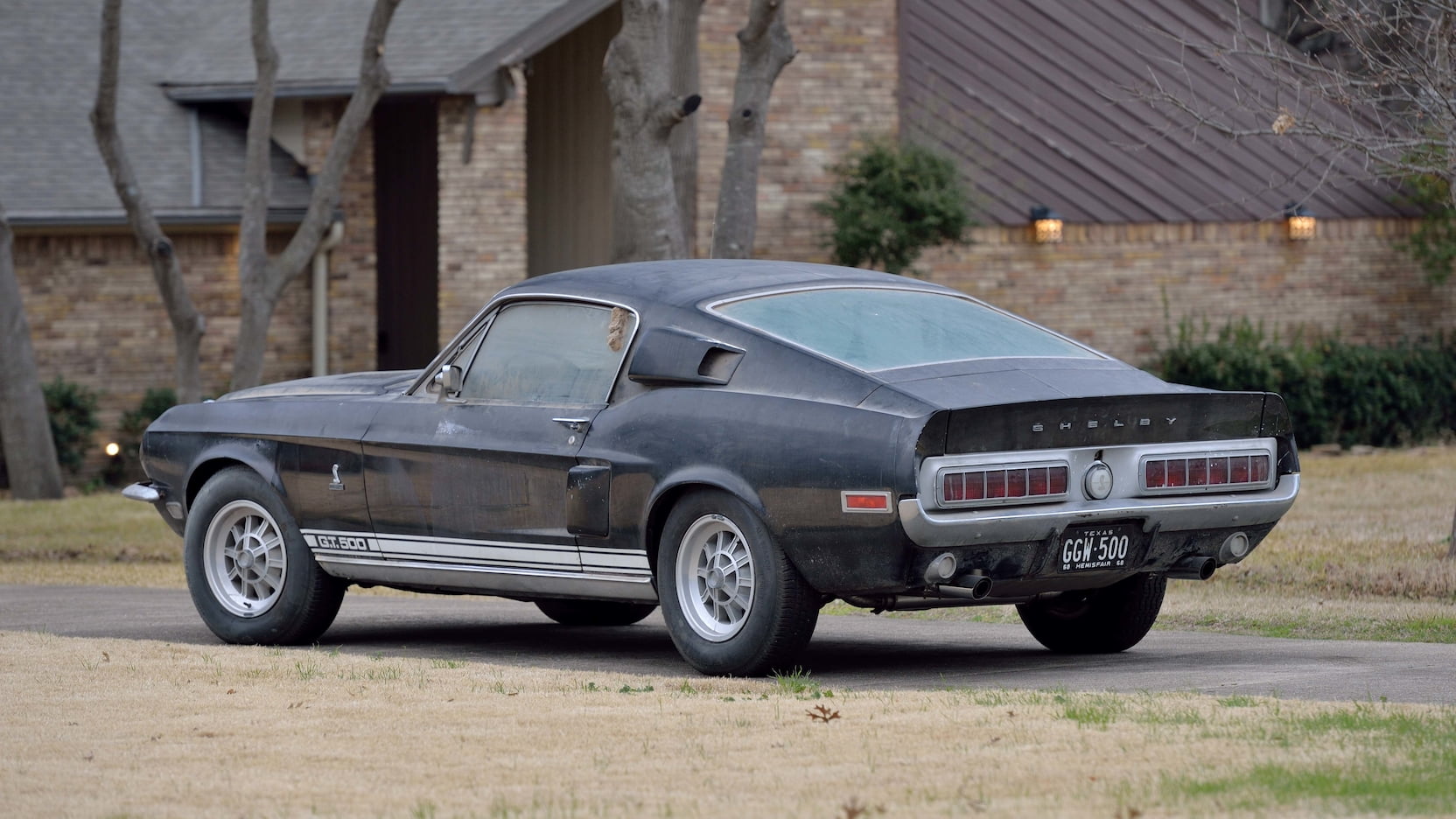 It’s tough to say how much the GT500 will command on the block. Mecum’s listing does not include an estimated sale price for the car. The Hagerty Price Guide says a similar car in concours condition is worth about $160,000, but given the fervor for original barn finds, this GT500 could fetch more.

One Week to Buy a Car—What Would You Buy?

Question of the Day: Do you take Sunday drives?