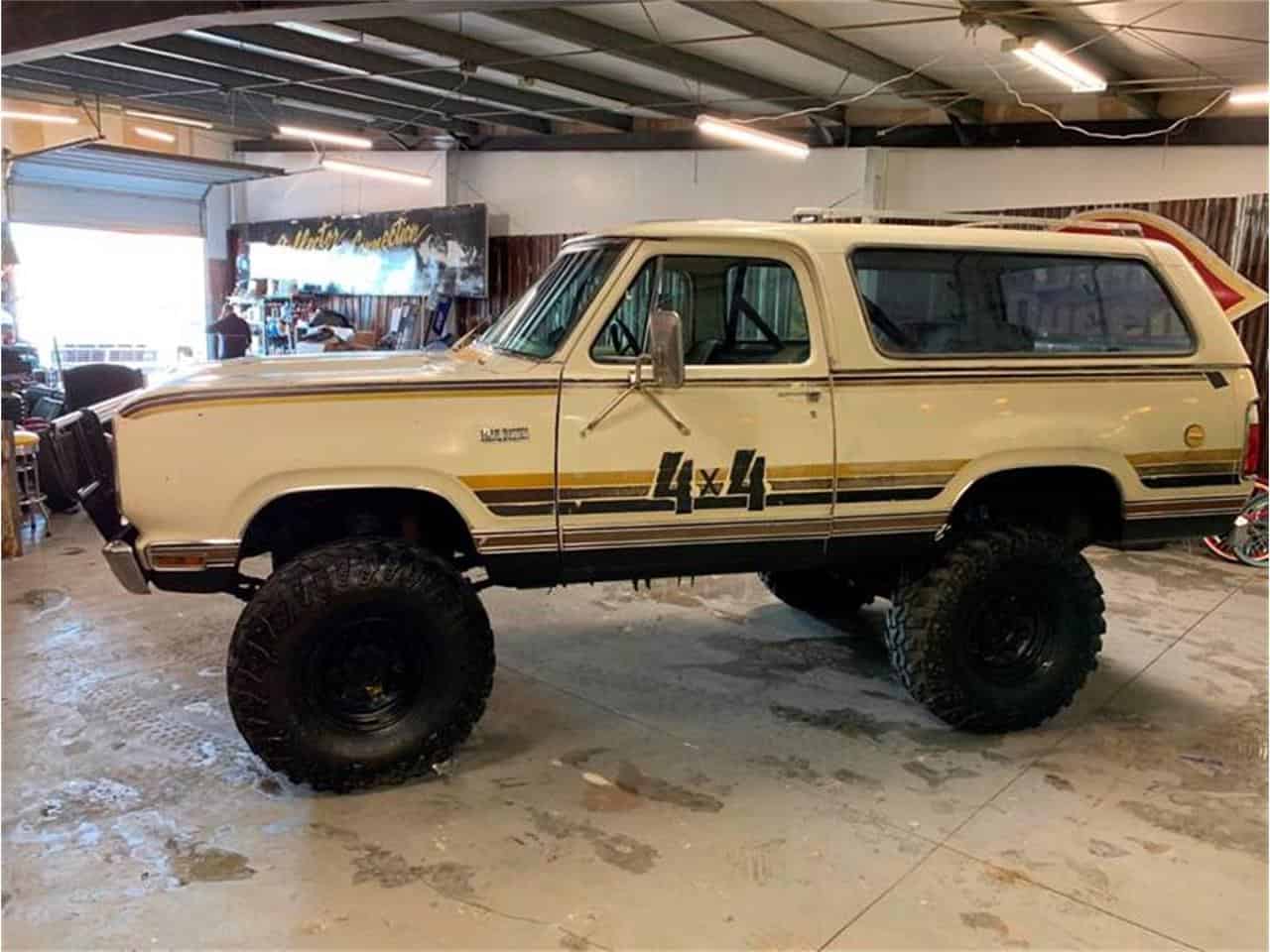 Anyone remember Plymouth’s sport utility vehicle? Neither did we until we found one advertised for sale on ClassicCars.com and, despite not much detailed information, decided to make the 1976 Plymouth Trail Duster the Pick of the Day.

Back in 1974, Chrysler Corp. rolled out what the Standard Catalog of American Light-Duty Trucks calls its “long-awaited Dodge sport-utility vehicle,” the Ramcharger. Codenamed “Rhino” during its development, the SUV was designed for personal use, including commuting to work, rather than for rugged off-roading.

Dodge dealers got more than 15,000 examples to sell. There also was a Plymouth version, the Trail Duster, though only a few more than 5,000 bore the Plymouth branding.

All of the first-year Ramchargers and Trail Dusters had 4×4 powertrains. A 4×2 version was added for 1975. In addition to being driven only by its rear wheels, the 4x2s road 2½ inches closer to the ground.

The Pick of the Day is a ’76 Trail Duster Sport 4×4 advertised by a dealership in Redmond, Oregon.

“This sporty SUV is a rare find still sporting the factory paint and interior along with the original decals from the factory,” the dealer says in the ad. “We have driven it only to find it runs and drives great. Great patina to show off its originality along with the forty-year-old interior and new carpet that looks stunning.”

The ad notes that the vehicle has “off-white” paint and a brown interior, automatic transmission and an odometer that reads 15,236.

While there isn’t a lot of information in the advertisement text, the display includes lots of photos which show such things as the fact that the rear portion of the roof can be removed, a roll bar mounted in the truck bed, a sunroof above the front seats, a lift kit and very aggressive tire tread, front ‘roo bar and aftermarket rear bumper, fog or driving lights and a V8 engine with aftermarket components.