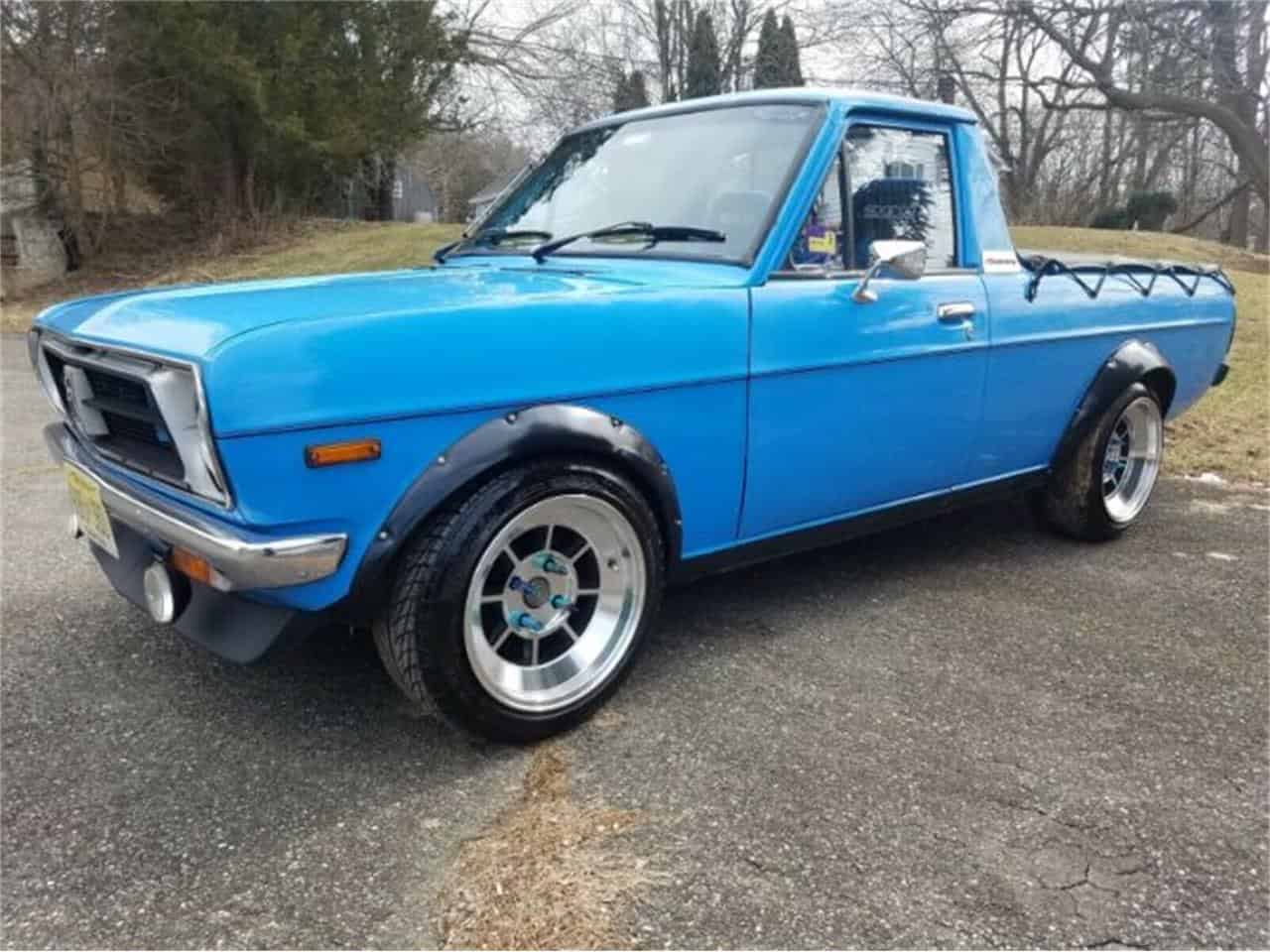 How’s this for bringing home a souvenir from your vacation?

The Pick of the Day is a 1980 Datsun 1200 pickup truck purchased two years ago while the owner was on vacation in Australia. The truck is being offered for sale in an advertisement on ClassicCars.com by a dealership in Cadillac, Michigan, though the truck is not located there but at the client’s home. 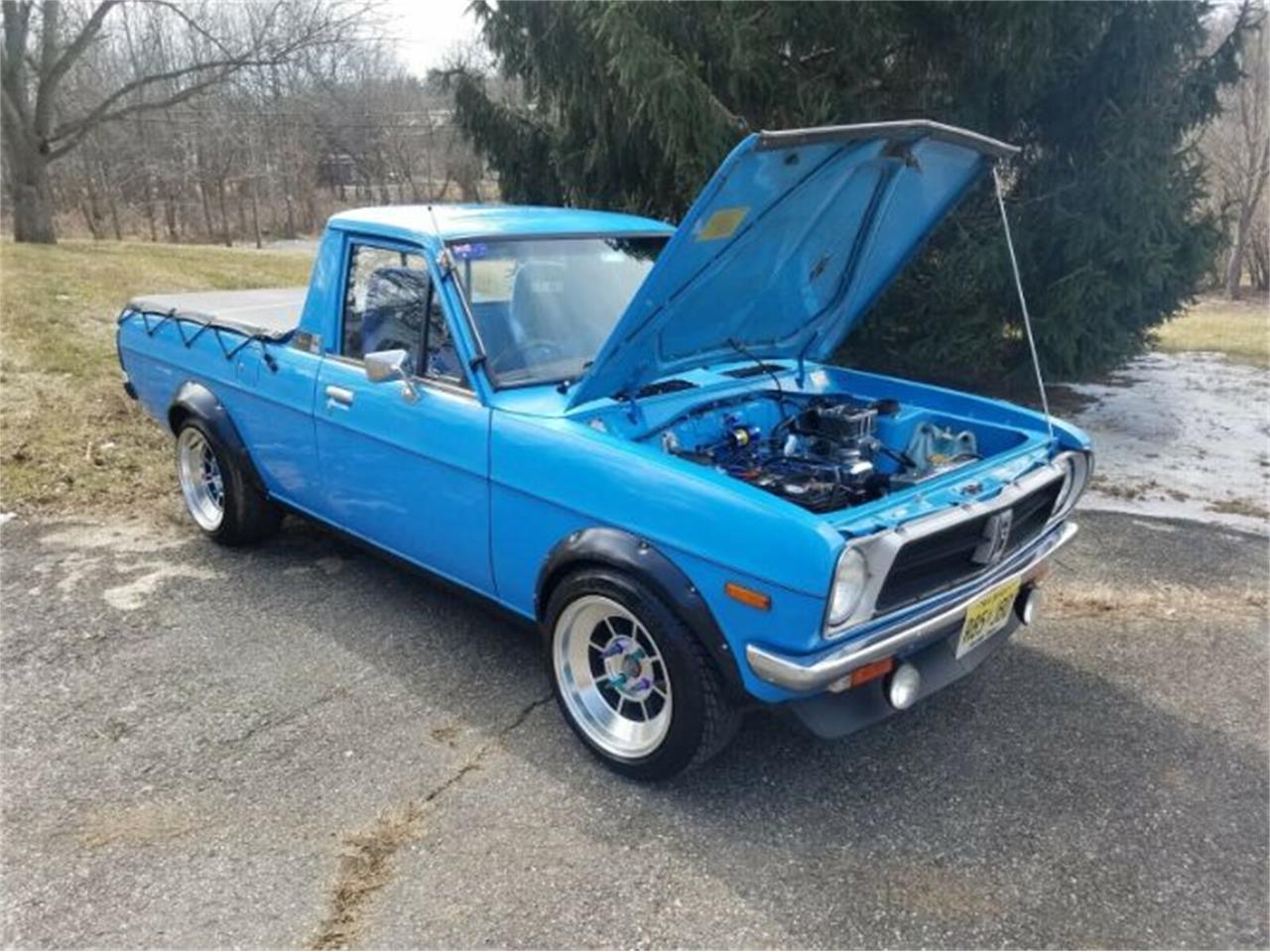 The pickup, which has right-hand drive, was based on Datsun’s B110 sedan platform. It was sold in Japan as the Sunny Truck, in Australia as the 1200 Ute and in South Africa as the Bakkie. It was not exported to the American market.

The dealer adds that the truck has not been driven on snow or salted roads and has been garage kept.

The only apparent issues are an inaccurate fuel gauge and non-working dashboard lights.

The truck originally had a 1,400cc 4-cylinder engine but that unit was upgraded to one from a B210 with Weber carburetor and upgraded distributor. The front brakes also were changed to Girlock twin-piston calipers and larger rotors. Rear drums also were replaced.

Improvements were made to the front suspension, and the truck rides on Rota 15-inch Shakotan wheels, 9 inches wide at the rear and 8 in front.

The truck has fiberglass fender flares and a front “duckbill” spoiler.

The truck cabin was upgraded with Sparco F200 seats.

(To see what such a truck might become, visit this report on a 1974 Sunny 1200 pickup that visited Jay Leno’s Garage.)

The dealer reports that the truck is 99.9 percent rust free, though the body has some “minor scrapes and scratches.”

The truck is for sale for $15,495. To view this listing on ClassicCars.com, see Pick of the Day.