Three years ago, a friend told me about a project 1951 Chevrolet 3100 truck his dad and a friend had planned to restore. But a few months after getting it back to the shop, completely disassembling everything, boxing the frame, and bringing down to raw metal, his friend passed away unexpectedly.

My friend’s father lost any interest in completing it and, because of this, the truck sat in pieces for years. I went to see it and, as we walked around his shop, we talked about my goal of making a Copperstate 1000 — a big vintage car rally held in Arizona — support vehicle. I wanted to build a resto-mod, a pre-1973 vehicle that was as original as possible visually with brand-new technology inside and underneath.

He started pointing around the shop — chassis there, door here, some fenders over there, the cab is here somewhere — at pieces with a coating of primer on them. We quickly negotiated a price (I didn’t think he would actually sell it to me) and the next thing I knew I had a full 1951 truck with the original body panels — save for the bed frame, as it was rusted beyond repair.

After three trips to his garage to get all the parts, I started putting it together from the bottom up. A crate LS2 engine and crate 4L60 automatic transmission easily fit into the bay and away we went. Most TV shows, such as Gas Monkey Garage and others, only take about 45 days to complete a build like this, so surely it wouldn’t take me more than six months, right?

As any resto-mod build goes, a few things fit, but just about everything else needed adjusting, tweaking or full-on fabrication. Prior to this truck, I had worked on race cars, vintage off-road vehicles and sports cars and I thought a frame-off of an older truck wouldn’t be overly difficult.

Let’s put it this way: In 1951, on a truck intended for the farm, no one was really worried about straight body lines. Before this project, I thought shims were for woodworking. Contributing to that fact was the addition of the LS2, as a vehicle built for 85 horsepower would need some modifications to support the now-400 horsepower engine.

Aveline was given a Mustang II front, a 9-inch Ford rear and a full coilover suspension. It rides on Mobsteel wheels and sports a Shark Gray paint job from a Corvette C7. It also has an ididit steering column, Dakota Digital gauges and Vintage Air, among other changes.

Looking back on it, I recognize that I’m extremely lucky to have gotten the help I did from multiple friends in the industry, especially those at Elevens Paint & Fiber, Precision Auto Body and SoCal Speed Shop who answered a lot of “What is this part?” and other similar questions. Three years after buying and starting Project Aveline, I showed the truck off at the Copperstate 1000 last weekend.

At this point, it’s more blood and sweat than tears.  It’s been an incredible journey and the truck has turned out better than I ever dreamed it would be. 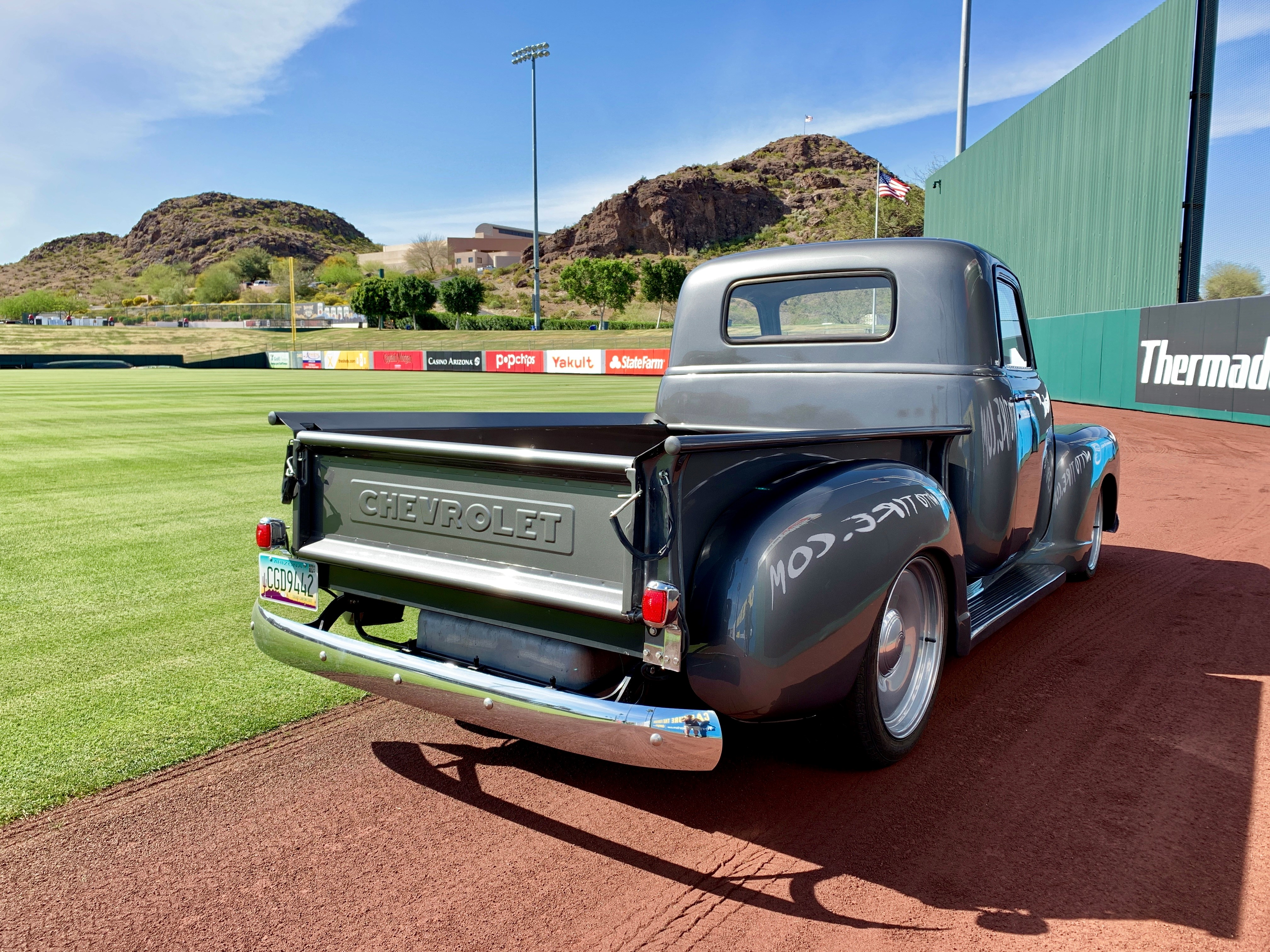