Ferrari shows off the one-off P80/C

Calling it “the most extreme one-off design ever,” Ferrari has unveiled the P80/C, “an entirely new and modern take on the Ferrari sports prototype concept,” created for one of the company’s best customers.

“The client, a great connoisseur of the Ferrari world, comes from a family of long-time Prancing Horse enthusiasts and admirers, and is himself a highly knowledgeable, discerning Ferrari collector,” the company said.

“He was thus the perfect partner with whom to craft such a demanding project which required the highest level of interaction as well as emotional involvement.

The client’s basic brief was to create a modern sports prototype inspired by iconic models from Ferrari’s history: the 330 P3/P4 on the one hand and the 1966 Dino 206 S on the other.”

The company called the P80/C a new “Hero Car… a new kind of product that simply did not exist in the current Ferrari range.”

“The Ferrari Styling Centre’s goal was to create a resolutely modern car that made no major concessions to the past, apart from attempting to recreate the sensual shape of those iconic models through more muscular wings formed by the intersection of concave and convex surfaces.”

The project began in 2015 and Ferrari said the P80/C went through the longest development period in the history of its one-off cars.

“Normally speaking, this kind of car tends to be a stylistic reinterpretation of models in the current range — a new concept or basic idea that marks a departure from the donor car is built on existing running gear,” it continued. “The glorious history of Italian coachbuilding is just that: a wealth of exceptional cars based on the same chassis, but bodied by different coachworks. 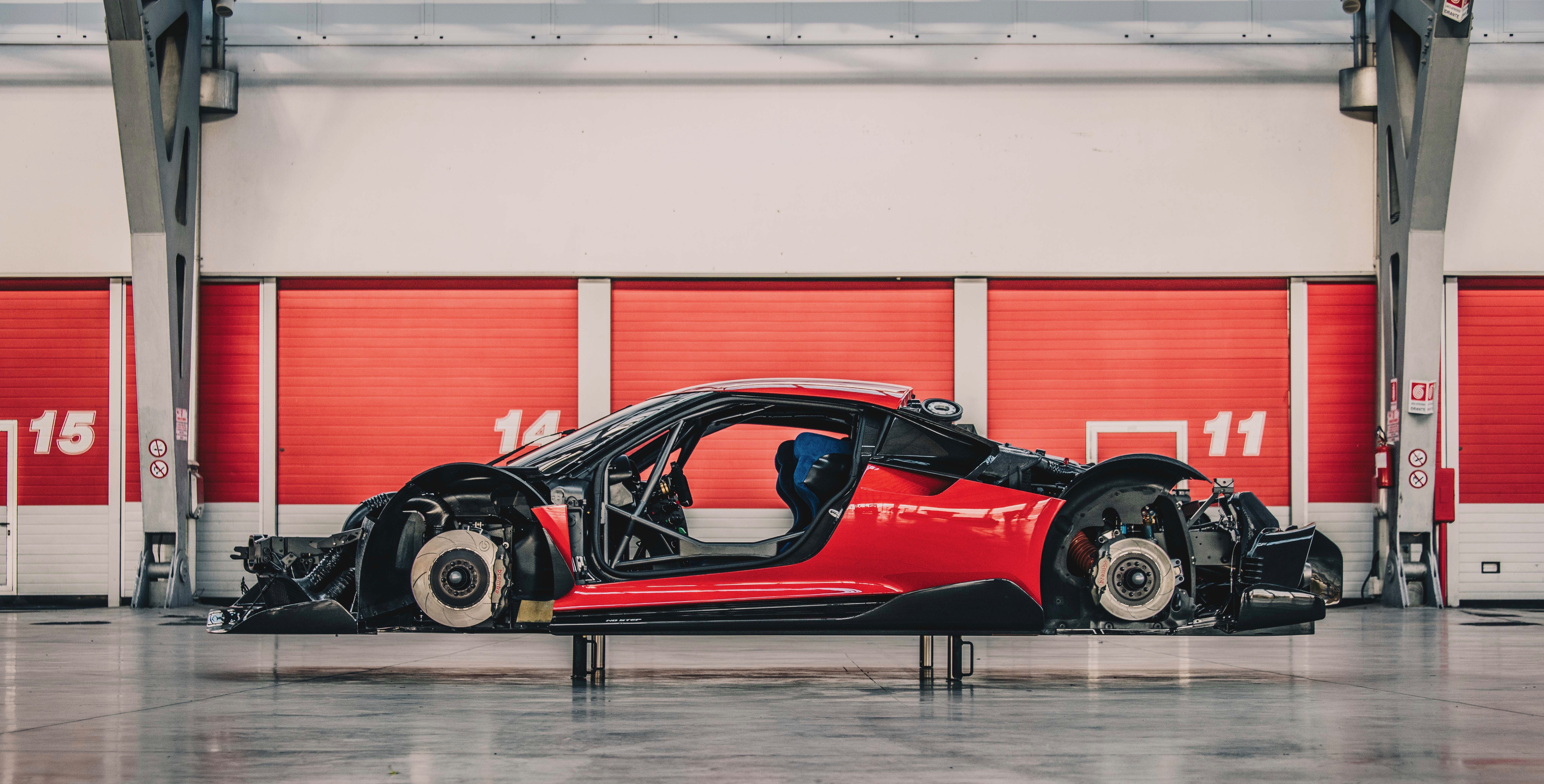 “The P80/C, however, is radically different. It is a track car, which means that performance is a major factor so this not only pointed the design team in the direction of a design that was absolutely unique, but also forced them to make radical changes to the running gear of the donor car. This involved introducing specific features required to guarantee a captivating marriage of style, technical prowess and aerodynamics.”

The donor car was a 488 GT3 with its long wheelbase which enabled a forward cockpit with an elongated tail section with flying buttresses that “converge towards the roof underlining the visor effect of the greenhouse.”

The bodywork is widest over the front axle and then narrows toward the waistline before widening at the rear, where the T-wing was borrowed from 2017 Formula One design.

The car has two sets of wheels — 18-inch single-nut wheels for the track and 21-inch wheels for display.

The racing-style cabin is protected by a roll cage that is integrated into the bodywork.