“The Rise and Fall of the Cadillac Tail Fin” is the title of a special “Jet-Age” class announced for the Concours d’Elegance of America in Plymouth, Michigan, featuring fine examples of the luxury brand from 1948 through 1965.

“Originally inspired by the Lockheed P-38 Lightning fighter plane, Cadillac’s first 1948 tail fin was a (General Motors design chief) Harley Earl creation,” according to a concours news release. “The sculptured fender line was soon copied by other manufacturers. But Cadillac was first, and the fin was instantly associated with the brash jet-age style of America’s number-one luxury car.

“By the mid-1950s, the Cadillac glittered with jewel-like style and the tail fins kept growing. Names like Coupe de Ville, Fleetwood and Eldorado Biarritz were embedded in American culture, music and movies. 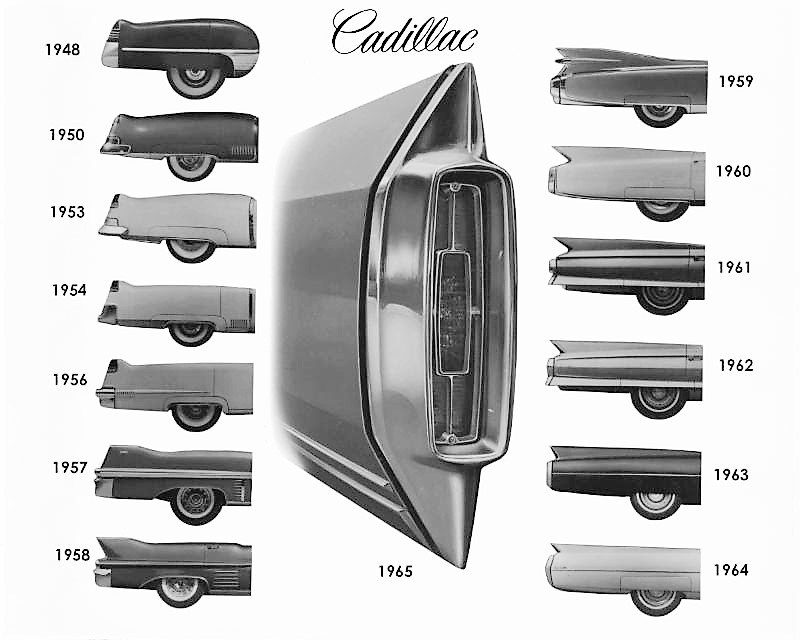 “The Caddy’s tail fin reached its absolute zenith in 1959 and gradually receded as times and tastes changed over the next few years.”

The Concours d’Elegance of America takes place Sunday, July 28, on the grounds of The Inn at St. John’s in Plymouth.

Volvo clubs, owners and enthusiasts will gather on Sunday, March 31, for the Volvo 600 and a shot at setting a Guinness World Record for the longest parade of Volvos.

This worthy effort will take place at the Bruntingthorpe Proving Ground, near Leicester, a venue that has room to accommodate many thousands of vehicles, although just 600 are needed to meet the target and break the current record, set in Poland in 2010.

The Volvo parade is expected to be not only a fun event for participants but an opportunity chance to see a wide variety of cars from vintage to current produced by the Swedish brand.

“An exceptional array of Volvo models is expected, from post-war classics such as the Amazon series and the P1800 coupes, through the iconic estate cars and saloons of the 1980s and ’90s, to examples from today’s award-winning line-up,” according to the organizers. “Tuned and customized cars will be taking their place alongside prized classics and family favorites.”

For more information about this free event, visit the Volvo600 website.

“Commissioned as a one-off design for Ford Motor Company president Edsel Ford, (who) wanted it ready for his March 1939 vacation,” a concours news release notes.   “Chief stylist Eugene T. ‘Bob’ Gregorie used the blueprints of the streamlined Lincoln-Zephyr as a starting point.

“Gregorie sketched a design for a convertible with a redesigned body.  Allegedly the initial sketch for the design was completed in an hour.”

Each show will feature more than 2,500 street rods, customs, race cars, classics and trucks, as well as a number of crowd-pleasing displays and competitions, part of the series of national events held by the Goodguys Rod and Custom Association.

The inaugural Manhattan Concours at Brookfield Place will be held May 17-18 at the waterfront plaza of the Brookfield Place in Lower Manhattan, marking the first time New York City will host a group of collector cars along the picturesque Hudson River.

The show will be managed by CSM Production, which created and produced the Concours d’Elegance at Pinehurst Resort in North Carolina. Twenty-five special automobiles will be included in the picturesque show.

“The 2019 Manhattan Concours at Brookfield Place aims to combine the best vehicles of today with the best in class from generations past for a display of culture, travel, and sport,” according to a concours news release.

Beaulieu’s 2019 season starts off April 7 with Simply Aston Martin, this year celebrating the 25th anniversary of DB7 production, on the grounds of the National Motor Museum in New Forest, Hampshire, England.

More than 300 Aston Martins from vintage pre-war models through the legendary DB series to the latest offerings, such as the DB9, DBS, Vantage and Vanquish. Show-entry Astons will compete for People’s Choice awards chosen via spectators’ votes.

For more information and a schedule of events, visit the Beaulieu website.

The Buffalo Motorama takes place March 29-31 at the Buffalo Convention Center in Buffalo, New York, advertised as “the biggest and best indoor custom car and bike show this side of New York.” For more information, visit the event website.