Not even in his wildest dreams might Q have imagined turning James Bond’s Aston Martin DB5 into something that resembled a hippopotamus. But that’s what Swiss artist Frederic Muller did as part of his “Rides in the Wild” series that’s on display at the M.A.D. Gallery in Geneva.

“We always try to incorporate something that makes us, and hopefully those who discover our pieces, smile. Frédéric Müller’s work does exactly that,” Max Büsser, founder of MB&F and the M.A.D.Gallery, says in the gallery’s announcement.

“Not only is his work impressive and based on vintage cars, a theme close to my heart, but it recaptures a sense of whimsical and childhood that we need to hold on to.”

“Bringing concepts or products to life by showing them in photorealistic images, putting them into context, and telling stories of where and how the products would be of use in real life,” is how Müller explains the mission of his art.

Muller works out of an office in Switzerland and a former firefighter’s van he has converted into a rolling studio, his “Atelier on Wheels” which runs largely on a solar-powered battery.

According to the gallery, “The sweeping, steel grey curves of an Aston Martin DB5 from 1963 perfectly pair with the voluptuous silhouette of a hippopotamus.” 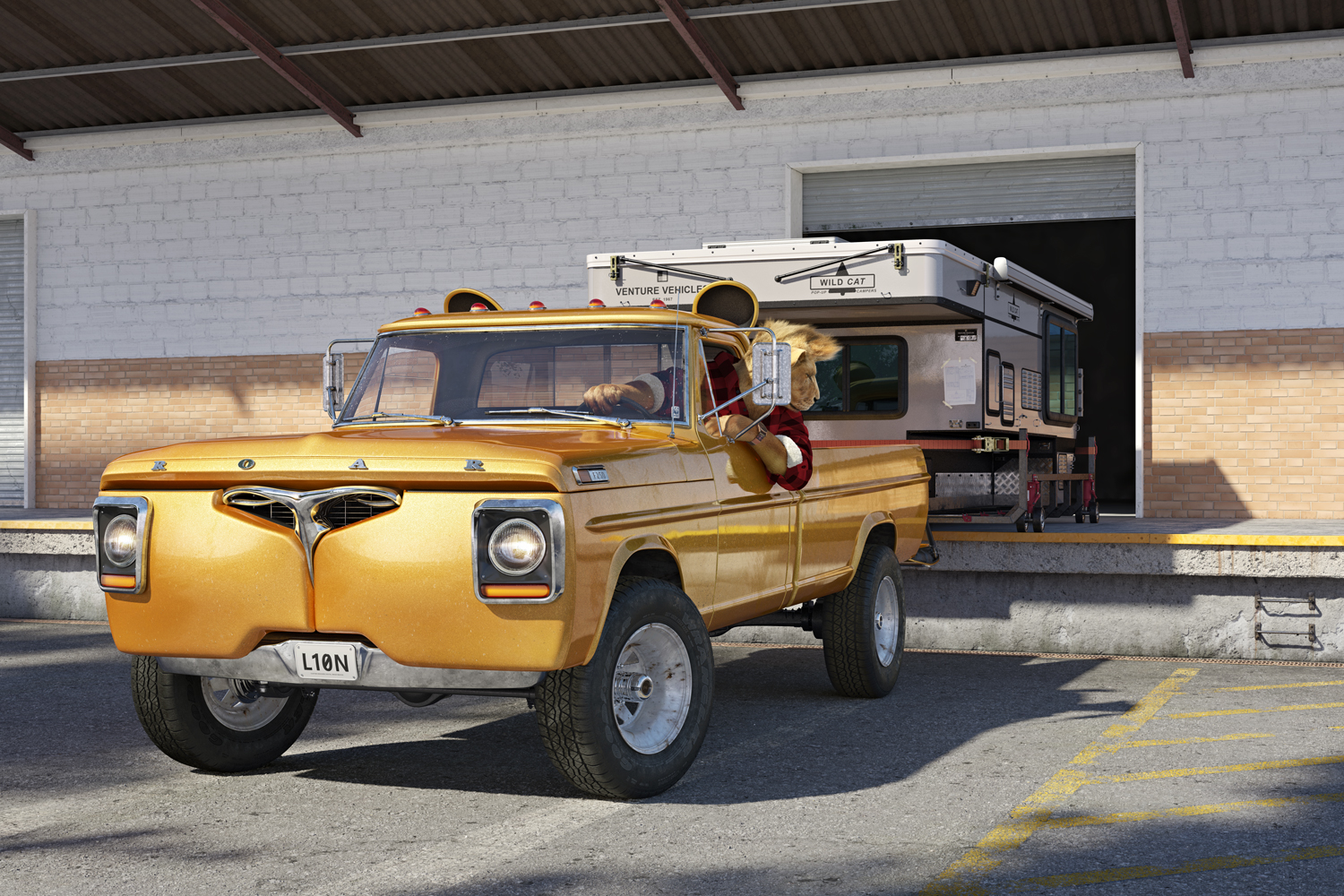 Meanwhile, “A lion behind the wheel of a transformed Ford F-250 with a pop-up camper in tow is just the thing. This heavy-duty pickup truck from 1967 fittingly takes on the feline features of a lion with a grill fashioned as a lion’s nose, a cab embellished with ‘ears,’ and fur-colored paint.” 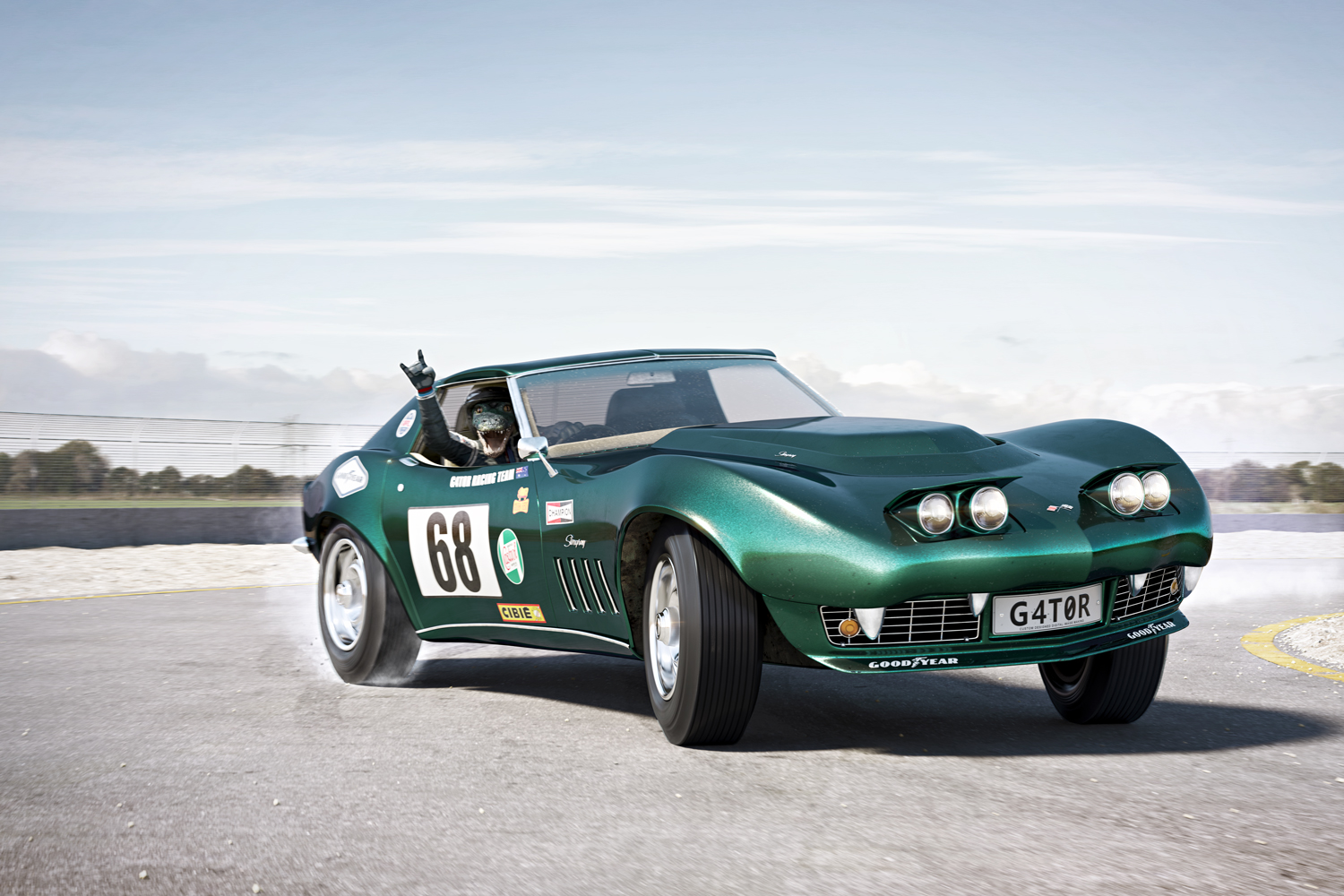 Of the Corvette-turned-Gator, “The thrill-seeking reptile harmonizes with its powerful machine sporting an elongated frontend (similar to an alligator snout) and pointy teeth positioned alongside the personalized ‘G4T0R’ plate on the grill. The deep emerald color of the classic car coordinates with the creature hanging out the window having the time of his life. 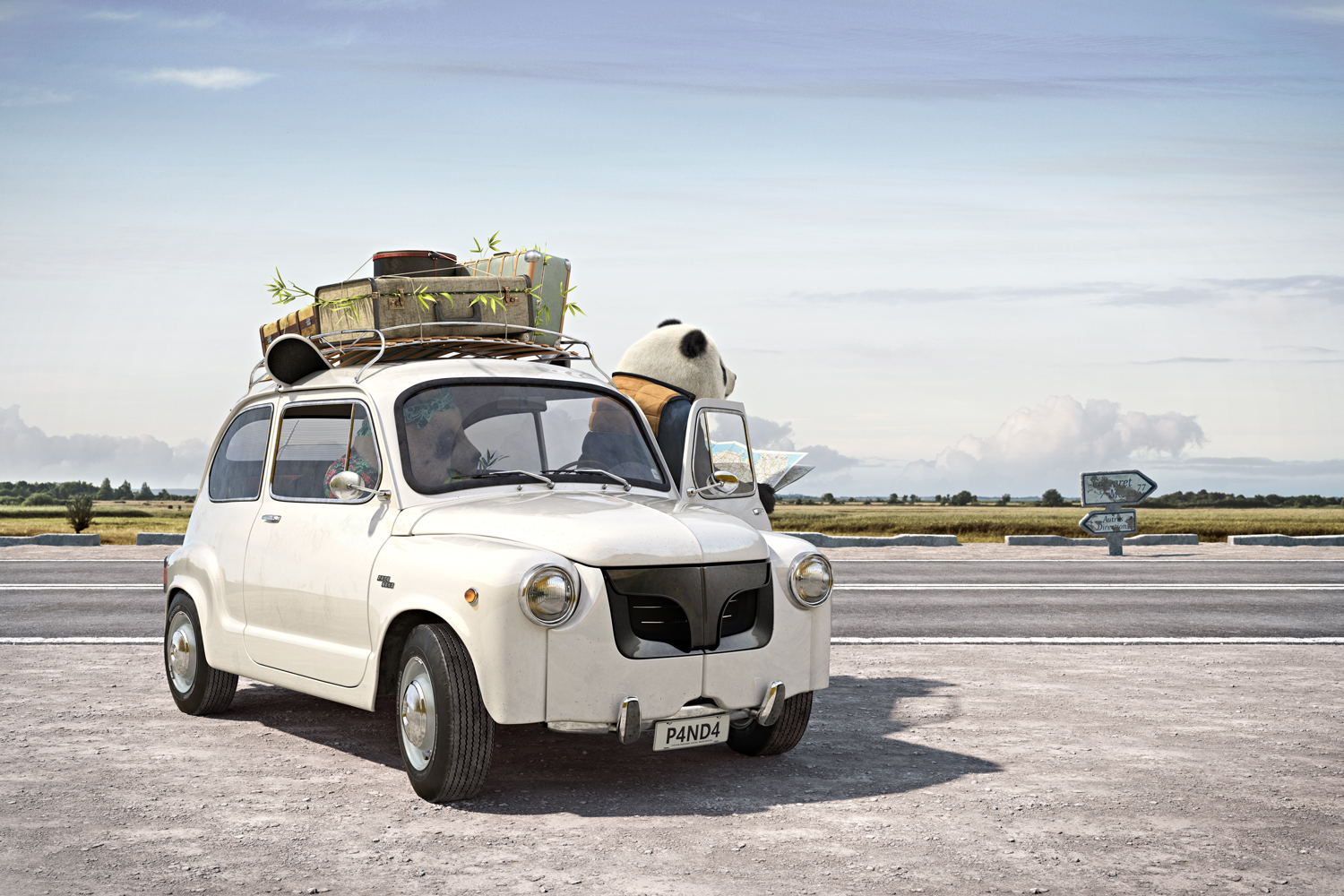 “At the other end of the horsepower spectrum, a 1977 Fiat 600S playfully doubles as a panda bear with black and white features including a nose on the grill and ears peeking out from under the luggage rack.

“A globetrotting bear couple embark on a road trip; a fun detail is the luggage exploding with bamboo. Appearing lost, the driver holds a map while staring at illegible road signs.”

Each vehicle is represented in two limited-edition illustrations, available in two sizes or as a full set in a collector-edition box. For more information, visit the gallery website.

Colorful options for your classic car