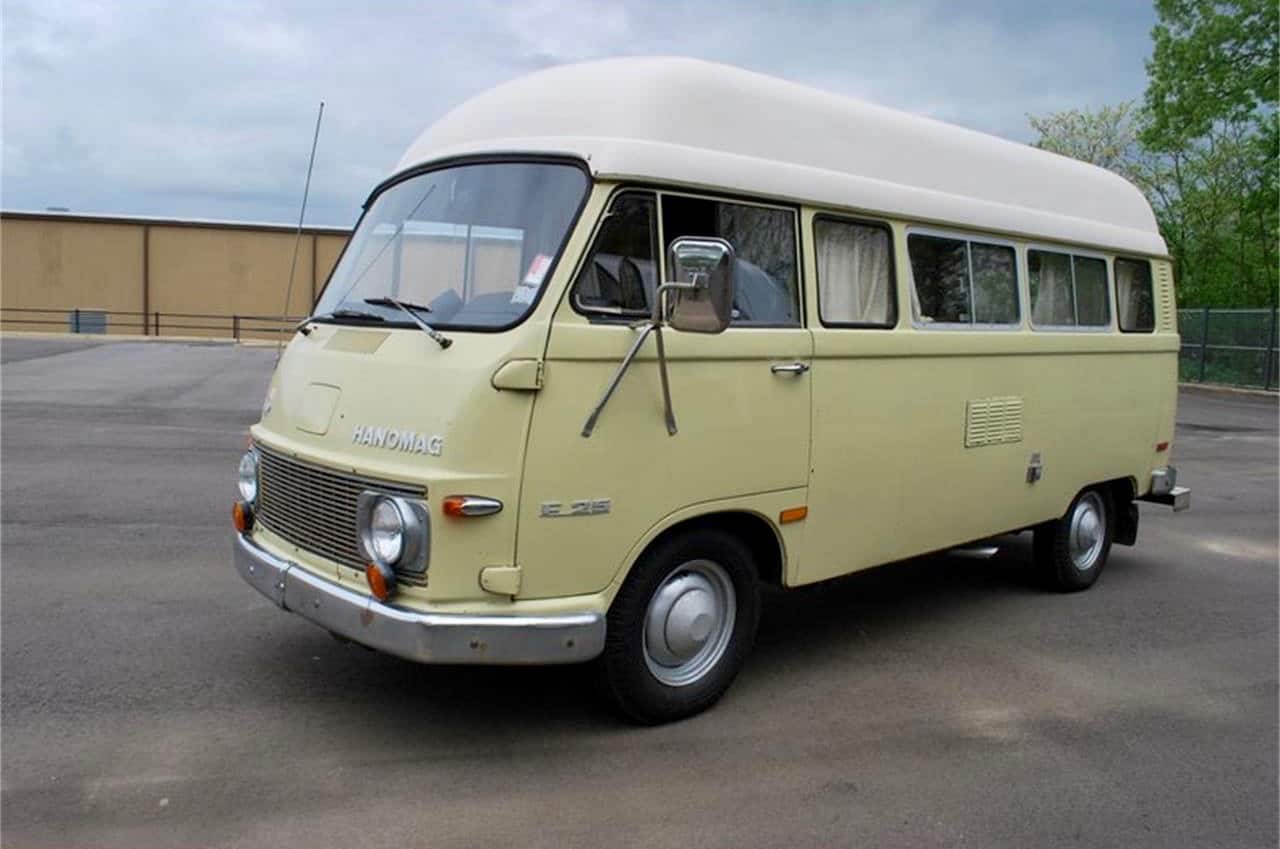 According to the headline on the advertisement on ClassicCars.com, the Pick of the Day is a 1970 Miscellaneous Recreational Vehicle located in Collierville, Tennessee.

But read on and discover that this is a Hanomag F25 van/bus with an inline 4-cylinder Mercedes-Benz diesel engine that was converted into a Kombi-style recreational vehicle similar to the more-common Volkswagen bus campers.

Hanomag was the contraction of Hannoversche Maschinenbau AG, a Germany company the traced its roots to 1935 when Georg Egestorff began building steam engines. Farming equipment joined the product mix and in the mid-1920s, the company started producing automobiles. By 1931, the Beaulieu Encyclopedia of the Automobile reports Hanomag had a 25 percent share of the small-car market in Germany, ahead of DKW and Audi.

During World War II, the auto plant switched production to 6-cylinder Maybach engines for military vehicles and after the war, it built trailers, farm tractors and trucks, although it did produce a prototype car for the 1951 Frankfurt Motor Show.

In the 1960s and ’70s, Hanomag’s farming business was sold to Masey-Ferguson, its truck production went to Daimler-Benz, its diesel-engine manufacturing to Volvo and its earth-moving machinery business to Komatsu. 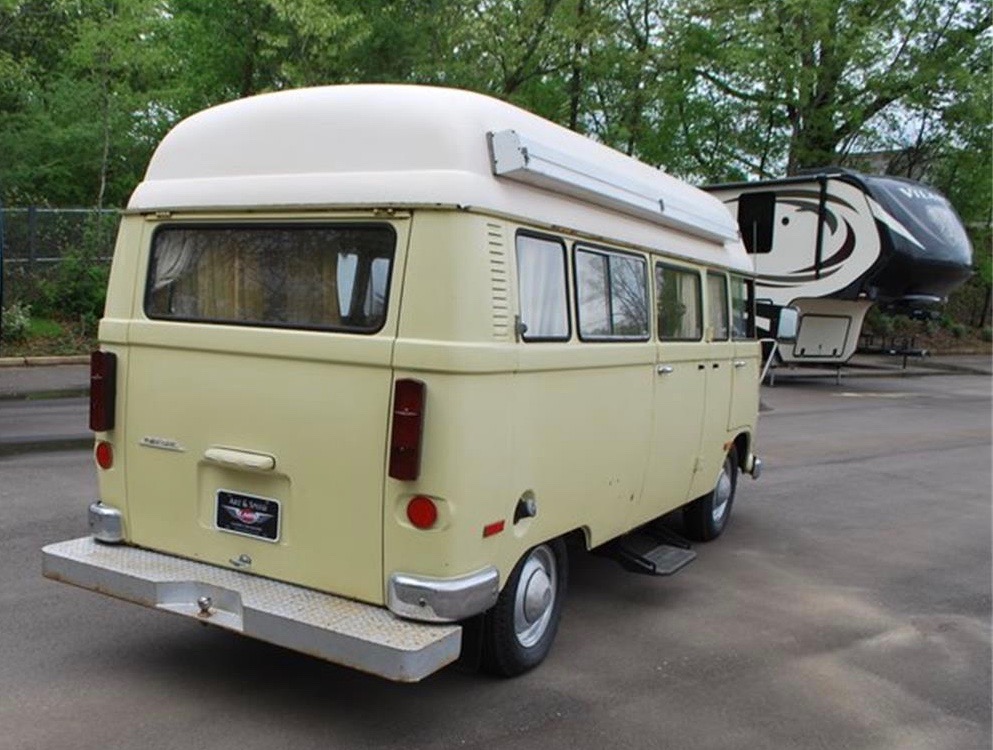 The RV on offer from a dealership in Tennessee is among the last of the Hanomag bus/vans. Unlike rear-engine VW campers, its front-engine, front-wheel-drive architecture provides not only a flat rear floor but also more interior space for people and equipment.

The dealership notes that the vehicle “makes for a perfect getaway vehicle to create your own beach front view or mountain escape.”

The RV has a 4-speed manual transmission, manual steering and drum brakes. It also has an extendable awning, and a Bostrom Viking T-Bar height-adjustable suspension seat for the driver.

“This Hanomag appears to be in original, unrestored condition and is solid and sound,” the dealership adds. “The diesel engine runs and drives strong, albeit a little cranky in the morning and in cold weather, typical of older diesel engines.

“These Vans were never sold in the US, making this Hanomag a far more rare vehicle among a field of VW Combis.”